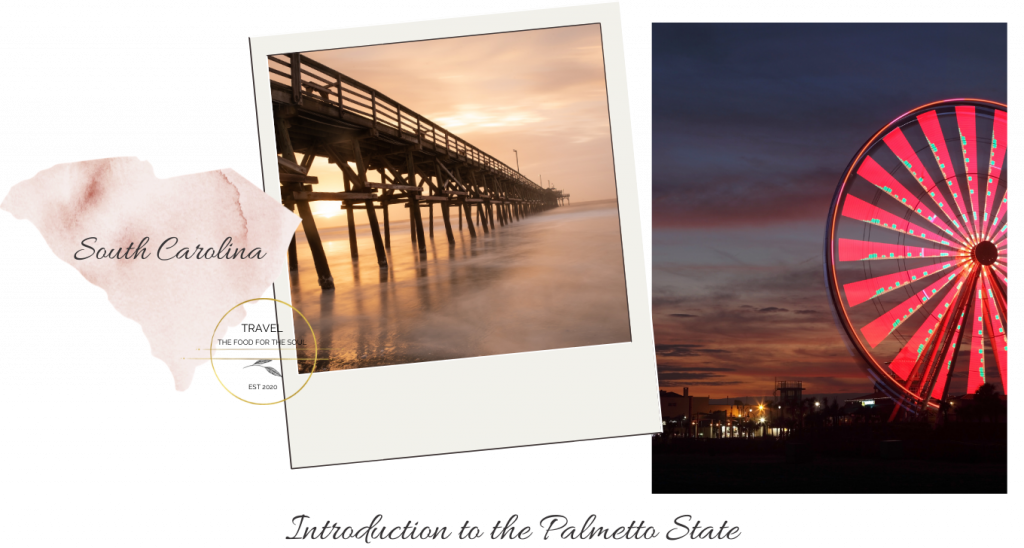 South Carolina: While there are other places to see South Carolina, my favorite is Myrtle Beach. A resort town with beachfront restaurants, boardwalk, beach access, and some of the US’s best seafood! Here is my South Carolina travel guide outlining major South Carolina attractions!

History: South Carolina was admitted to the union as the 18th state on May 23, 1788. South and North Carolina were one colony until 1729. Carolina was named to honor Charles IX of France and then Charles I and Charles II of England. South Carolina got its nickname, the Palmetto State, from its official State Tree, the Sabal Palmetto.

Geography: South Carolina is bordered by North Carolina on the north and by Georgia on the south and the west and the Atlantic Ocean on the east.

Drive: If you live in any of the neighboring southeastern states, you could easily drive to South Carolina.

Climate: Summers are scorching, humid, and with temperatures often above 90°F. Winters are mild to cold, with average daytime temperatures between 58°F – 62°F. Spring and autumn are wet with pleasant temperatures. Check current weather conditions in South Carolina.

Getting around: I recommend renting a car, CARTA – Charleston Area Regional Transportation Authority, and NASH Express bus services are your other options. 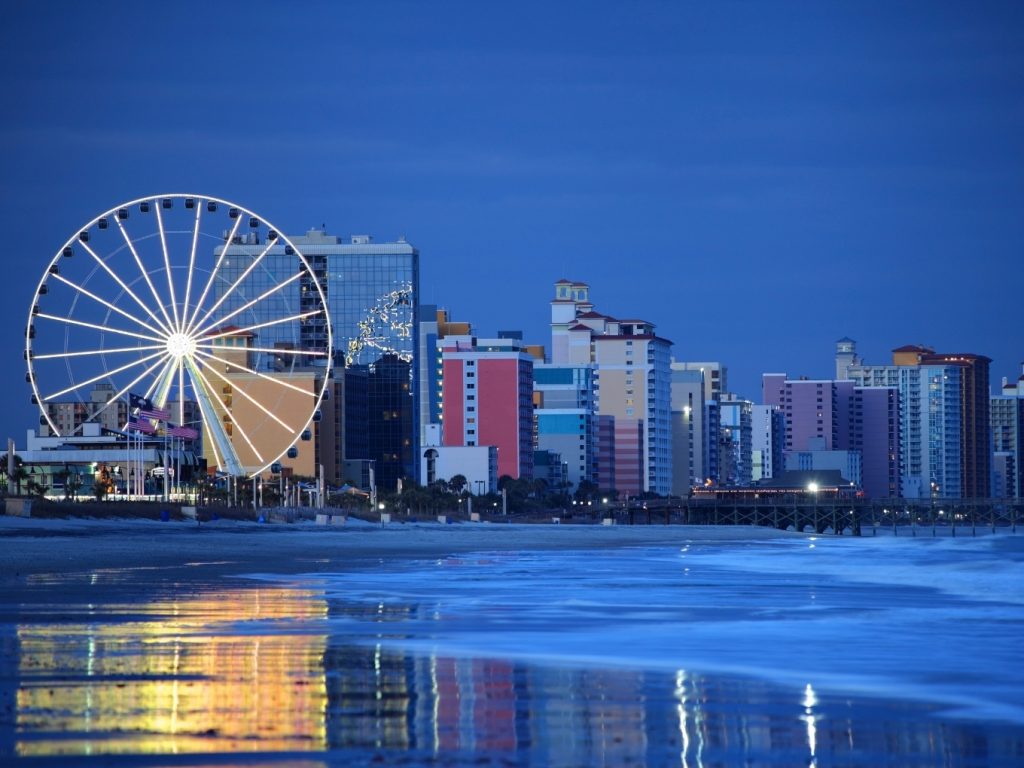 Is a city and a resort town on South Carolina’s Atlantic coast, a 60-mile string of beaches, often referred to as “The Grand Strand.” It’s home to resorts, beaches, beachfront restaurants, boardwalk, and so much more.