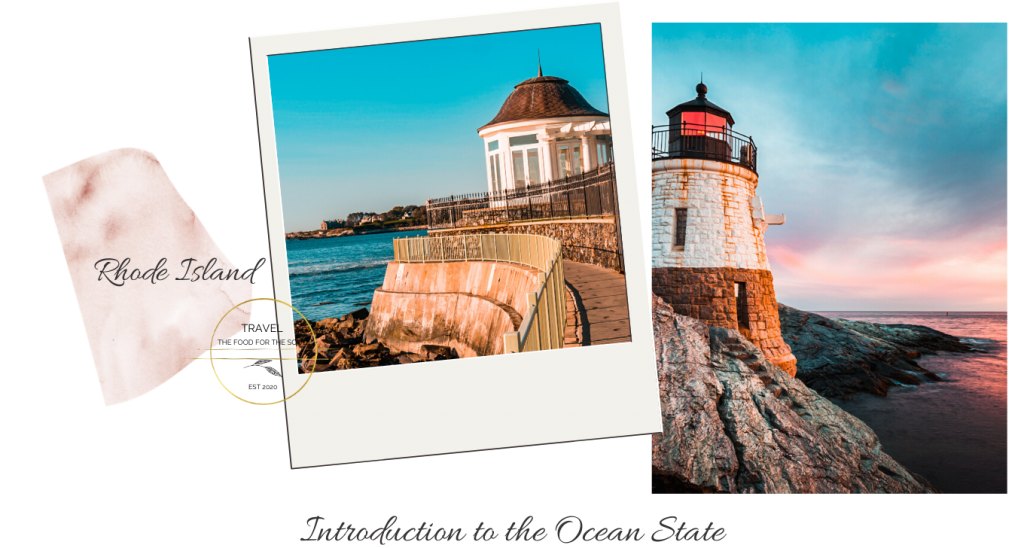 Rhode Island: Even though it’s the smallest state in the US, Rhode Island is quite charming and beautiful! Rhode Island is bordered by the Atlantic Ocean on the south, giving it access to a vast coastline. I loved the Newport Cliff Walk, and I am sure if you enjoy coastal views and beaches, you will love Rhode Island. Here is my Rhode Island travel guide outlining major Rhode Island attractions!

To make it easy for you to navigate the content, I have organized my Rhode Island travel guide into two sections. (1) A brief introduction to Rhode Island, a little history, some geography, commute, and weather. (2) Major Rhode Island attractions, if you wish, you can skip the introduction and move on to the next section, Rhode Island Attractions.

History: Rhode Island was admitted to the union as the 13th state on May 29, 1790. The Dutch explorer Adrian Block named the state, he named it “Roodt Eylandt,” meaning “red island” because of the red clay that lines the shore. The state’s nickname, the Ocean State, is because of its 400 miles of coastline.

Drive: If you live in any of the neighboring states, you could easily drive to Rhode Island. 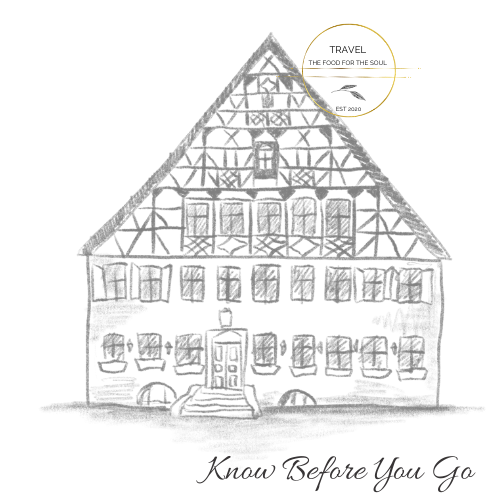 Climate: Summers are hot and humid, with average high temperatures above 90°F. Winters are quite cold with average temperatures ranging between 15°F – 20°F. Spring and autumn are mild with pleasant temperatures. Check current weather conditions in Rhode Island.

Getting around: I recommend driving around in Rhode Island, however, there’s a city bus system, operated by Rhode Island Public Transit Authority (RIPTA). 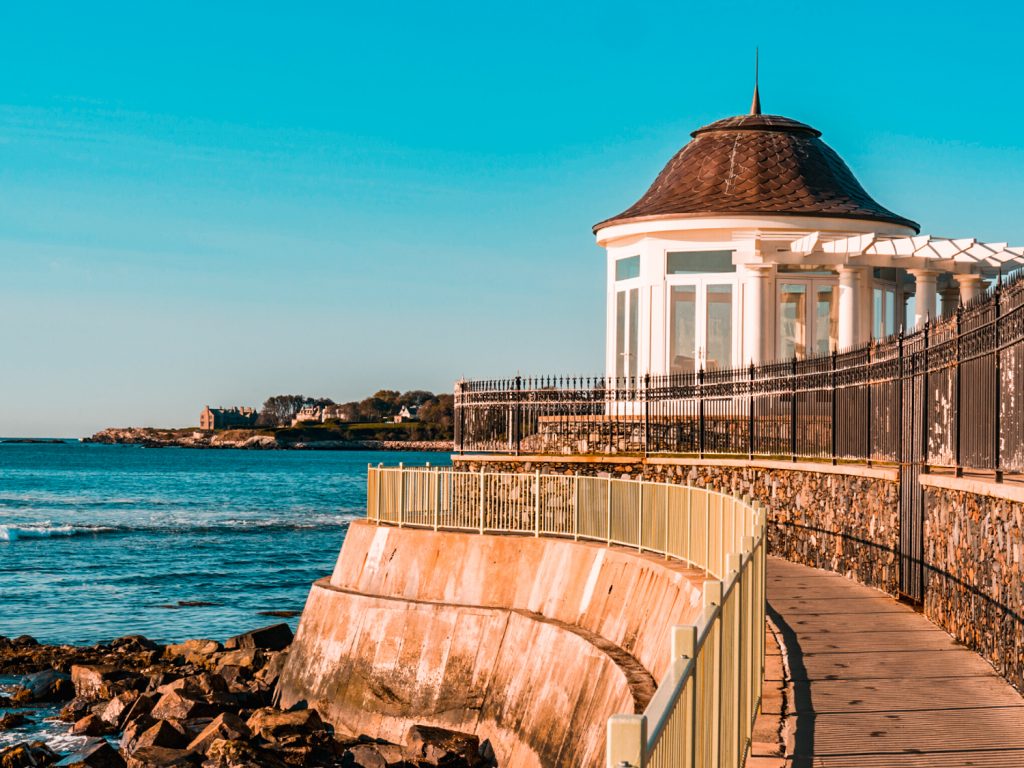 Newport’s enchanting 3.5-mile Cliff Walk, a National Recreation Trail, is one of the most beautiful coastlines in all of New England. The Cliff Walk takes around 2.5 – 3 hours, featuring breathtaking panoramic ocean views, crashing waves, and exquisite architectural history. The Cliff Walk has areas that are unpaved rocky. Please be extremely cautious on the trail.

Tip – You would at times find people referring to some states/regions in US as New England; New England is a northeastern region of the US, including the states of Maine, Vermont, New Hampshire, Massachusetts, Connecticut, and Rhode Island. New England existed even before the US was formed. The region was one of the first in North America to be settled by Anglos. It’s known for its Colonial past, coastline, autumn foliage, and mountains 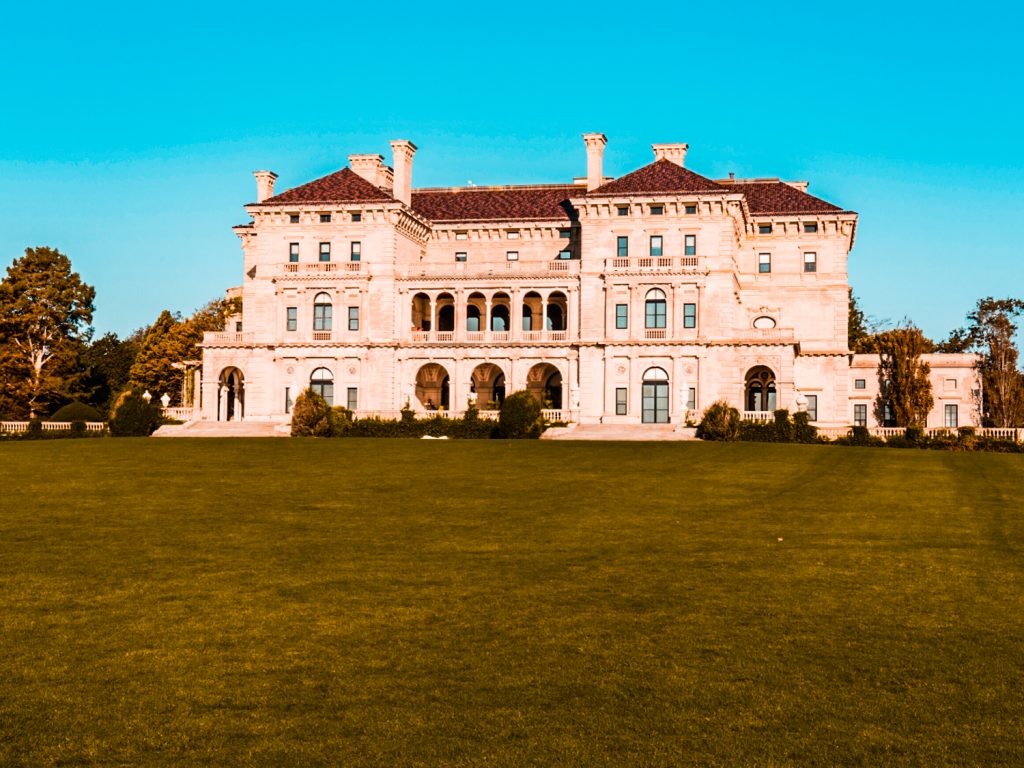 The Breakers is the grandest of Newport’s summer “cottages,” the summer home of Cornelius Vanderbilt II, Mr. Vanderbilt was the President and Chairman of the New York Central Railroad and the grandson of Commodore Cornelius Vanderbilt. Commodore Cornelius Vanderbilt made the family fortune from the steamship and railroad industries.  The 70-room mansion with a gross area of 125,339 was constructed in just two years, built between 1893 and 1895. The building became a National Historic Landmark in 1994, owned and operated by the Preservation Society of Newport County, offering self-guided and guided tours to the public. 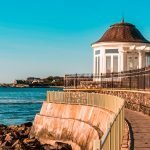 I hope you enjoyed reading the post, The Ultimate Rhode Island Travel Guide, and I hope it will help you plan your trip to Rhode Island. My favorite is the Newport Cliff Walk; I loved it there!