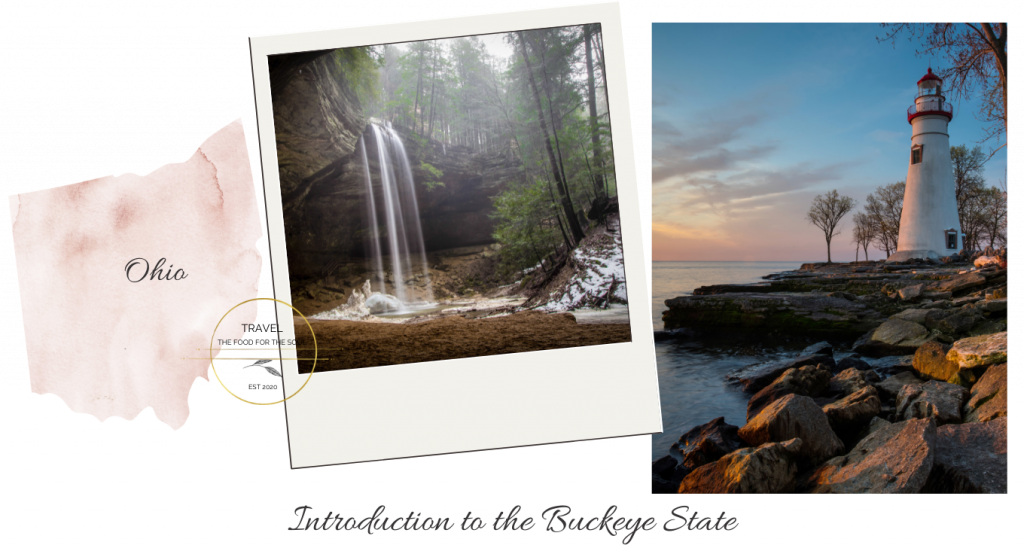 Ohio: There’s a ton of things to see and do in Ohio! Museums, amusement parks, island, safari-park, scenic state parks, zoo, and so much more! Here is my Ohio travel guide outlining major Ohio attractions!

To make it easy for you to navigate the content, I have organized my Ohio travel guide into two sections. (1) A brief introduction to Ohio, a little history, some geography, commute, and weather. (2) Major Ohio attractions, if you wish, you can skip the introduction and move on to the next section, Ohio Attractions.

History: Ohio was admitted to the union as the 17th state on March 1, 1803. The State is named after the Ohio River, Ohio, an Iroquois word, “O-Y-O,” which means “great river.” The state’s got its nickname, the Buckeye State, partially because many buckeye trees once covered Ohio’s hills and plains, and the name “buckeye” stems from Native Americans. They called the nut “hetuck,” which means “buck eye,” because the markings on the nut resemble the eye of a deer. Ohio, the birthplace of seven US presidents, home to the famous Rock and Roll Hall of Fame, birthplace of the first professional baseball team, and the birthplace of all-American favorite, the hot dog!

Geography: Pennsylvania and West Virginia border, Ohio on the east. On west Ohio shares its border with Indiana. On the north, Ohio is bordered by Michigan and Lake Erie and by Kentucky and West Virginia in the south. Ohio’s topography consists of rolling plains for the most part.

Drive: If you live in any of the neighboring states, you could drive to Ohio.

Climate: Summers are hot and humid in Ohio, with average high temperatures rising above 90°F. Winters are cold and bitter, with night temperatures falling below 15°F. Spring has warm temperatures, and autumn has pleasant temperatures and some rain. Check current weather conditions in Ohio.

Getting around: I recommend renting a car while in Ohio, Greyhound busses being the only other option to travel between cities in Ohio.

Best Places To Visit in Ohio 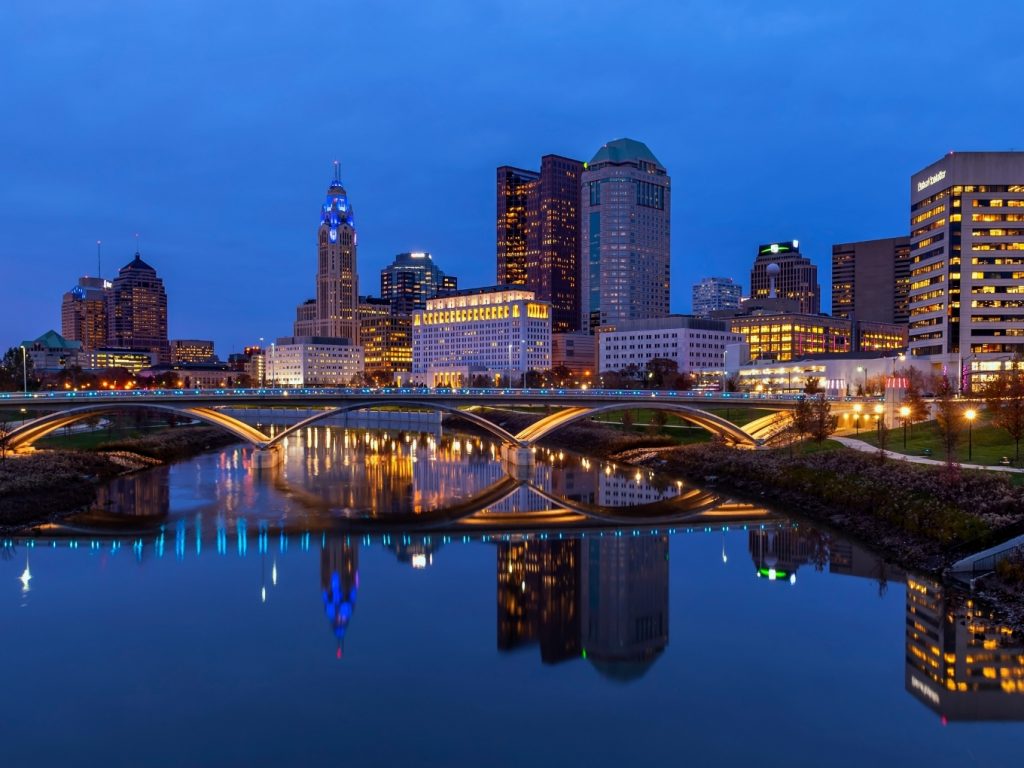 Columbus, a sprawling metropolis of the midwest, with a myriad of cityscapes, entertainment venues, and gateway to a few spectacular parks and museums located on the outskirts of the city! 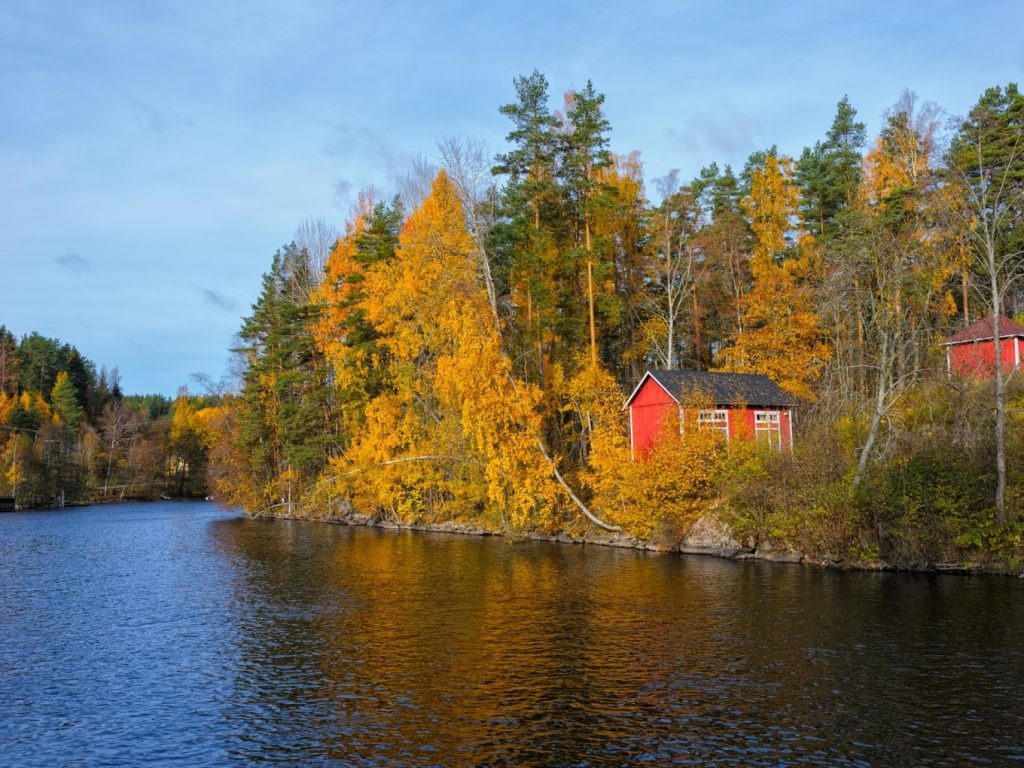 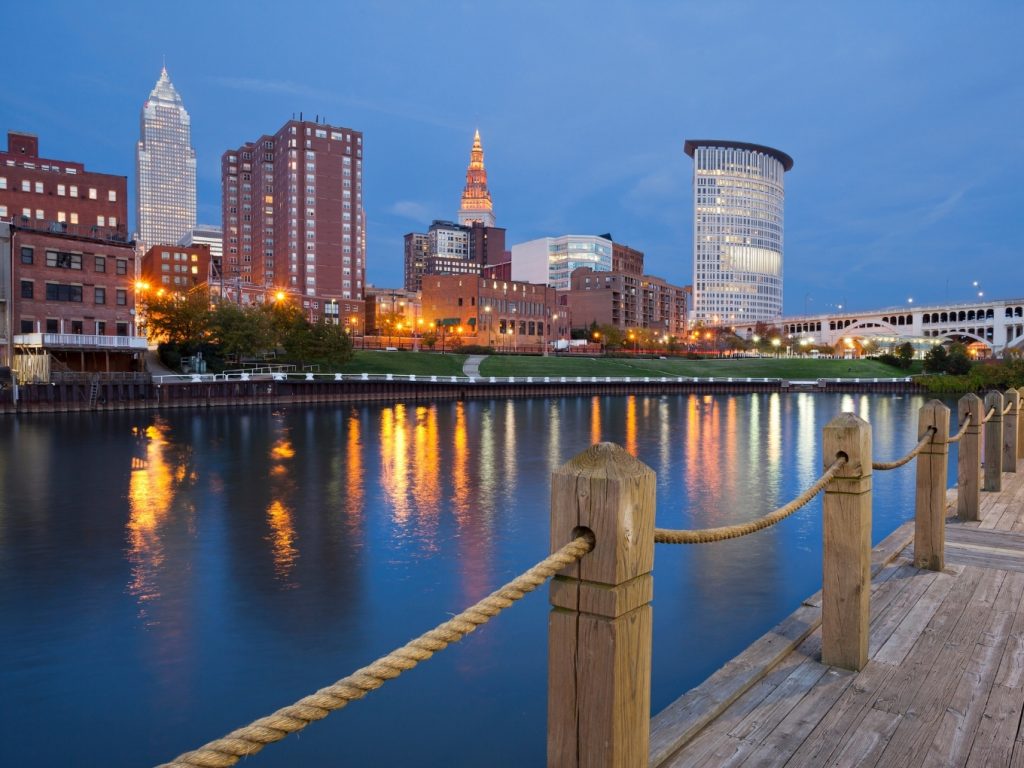 Cleveland, popularly known for its Rock and Roll Hall of Fame, is a city in northeast Ohio along the shores of Lake Erie with vibrant neighborhoods, art & theater districts, and world-class museums!