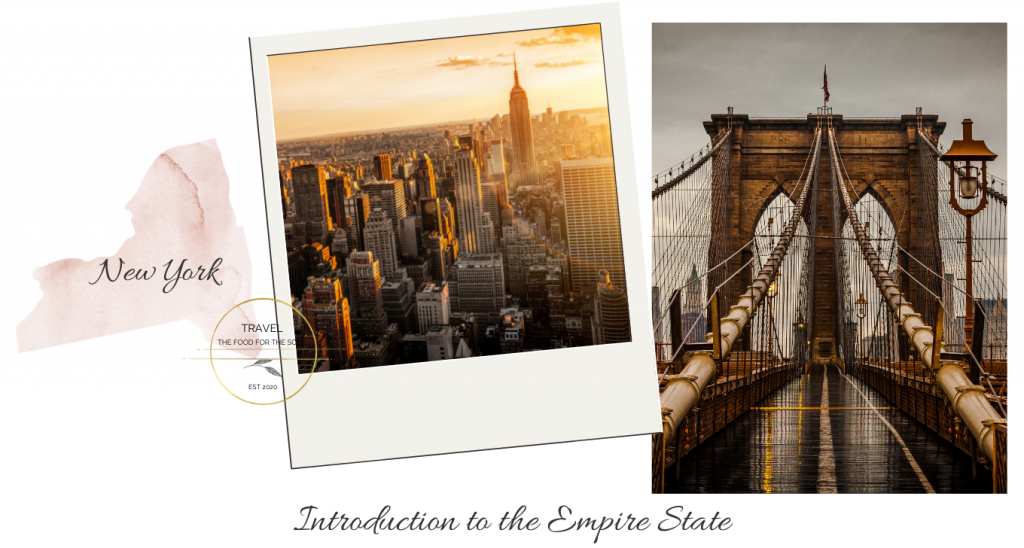 To make it easy for you to navigate the content, I have organized my New York travel guide into two sections. (1) A brief introduction to New York, a little history, some geography, commute, and weather. (2) Major New York attractions, if you wish, you can skip the introduction and move on to the next section, New York Attractions.

History: New York was admitted to the union as the 11th state on July 26, 1788. The state was named by the British to honor the Duke of York and Albany, the brother of England’s King Charles II. The exact origin of the state’s nickname, the Empire State, is unknown. Some say it’s because of its wealth and resources; some relate it to the Empire State building; and some give credit to George Washington, who referred to New York state as “at present the seat of the Empire,” in December 1784.

Drive: If you live in any of the neighboring northeastern states, you could drive to New York but keep in mind the traffic is horrible in New York, especially in New York City, I would instead suggest you fly or take a train to New York. 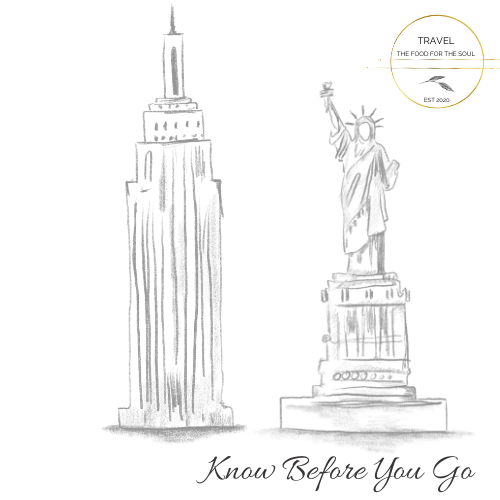 Climate: Summers are warm and humid, with day temperatures ranging between 70°F – 85°F. Winters are cold and snowy, with temperatures dropping below freezing in the north while south stays above freezing as it’s close to the Atlantic coast. Spring and autumn have pleasant temperatures and are the best time to visit New York. Check current weather conditions in New York.

Getting around: New York is amongst one of those few places in the US, where I recommend not renting a car, mainly if you’re visiting New York City, the traffic is terrible, and it’s tough to find parking close to the attractions. New York’s public transportation system, Metropolitan Transportation Authority (MTA) offers several options, including subways, buses, and ferries. However, if you’re planning to see the other part of the state like the Niagara falls, I would then recommend rending a car. 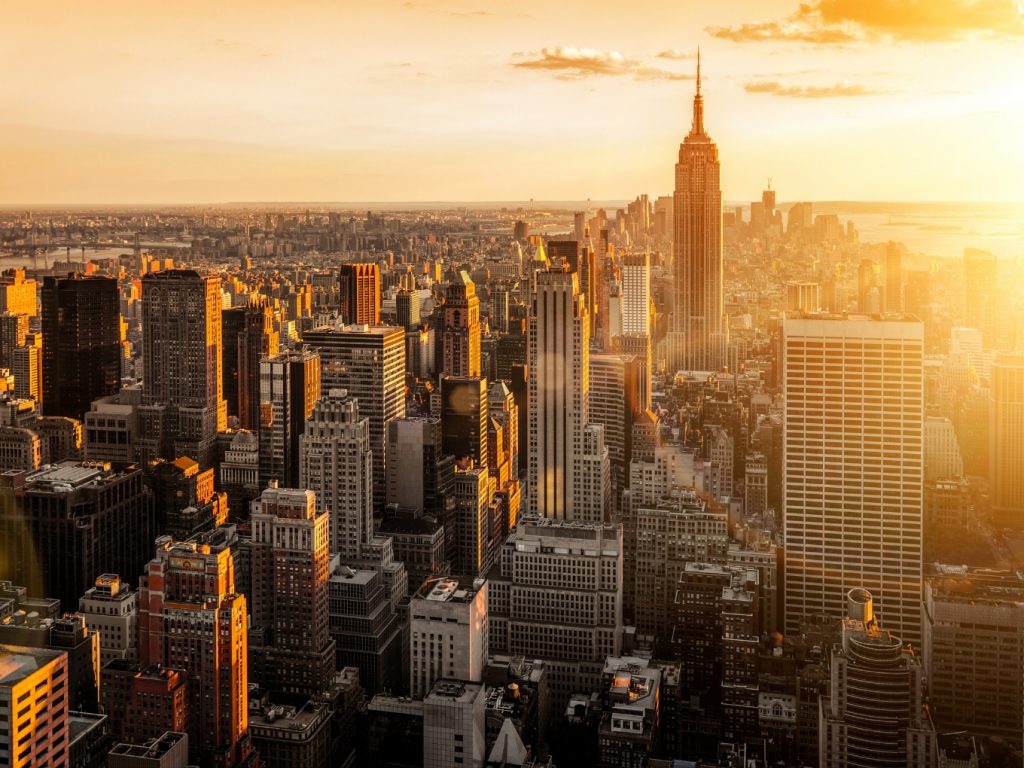 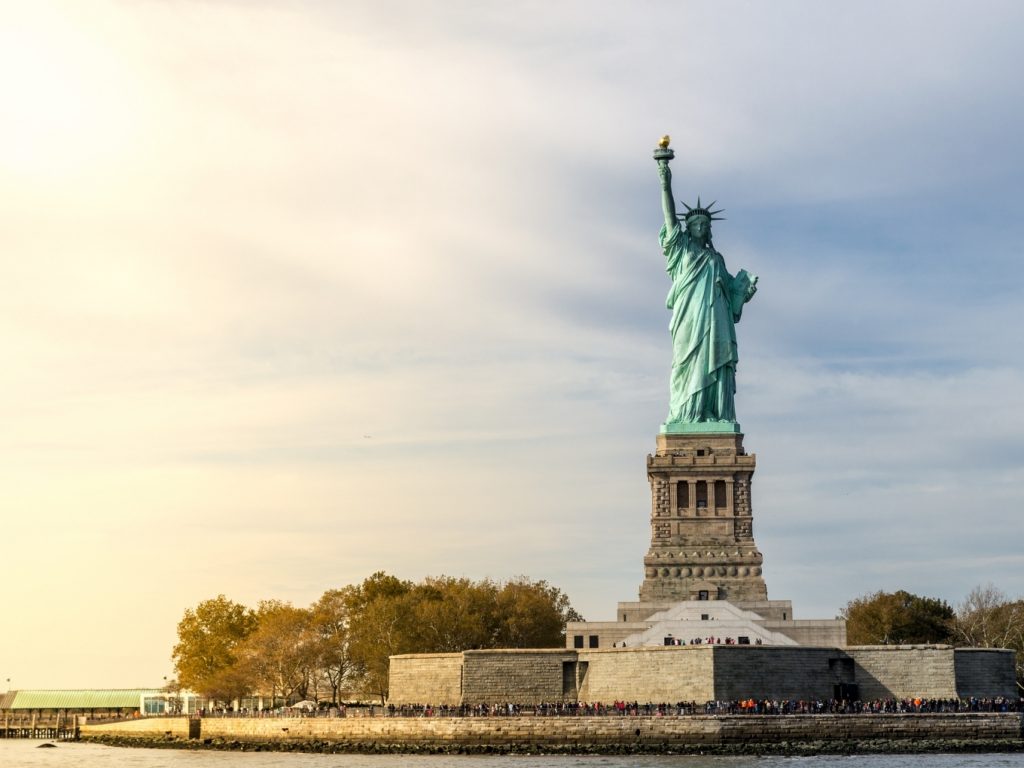 Named after the Roman Goddess Libertas, the monumental Statue of Liberty stands tall on the 12 acres Liberty Island in New York Harbor. It was a gift of friendship from the people of France to the US. 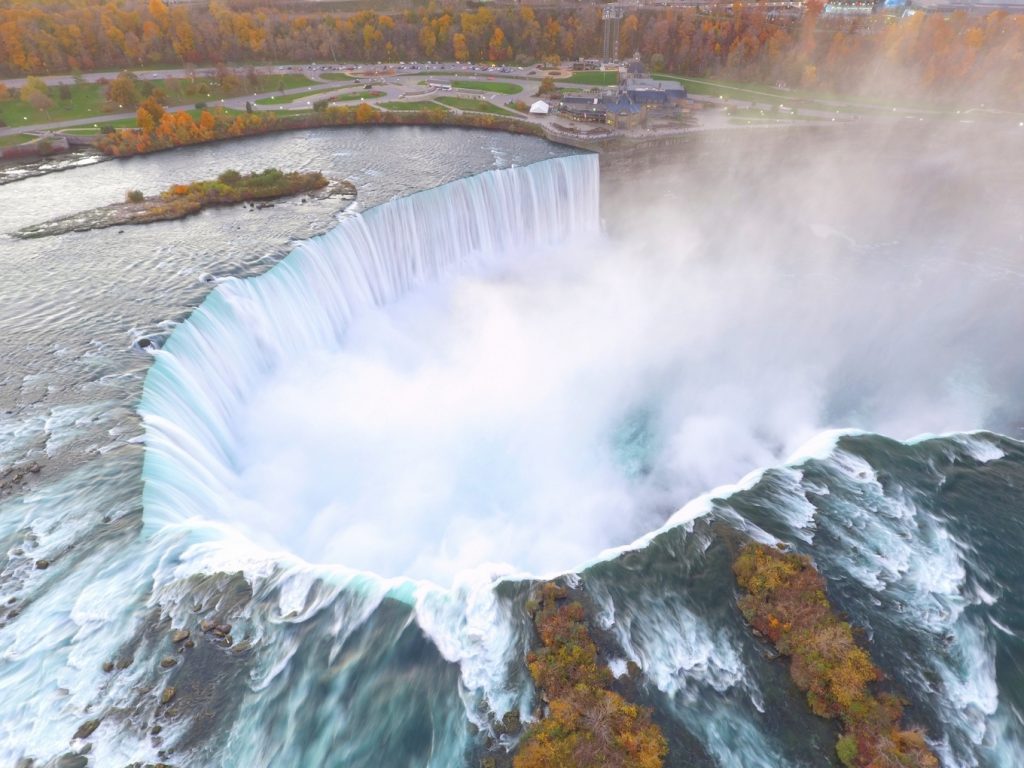 The spectacular Niagara Falls is one of the seven natural wonders of the world. The massive waterfalls, created 12,000 years ago by a glacier, are located on the border between the US and Canada.