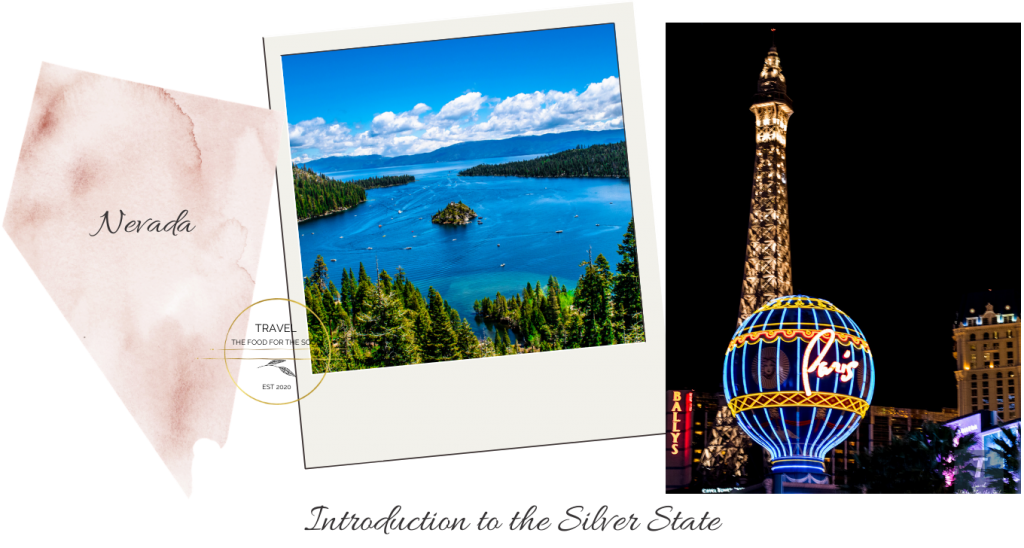 Nevada: The first thing that comes to my mind after hearing the name Nevada is Las Vegas! I love Las Vegas; what a human-made spectacle. I am not into gambling, but I love the vibe there! Nevada is also home to beautiful Lake Tahoe! So without further due, let’s dive into my Nevada travel guide, outlining the major attractions in Nevada!

To make it easy for you to navigate the content, I have organized my Nevada travel guide into two sections. (1) A brief introduction to Nevada, a little history, some geography, commute, and weather. (2) Major Nevada attractions, if you wish, you can skip the introduction and move on to the next section, Nevada Attractions.

History: Originally part of Mexico, the land was ceded to the United States in 1848, In 1850, Nevada was organized into the Utah Territory and then became its own territory in 1861. On October 31, 1864, Nevada was admitted as the 36th state. Nevada is known to be the driest state in the US, much of the state is deserted, and sagebrush (Nevada’s state flower) covered desert. Nevada became popular after the discovery of the Comstock Lode, located in Mt. Davidson, the richest known silver deposit in the US, in the year 1859. Today Nevada is called the gambling capital of the US and a leading entertainment center.

Drive: If you live in any of the neighboring states, you could drive to Nevada.

Train: Amtrak provides a rail service that passes through many states, including Illinois, Idaho, Nebraska, Colorado, Utah, Nevada, and California.

Climate: Summers are seriously hot and dry in Nevada, with summer day temperatures ranging between 100°F – 120 °F. Winters are long and cold in the north but short and mild in the south, with winter daytime temperatures ranging between 57°F –  38°F. Spring is warm, while the autumn has pleasant conditions. Check current weather conditions in Nevada.

Getting around: Nevada is the seventh-largest state in the US, is vast in terms of area, I highly recommend renting a car in Nevada. RTC offers public transportation in certain areas, and you would also find monorail services and private tours in Las Vegas.

Best Places To Visit in Nevada

The retreat of light in the heart of the Nevada desert, Las Vegas is a visual spectacle with its own Empire State Building, Statue of Liberty, Venice, Eiffel Tower, Egyptian pyramids, and much more. 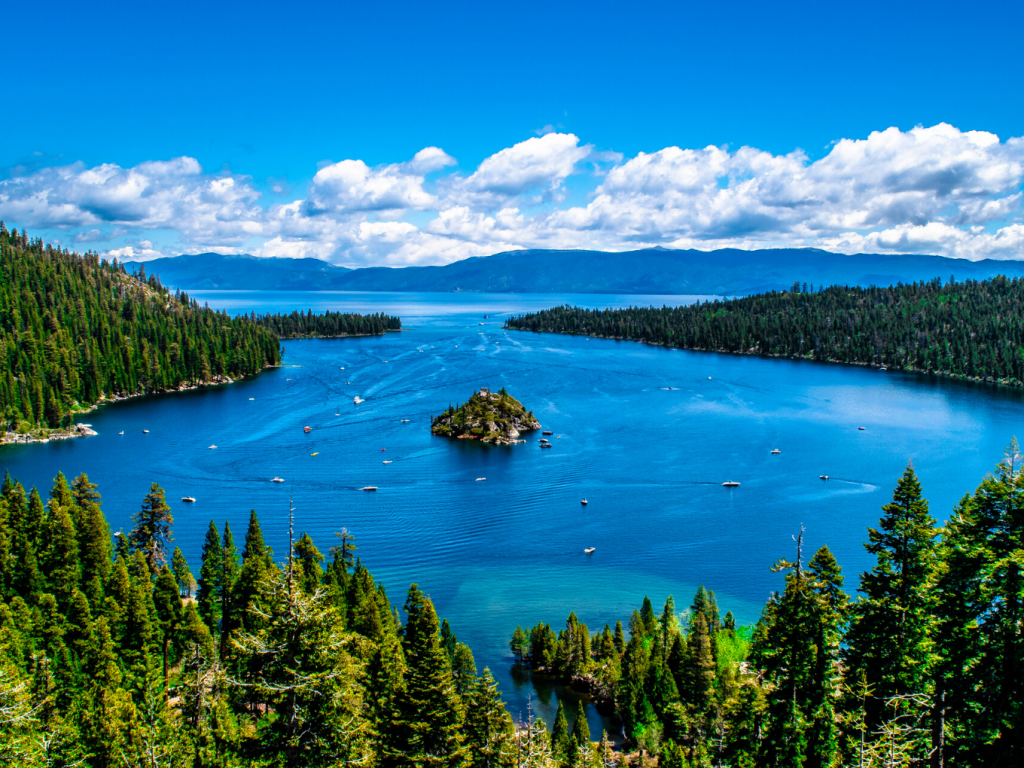 Lake Tahoe, well known for its crystal-clear blue water, is a resort region on the California-Nevada border. It attracts a lot of visitors throughout the year, popular for sightseeing and skiing. 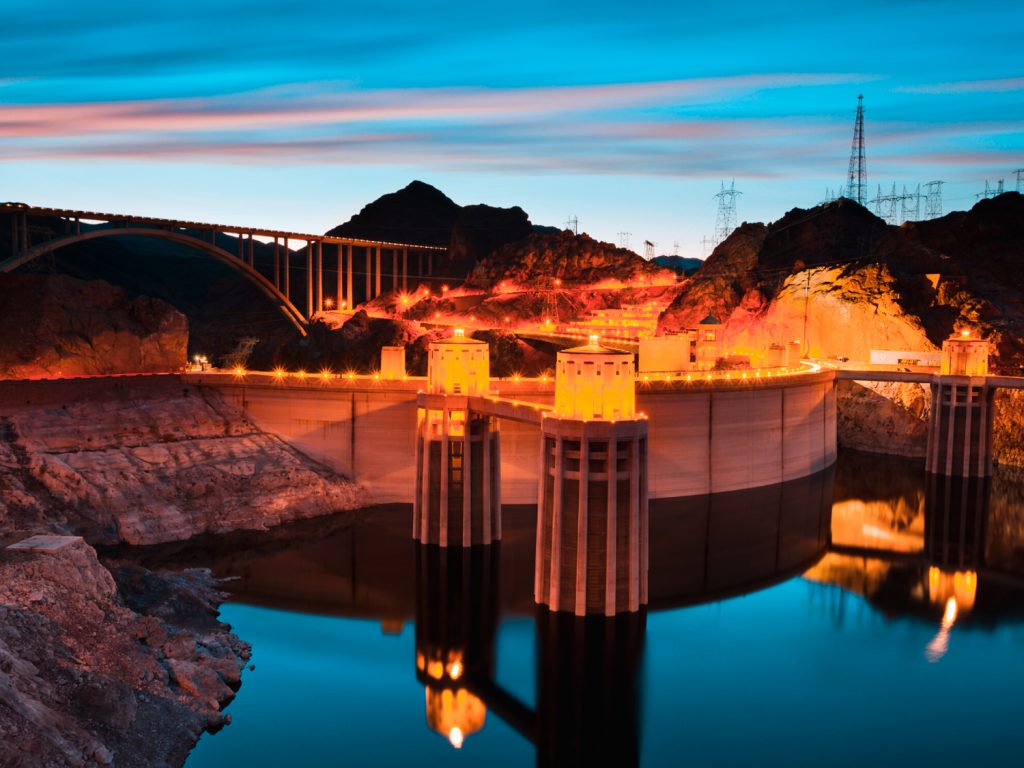 Hoover Dam is known to be the largest concrete arch-gravity dam in the US, located on the border of Nevada and Arizona. It is a popular tourist attraction, offering in-depth guided tours of the dam.