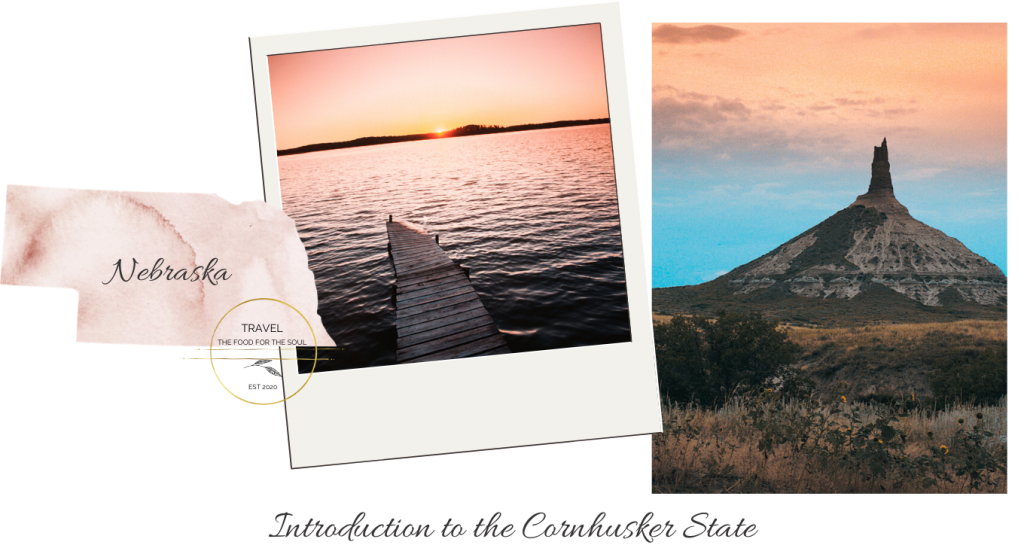 Nebraska: Home to the iconic Chimney Rock National Historic Site and beautiful Lake McConaughy! Nebraska might not be a popular touristy state, but it’s charming, and a perfect gateway to nature! Seeing Chimney Rock standing in the midst of nowhere is quite a view! Here is my ultimate Nebraska travel guide with the essentials you need to know for planning your perfect trip to Nebraska.

To make it easy for you to navigate the content, I have organized my Nebraska travel guide into two sections. (1) A brief introduction to Nebraska, a little history, some geography, commute, and weather. (2) Major Nebraska attractions, if you wish, you can skip the introduction and move on to the next section Nebraska Attractions.

History: Nebraska was admitted to the union as the 37th state on March 1, 1867. The state is named after the Platte River from the French, meaning “broad river.” Early explorers considered the areas as part of the great American desert, however, the state’s strong-willed farmers, fought hardship, drought, and insects to transform the desert into ranches and farms, making Nebraska a leading agricultural state. The state got its nickname, the Cornhusker State, as early settlers use to husk corn by hand.

Flight: The primary airports in Nebraska are the Lincoln Airport (LNK) at Lincoln and Eppley Airfield (OMA) at Omaha.

Drive: If you live in any of the neighboring states, you could drive to Nebraska.

Getting around: While renting a car is the best option but you will find bus service to/from cities state-wide on Greyhound. Omaha and Lincoln also offer local bus transportation to popular destinations within their city limits.

Best Places To Visit in Nebraska 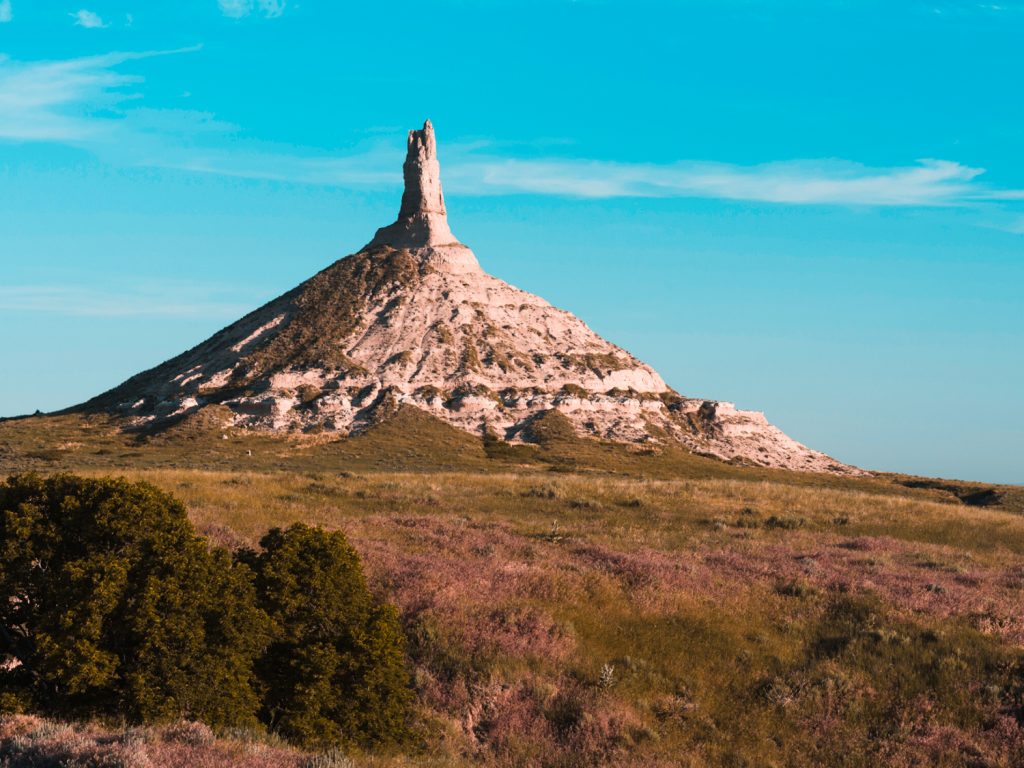 Towering 480 ft above the North Platte Valley, Chimney Rock, is a geologic formation. This rock formation has served as a landmark for people traveling along the Oregon, California trail, during the mid-19th century.

The Association of Zoos and Aquariums accredits the Omaha zoo, and the zoo is considered to be one of the best zoos in the world. Features several animal exhibits including Kingdoms of the Night, Lied Jungle, Desert Dome, to name a few. 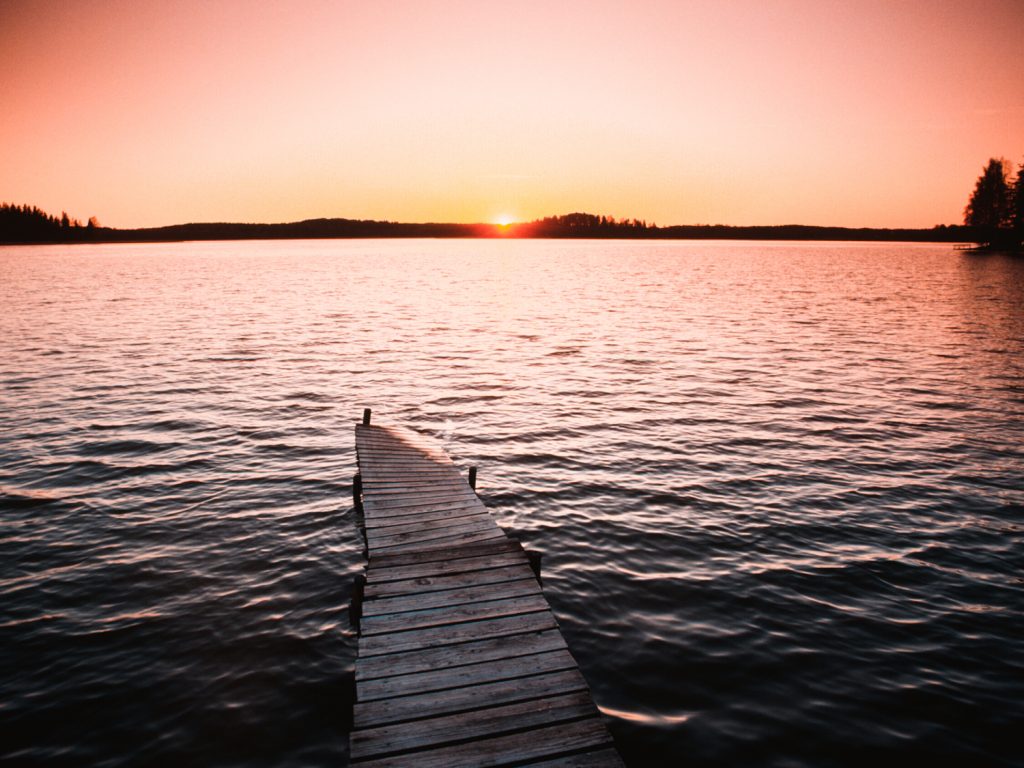 It’s the biggest lake in Nebraska, where you could relax in the natural white sand beaches, go fishing, and enjoy other outdoor recreational activities. 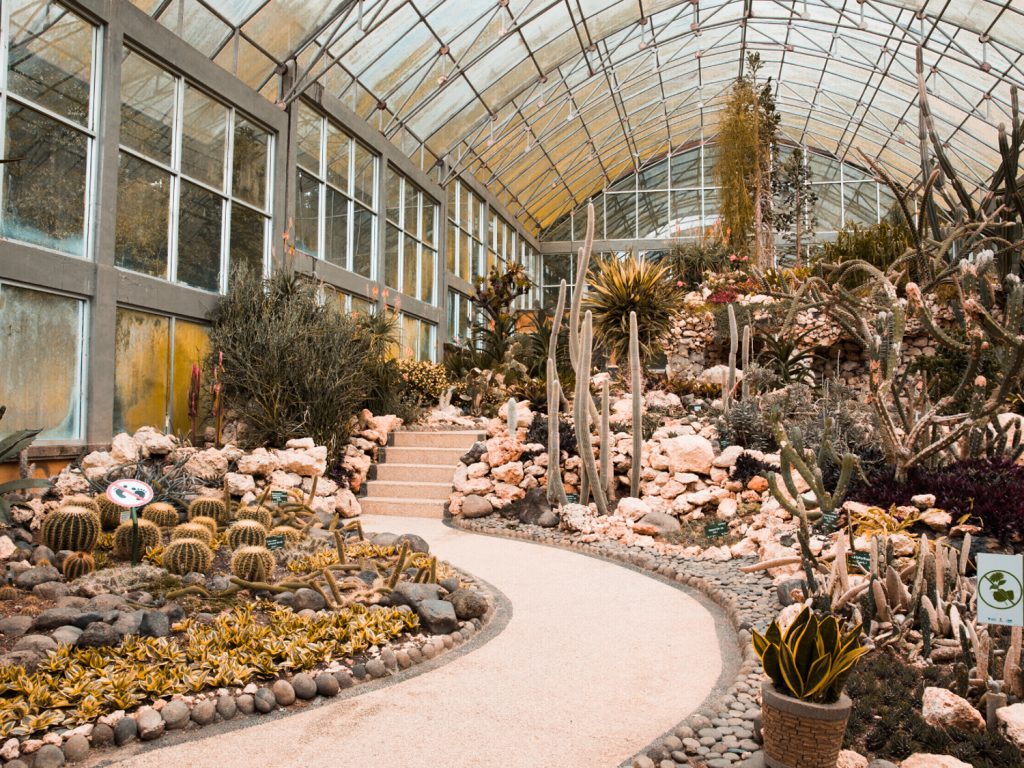 Is a botanical garden operated by Lauritzen Gardens in Omaha, Nebraska. There are several ways to explore the garden – a tram tour, walking tours, lunch included, and a few other options, find more here. 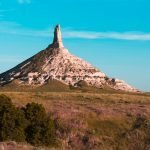 I hope my Nebraska travel guide will come in handy while planning your trip! My favorite part was exploring the Chimney Rock and spending time at the sandy beaches of beautiful Lake McConaughy.