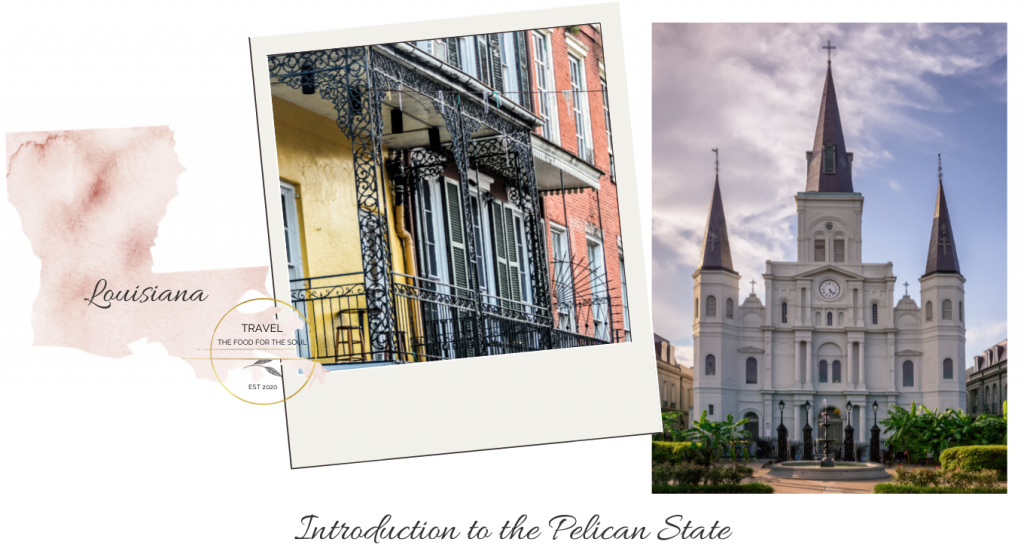 To make it easy for you to navigate the content, I have organized my Louisiana travel guide into two sections. (1) A brief introduction to Louisiana, a little history, some geography, commute, and weather. (2) Major Louisiana attractions, if you wish, you can skip the introduction and move on to the next section, Louisiana Attractions.

History: Louisiana was initially colonized by the French during the 18th century. It became U.S. territory as part of the historic Louisiana Purchase in 1803 and was finally admitted to the union in 1812. Louisiana got its name from the king of France, Louis XIV (1643 – 1715). The state got its nickname, the Pelican State, because of the abundance of Brown Pelicans found along the coast of Louisiana. The state is popular for its Mardi Gras celebration, a carnival event brought by the French, celebrated just before the beginning of Lent. It’s an extravagant festival, with parades, music, parties, food, street dances, and famous costumes and face-masks, drawing people from all over the world.

Geography: Arkansas borders Louisiana on the north, Mississippi on the east, and Texas on the west. Louisiana’s geographic landscape is quite diverse, with salt marshland along the Gulf of Mexico coastline, to the vast coastal plain along with few rolling hills.

Flight: Louis Armstrong New Orleans International Airport (MSY) and Shreveport Airport (SHV) are the major airports in Louisiana, with MSY being the busiest and economical.

Drive: If you live in any of the neighboring states, you could drive to Louisiana. 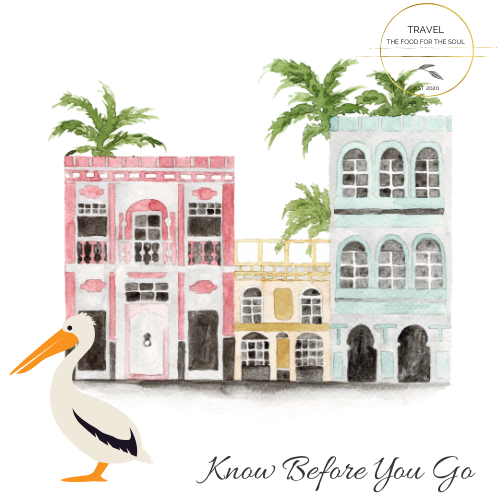 Climate: Summers are hot and humid in Louisiana with average high temperatures above 90°F, but due to high humidity, the heat feels like 120°F. Winters are mild, with average low temperatures between 37°F – 46°F. Spring and autumn are milder than the summer. Check current weather conditions in Louisiana.

Getting around: I highly recommend renting a car, but if that’s not an option, then you could check out Greyhound Bus Lines; they offer services in major cities in Louisiana.

Best Places To Visit in Louisiana 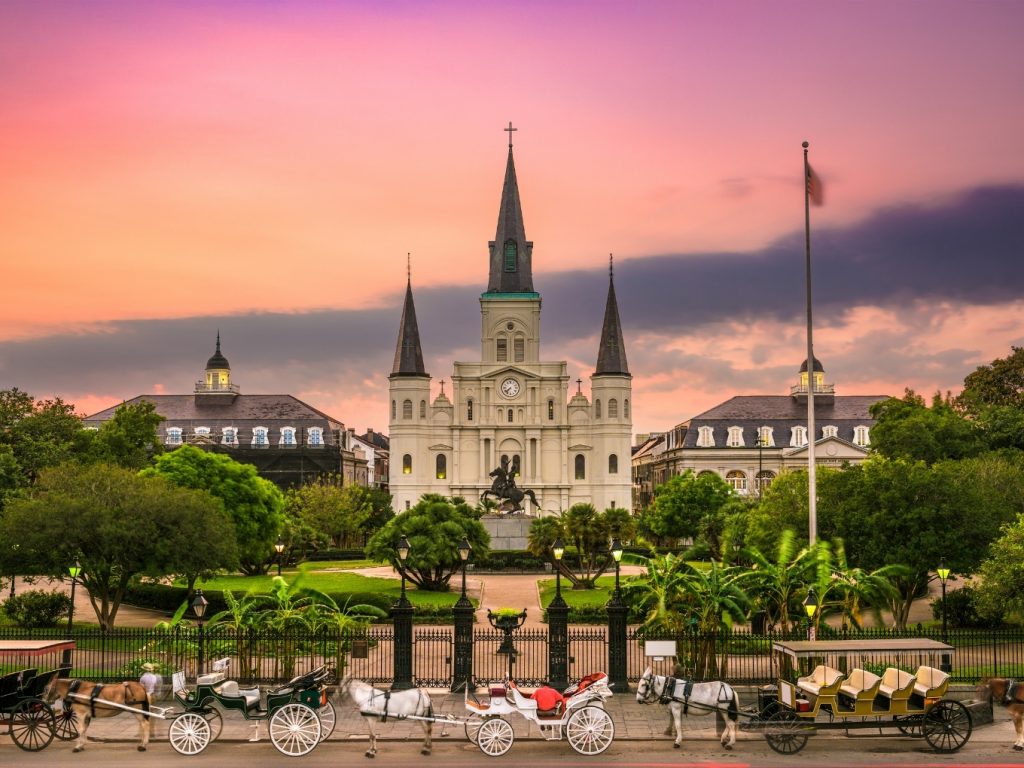 New Orleans is mostly known for its Mardi Gras celebrations, jazz music, and Cajun cuisine. It’s a melting pot of different cultures with a rich history and is home to some major tourist attractions. 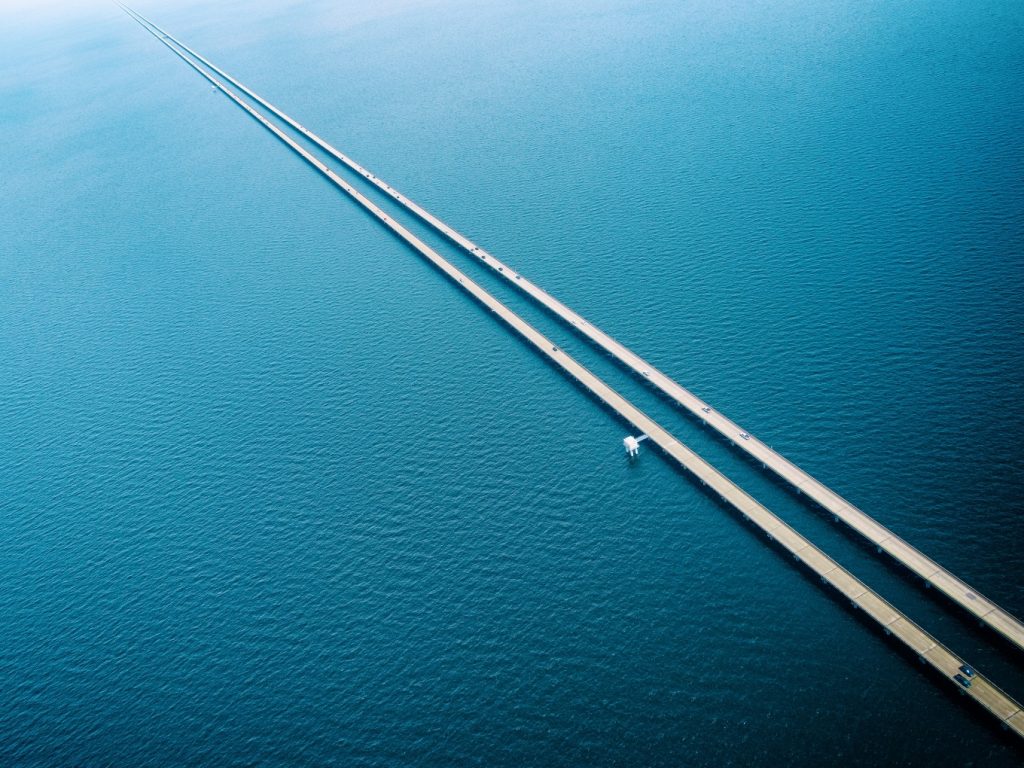 Is known to be the world’s longest bridge over an open water body. It crosses in the middle of Lake Pontchartrain, a large saline lake and wetlands area in southeast Louisiana, and a must-see. 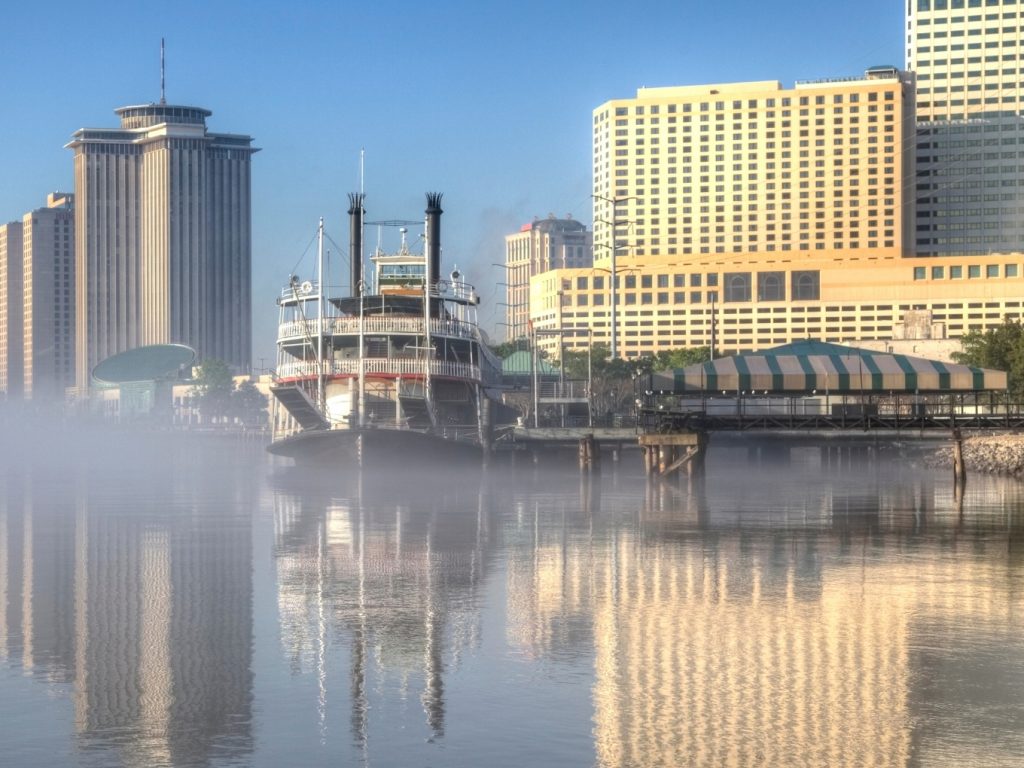