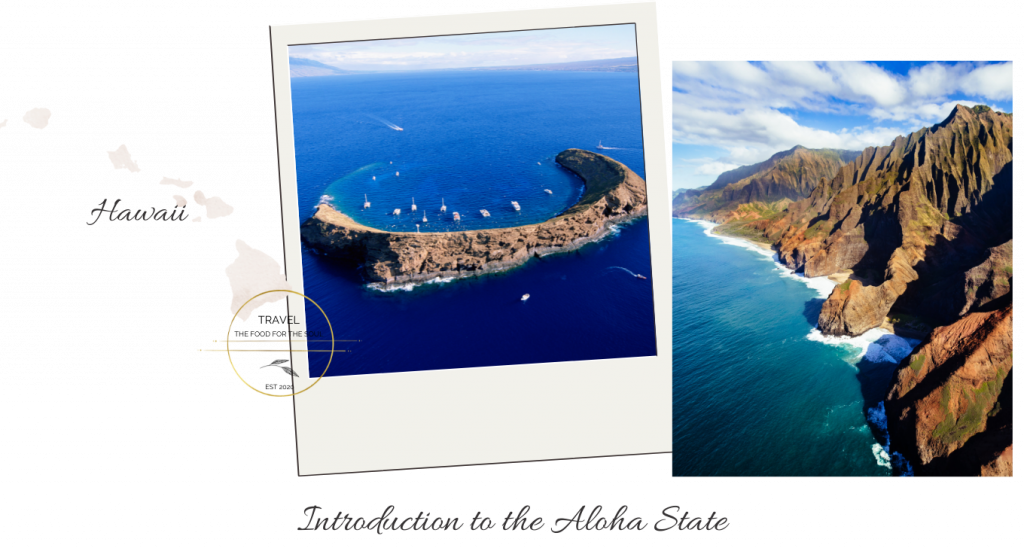 Hawaii: The Aloha State, also known as the “Paradise of the Pacific.” Let’s begin with Aloha, what “Aloha” means: Aloha, is a Hawaiian word used when greeting or parting from someone, simple translation to English is “the presence of breath”; Alo – means presence and ha mean breath, but has a profound cultural and spiritual significance. The underlying meaning of Aloha in Hawaii is – love, affection, peace, compassion, sympathy, kindness, and mercy. It’s a way of living in harmony and treating each other with love and respect.

To make it easy for you to navigate the content, I have organized my Hawaii travel guide into two sections. (1) A brief introduction to Hawaii, a little history, some geography, commute, and weather. (2) Major Hawaii attractions, if you wish, you can skip the introduction and move on to the next section, Hawaii Attractions.

History: It’s believed that the first settlers, were originally from the Marquesas Islands, arrived in Hawaii around the 4th or 5th century AD. The second wave of Polynesian voyagers came around 1000 AD, who came from Tahiti. Europeans arrived much later in Hawaii, starting with Captain James Cook, the famous English explorer, in 1778. Initially, the natives welcomed Cook with love and joy, believing that he was the GOD of the fertility of the land. But Cook was later killed over a dispute in the Big Island of Hawaii.

During Cook’s visit, the island chain was divided into three kingdoms: Hawaii, Oahu and Maui, and Lanai and Molokai. King Kamehameha (1758-1819) the ruler of the Big Island who later defeated the local rulers of other Islands: Maui, Lanai, Molokai, Oahu, and Kauai. After his death, King Kamehameha III ruled the Islands from 1825 until he died in 1854. He was the one who welcomed and listened to the missionaries and allowed them to establish schools and preach Christianity. The sugar industry was introduced during this time, people from all over the world arrived in the Islands and brought plantation workers, to Hawaii, from foreign nations. Threatened by European countries, the US began to seek expansion.

In 1875, a deal of exchange was negotiated and finally approved in the year 1887. This granted US the exclusive right to establish a naval base at Pearl Harbor. Next, Queen Lili’uokalani took the oath to maintain the constitution in 1887, after several disputes and problems, in March 1897 the negotiations with the US resumed under President McKinley. Shortly after, Hawaii was united by a joint resolution of Congress, and then in 1900, Hawaii became an established territory of the US.

Sugar and pineapple were the primary industries of Hawaii. On December 7, 1941, Japan attacked Pearl Harbor in Oahu, which led US to enter World War II. In World War II. In the year 1958, Hawaii voted in favor of becoming a US state, and in March 1959, a bill was signed, which led to statehood. Finally, Hawaii became the 50th state on August 21, 1959, to join the union. Tourism is one of Hawaii’s primary industries.

Geography: Hawaii is a group of volcanic islands in the central Pacific Ocean, created by a hot spot (a lot of heat concentrated in a small area, eventually, the heat causes the overlying rock to melt, and magma floats to the surface) on the ocean floor about 70 million years ago. Hawaii consists of 8 main islands: Kauai, Maui, the Big Island of Hawaii, Oahu, Molokai, Lanai, Niihau, and Kahoolawe.

Cruise: If you don’t want to fly, then a cruise is your only other option. These days there are a lot of options; the majority of Hawaii cruises depart from Los Angeles and San Diego. Cruises to Hawaii mostly docks in Honolulu and, on average, lasts for 10 to 15 days. 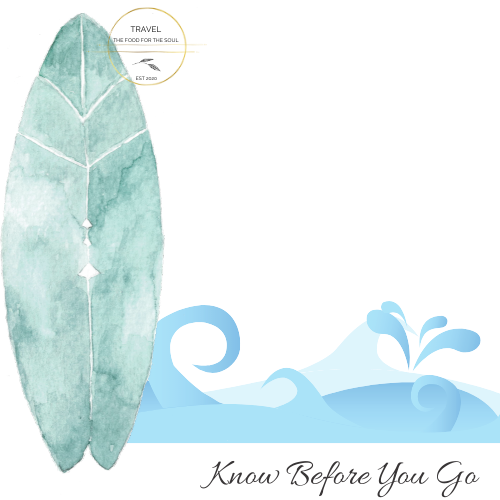 Getting around: Hawaii consists of 8 main islands: Kauai, Maui, the Big Island of Hawaii, Oahu, Molokai, Lanai, Niihau, and Kahoolawe. Based on your itinerary, visiting just one island or multiple islands, here are the best options:

Traveling within an Island: Renting a car is the best option, all airports in all Hawaii islands have rental car facilities. Based on the island you’re visiting, you might find some tour busses and trolleys too. Rideshare is also an option, but I would highly recommend renting a car.

Inter-island Transportation: Flights: you will find daily and frequent puddle-jumper services between the Hawaii islands, most of them going through Honolulu International Airport (HNL). The other option is the inter-island ferries (1) The Molokai Ferry departing twice a day from Lahaina, Maui, to the nearby island of Molokai and (2) The Maui-Lanai Expeditions Ferry departing from Lahaina to Manele Bay.

My Tip for First Timers: I highly recommend the Norwegian’s Pride of America, 7-Day Hawaii round-trip Honolulu cruise. This is the only cruise sailing 4 Hawaiian islands in 7 days, embarking and disembarking from Honolulu. This cruise is the only way to cover the most, without having to worry about inter-island transfers, hotels, food, and onboard entertainments. You get off the ship in the morning, get into a rental car shuttle, rent a car, explore the island, return the car at the end of the day and come back to the ship. Enjoy onboard entertainment and dine in your choice of restaurant.

Best Places To Visit in Hawaii 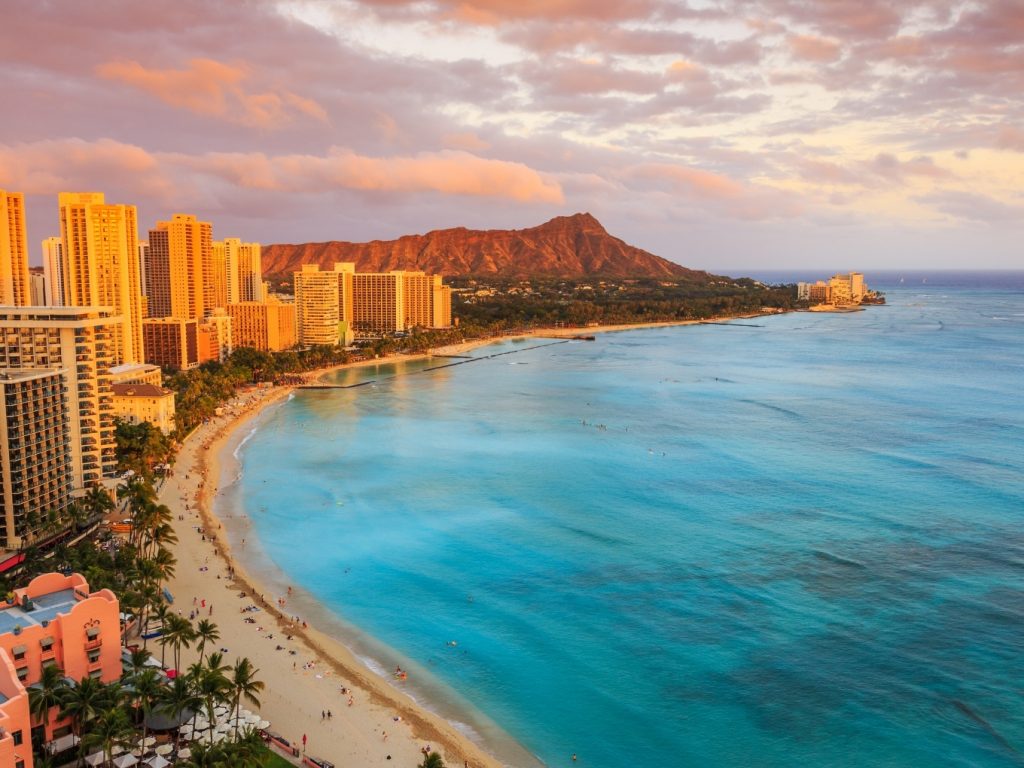 Oahu also called “The Gathering Place” is home to the state capital, Honolulu, and is the third-largest Hawaiian island. Highlights: Pearl Harbor, Waikiki, Diamond Head, North Shore and much more. 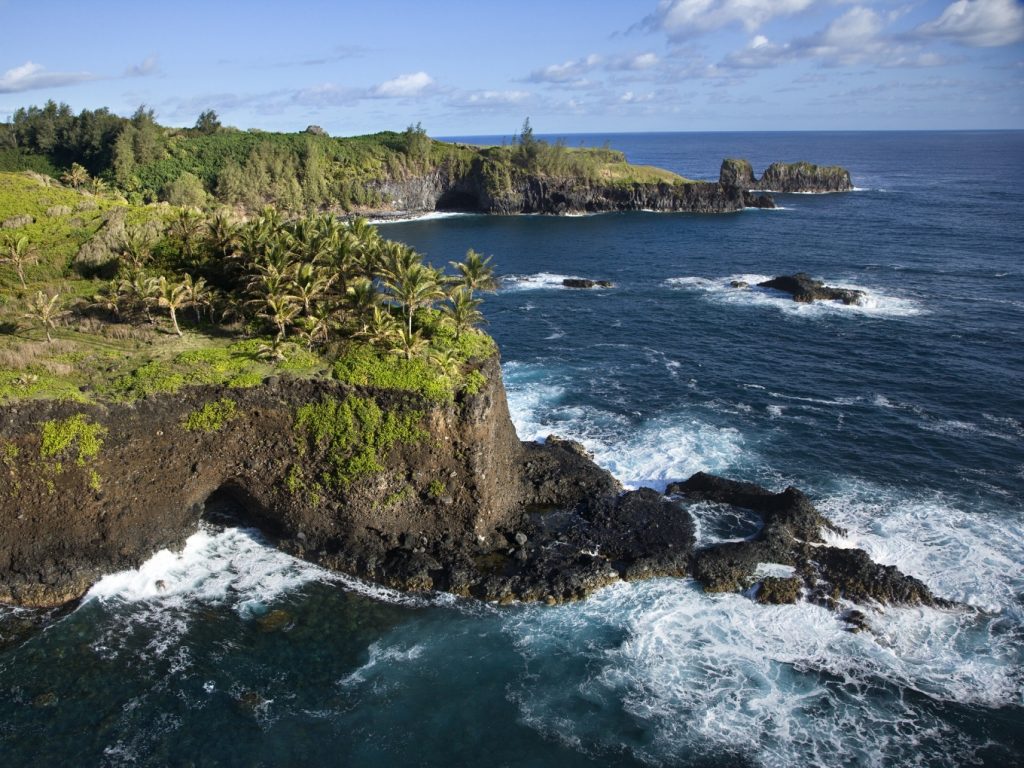 Maui, also called “The Valley Isle” earned its nickname due to the great valley that lies amidst its two major volcanoes. The older and extinct West Maui Mountains and the dormant Haleakala volcano. 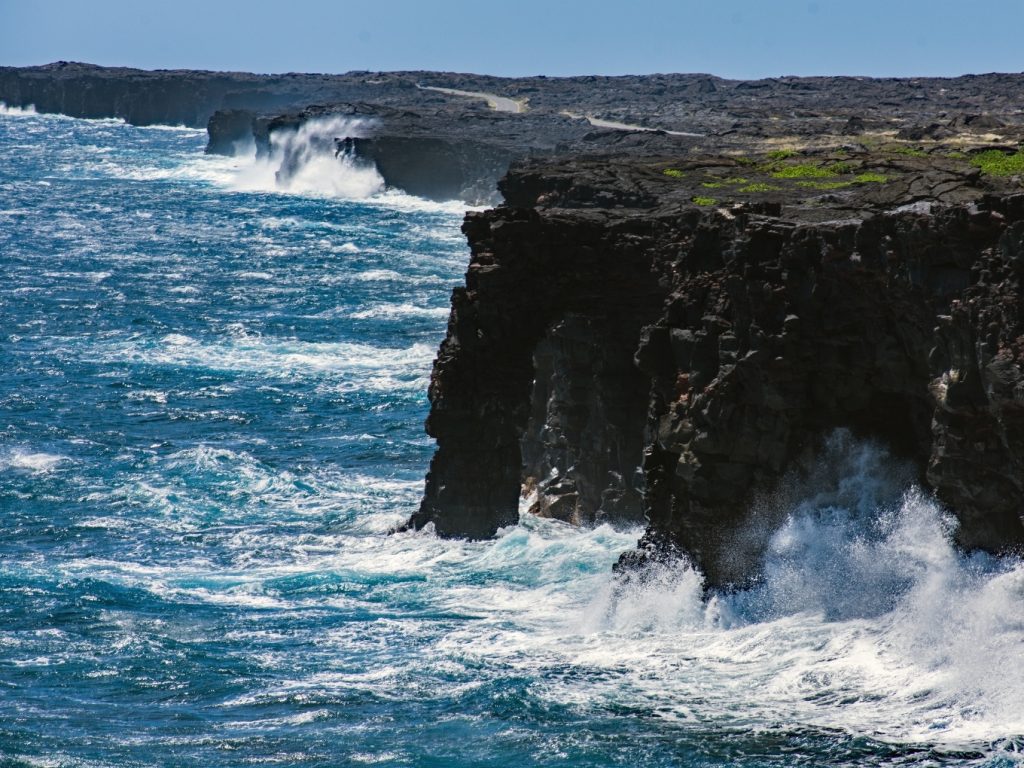 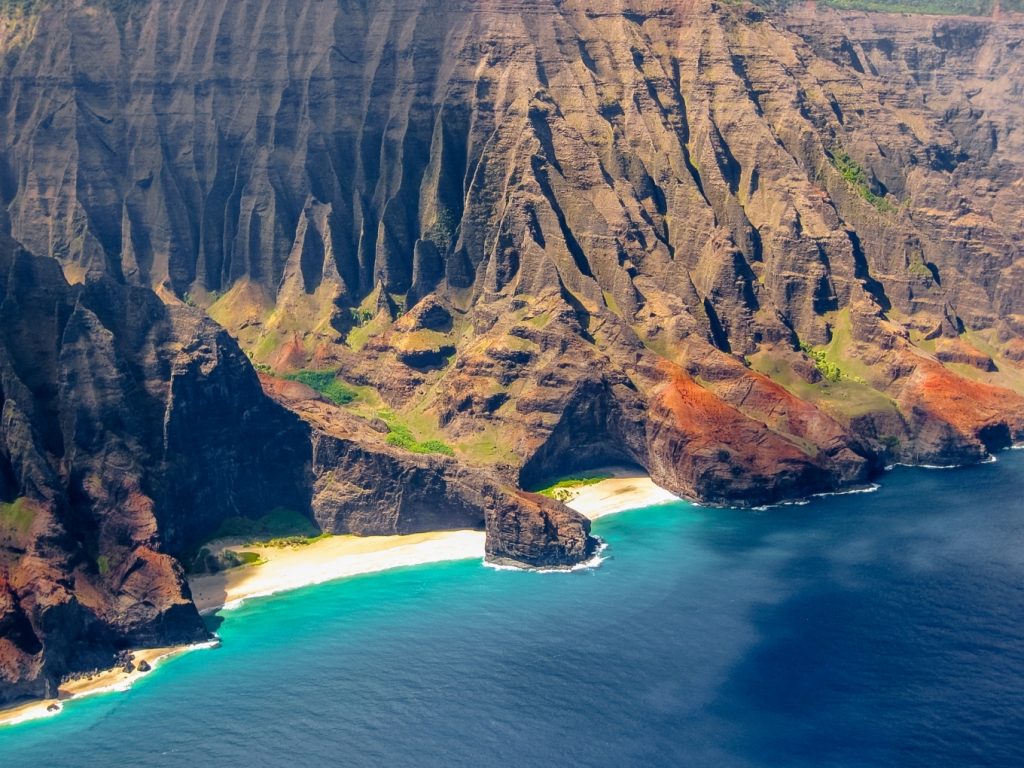 Kauai, called the Garden Isle, is known for its natural beauty consisting of thick tropical rainforests, cascading waterfalls, rivers, and beaches. Kauai is the oldest and northernmost island in the Hawaiian chain. 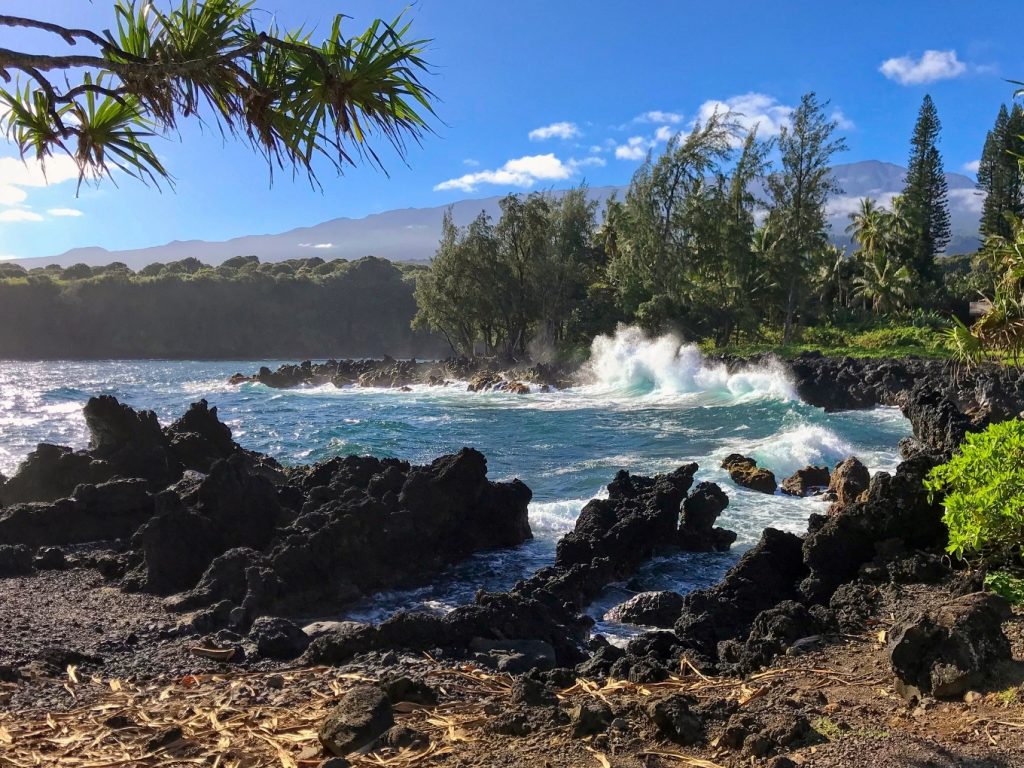 Hana Highway, also commonly known as the Road to Hana, is a very picturesque and mesmerizing drive with rainforests, waterfalls, gardens, white, red, and black sand beaches along the way. 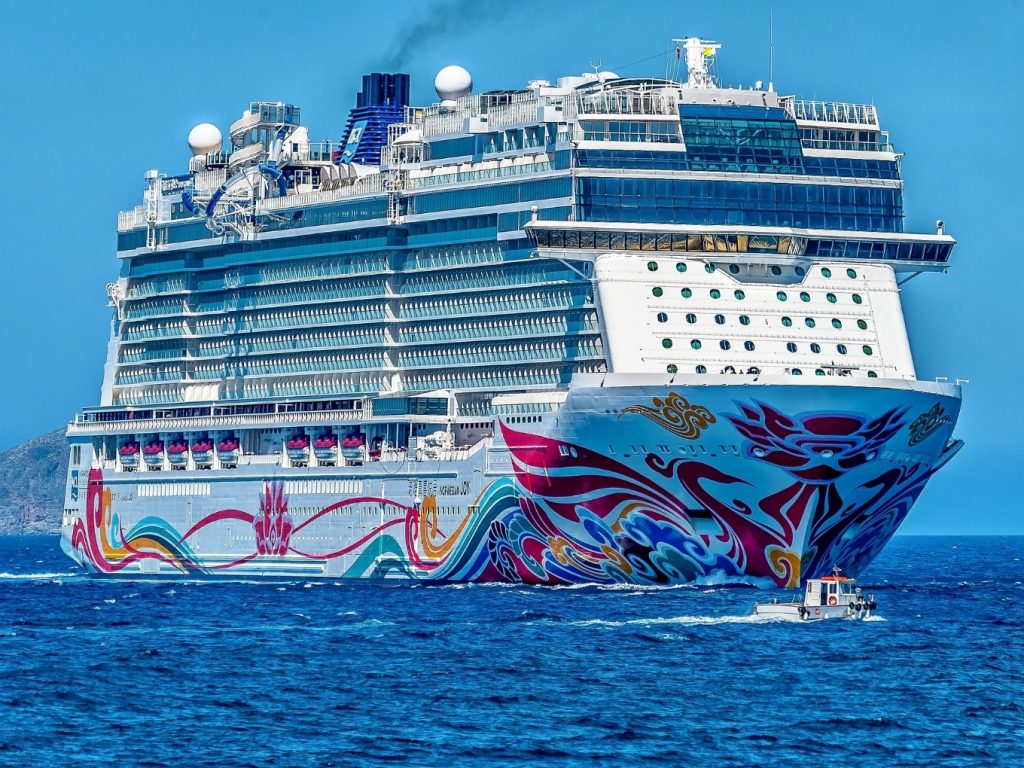 The only cruise sailing 4 Hawaiian islands in 7 days, this cruise is the only way to cover the most of Hawaii, without having to worry about inter-island transfers, hotels, food, and onboard entertainments.