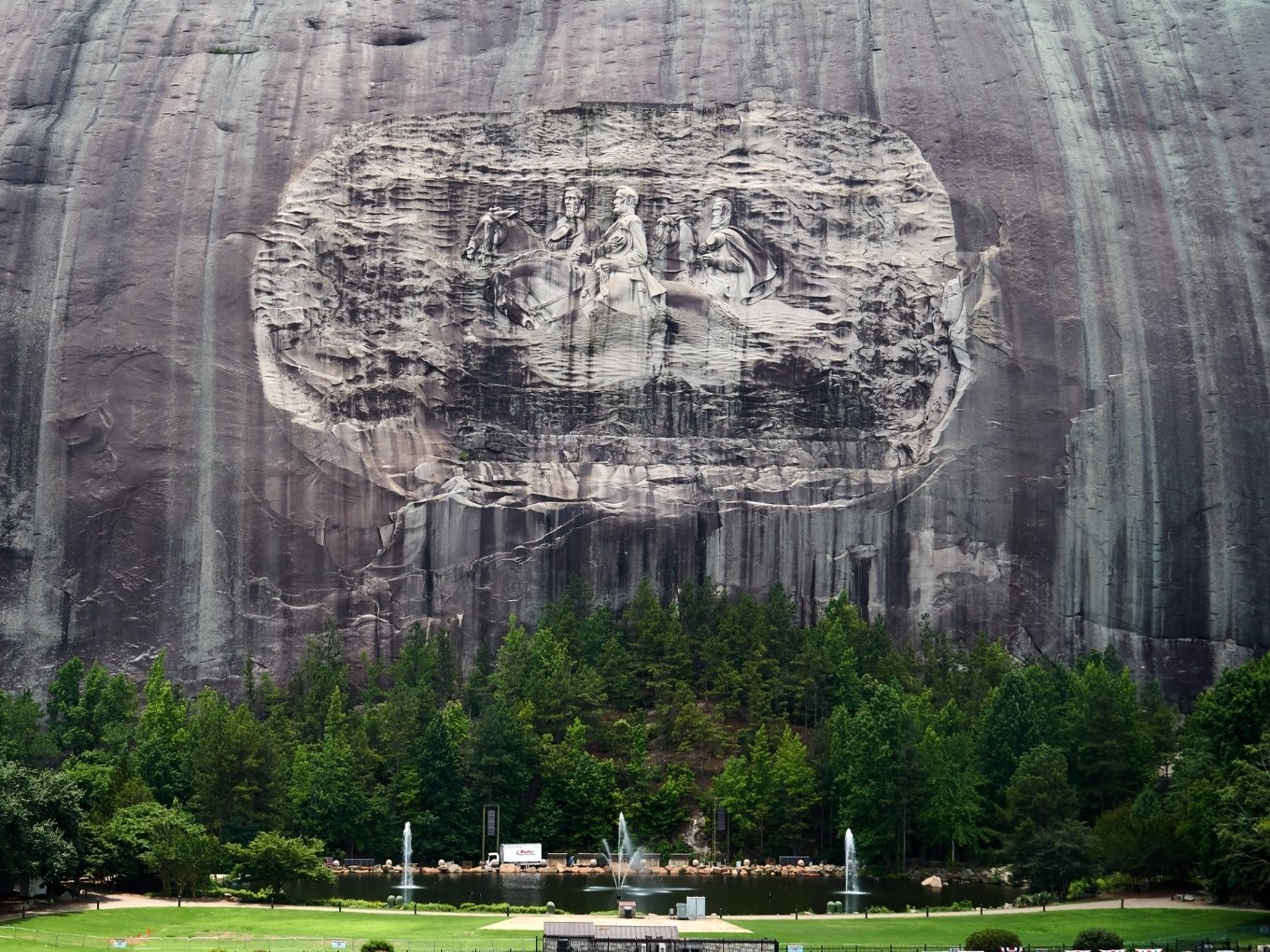 The Confederate Memorial in Stone Mountain Park is the largest high relief sculpture on the globe, which was built in the year 1972 to honor the heroes of the American Civil War. High relief is a sculpting technique, where the carved elements remain attached to the background but still appear much further than its background. The Confederate Memorial Carving on the face of Stone Mountain features three great leaders of the American Civil War – President Jefferson Davis and two Confederate generals, Robert E. Lee and Thomas J. “Stonewall” Jackson.

Marvel at the granite outcrop and the Confederate Memorial Sculpture, ride the scenic train, take the gondola to the top of Stone Mountain for panoramic views and enjoy the spectacular laser show!

The Stone Mountain Park’s large wilderness area, surrounding the Stone Mountain, comprises old-growth trees, lakes, and streams, which can be explored via the Park’s several hiking trails or onboard the scenic train ride offered by the Park. The colossal granite dome is best viewed from the ground, but you could either hike to the top of the Stone Mountain or take a gondola ride, Summit Skyride, for spectacular panoramic views of the town of Stone Mountain and distant views of Atlanta’s skyline. The Park also features Lasershow Spectacular, a stunning laser show projected on the face of the mountain, using laser, light, and fire effects! 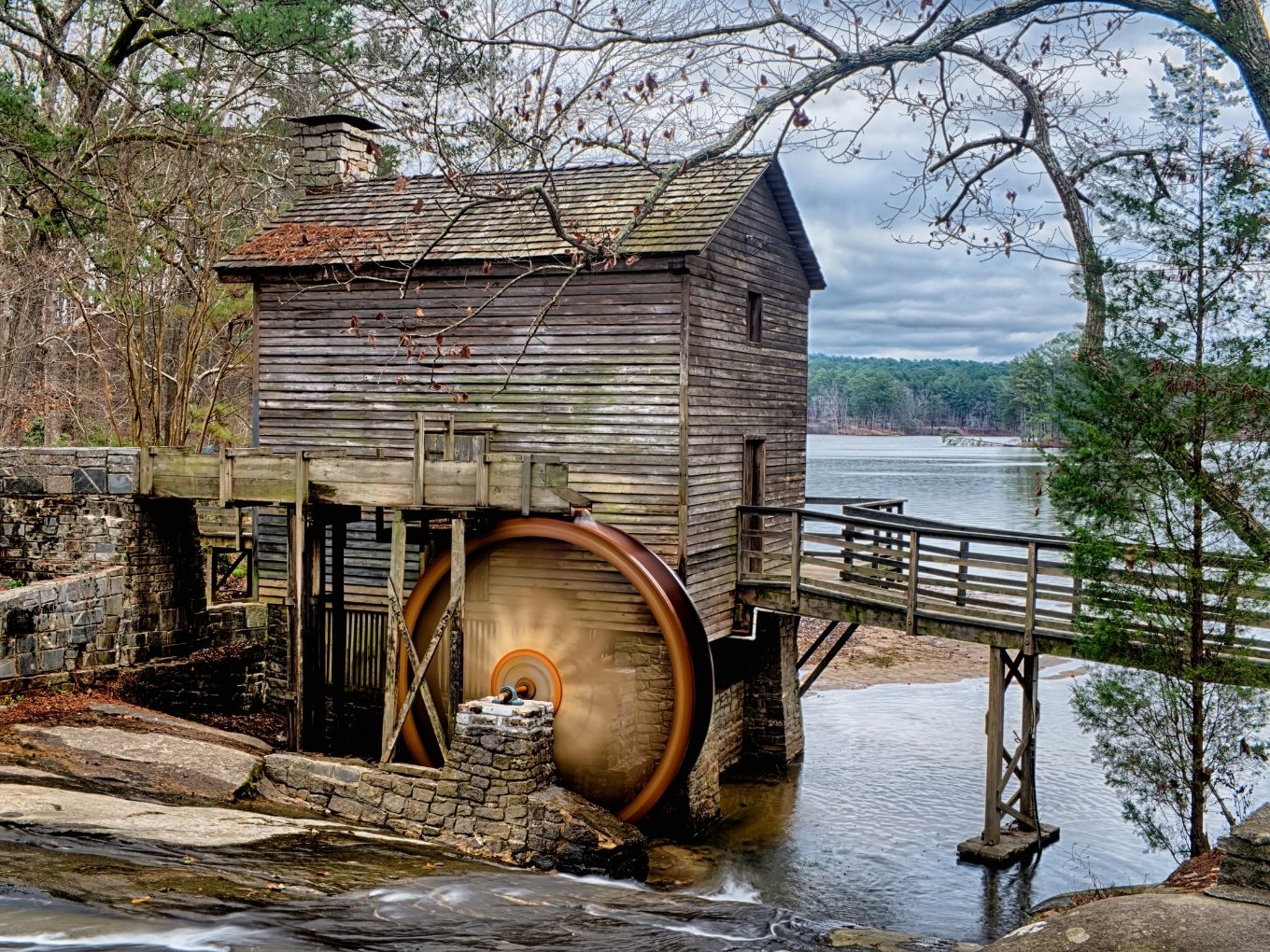 Given Stone Mountain Park’s proximity to Atlanta, it’s an excellent day-trip destination from Atlanta and a perfect addition to your Atlanta trip itinerary!

Time Required At Stone Mountain Park: While 3 – 4 hours are sufficient to see the Confederate Memorial and ride the gondola to the top of the mountain, I recommend spending an entire day at Stone Mountain Park, which will give you enough time to explore the natural and historical sites, ride the gondola, enjoy the scenic train ride, and experience the spectacular laser show in the evening.

Dining In Stone Mountain Park: There’re several dining options inside the Park, including Base Camp BBQ and Marketplace in Crossroads, Big Rock Cafe in Skyride Plaza, and a couple soda and ice cream parlors. You will also find a couple of full-service restaurants just a few miles from the Park – Commons Restaurant in Stone Mountain Golf Club and Waterside Restaurant in Atlanta Evergreen Marriott Conference Resort.

Things To Do In Stone Mountain Park 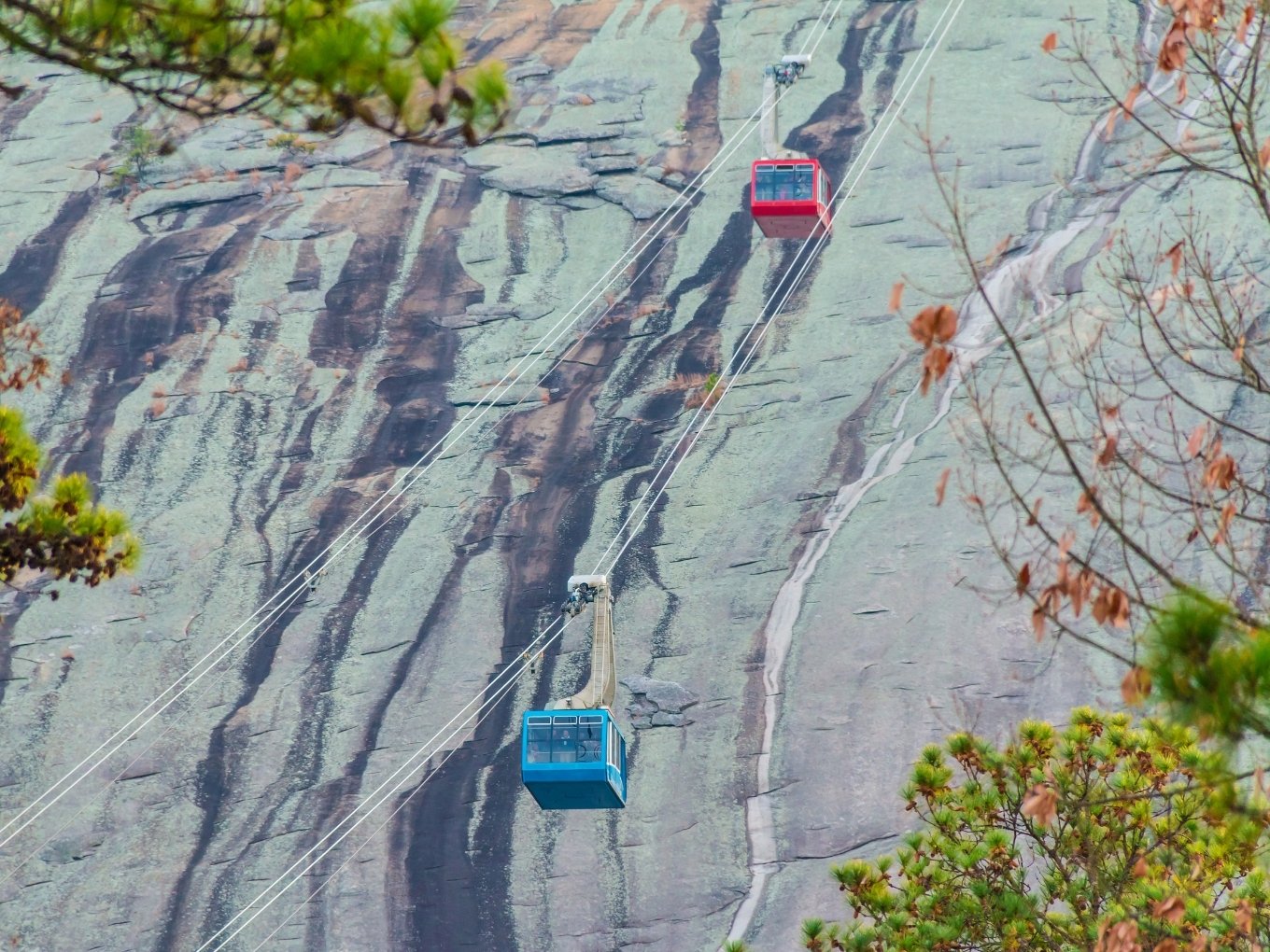 Start at the museum, marvel at the Confederate Memorial Carving, take the gondola to the top of the Stone Mountain, ride the scenic train, dine in one of the Park restaurants, and make sure to stay back for the laser show!

Stone Mountain Museum & Historical Sites: Located in the Memorial Hall, the Stone Mountain Museum tells the story behind the making of the Confederate Memorial Carving and the area’s history and geology. If you love nature & history, you should also visit the Grist Mill, which is an ancient mill, Historical & Environmental Education Center near the Walk-Up Trail’s trailhead, Granite Quarry exhibit, and Washington W. King Bridge, which was originally constructed in 1891 in Athens, Georgia, and later moved to Stone Mountain Park.

Summit Skyride: Ride the high-speed cable cars departing from the Skyride Plaza to the top of Stone Mountain for some fantastic panoramic views of the surrounding areas and distant views of Atlanta’s skyline. The ride itself is short, about 2 – 3 minutes one-way, but you may have to wait for a little in a line at the Skyride Plaza, as it’s the most popular attraction in the Park. Once at the top, you can spend as much time you wish exploring the summit of Stone Mountain. The Summit Skyride is open year-round but is operational only weather permitting. The only other way to summit Stone Mountain is via hiking the Walk-Up Trail, a 1 mile moderately strenuous hike to the top of the mountain.

Scenic Railroad: The Scenic Railroad at Stone Mountain Park features a scenic train excursion on board an ancient full-size locomotive from the 1940s. The 30 minutes train ride takes you around the Stone Mountain in its open-air cars, offering spectacular views of Stone Mountain and the wilderness surrounding the mountain. The Scenic Train rides depart from the Marketplace Depot in Crossroads, and rides are offered year-round. 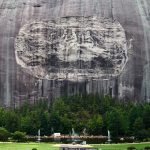