The Ultimate Guide To Statue of Liberty

The Ultimate Guide To Statue of Liberty 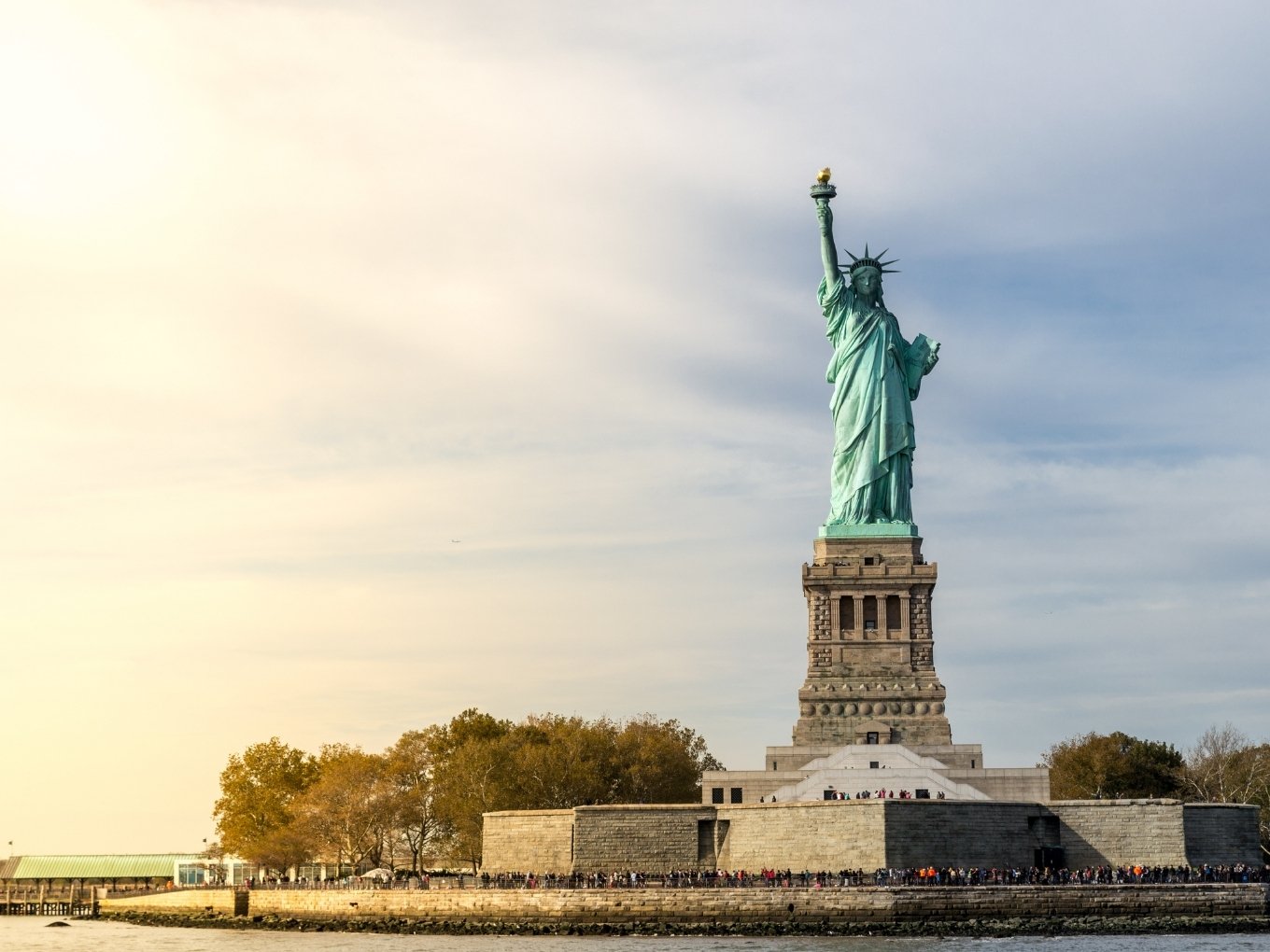 Statue of Liberty, a US National Monument symbolizing liberty and freedom!

Statue of Liberty, a statue of a Roman Goddess, wearing a crown, holding a torch above her head, and a broken shackle on her feet, was a gift to the US from France!

The monumental Statue of Liberty, located on Liberty Island in New York Harbor, is an iconic landmark of the US! The imposing copper sculpture, measuring approximately 305 feet tall with the pedestal, was sculpted by French sculptor Frédéric Auguste Bartholdi in Paris and then disassembled and shipped to the US in 350 pieces. Once arrived in the US, the Statue of Liberty was reassembled and officially unveiled on 28th October 1886.

Statue of Liberty, officially the “Liberty Enlightening the World,” is also sometimes referred to as Lady Liberty, is a sculpture of Roman Goddess Libertas, with a torch in her right hand, a tabula ansata on her left hand that has “JULY IV MDCCLXXVI” inscribed on it, which is the date when the US Declaration of Independence was signed in Roman numerals. The crown on her head with seven spikes represents seven continents and oceans in the world. The statue also has a broken chain on her feet which signifies the abolition of slavery.

Accessible only via a ferry to Liberty Island, the Statue of Liberty features a museum, a couple of observation decks, and audio tours!

Planning Your Trip To Statue of Liberty 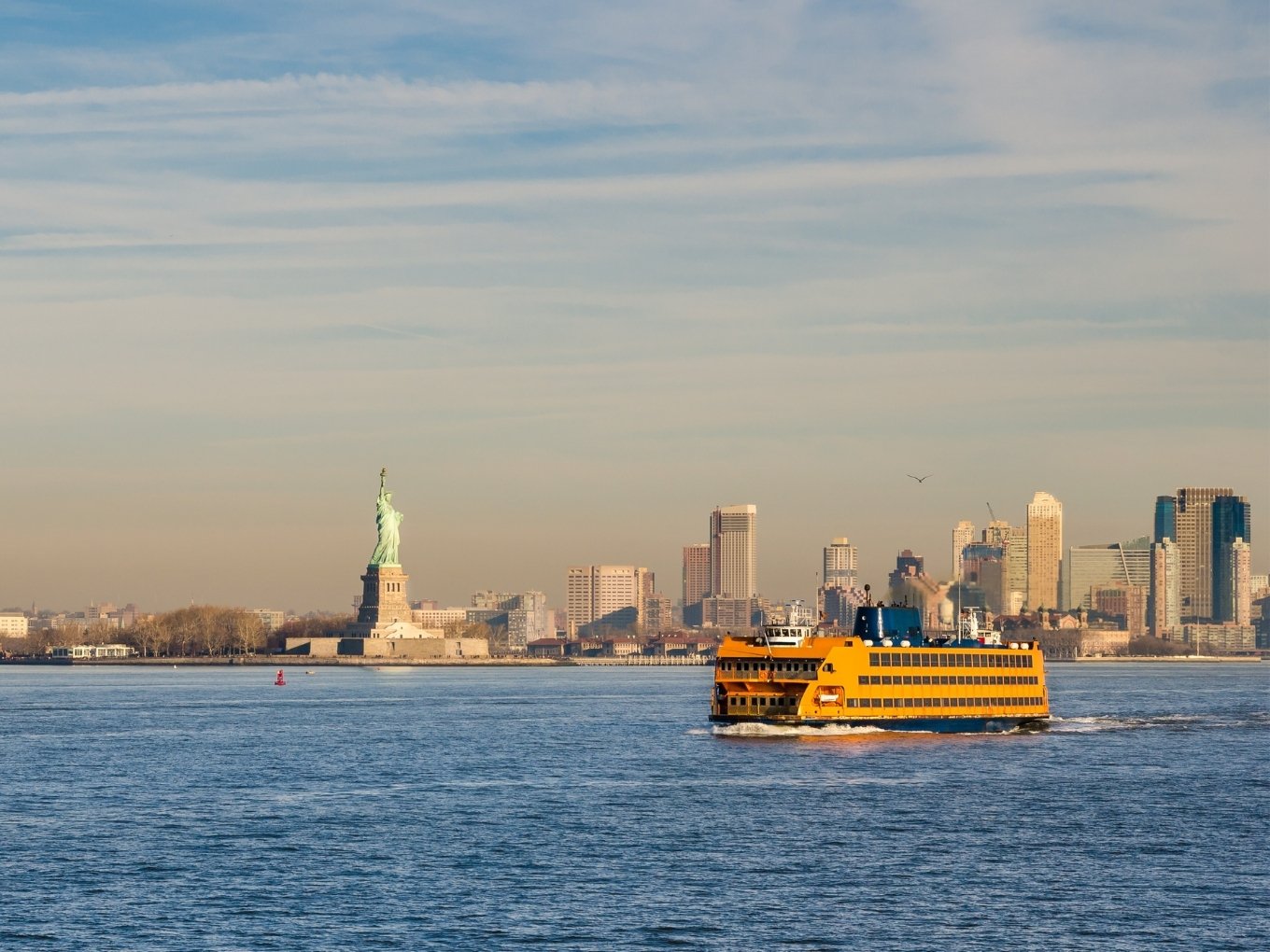 Making your ferry and tour reservations in advance, directly flying into New York City, and staying in Downtown Manhattan is the best way to explore the Statue of Liberty!

Best Time To Visit Statue of Liberty: Summer and early winter are the busiest seasons at Statue of Liberty and in New York City in general. The Statue of Liberty National Monument is open year-round except Thanksgiving and Christmas. However, summer and early winter are also the time when you’re most likely to stand in long queues to get through the security check to board the ferry to Liberty Island. If you don’t mind slightly cooler weather, visiting in spring and fall is a great option to beat the crowd at the Statue of Liberty. Late winter, January through March, is harsh with regular snowfalls and is not the best time for outdoor activities in New York City.

Time Required At Statue of Liberty: While a couple of hours are sufficient to see the National Monument from outside and explore the museum, you would need more time if you’re planning to visit the observation deck located on the pedestal or the crown of Lady Liberty. Accessing the observation deck at the pedestal will take an additional 1 – 2 hours, and climbing to the crown will take another 2 – 3 hours.

Transportation To Statue of Liberty: The access to the Statue of Liberty National Monument on Liberty Island is only via the Statue Cruises, an authorized concessioner of the National Park System. The one-way ferry ride to Liberty Island takes about 15 – 20 minutes and can be boarded from Battery Park in New York City or Liberty State Park in New Jersey. I recommend reaching an hour before your scheduled ferry departure time as everyone needs to undergo an elaborate security screening before boarding the ferry.

Tickets For Statue of Liberty: If you’re planning to see the monument from outside and visit the museum, you just need to purchase the round trip ferry tickets. However, if you plan on touring the inside of the monument, including the pedestal observation deck or the monument’s crown, you would need to purchase additional tickets. These tickets are limited and always in demand, and so you must reserve these tickets well in advance. All ferry and tour tickets to the Statue of Liberty can be purchased online on the Statue Cruises website.

Things To Do At Statue of Liberty 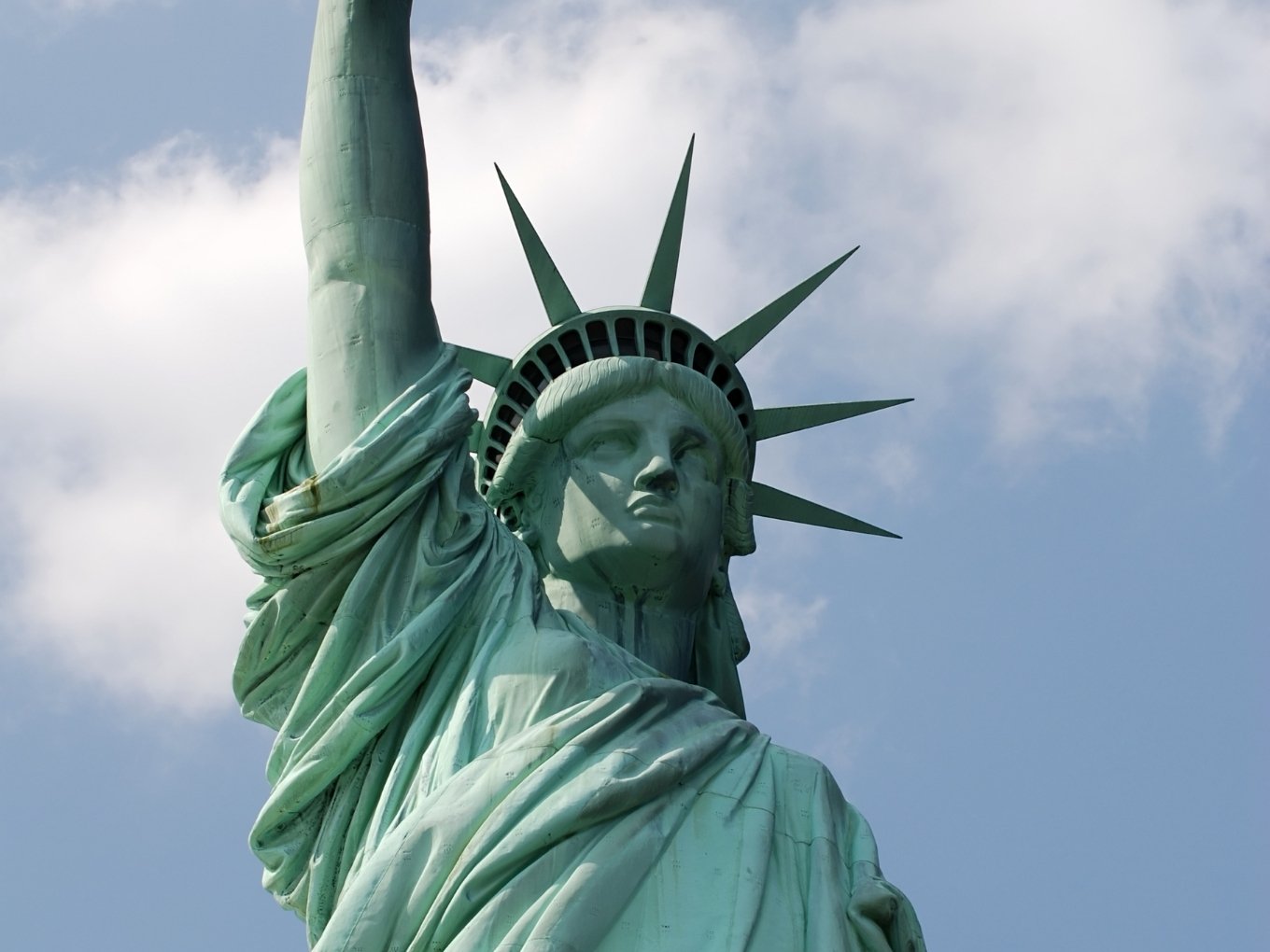 Sightseeing Boat Tours: If seeing the Statue of Liberty up close is not a must for you, a great way to see the monument is onboard a ferry or boat tour that doesn’t stop at Liberty Island but still offers excellent views of Lady Libert. Several companies offer harbor tours in New York City, but here are my top picks for ferry rides and harbor tours of Statue of Liberty – (1) Staten Island Ferry, a passenger ferry operated by the New York City Department of Transportation, connecting Manhattan and Staten Island offers excellent views of Statue of Liberty. (2) Circle Line Harbor Cruise, a narrated harbor cruise highlighting several landmarks of the city, including the Statue of Liberty.

Things To Do At Statue Of Liberty / Liberty Island: If you’re visiting Liberty Island, which I highly recommend doing, you would need to use the Statue Cruises from Battery Park in New York City or Liberty State Park in New Jersey to reach the island. Once at the island, you could tour the island and marvel at the monumental statue, and visit the museum at your own pace. The National Park Services also offers an audio tour and a couple of ways to access the interior of the Statue of Liberty. 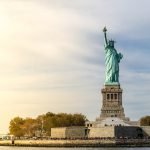