The Ultimate Guide To Seattle

The Ultimate Guide To Seattle 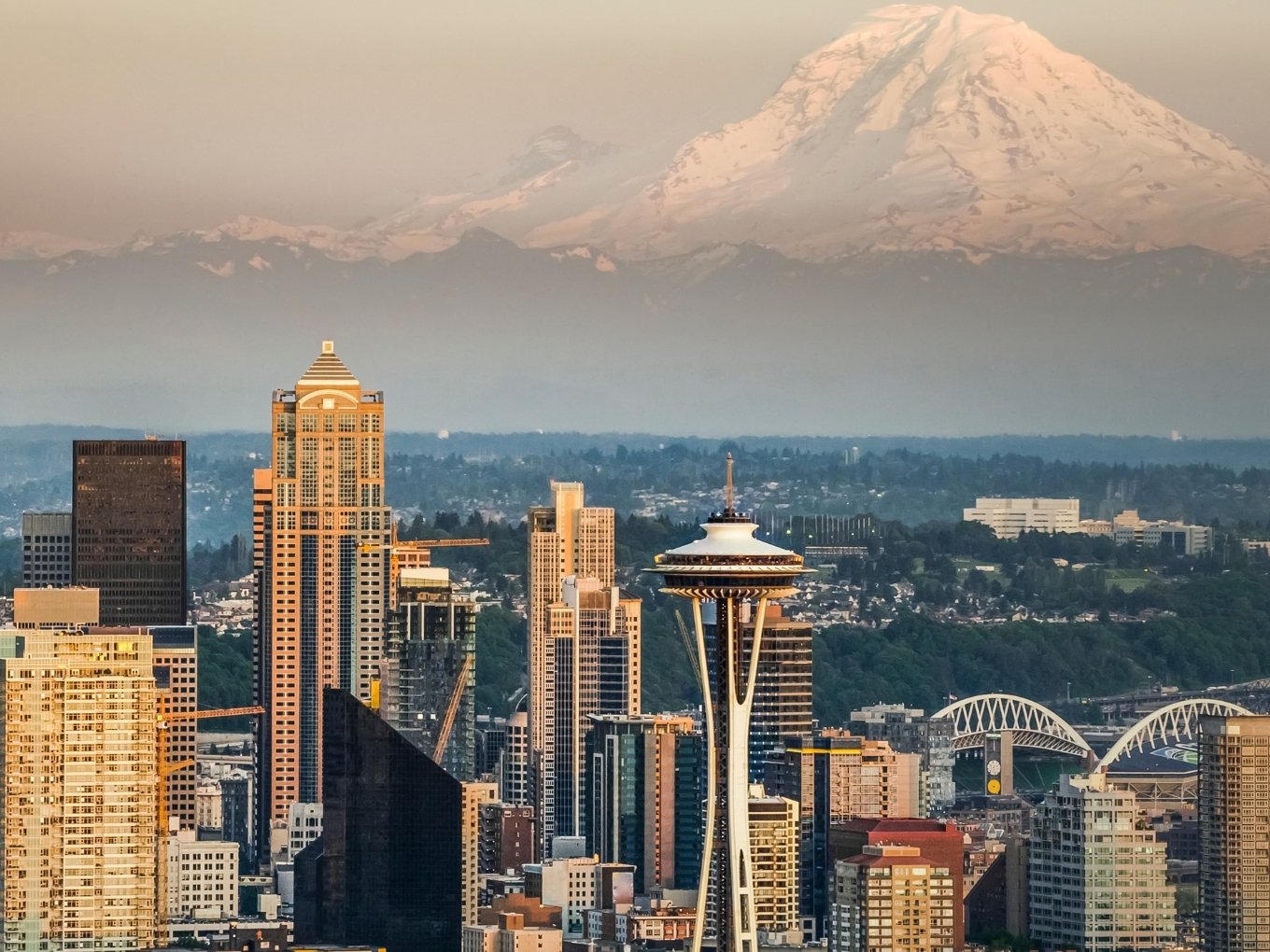 Seattle, a vibrant cityscape amid a diverse array of natural landscapes!

Besides being a gateway to several natural attractions in Washington, Seattle, offers a vibrant and energetic city life experience!

Located in northwest Washington, between Puget Sound and Lake Washington, Seattle is a major seaport on the west coast of the US. Home to major companies like Boeing, Amazon, Microsoft, Alaskan Airlines, and Starbucks, Seattle has witnessed pretty rapid growth! Today Seattle is a bustling city with several skyscrapers, vibrant nightlife, contemporary museums and venues, and a gorgeous waterfront.

Seattle, the largest city in the state of Washington, once home to indigenous Native Americans, was named after a Native American leader Seattle. In modern times, the town of Seattle has witnessed several historical events, including the devastating fire in 1889, the Klondike Gold Rush in 1897, massive growth in the shipbuilding and aircraft building industry, and the more recent growth in technology and software companies.

The World Fair 1962 was held in Seattle, Washington, which was the reason behind the development of several notable structures in the city, including the monorail, the iconic Space Needle, Washington State Coliseum, and a few others. Many of these structures are well-preserved and maintained and are still accessible, offering an excellent way to learn about the city’s rich history.

Washington is a wealth of natural scenery, with a gorgeous coastline, rainforest, and snow-capped mountain peaks. However, if you’re looking for a change of scenery and yearn to enjoy city life, you will be amazed by what Seattle has to offer! The observation deck in the towering Space Needle, museums, piers lined with restaurants and shops, a zoo, an aquarium, and several other attractions await you in the town of Seattle.

Here is my ultimate guide to Seattle, featuring essential trip-planning information, attractions in Seattle, and recommendations on hotels and restaurants in Seattle!

Planning Your Trip To Seattle 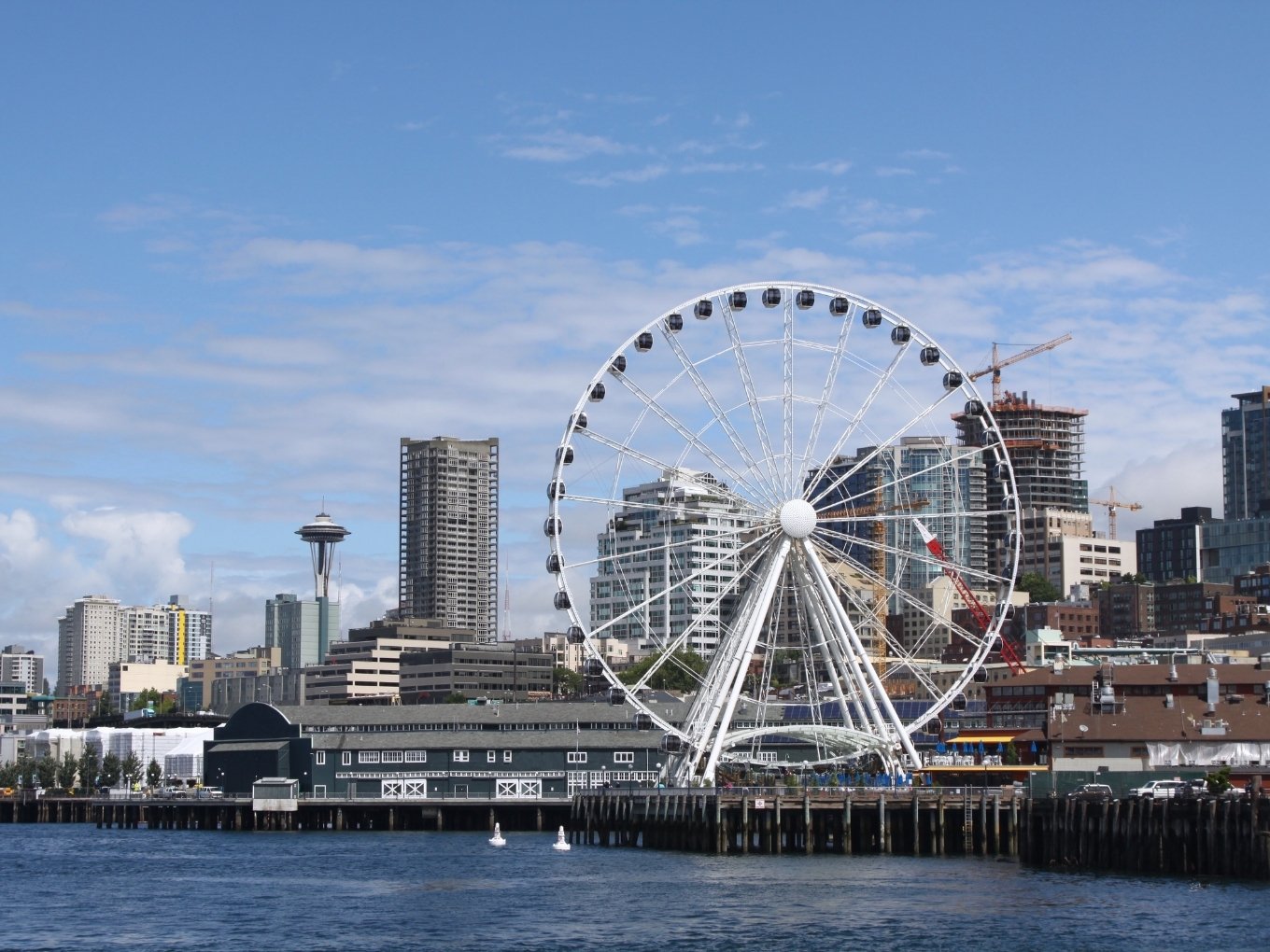 Given Washington’s wet and cold winters, summer is the best time to visit Seattle, but it’s also the busiest!

Best Time To Visit Seattle: The short-lived summer months are the best time to visit Seattle! Washington receives a lot of rainfall, and winters get a bit too cold for outdoor activities. The best time to visit Seattle is July through September, but it’s also the busiest season. However, with several lodging options, it’s not very difficult to find accommodation in Seattle. Except if you’re planning to visit other attractions near Seattle, including Mount Rainier National Park and Olympic National Park, you should plan ahead and make your reservations way in advance.

Getting To Seattle: Located in the northwest part of Washington, about 180 miles south of the US and Canada border, Seattle is located close to two major international airports, Seattle, Washington, and Victoria International Airport, Canada. However, if you’re flying into Canada, you would need to carry all required documents to reenter the US to get to Seattle. You could alternatively take a bus or a train to get to Seattle.

Parking & Transportation Seattle Downtown: There’re several paid roadside and garage parking lots located all over Seattle Downtown. Most of the Seattle attractions, except the Zoo, are located close to each other. But you could still use the Sound Transit Link Light Rail and King County Metro Transit to get around Seattle Downtown.

Time Required At Seattle: Though all Downtown Seattle attractions are located close to each other, you would still need at least a couple of days to leisurely see and explore all that Seattle has to offer.

Other Attraction Near Seattle: Seattle, besides the lively and historic Downtown, also serves as a gateway to some of the best National Parks in the US, including Mount Rainier National Park and Olympic National Park.

Things To Do In Seattle 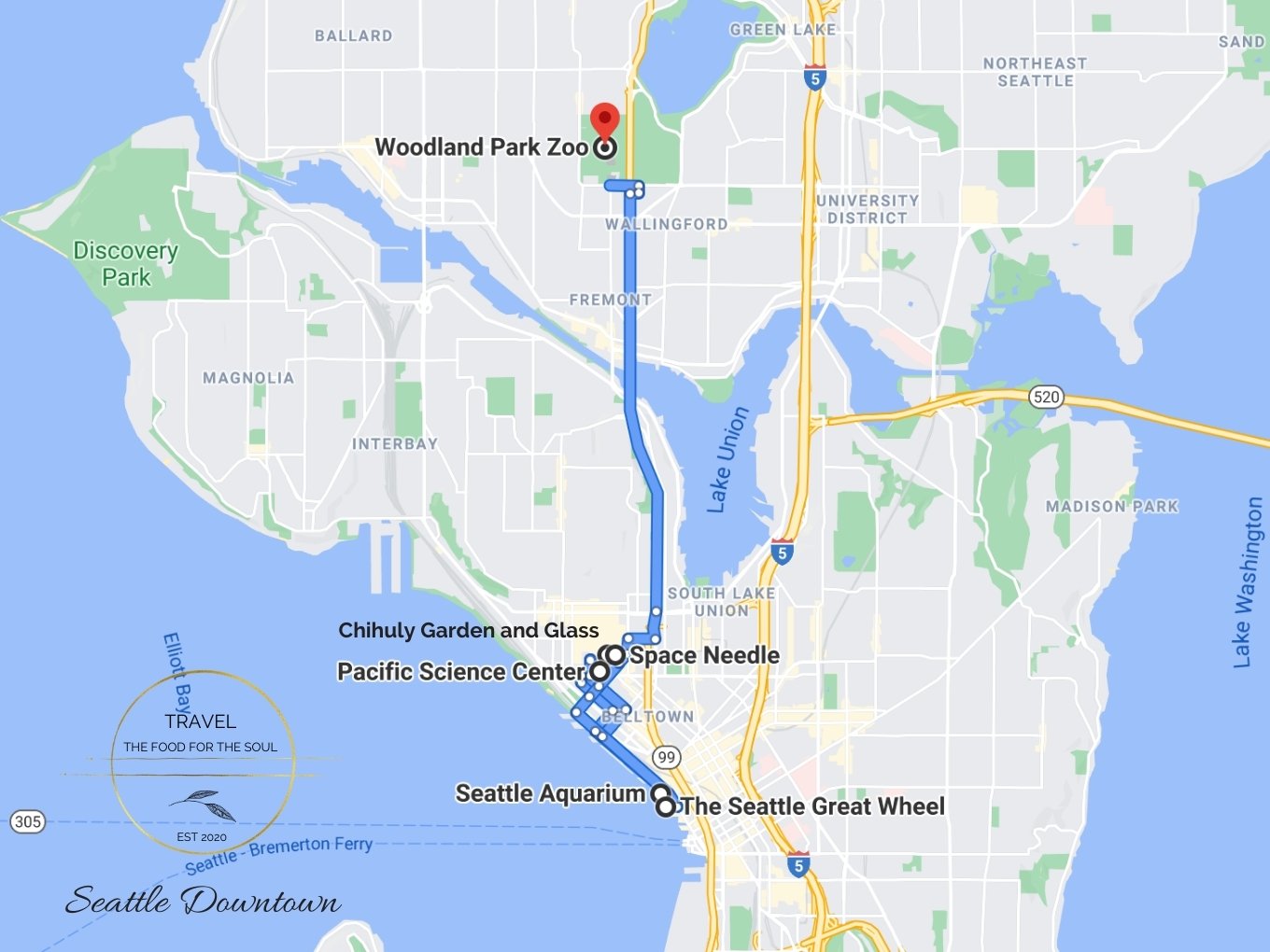 Downtown Seattle offers an array of attractions and activities catering to different interests and age groups!

You will pretty much find everything in Seattle Downtown, ranging from family-friendly attractions to lively nightclubs in Seattle. If you’re into shopping, head to the Seattle Downtown shopping district lined with shopping malls and stores, including Westlake Center, Pacific Place, and several boutique stores.

If you’re looking for family and kid-friendly things to do, you will be overwhelmed with the several choices Seattle offers, including the Museum of Pop Culture, Seattle Children’s Museum, Pacific Science Center, The Museum of Flight, Woodland Park Zoo, and Seattle Aquarium.

If sightseeing is your primary purpose, Seattle’s best views are from atop the towering Space Needle and the Seattle Great Wheel. The Seattle Harbor cruises also offer great views of Seattle’s skyline and a great way to experience Seattle’s Puget Sound. In my recommendations below, I have tried to strike a balance between different types of attractions and have ensured to cover the most exciting places in Downtown Seattle!

Here’re my favorite places and top picks for must-see attractions on a trip to Downtown Seattle! 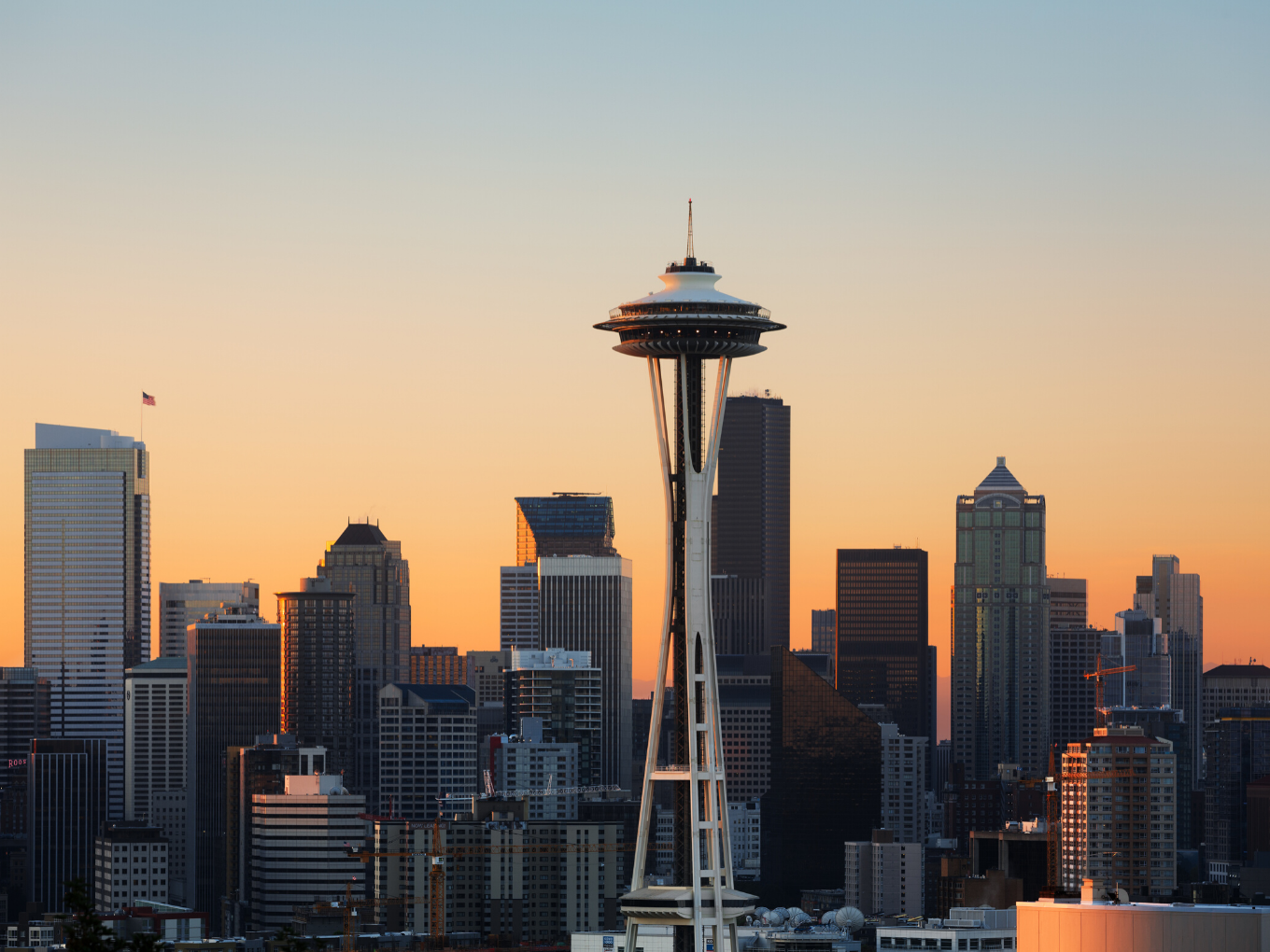 The Space Needle, an iconic landmark of Seattle, built for the World’s Fair held in Seattle in 1962, features an observation deck offering spectacular views of Seattle Downtown and distant views of Mount Olympus and Mount Rainier. The Space Needle also features a unique dining experience, a revolving lounge with a glass floor, offering exceptional views and great food. 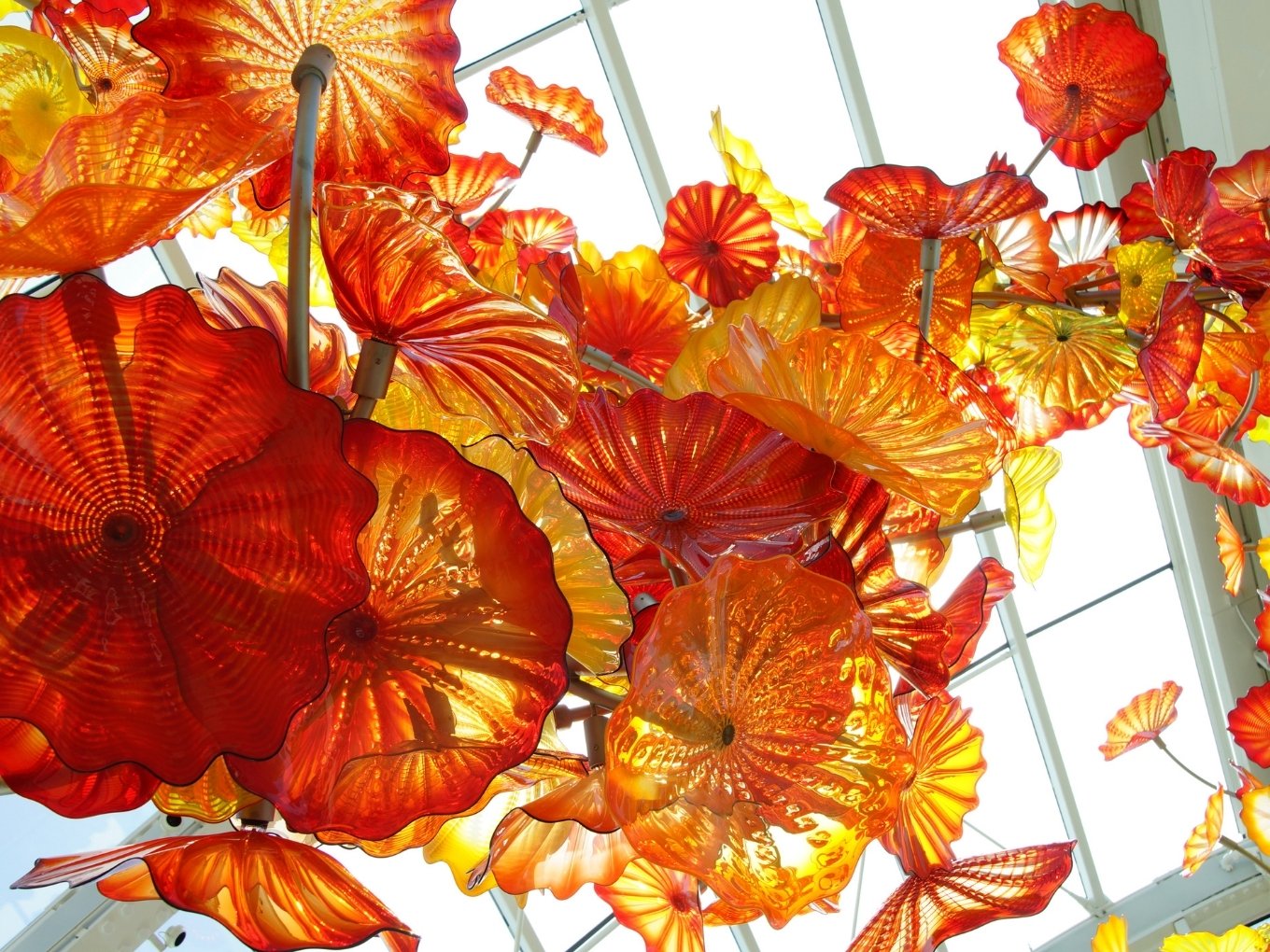 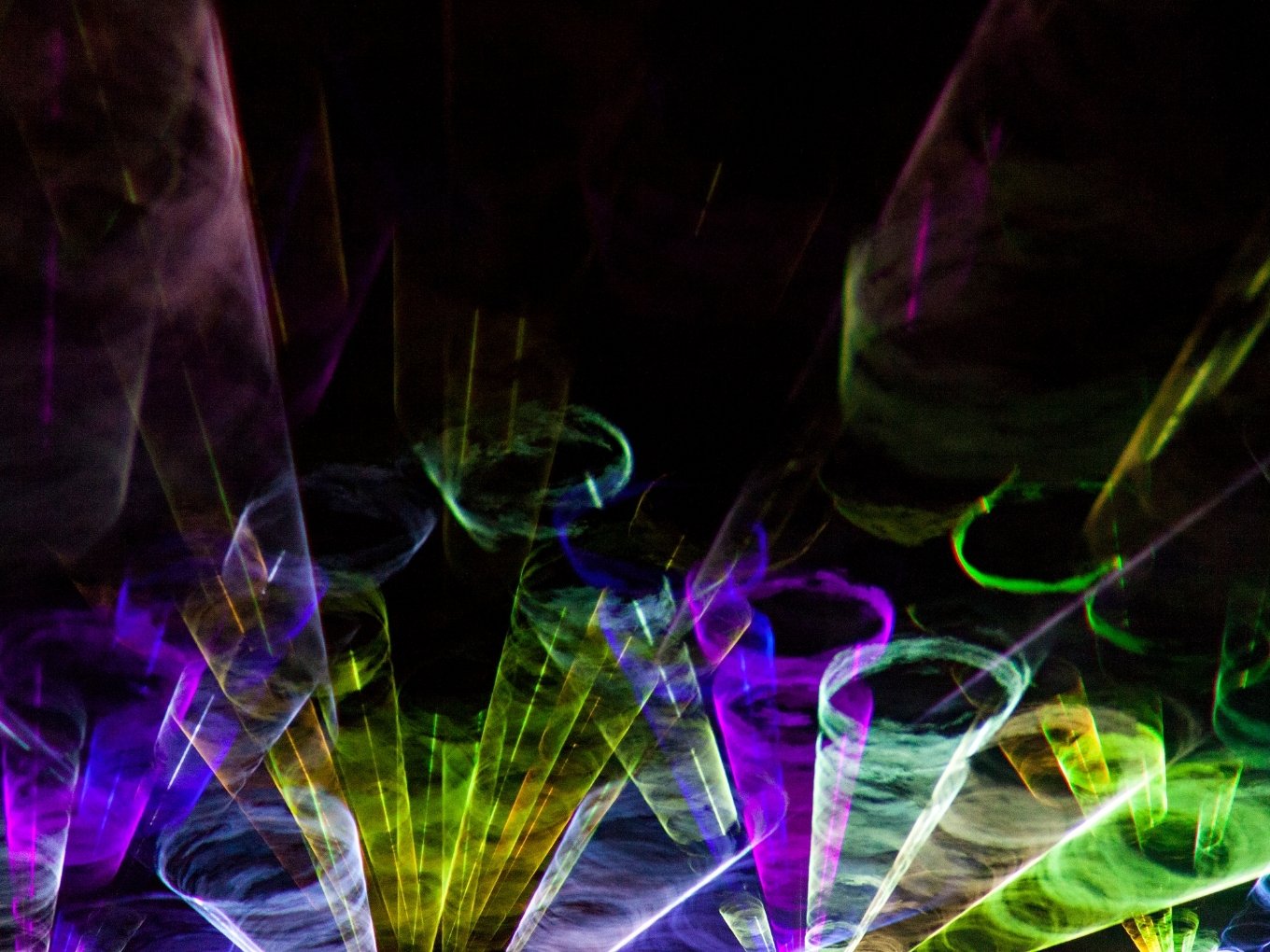 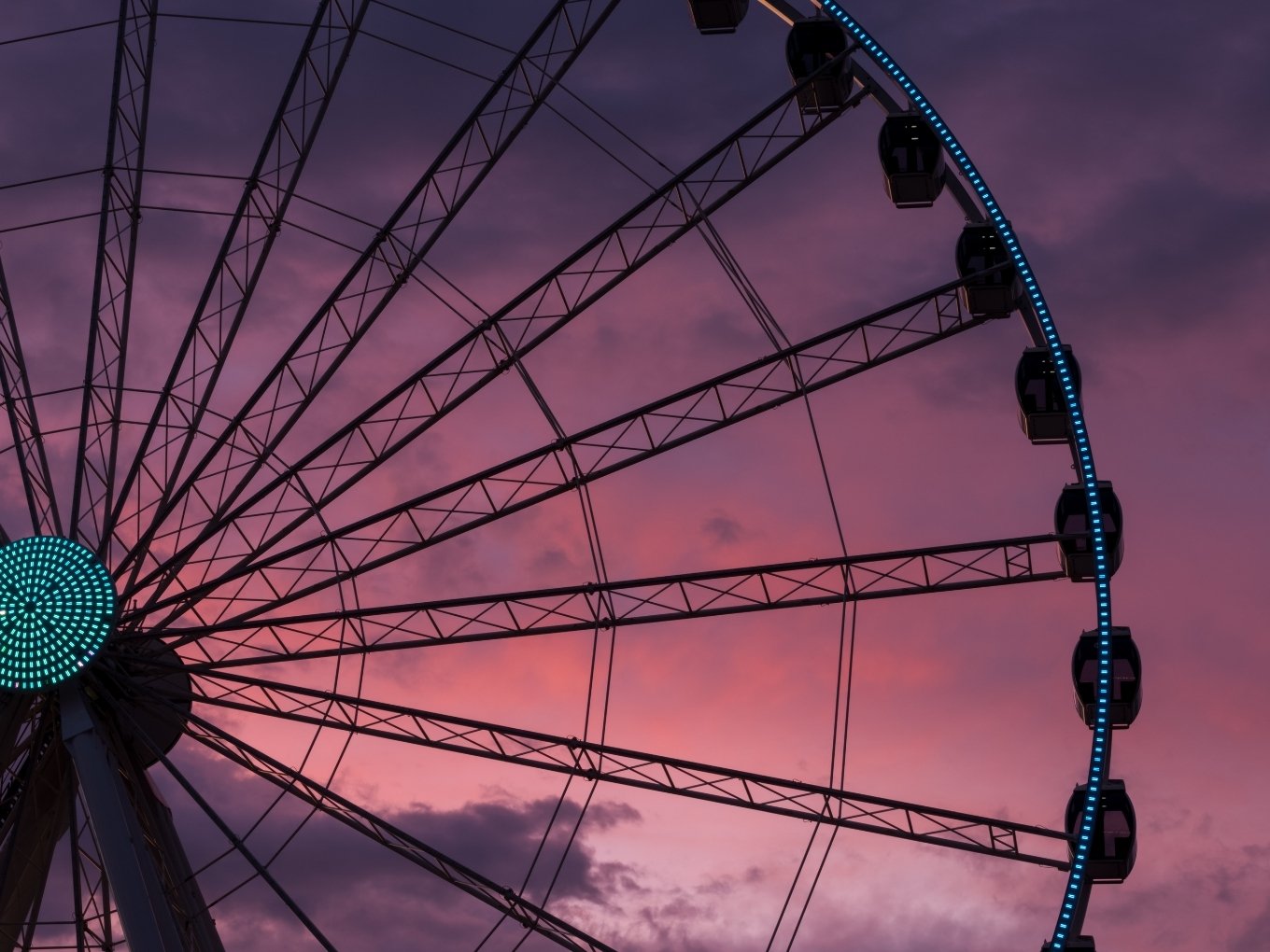 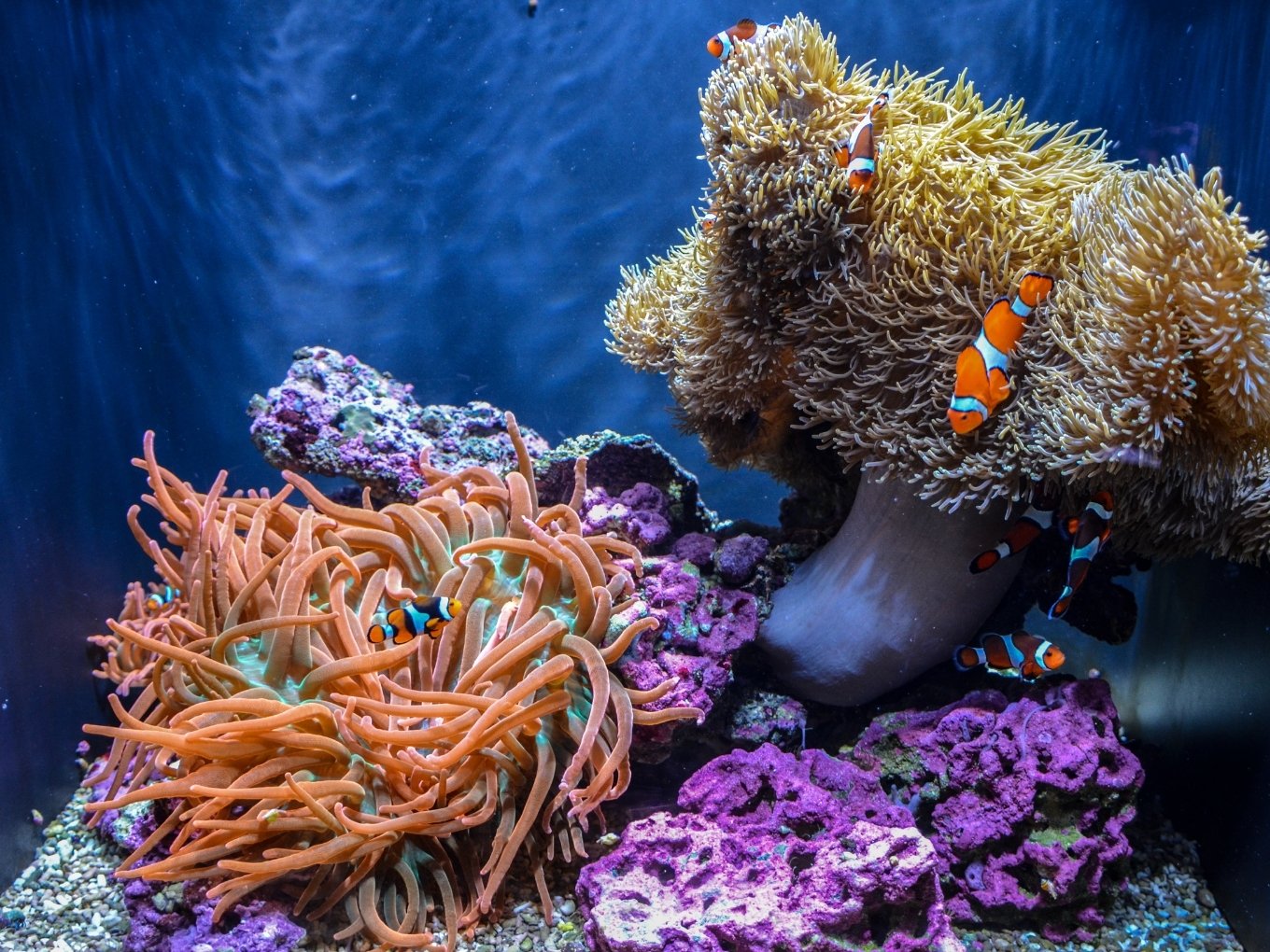 The Seattle Aquarium, located on Pier 59 in Downtown Seattle, is a great place to see and learn about several aquatic animals from its enormous fish tanks, events, and programs. The Seattle Aquarium, with its massive collection of birds, mammals, fishes, and sea corals, is a fun place for kids and grown-ups alike!

Woodland Park Zoo, located in northern Seattle, is a zoo and a garden that’s home to several animals from all over the globe. Besides the several wildlife exhibits, the Woodland Park Zoo features a rose garden and several unique experiences, including private tours, WildLanterns, Zoo tunes, and other seasonal events. 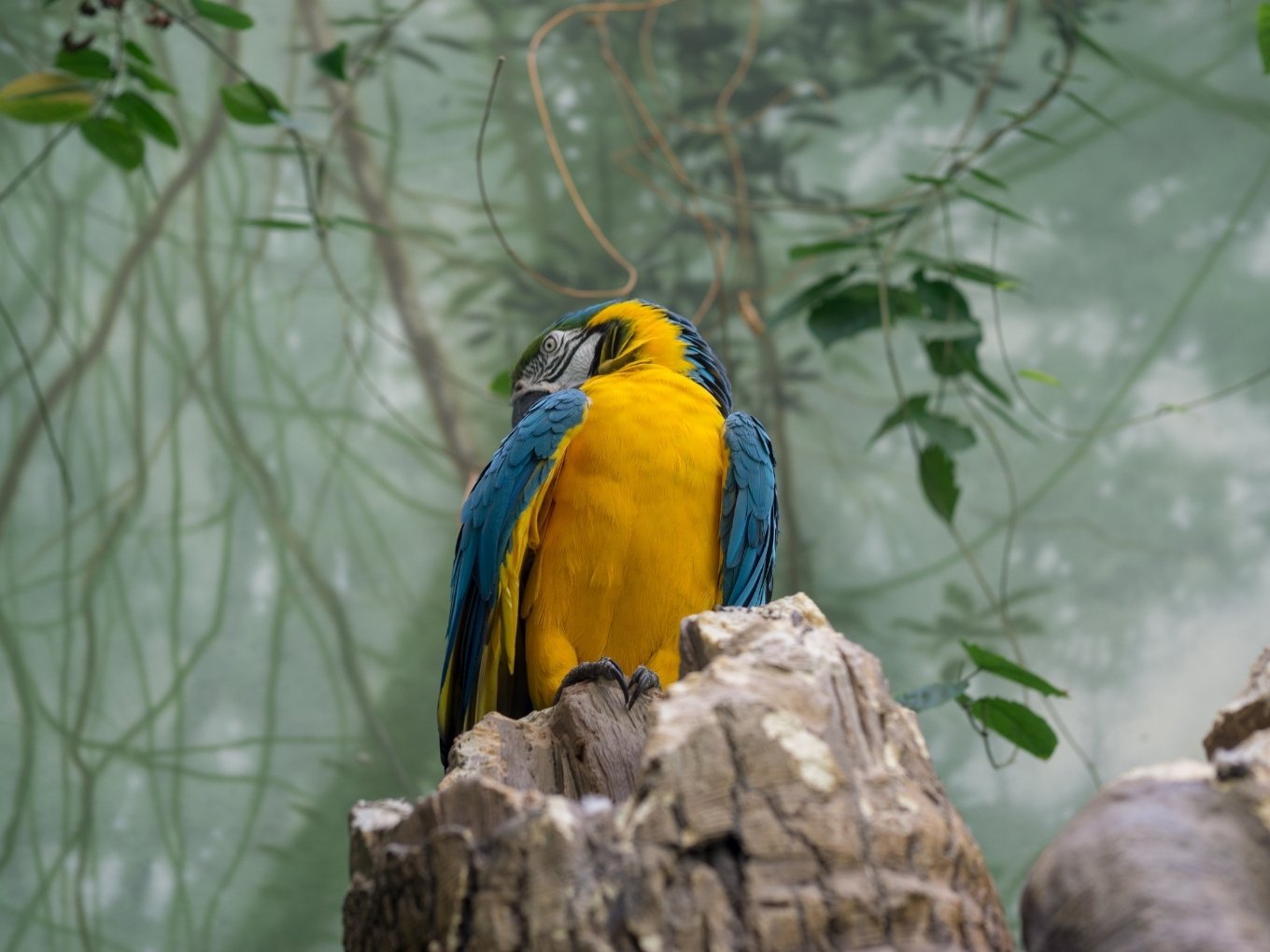 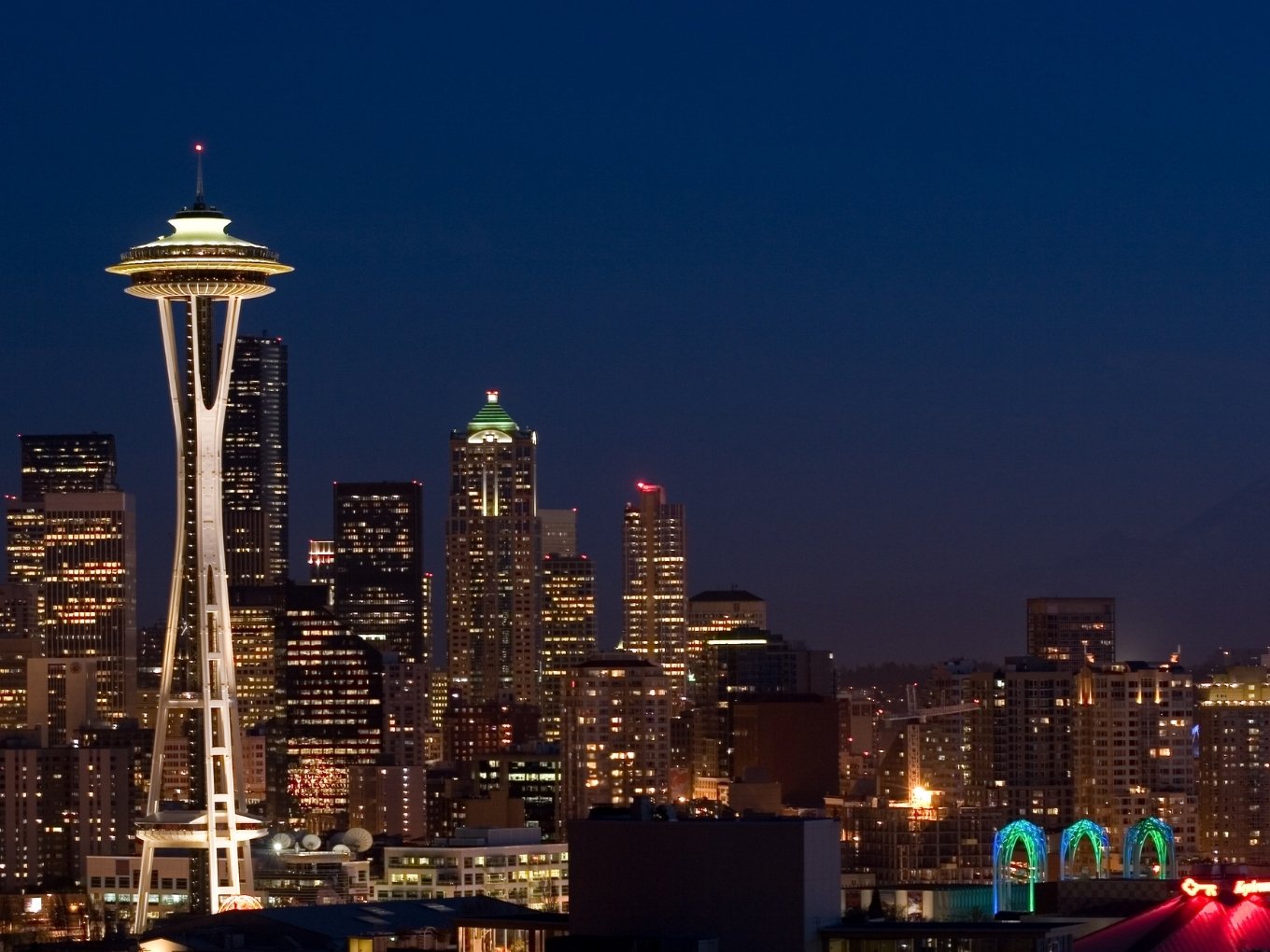 There’s no shortage of restaurants in Seattle! Ranging from casual dining to fine dining with great views, you will find endless dining options in Seattle. Here’re the handful of restaurants that I have tried during my visit to Seattle, which I absolutely love and highly recommend 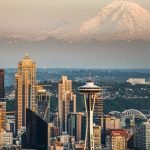 I hope you enjoyed reading the post, The Ultimate Guide To Seattle, and I hope this will help you plan your trip to Seattle. You can find other Washington attractions in my Washington Travel Guide.