The Ultimate Guide To Philadelphia

The Ultimate Guide To Philadelphia 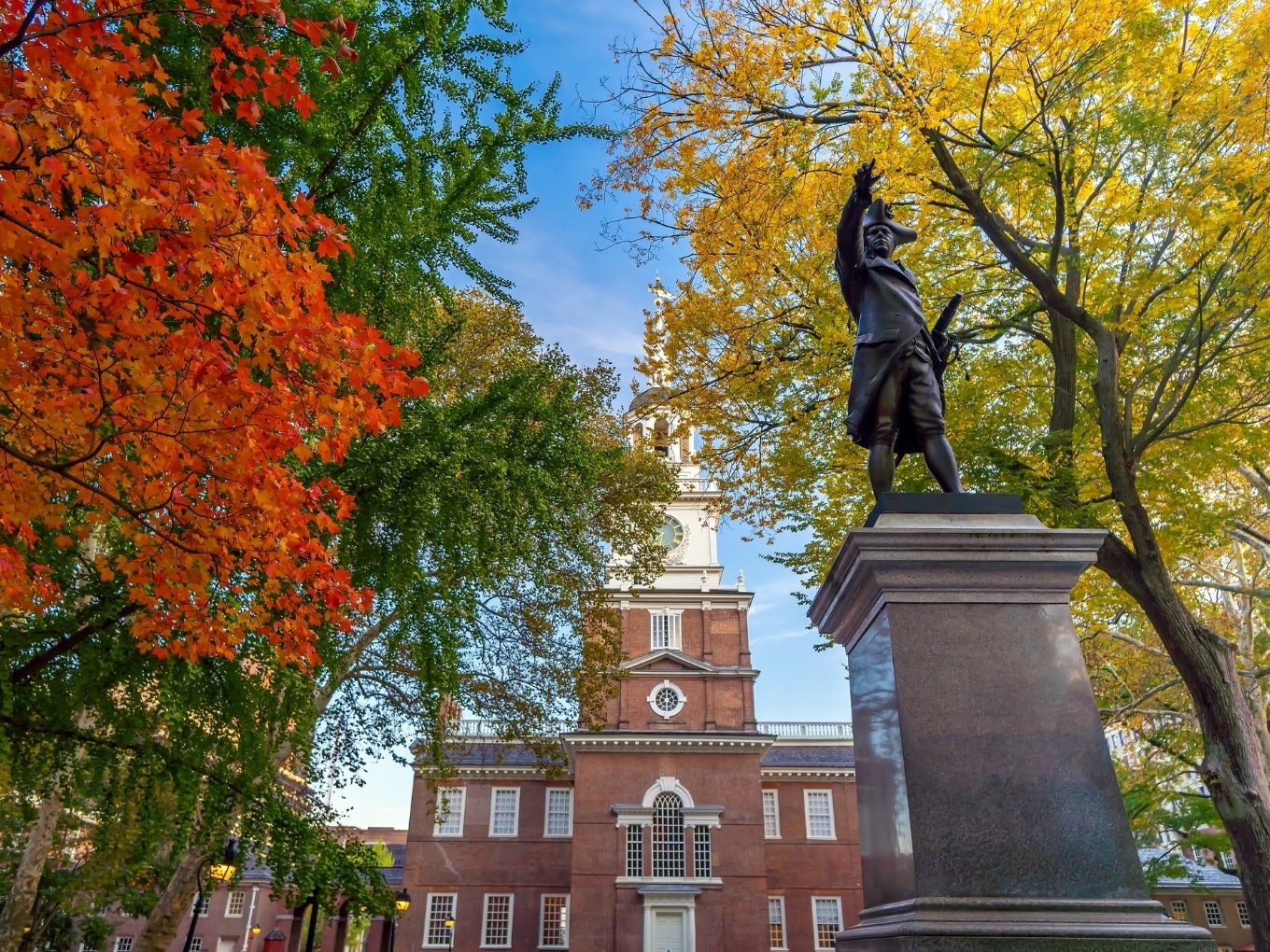 Philadelphia, one of the most historically significant cities in the US!

Philadelphia, the capital of the Nation before Washington D.C., played a significant role during the American Revolution. The city has witnessed several key events during the Revolution War, including a couple of key battles and pivotal meetings that laid the foundation of the United States. Philadelphia is where the Founding Fathers of the US signed the Declaration of Independence in 1776 and the US Constitution in 1787. The city of Philadelphia is home to some of the most significant historical sites in the US and is the Nation’s first World Heritage City!

The industrial growth in Philadelphia attracted several immigrants from all over the globe, making it one of the most populous and culturally diverse cities in the US! Philadelphia continues to flourish as a cosmopolitan city with a unique blend of rich historical sites, distinct neighborhoods, museums, bustling downtown with several skyscrapers, and several modern-day recreational activities. Philadelphia’s cultural and ethnic diversity is also very prominent in the eclectic culinary experiences offered in the city!

Step back in time & learn about America’s history, marvel at fabulous artworks, and experience modern-day Philadelphia using one of many guided tour options in the city!

Located in the southeast corner of Pennsylvania, the city of Philadelphia has several nicknames, including Philly, The Birthplace of America, The City of Brotherly Love, The Cradle of Liberty, and a few more! No matter what you call the city, a trip to Philadelphia is very enriching and enlightening as it lets you step back in time and tells the tale of the making of America! The city’s historical heritage, museums, artworks, and food scenes are globally acclaimed, and it’s one of the most sorted after city destinations in the US!

Planning Your Trip To Philadelphia 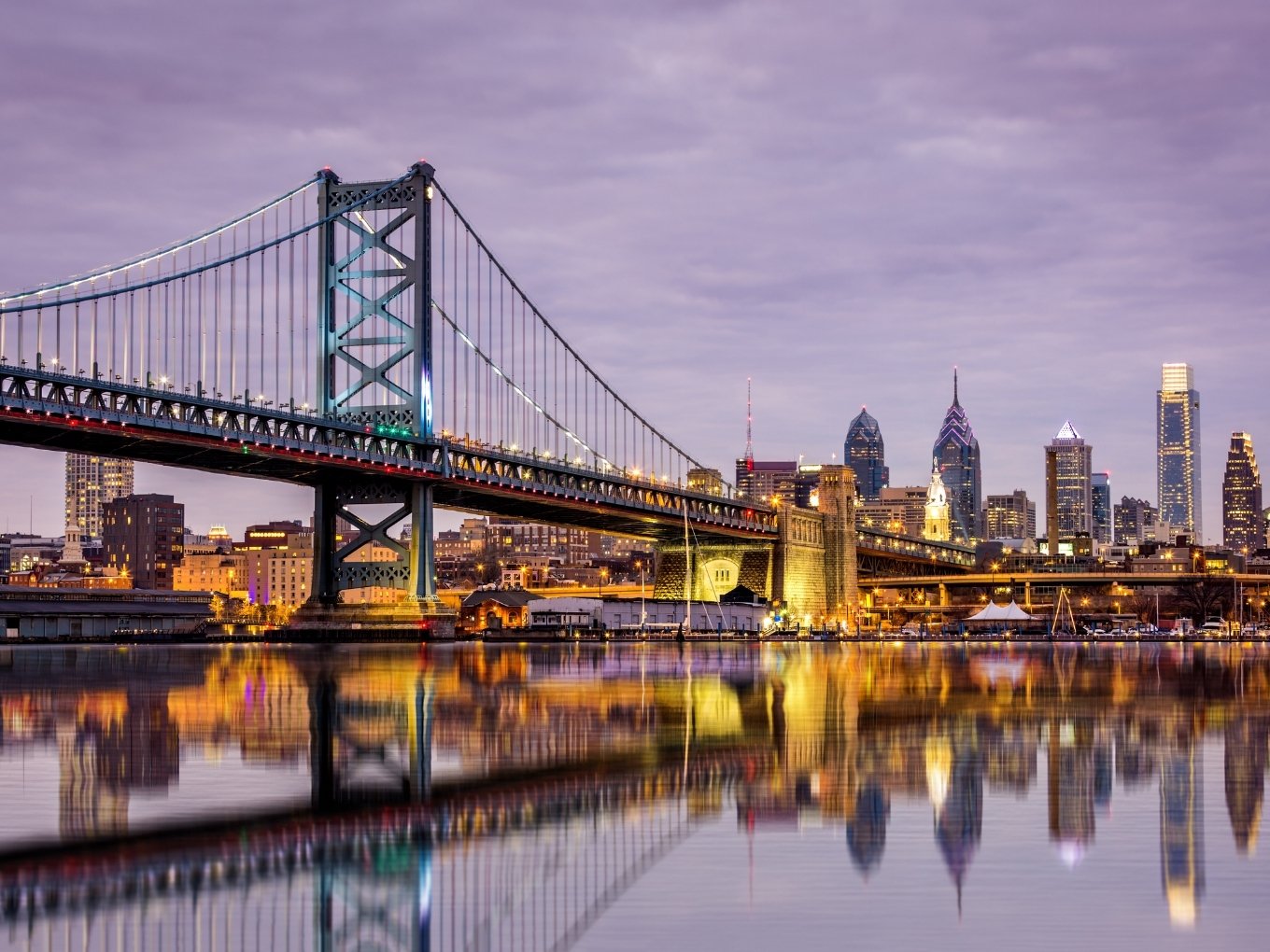 Avoid winter months, directly fly into Philadelphia international airport, and stay close to the Center City to get the most out of your trip to Philadelphia!

Best Time To Visit Philadelphia: Summer with warm temperatures is ideal for visiting Philadelphia, but it’s also the busiest season in Philadelphia and often packed with tourists. If you don’t mind slightly cooler temperatures, spring and fall are a great choice to beat the crowds at Philadelphia. Winters can get really cold and snowy, and it’s not the best time for sightseeing and outdoor activities in Philadelphia.

Time Required At Philadelphia: With the several things to do in Philadelphia, I recommend spending a minimum of two days to see the city’s major highlights, including the several historic sites, a few museums, and famous landmarks. However, if you have more time, you could spend an entire week exploring every museum and neighborhood in Philadelphia.

Tours & Multi-Attraction Passes In Philadelphia: If you’re visiting Philadelphia or any other city in the US for the first time, I highly recommend using a hop-on-hop-off tour service and buying a discounted multi-attraction pass from CityPASS or Go City. There’re a couple of local tour companies that offer guided hop-on-hop-off bus tours in Philadelphia – Big Bus Tours and City Sightseeing Tours.

Things To Do In Philadelphia 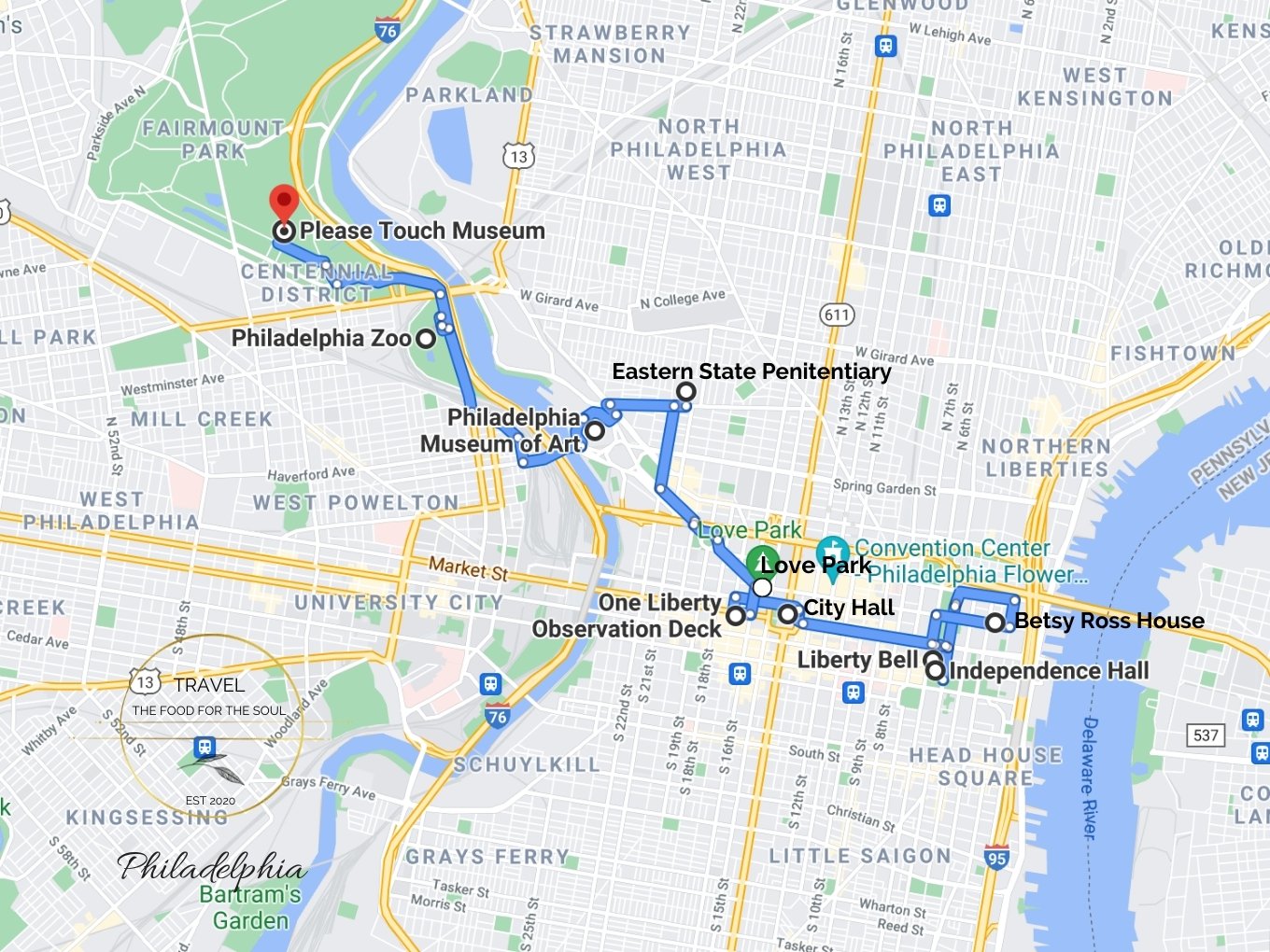 Most of the attractions in Philadelphia are located in City Center and Old City, with some being within walking distance and others accessible via cabs and tour busses. So you don’t need to rent a car if you’re planning to stay within the city. Even if you’re renting a car, you could park at one of the public or private parking lots in downtown Philadelphia and walk to the attractions, or even better, use a hop-on-hop-off bus service to get to all the attractions.

Here’re the must-see places in Philadelphia, listed south to north! 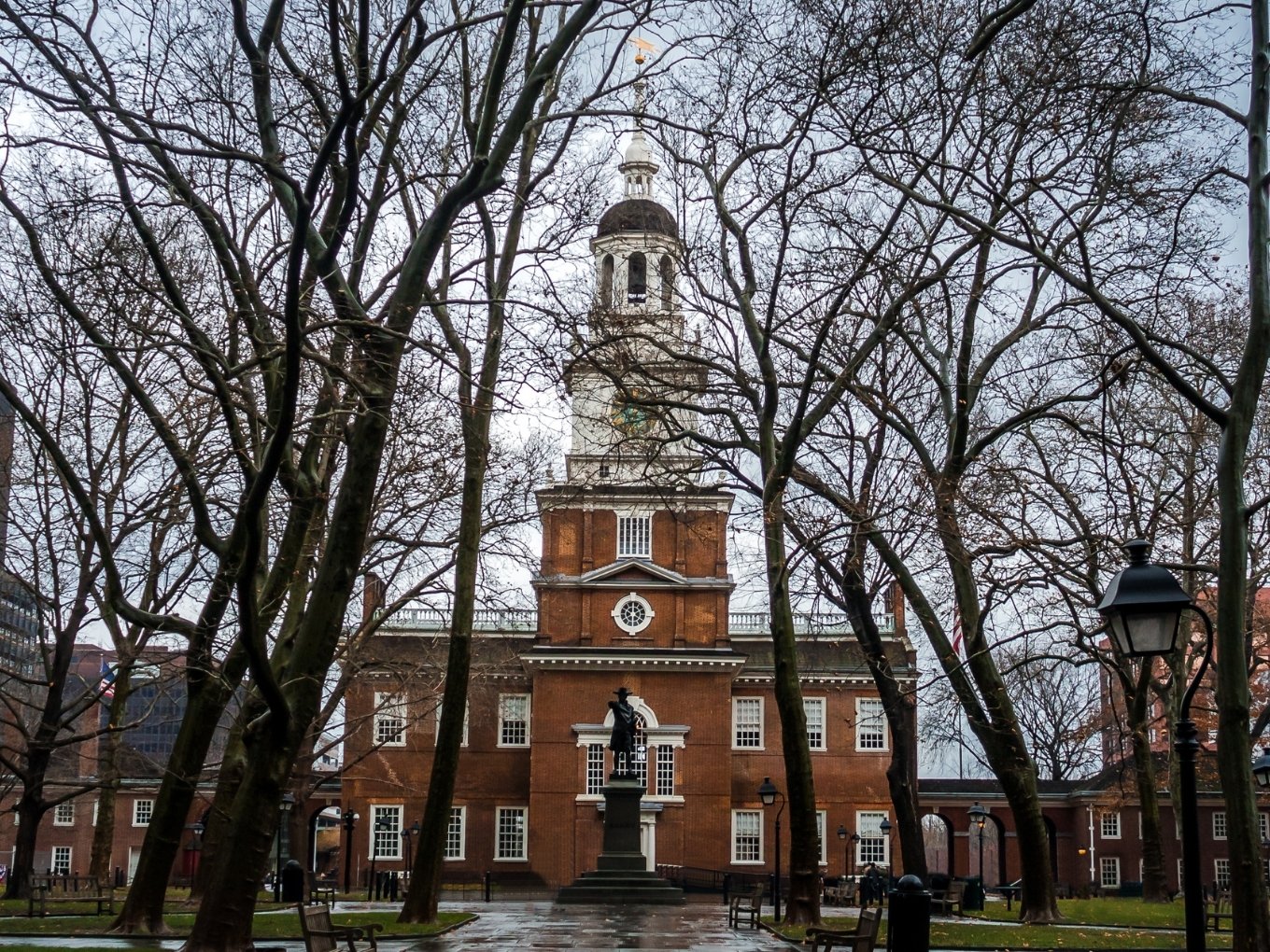 The Independence Hall, a historic building located in the Independence National Historical Park, is where the Declaration of Independence and the US Constitution were signed. The historic site is open to the public via guided tours, but only limited visitors are allowed each day. You must either arrive early or by booking tickets online at NPS Website. 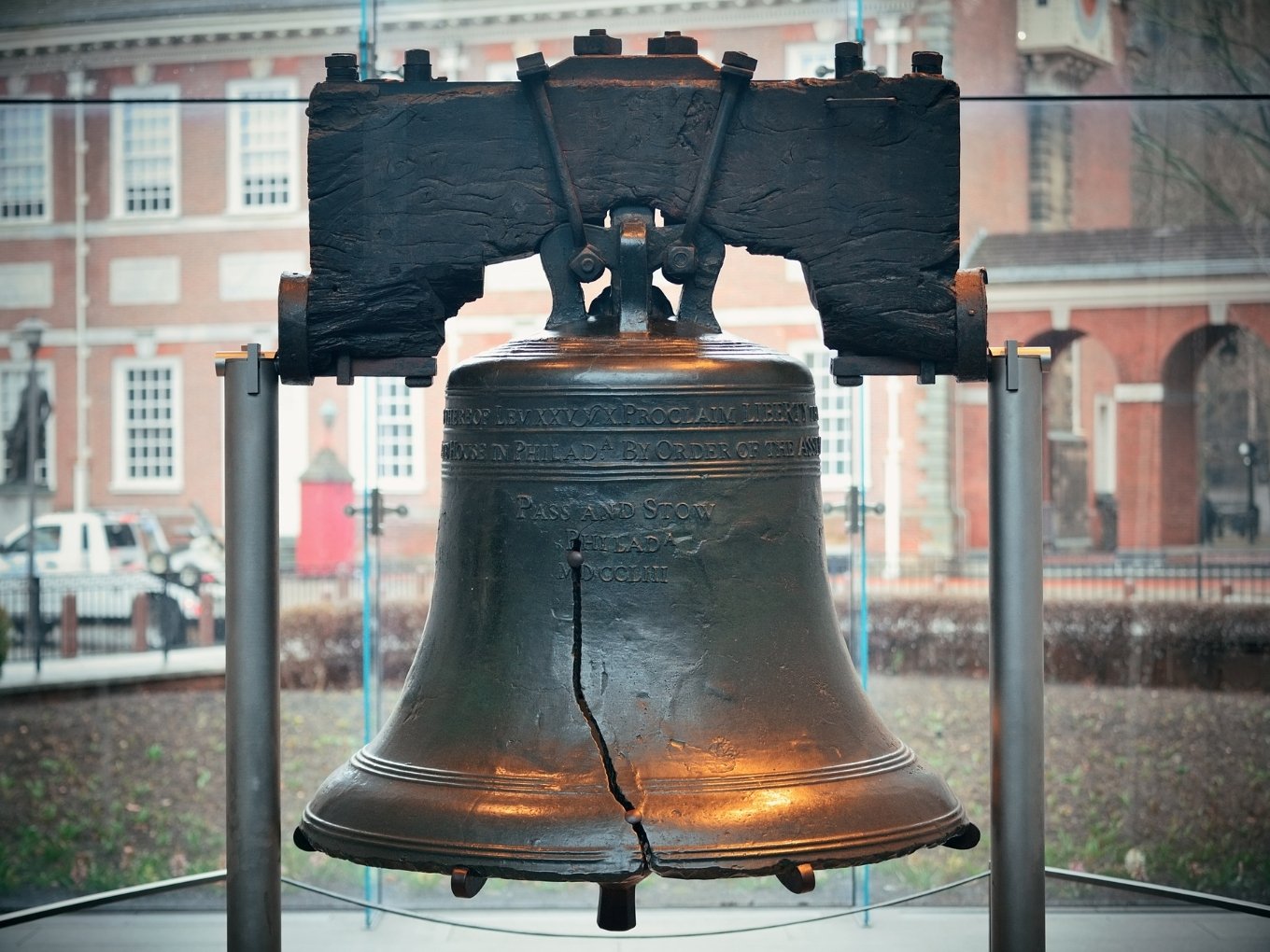 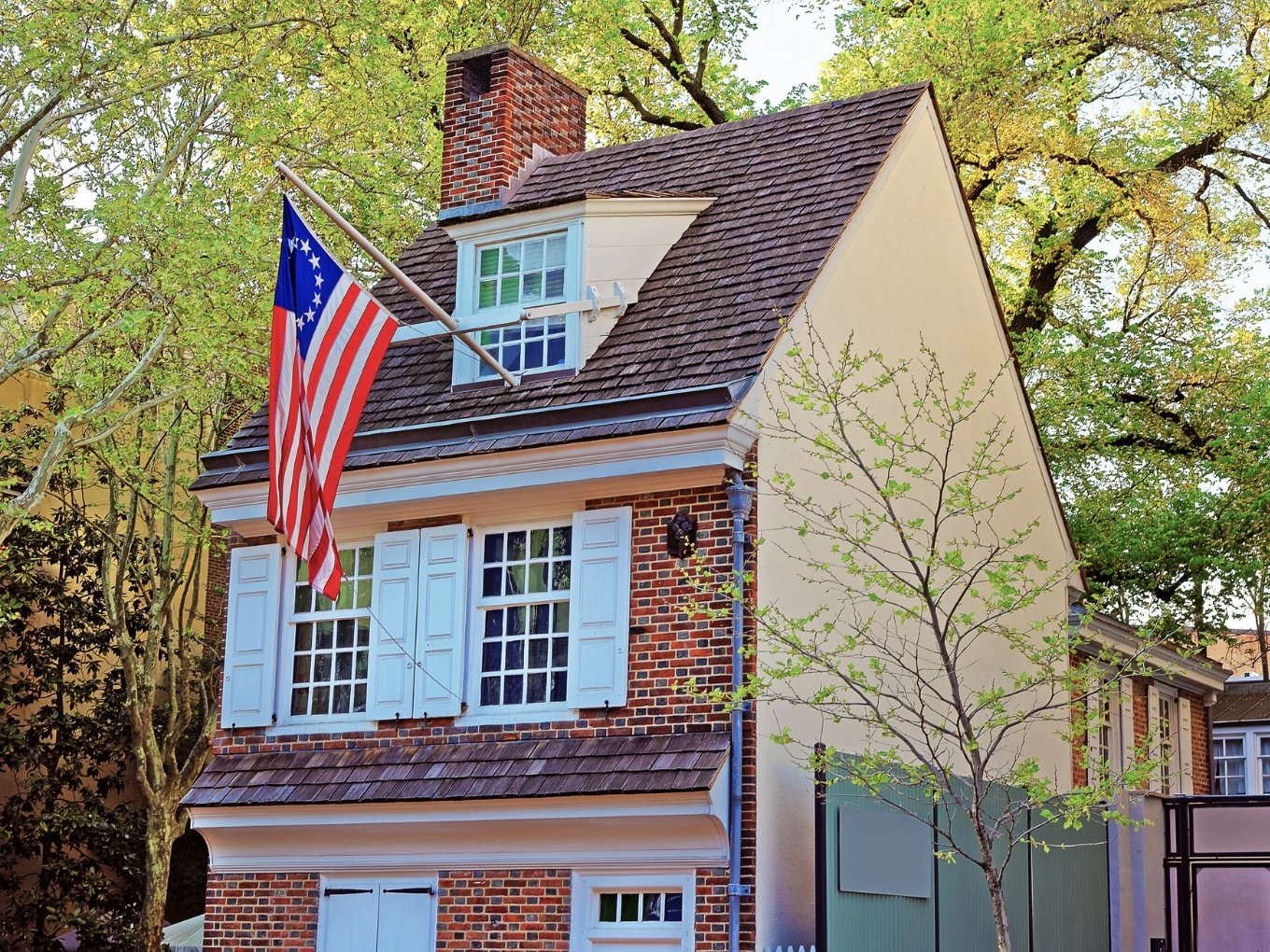 The Philadelphia City Hall, located in the heart of the city, is the seat of the city’s municipal government and also the Nation’s largest municipal building and the world’s largest free-standing masonry structure without a steel frame. On the top of the building’s tower is a statue of William Penn and an observation deck that can be accessed via guided tours. 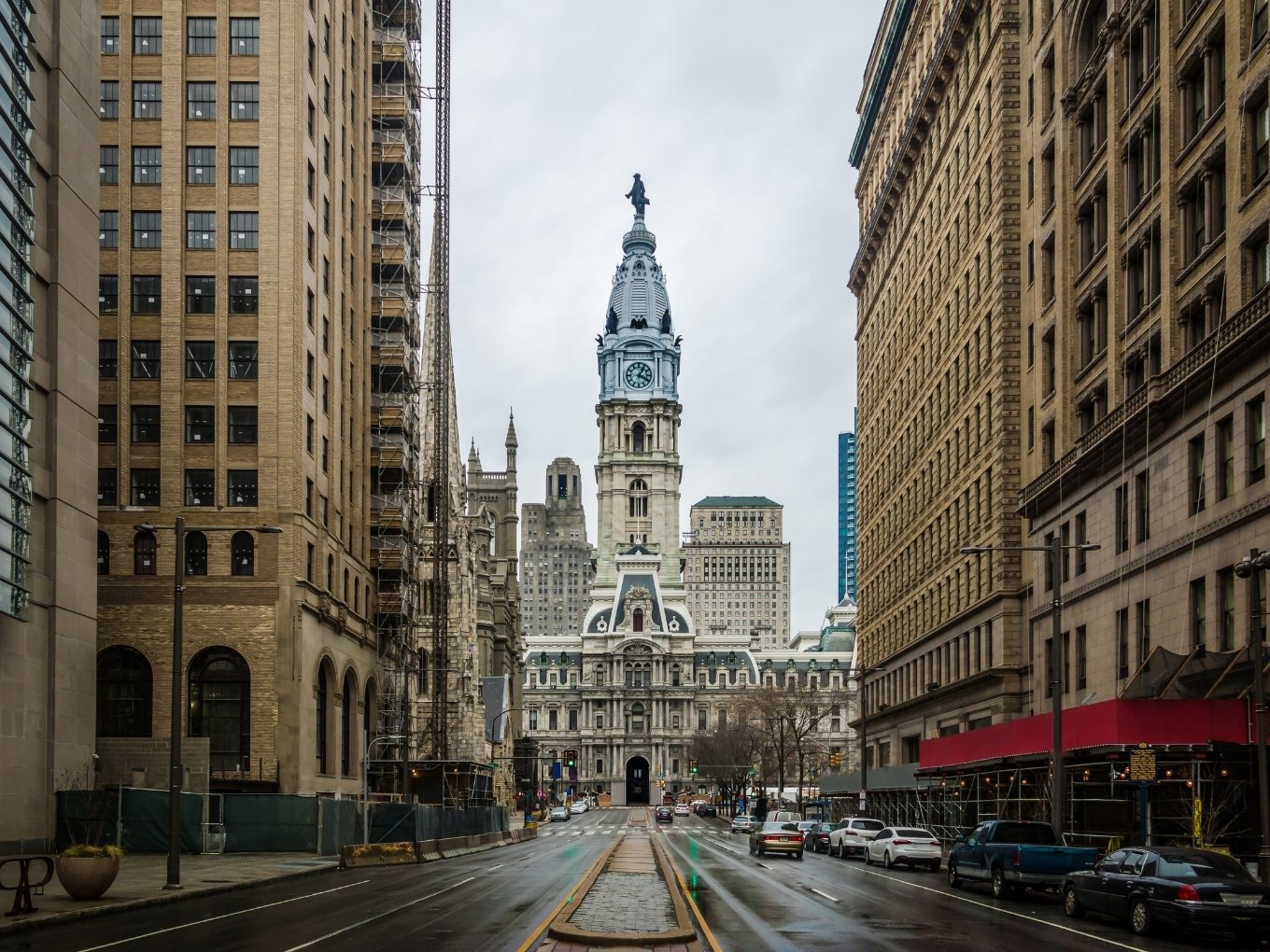 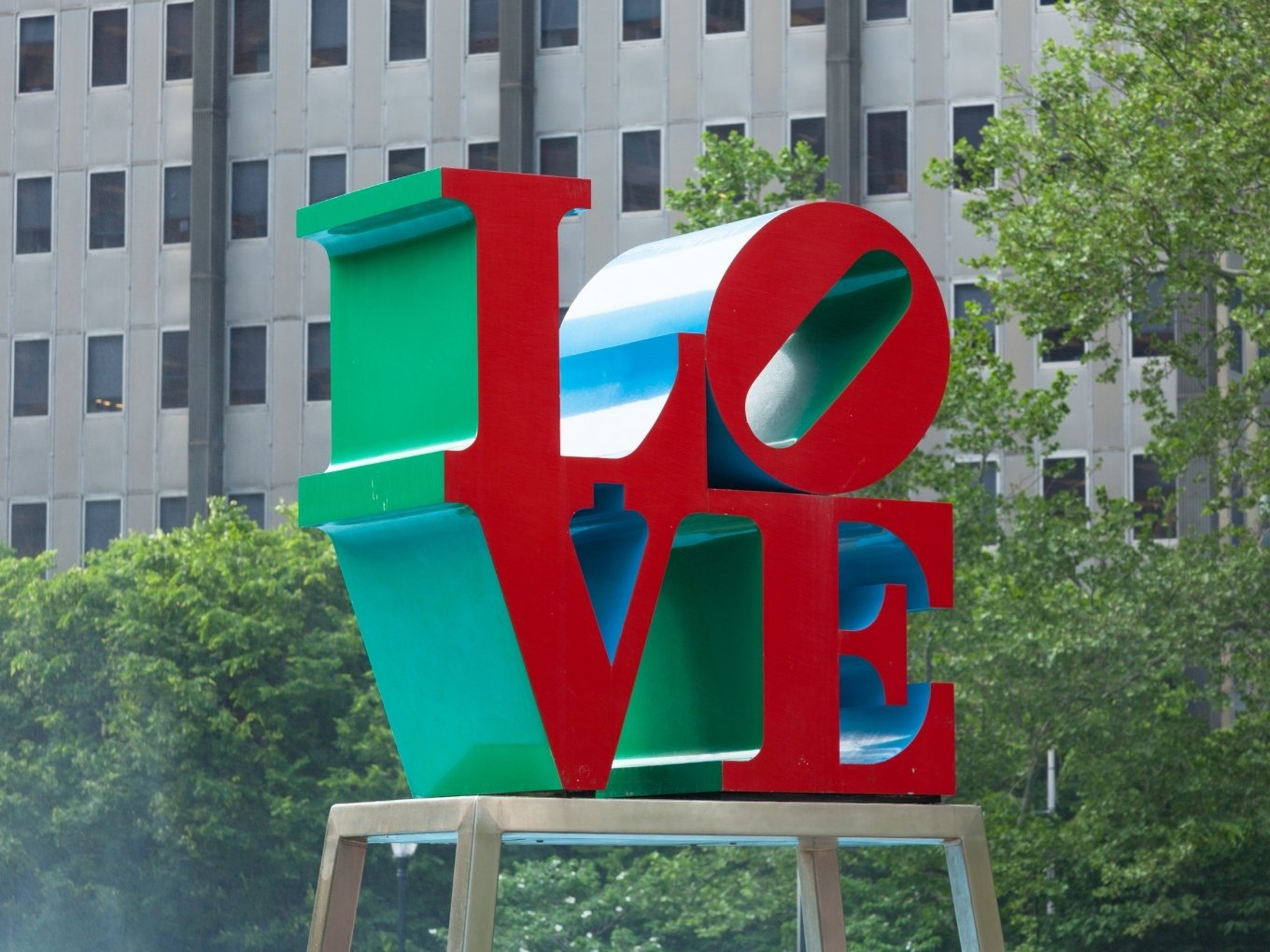 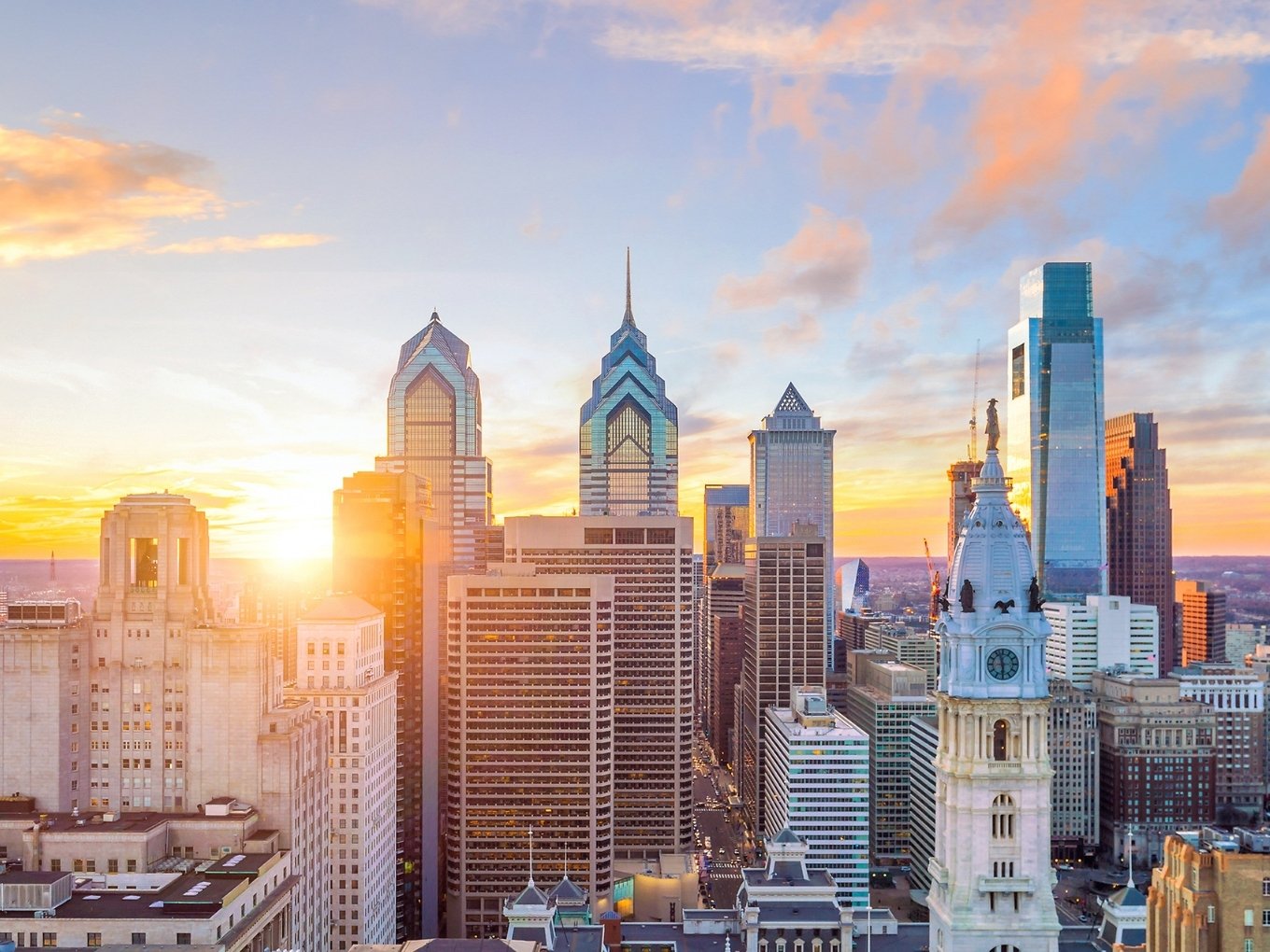 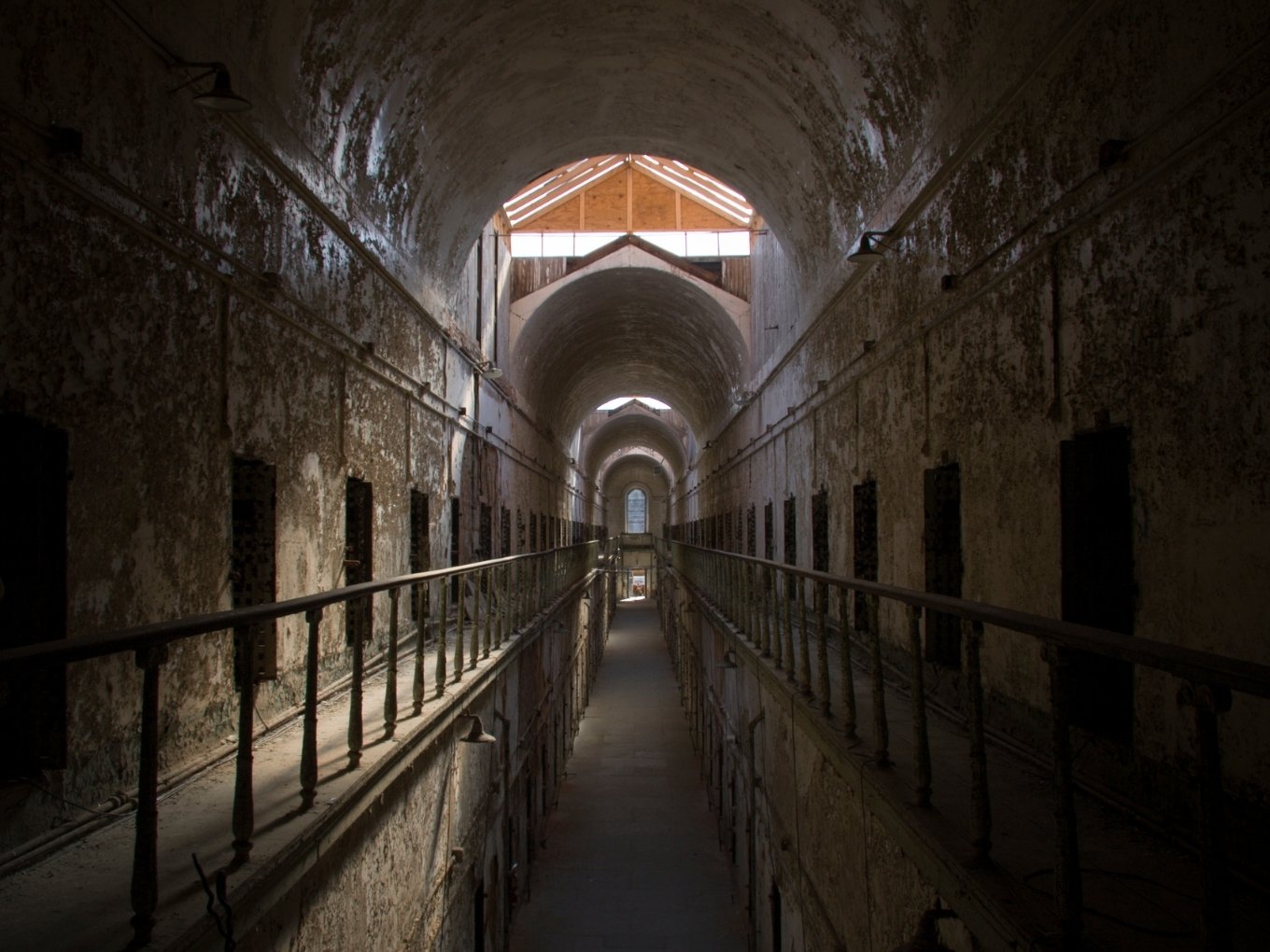 Eastern State Penitentiary, one of the world’s most sophisticated and expensive prisons of the 1820s, was in use until 1971 and housed several notorious criminals and gangsters, including Al Capone. The prison is now open to the public as a museum and features several tours that reflect on the prison life of the inmates and lets you explore different sections of the penitentiary.

The Philadelphia Museum of Art, built in the year 1876 for the Centennial Exposition in Philadelphia, features one of the largest collections of artworks and paintings in the US. The museum is home to some of the world’s finest artworks displayed in its several galleries and sculpture garden and also offers self-guided audio tours. 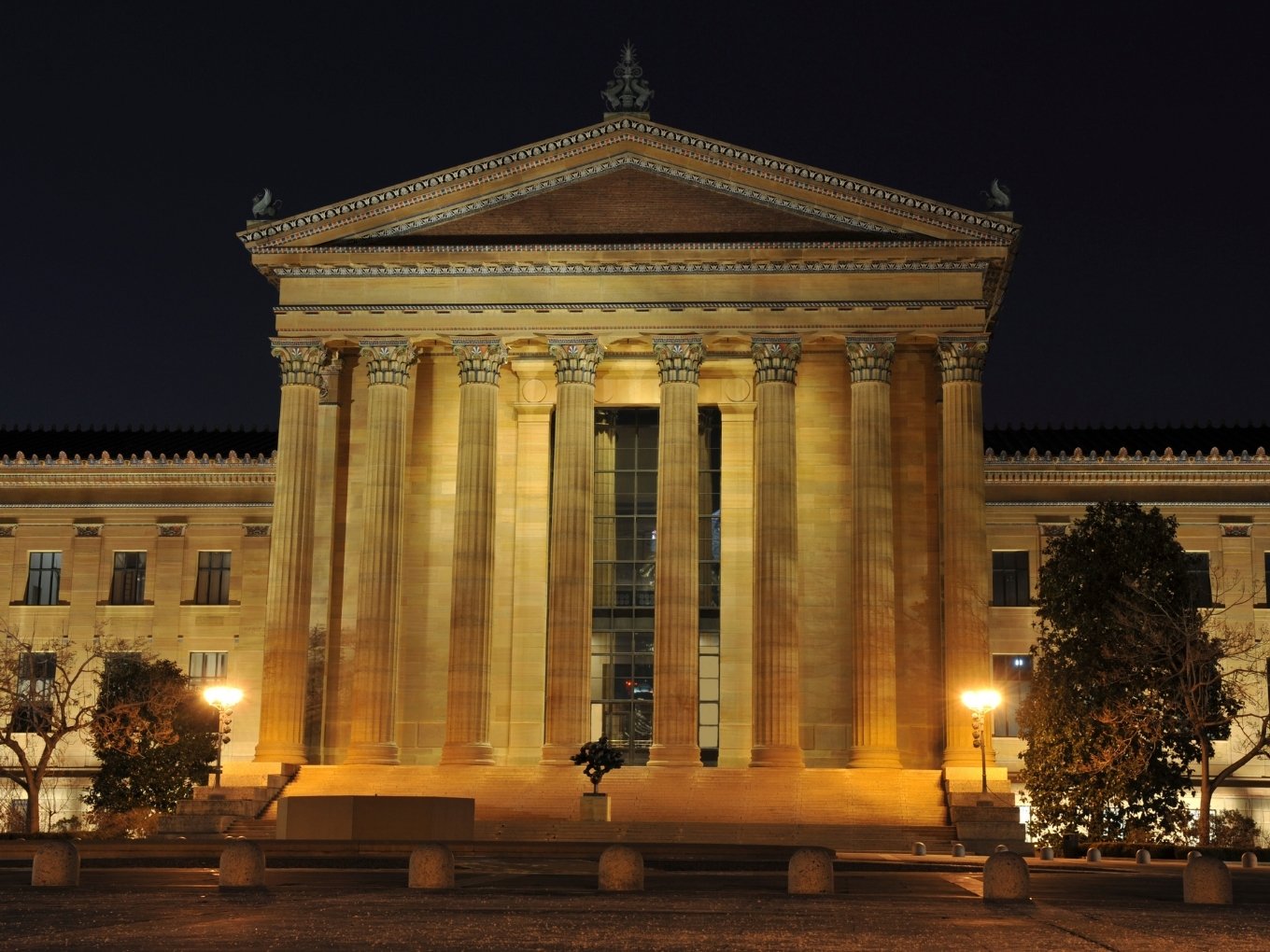 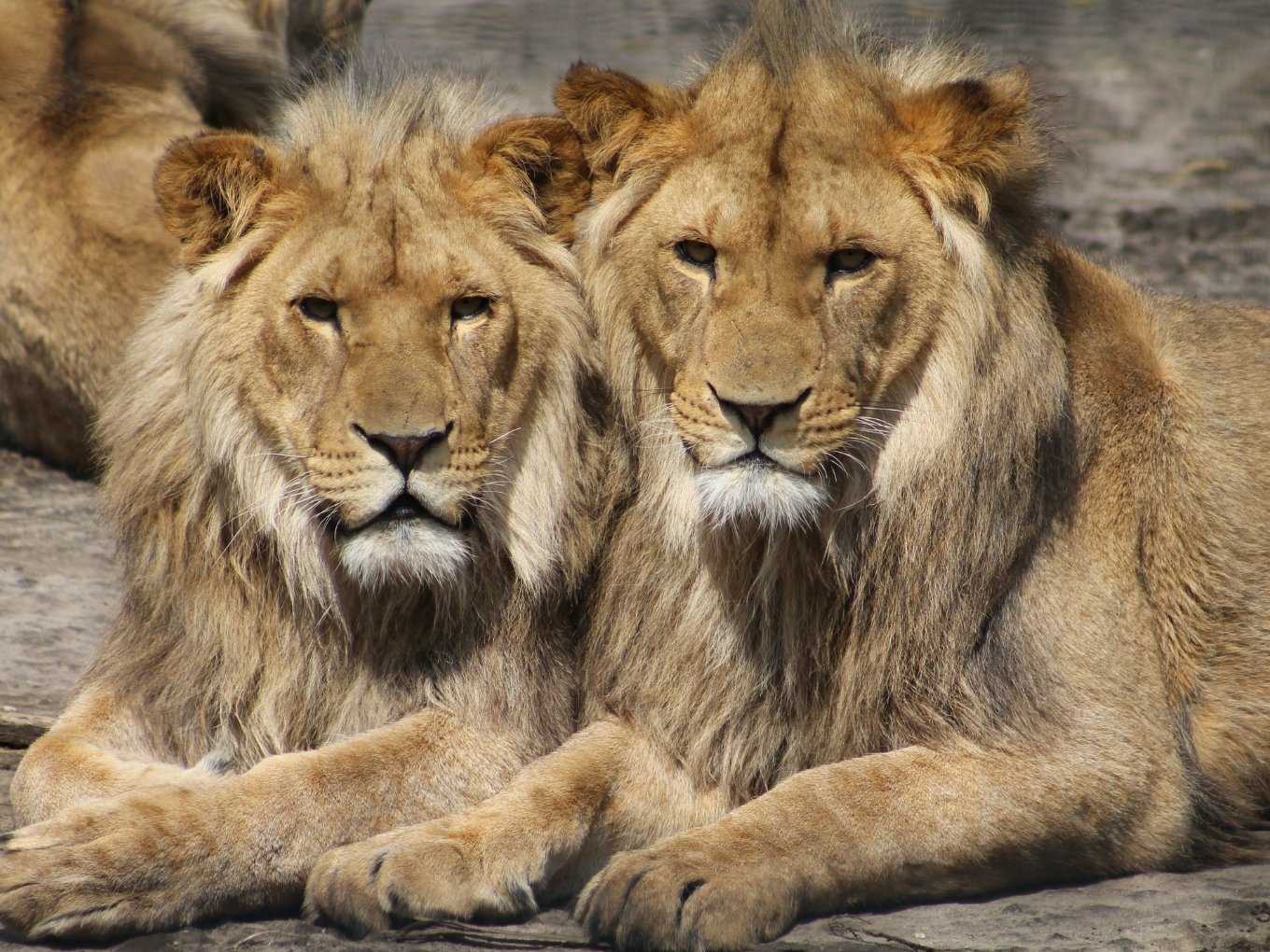 The Philadelphia Zoo, located on the banks of Schuylkill River, about 4 miles northwest of Center City, is the first zoo in the US! The Philadelphia Zoo features several animals from all over the globe, several shows, guided tours, kid-friendly rides, and numerous eateries, and is a fun place for all age groups!

The Please Touch Museum, just a mile from the Philadelphia Zoo in the Centennial District, is a children’s museum featuring a multitude of interactive life-size exhibits, including Please Touch Garden, Natures Pons, River Adventures, a Carousel, and several others. The Please Touch Museum offers a unique experience and a must-do for families with kids. 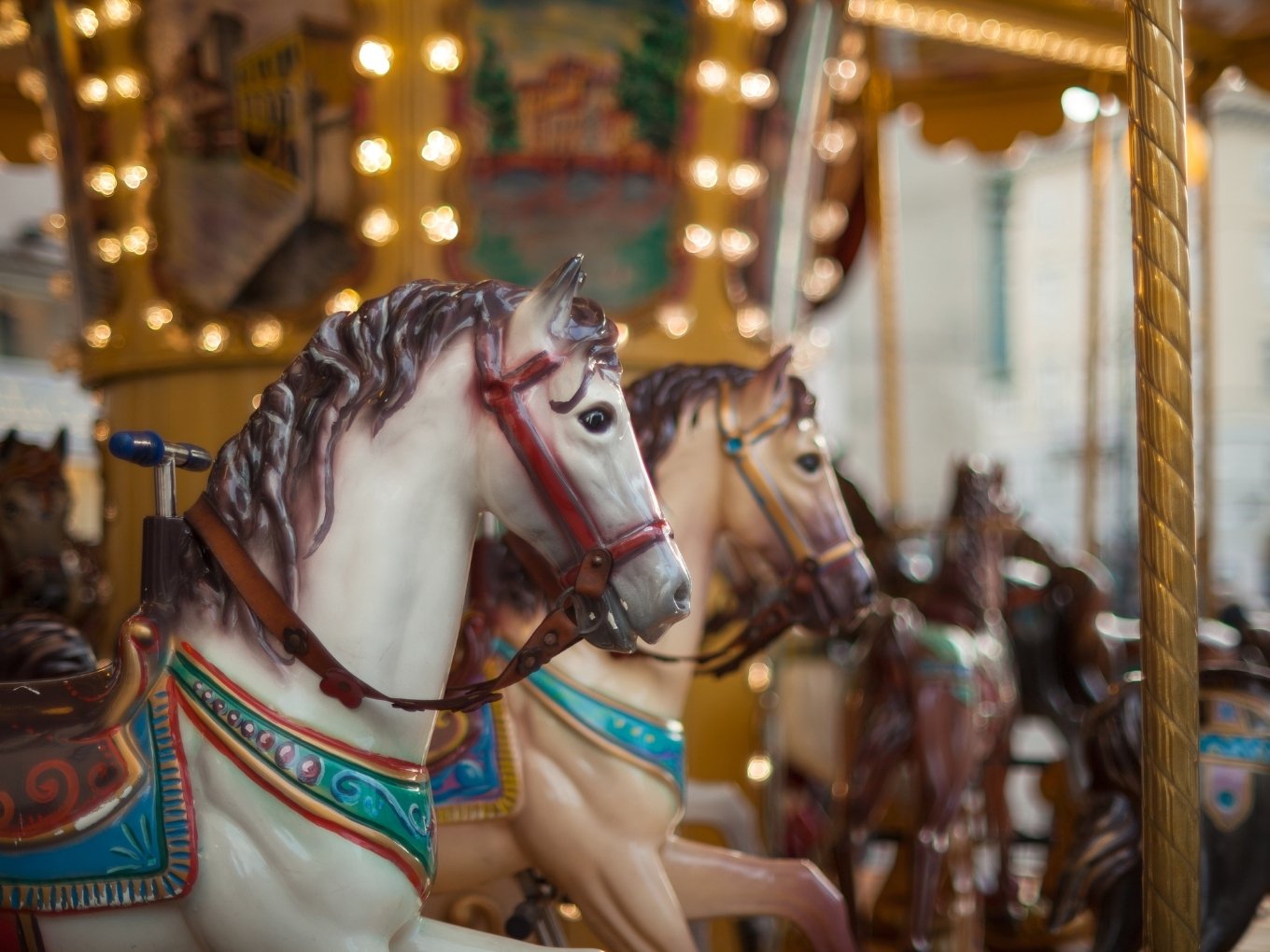 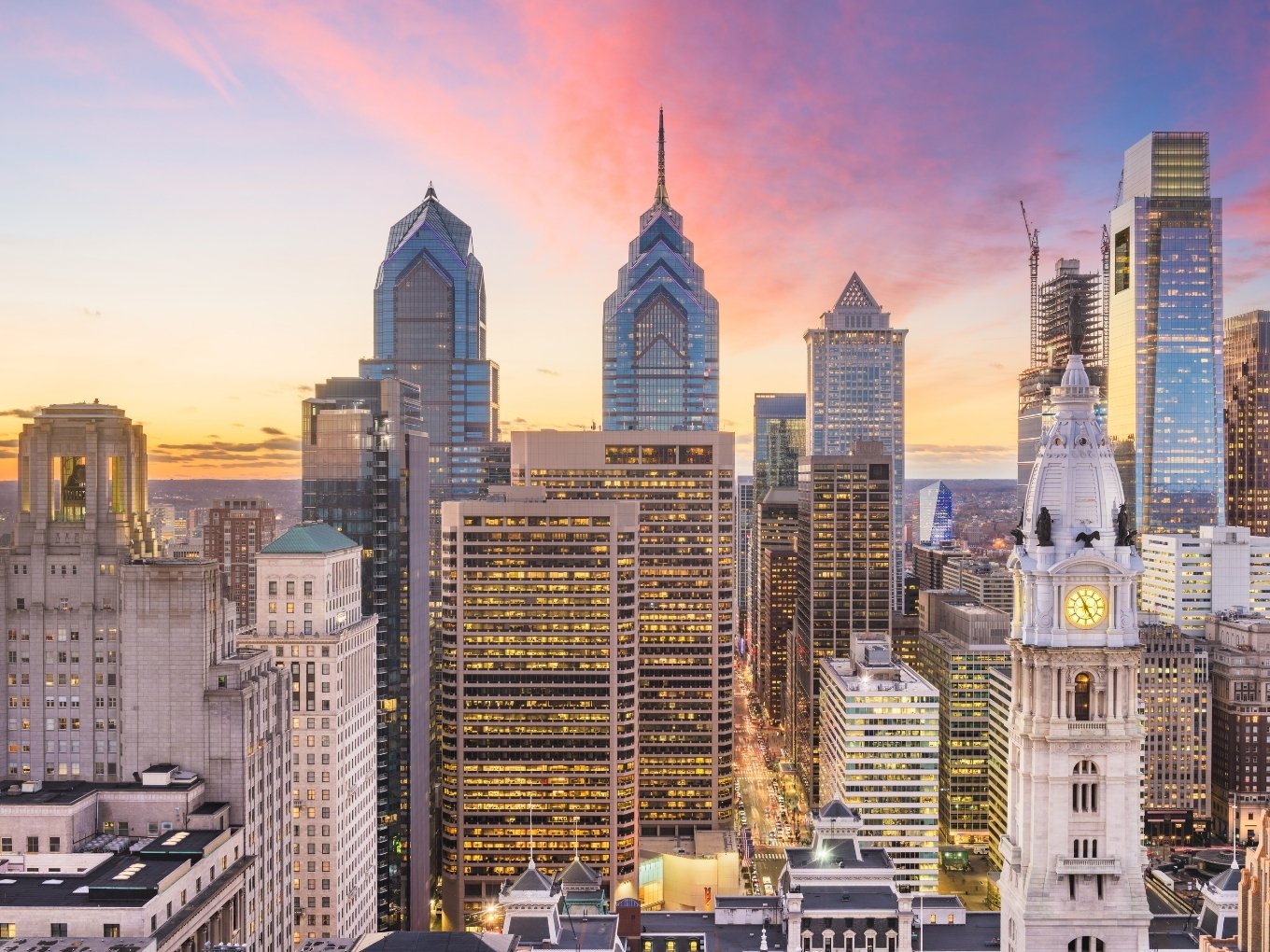 I recommend staying close to Center City or Old City for easy access to several attractions and an authentic Philadelphia experience!

Restaurants In Philadelphia: There’re endless dining options in Philadelphia, ranging from fine dining to local eateries serving various cuisines. There’re so many eateries in every street, especially in Center City and Old City, it’s impossible to try them all or pick one over the other. However, here’re a few dishes and joints you must try when in Philadelphia – Cheesesteak at Jim’s South St. or Sonny’s Famous Steaks, Scrapple / Pan Rabbit in Reading Terminal Market, Water Ice / Italian Ice at John’s Water Ice or The Franklin Fountain, and soft pretzel in Center City Pretzel Company. 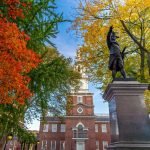 I hope you enjoyed reading the post, The Ultimate Guide To Philadelphia, and I hope this will help you plan your trip to Philadelphia. You can find other Pennsylvania attractions in my Pennsylvania Travel Guide.