The Ultimate Guide To Orlando

The Ultimate Guide To Orlando 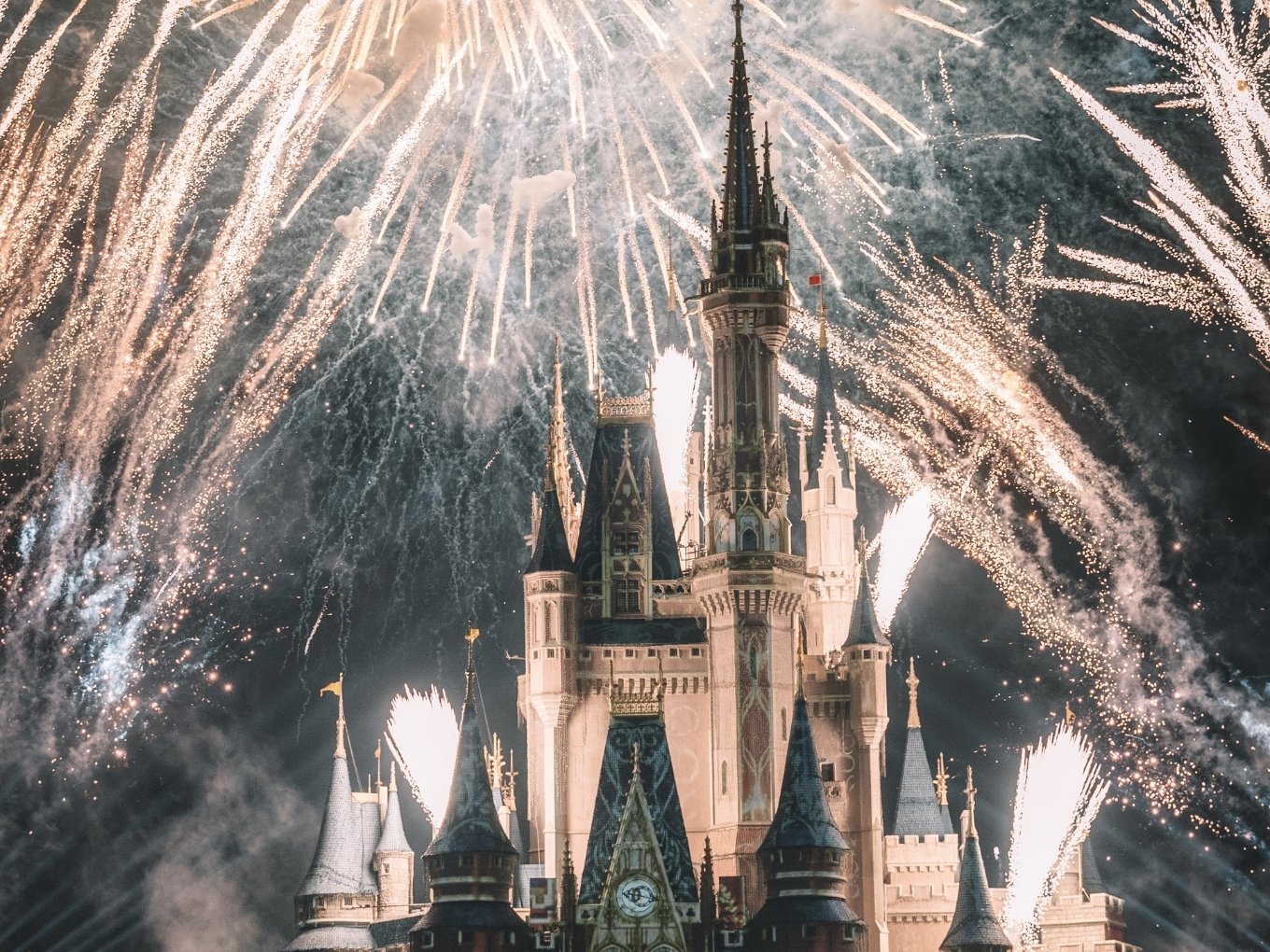 Orlando, one of the world's premier tourist destinations!

Orlando, renowned the world over for its many theme parks and family friendly-attractions, is one of the most sorted after tourist destinations worldwide!

Orlando, with a year-round warm and temperate climate, more than 230 days of sunshine, and its several theme parks, is one of the most visited cities in the US, alluring tourists from all over the globe! Righteously referred to as “The Theme Park Capital of the World,” Orlando is home to seven exceptional theme parks, including four Walt Disney Parks – Magic Kingdom, Animal Kingdom, Hollywood Studios, and Epcot, two Universal Parks – Universal Studios and Islands of Adventure, and the SeaWorld Orlando.

Though the city of Orlando is now popularly known for its many tourist attractions, Orlando has a long and rich history that dates back to the Second Seminole War in 1838, when the US Army built Fort Gatlin to safeguard and protect the many settlers of the region. Orlando soon became famous for its citrus industry, and it was also an active military zone during World War II and served as the Air Force Base. However, the most historical event that changed the city forever was in 1965, when Walt Disney announced his plans for opening his Walt Disney World in Orlando. Since then, several theme parks, luxury resorts, and elegant dining venues were constructed in the city, which turned Orlando into the Nation’s premier vacation destination!

Most people come to Orlando to visit the theme parks, which you must visit if it’s your first time in Orlando! However, the city has a lot more to offer besides its fabulous parks!

I don’t blame you if you’re planning on visiting only theme parks on your trip to Orlando. In fact, you might need a couple of trips to Orlando just to see all the theme parks in the city, which are all incredible, unique, and it’s very difficult to pick one over the others! However, if you’re able to make room for other attractions, you can choose from several other family-friendly attractions in Orlando, including a few great museums, Icon Park – a popular entertainment and dining destination, Leu Gardens – a beautiful landscape featuring gardens, ponds, and fountains, Gatorland – an excellent place to meet Florida alligators, Legoland, Kennedy Space Center Visitor Complex, and so much more!

Planning Your Trip To Orlando 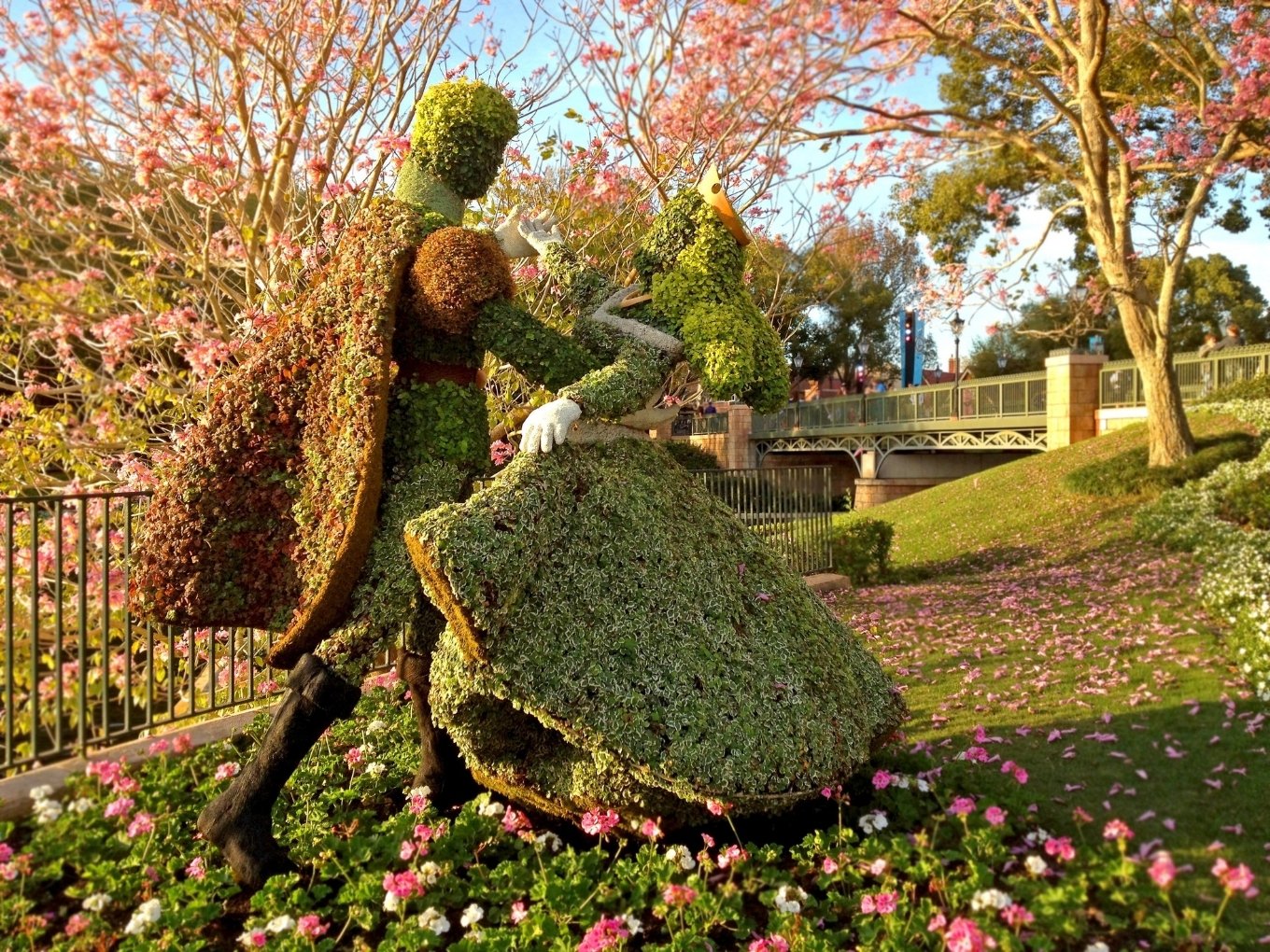 Directly flying into Orlando international airport, renting a car, and staying close to the attraction you plan to visit is the best way to get the most out of your trip to Orlando!

Best Time To Visit Orlando: Orlando, with warm weather throughout the year, is a year-round destination! While you don’t need to worry about weather while planning a trip to Orlando, you definitely need to consider the school and college holidays, including spring break, summer vacation, Christmas / winter break, and long weekends, which happens to be the busiest time in Orlando. The best way to avoid long queues and wait times at theme parks is by visiting during the shoulder seasons, March – April and October – November.

Getting To Orlando: The best and most comfortable way to get to Orlando is by flying into Orlando International Airport, located very close to all major theme parks and attractions. Alternatively, you could also take an Amtrak train or a Greyhound bus to Orlando.

Parking & Transportation In Orlando: Most hotels and attractions in Orlando offer paid onsite parking, and there are quite a few public and private parking lots scattered all over the city. Though Orlando offers quite a few public transportation options, including LYNX Bus Service, LYMMO Downtown Circulator, and SunRail, I recommend renting a car when visiting Orlando.

Tours & Multi-Attraction Passes In Orlando: If you’re visiting Orlando or any other city in the US for the first time, I highly recommend using a hop-on-hop-off tour service and buying a discounted multi-attraction pass from CityPASS. There’re a couple of local tour companies that offer excellent guided bus tours in Orlando, which are great for sightseeing, including The Orlando Sightseeing Pass and City Sightseeing Orlando.

Lodging & Dining In Orlando: I recommend staying close to the attraction / theme park you plan to visit in Orlando so that you can spend more time in the park and avoid traffic and long drives. There’re several lodging options in Orlando, including a few great resorts offered by Disney and Universal, several luxury resorts, and boutique hotels by big brand chain hotels. When it comes to dining, most of the time, you would eat at one of the theme parks, where you will find several dining choices! I have reviewed the lodging and dining options in Orlando in detail in the later section of this post.

Things To Do In Orlando

To see all that Orlando has to offer, you will need at least a couple of weeks or have to make a couple of trips to Orlando. However, if you’re visiting Orlando for the first time or are pressed for time, your best option is to visit a few of the fabulous theme parks in Orlando. There’re seven major theme parks in Orlando, and every park is unique and fun! These parks are owned and operated by three major entertainment companies – Disney Parks, Universal Parks, and SeaWorld.

However, if you have more time or would like to take a break from the theme parks, Orlando has several other family-friendly attractions besides its theme parks, including Icon Park – a popular entertainment and dining destination, Leu Gardens, Gatorland, Legoland, WonderWorks, Kennedy Space Center Visitor Complex, and several excellent museums – Orlando Museum of Art, Orlando Science Center, and Orange County Regional History Center.

Here’re the must-see and the most popular attractions in Orlando, starting with the major theme parks! 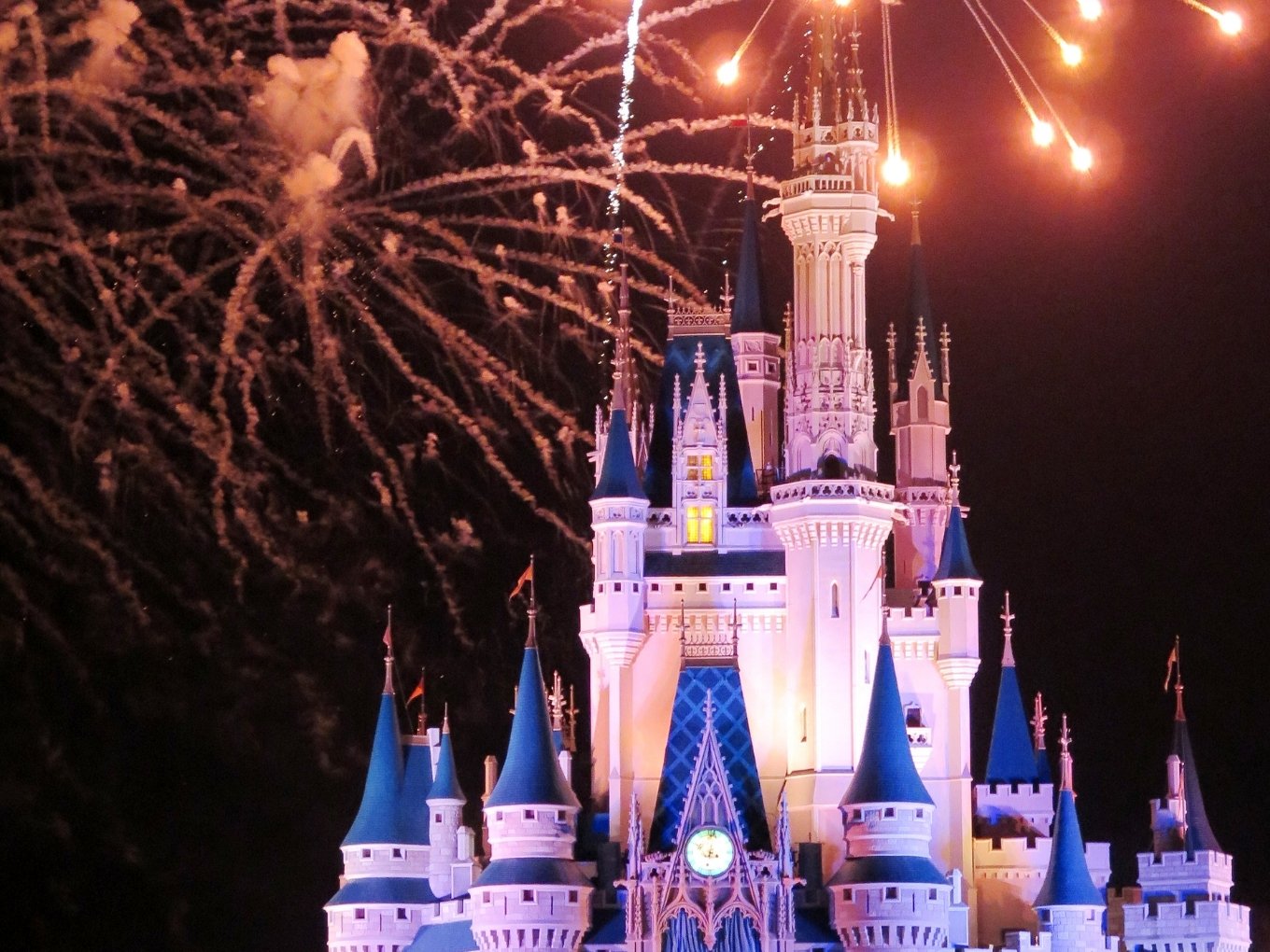 Disney’s Magic Kingdom Park, located at the Walt Disney World Resort in Bay Lake, is the first of the four Disney theme parks constructed in Orlando and is the most popular and iconic of all Orlando theme parks. It’s indeed the “Most Magical Place on Earth,” featuring rides, roller coasters, Cinderella’s Castle, an enchanting parade, and nightly fireworks.

Epcot, another fabulous theme park owned and operated by Disney, features a unique around-the-world experience, Epcot’s 11 countries, where you can explore global cultures, architecture, and food from different parts of the world, including Canada, China, France, Italy, Germany, Mexico, Japan, Morocco, Norway, United Kingdom, and the US. 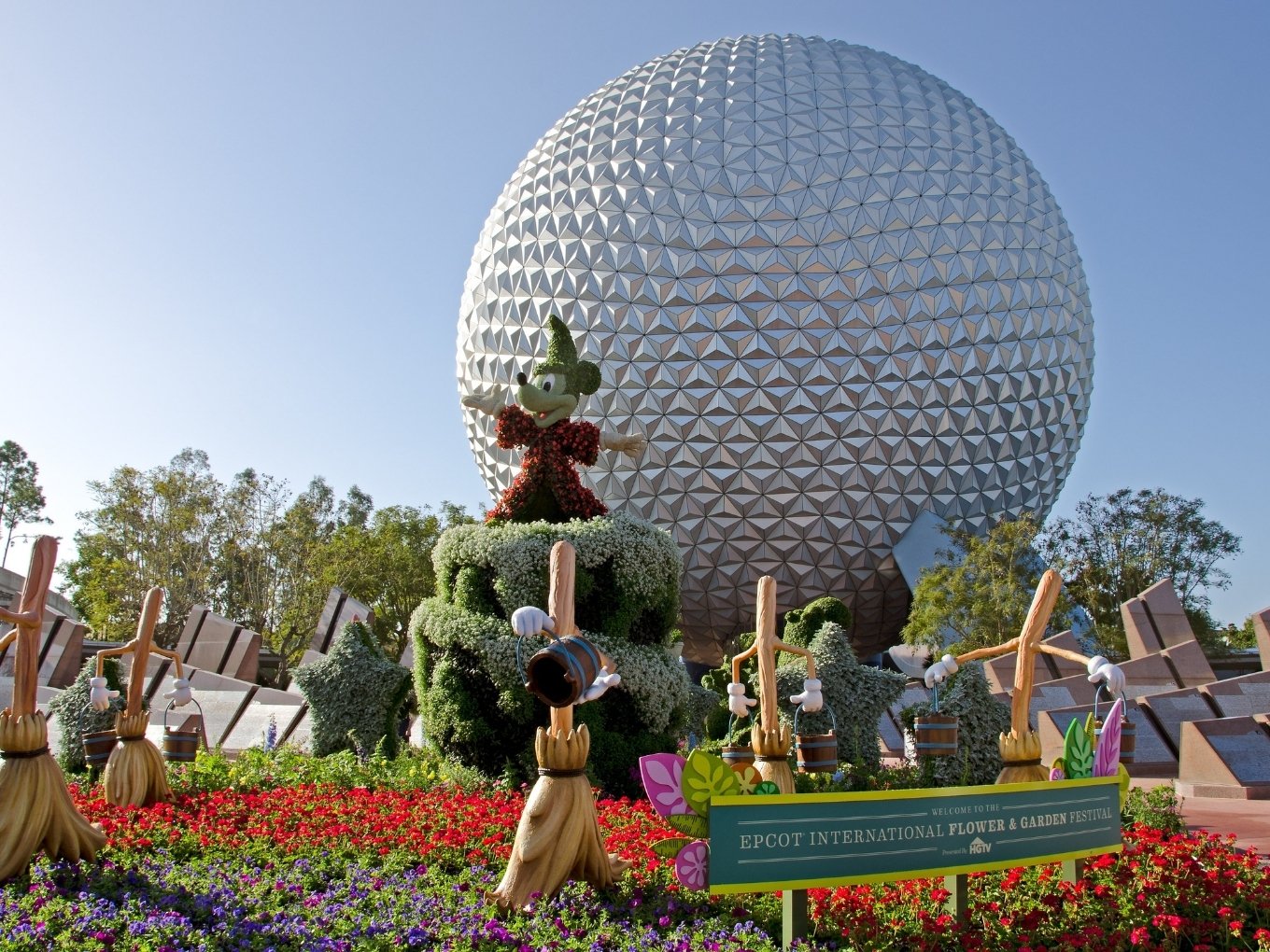 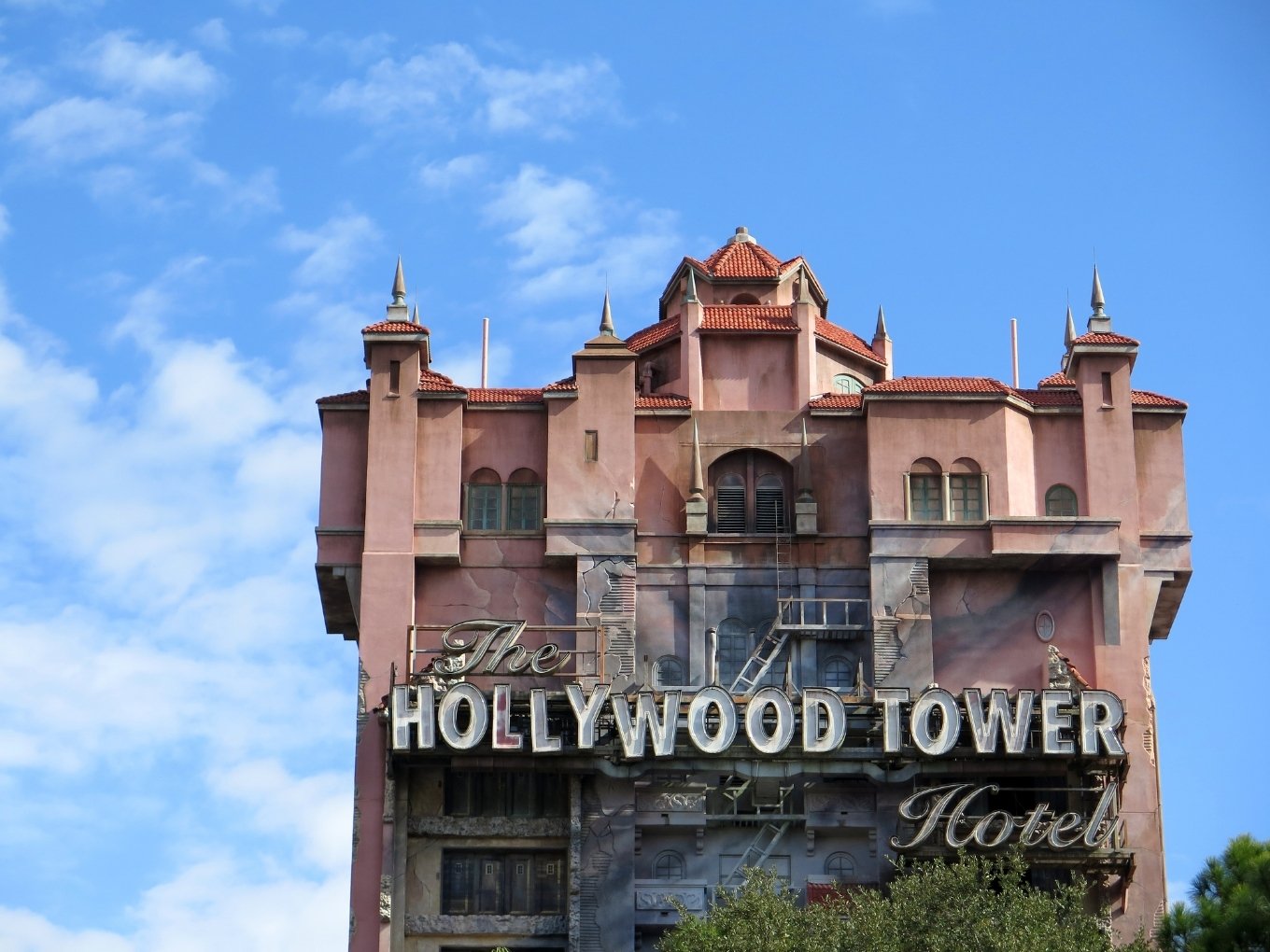 Disney’s Hollywood Studios, a theme park built around Hollywood movies, features several captivating shows with special effects and stunts used in the movies and many thrill rides. Some of the most popular shows and rides include – First Time in Forever, Indiana Jones Epic Stunt Spectacular, Muppet Vision 3D, The Twilight Zone Tower of Terror, and Star Wars.

Disney’s Animal Kingdom, the latest addition to the Disney Parks, is an amazing way to experience nature and wildlife! The Park features several live animals and nature through its several exhibit areas and rides, including the Tree of Life, Africa, Asia, Discovery Island, Pandora – The World of Avatar, DinoLand, Kilimanjaro Safari, Kali River Rapids, and Expedition Everest. 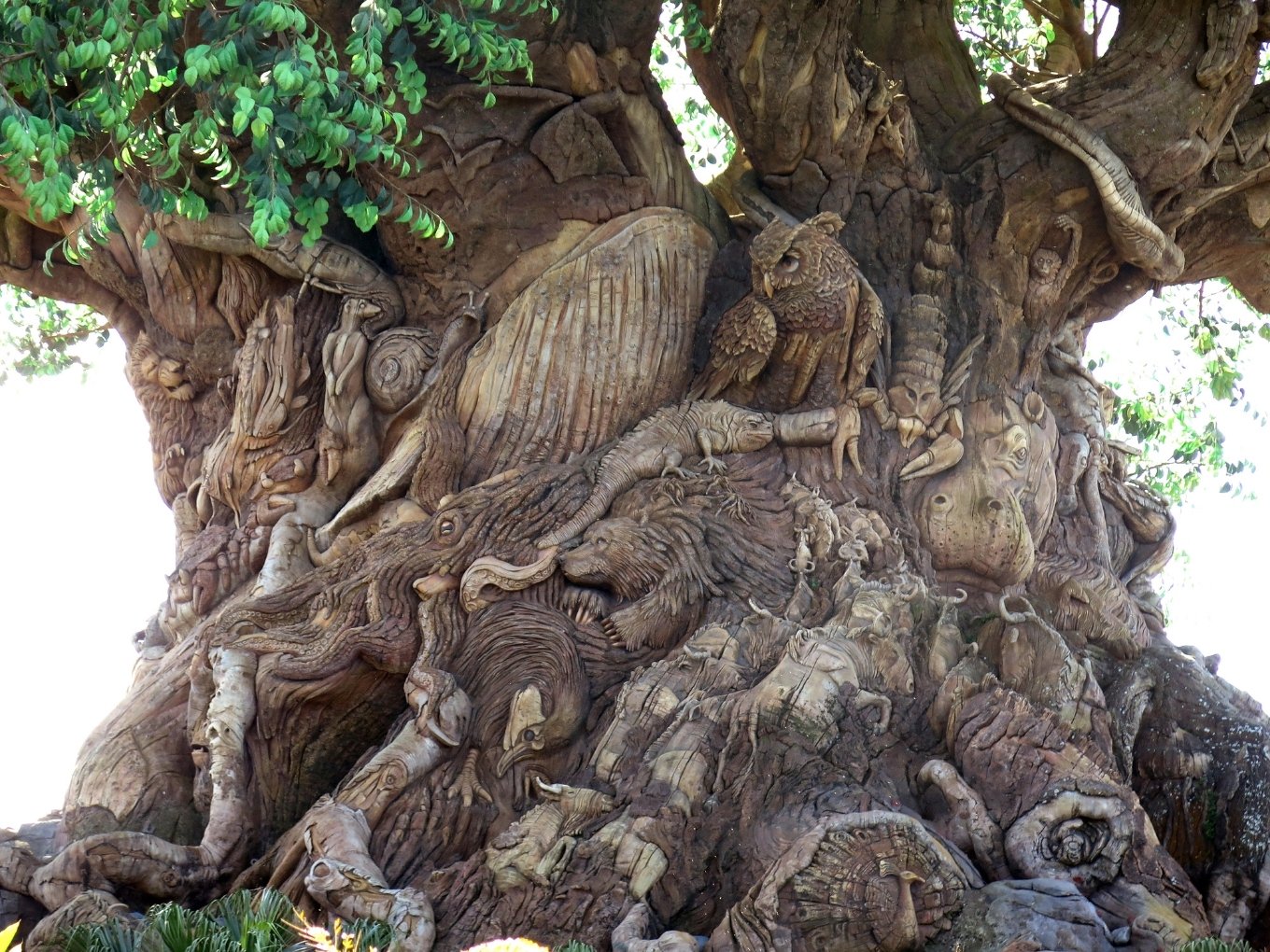 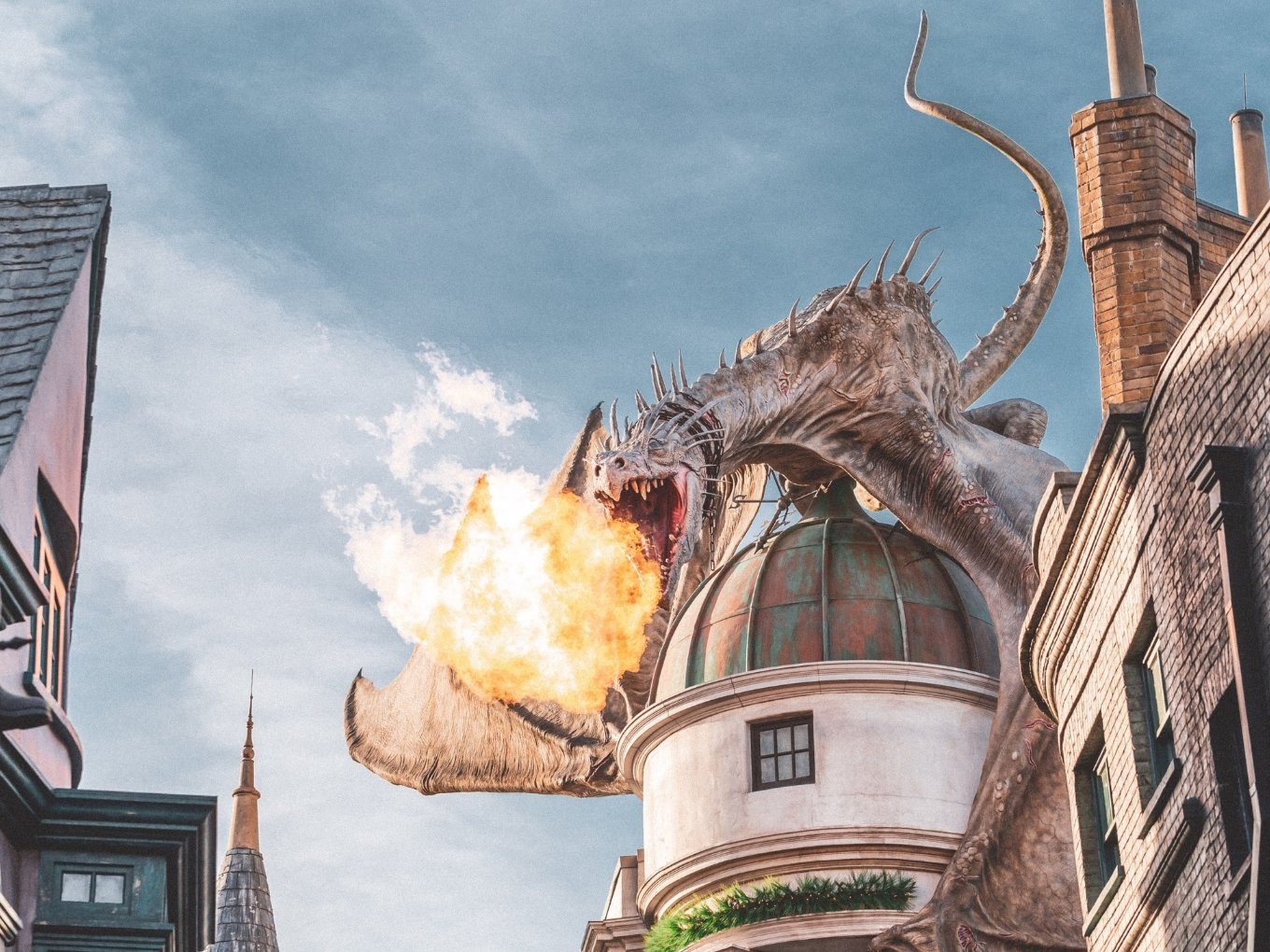 Universal Studios Hollywood, a film studio and a theme park, features one of the oldest and most famous Hollywood film studios and several world-class rides, shows, and an opportunity to tour real movie sets. The Park features numerous thrill rides, a legendary Studio Tour, spectacular shows with special effects & stunts used in films, and the bustling CityWalk. 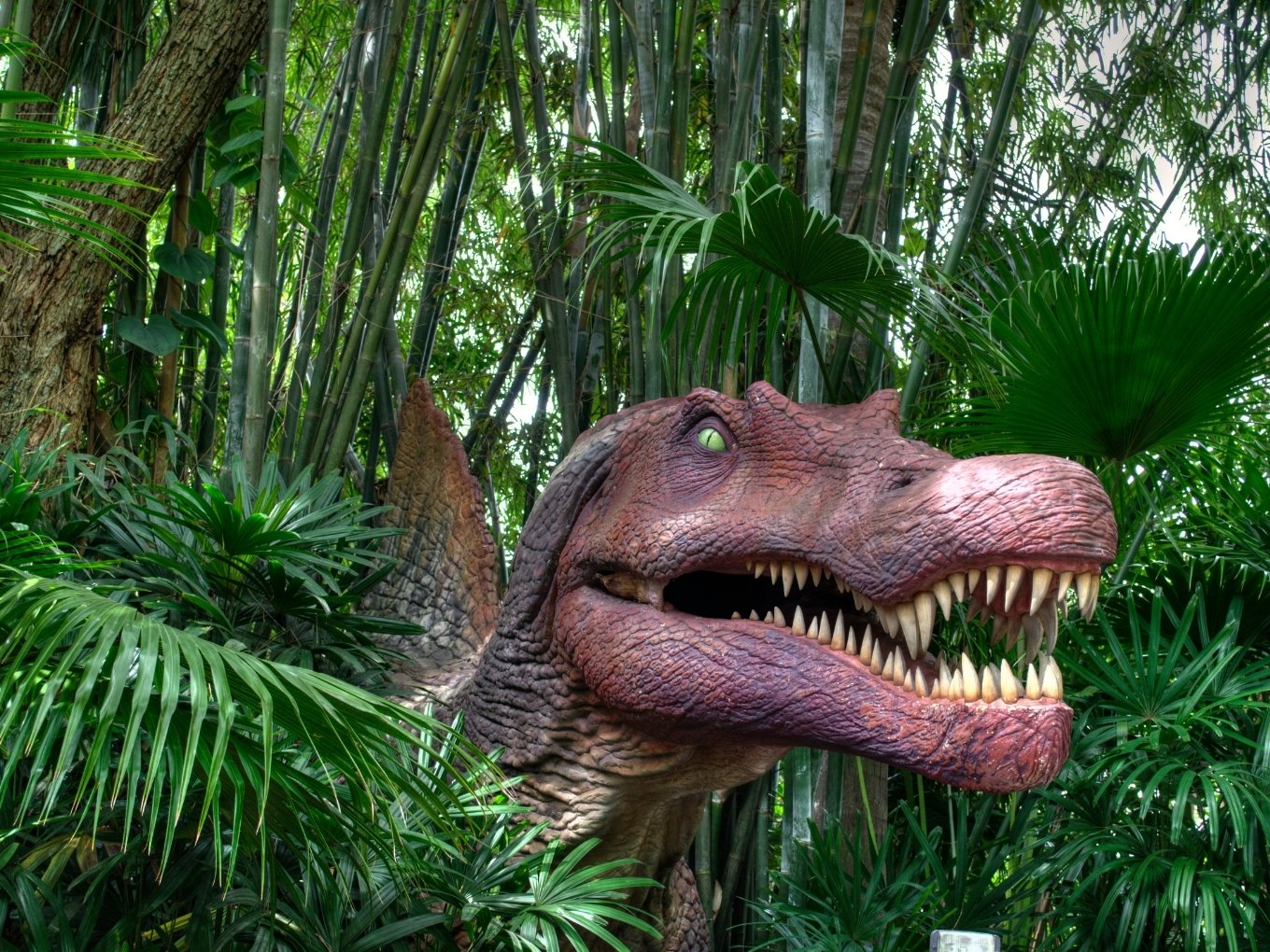 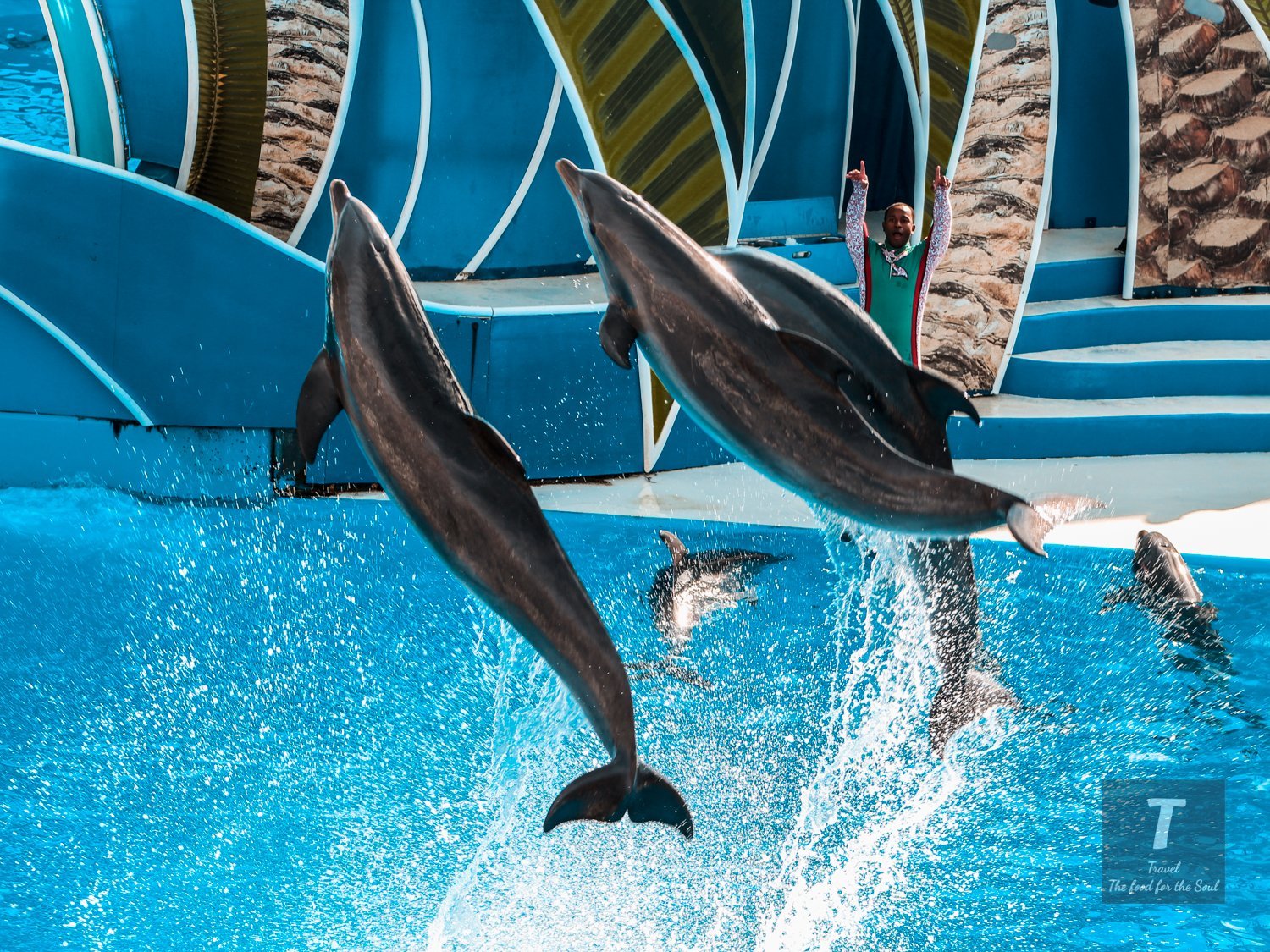 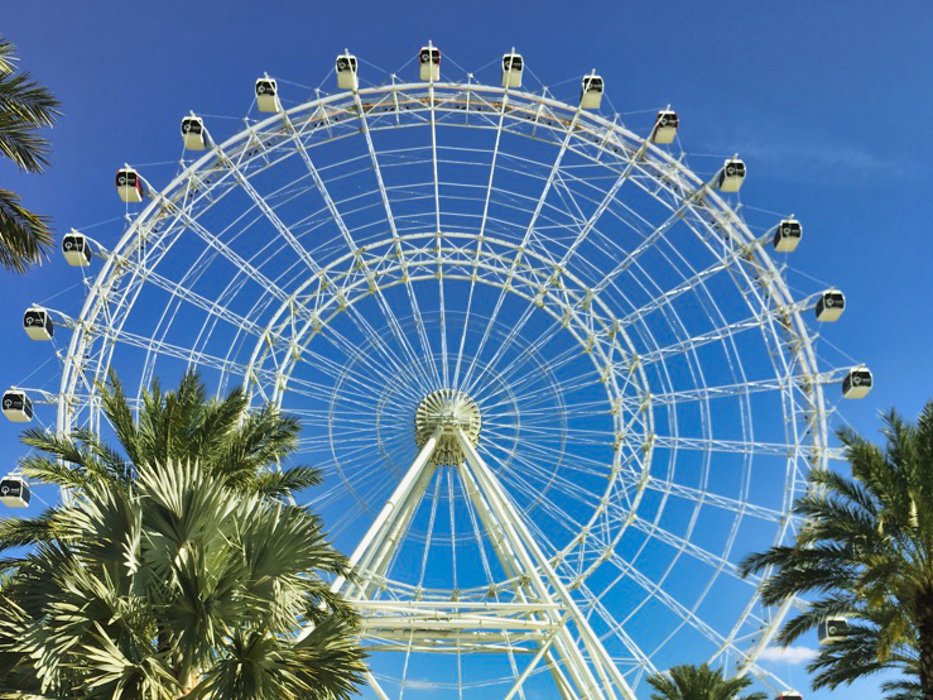 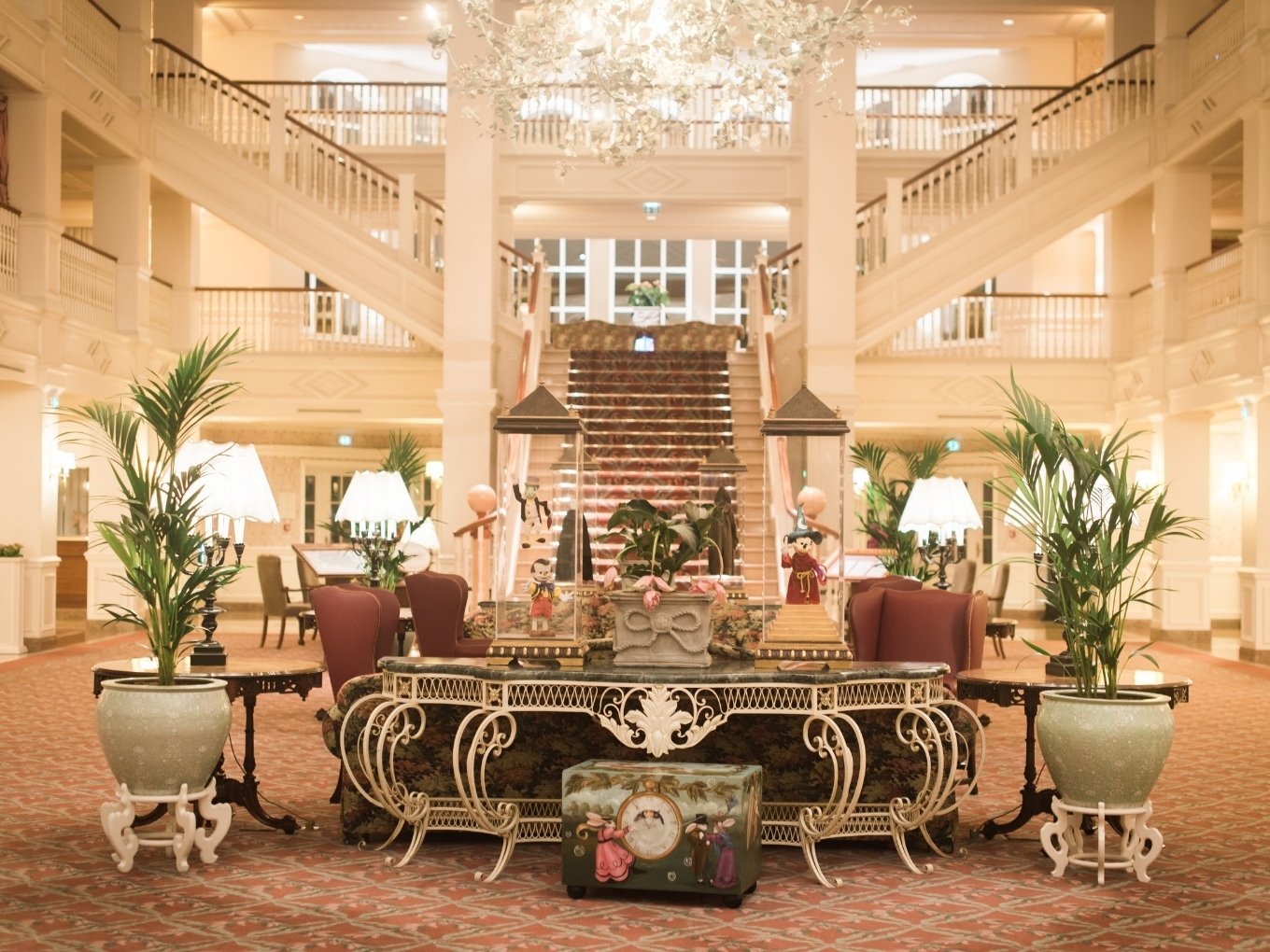 I recommend staying close to the theme park / attraction you plan to visit, and if possible, in one of the Disney or Universal resorts, for an authentic Orlando experience!

Hotels In Orlando: While there’re a ton of lodging options in Orlando, ranging from luxury resorts to bread and breakfasts spread all over the city, I highly recommend staying close to the attraction / theme park you plan on visiting in Orlando to save time and avoid Orlando’s traffic. Given it’s a top tourist destination, you will find several resorts and hotels in Orlando owned and operated by several big chain hotels. However, I recommend staying in one of Disney’s or Universal’s themed resorts or lodges for an authentic Orlando theme park experience! Here’re my top picks for hotels in Orlando

Disney Resorts: Disney owns and operates quite a few exceptional resorts in Orlando, each featuring a unique experience and excellent amenities –

Universal Resorts: Like Disney, Universal also offers a wide range of resorts and hotels with excellent amenities close to the Universal theme parks –

Other Resorts & Hotels: While my first choice is staying in one of Disney or Universal properties, many a time, it becomes pretty difficult to get a reservation if not planned and booked in advance. In such situations, you can always stay in other resorts or hotels owned by other hotel chains, but close to the attraction you’re visiting.

Restaurants In Orlando: There’re endless dining options in Orlando, ranging from fine dining to local eateries serving various cuisines. However, you would most likely dine in one of the restaurants and eateries in the theme park when visiting the theme parks. Every theme park features several restaurants, cafes, and a few unique dining experiences with costumed movie / cartoon characters. There are also a few wonderful dinner shows that you could enjoy in Orlando – Disney’s Spirit of Aloha Dinner Show, Hoop-Dee-Doo Musical Revue, Medieval Times Dinner & Tournament, and Wantilan Luau. 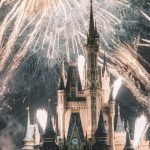 I hope you enjoyed reading the post, The Ultimate Guide To Orlando, and I hope this will help you plan your trip to Orlando. You can find other attractions in Florida in my Florida Travel Guide.