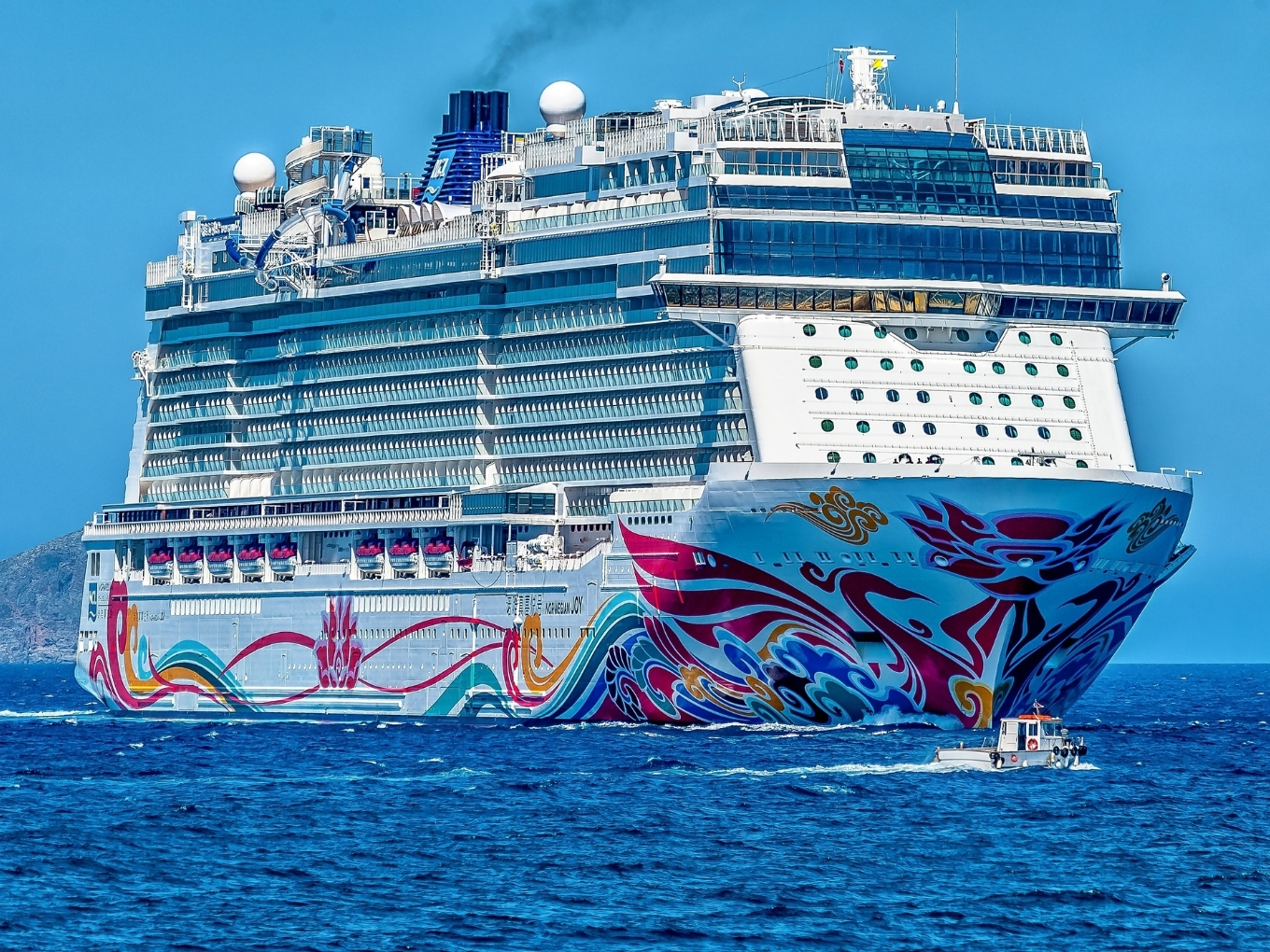 Norwegian's Pride of America, a cruise ship sailing to all major Hawaiian Islands, is one of the best ways to explore Hawaii!

Norwegian’s Pride of America, the only cruise ship sailing the Pacific Ocean taking passengers to all major Hawaiian Islands, including – Oahu, Maui, The Big Island of Hawaii, and Kauai!

Norwegian’s Pride of America is the only cruise ship in the US that sails the Pacific Ocean seven days a week, offering an opportunity to visit Hawaii’s four major islands without having to worry about inter-island transfers, hotels, and food. Norwegian’s Pride of America departs from Honolulu, Oahu, then sails to the islands of Maui, The Big Island of Hawaii, and Kauai, and then finally heads back to Honolulu in the island of Oahu. I highly recommend Norwegian’s Seven Day Hawaii Roundtrip Cruise to everyone visiting Hawaii, especially first-time visitors!

One of the most challenging tasks when planning a trip to Hawaii is to decide on which Hawaiian island to visit! Every island in Hawaii is unique and equally charming, but most people visit the four islands – Oahu, Maui, The Big Island of Hawaii, and Kauai. Though these islands are not very far, you would still need to take inter-island flights to each island and make your hotel arrangements in advance. This is where Norwegian’s Pride of America Seven Day Hawaii Roundtrip Cruise shines the most, as once you’re onboard the ship, you don’t need to worry about inter-island transfers, hotels, food, and onboard entertainment!

Norwegian’s Pride of America offers a fantastic well-paced itinerary, including overnight stays and, weather permitting, a tour of the Na Pali Coast!

Norwegian’s Pride of America Seven Day Cruise makes it possible to visit all four major islands of Hawaii with ample amount of time for sightseeing on each island. The cruise itinerary is very well planned and designed, as you mostly sail at night and wake up on a different island in the morning! In the morning, you just have your breakfast, hop onto a rental car shuttle, rent a car, and go exploring the island. Once done, come back onboard to delicious food and entertainment. This is by far my favorite and most comfortable way to explore the islands of Hawaii while enjoying all the fun of a cruise ship! 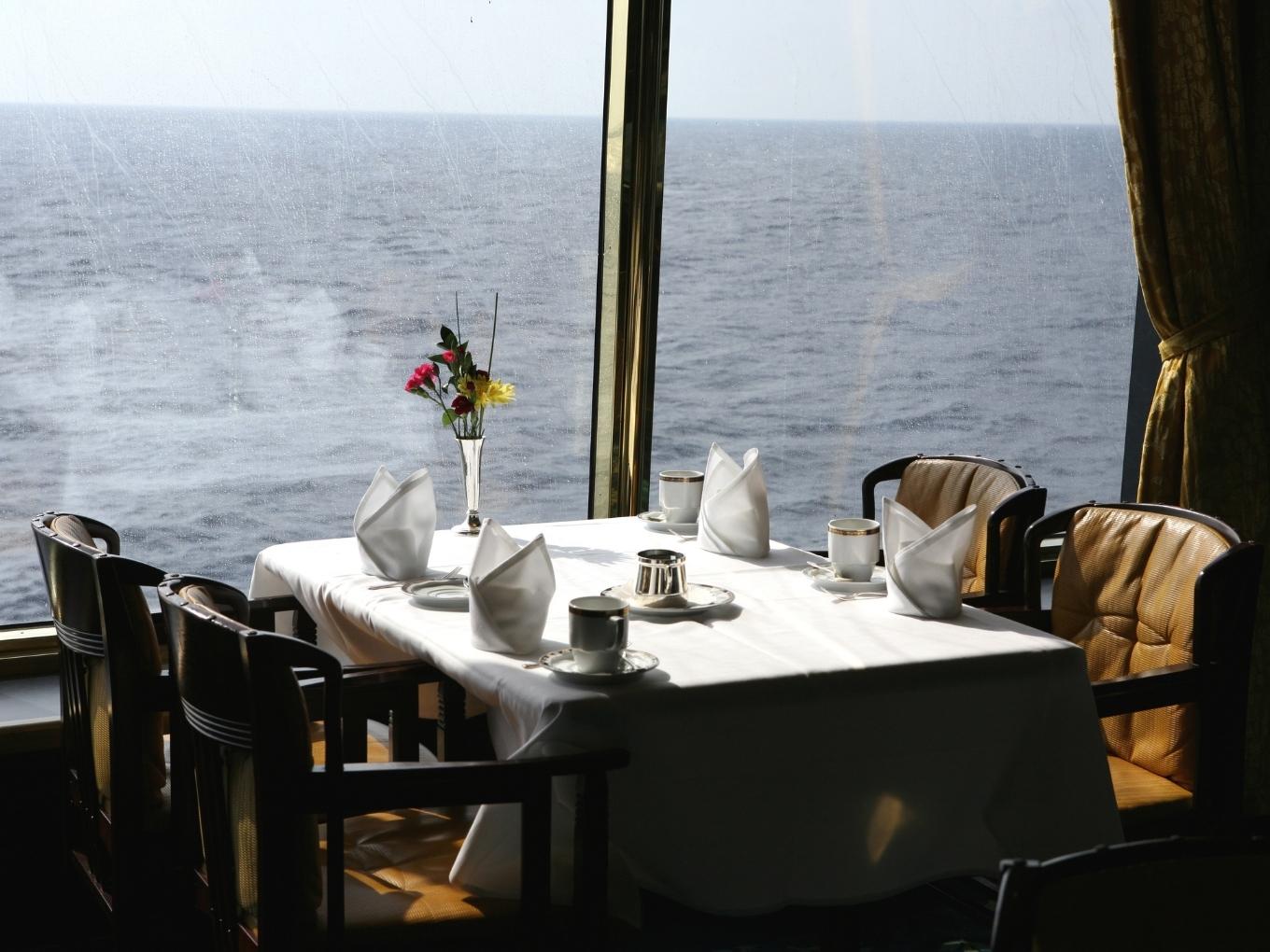 Well-paced itinerary with excellent onboard amenities, including freestyle dining, shopping, live performances, and help desks to plan your island excursions!

Norwegian’s Pride of America Itinerary: Norwegian’s Pride of America departs from Honolulu, Oahu, every Saturday, around 7 PM, then sails to Maui, giving you two days to explore the island of Maui – Sunday & Monday, Monday night it sails for Hilo, on the East side of the Big Island of Hawaii, after spending the entire Tuesday at Hilo, at night the cruise ship sails to Kona, the west side of the Big Island of Hawaii giving you the whole Wednesday in Kona. Wednesday night, it departs for Kauai and stays in Kauai and gives you two days at Kauai – Thursday & Friday, and then finally leaves Kauai on Friday night, reaching its final stop at Honolulu, Oahu on Saturday morning.

Norwegian’s Pride of America Staterooms: Norwegian’s Pride of America offers several stateroom options, including Studio, small, well-designed rooms with all amenities perfect for solo travelers, Inside Rooms – standard rooms for two with comfortable bedding and amenities, just that there’s no window for an ocean view, Ocean View – the rooms are pretty similar to Inside Rooms just that you have a window overlooking the ocean, Balcony – absolutely my favorite, you get a private balcony, and Suite – luxurious apartment-style rooms with all modern amenities and a balcony. With rooms being cleaned and bed made twice a day and with dedicated friendly attendants, service on Norwegian’s Pride of America is exemplary!

However, reservations are needed for the specialty restaurants, and there is a cover charge or a la carte pricing in the following restaurants:

Norwegian’s Pride of America Onboard Entertainment: With so much to see on every island of Hawaii, you might not get any time to spend on the ship, but if you decide to stay back on the ship, you will have several things to do onboard – a very spacious and well-equipped gym, swimming pool, jacuzzi, spa, tennis, basketball, sundeck, shopping, library, and several activities, including origami, daily poolside games, karaoke, and a lot more.

Norwegian’s Pride of America Shore Excursions: Everything on the cruise is very well coordinated! Every night you will find a brochure in your stateroom with an itinerary for the next day. The booklet contains details about the upcoming island stop, things to do, and various shore excursion options, which you can book directly via the cruise line. There’s also a staffed help desk near the main reception area, where you will find all the information and help you need to plan your sightseeing tours and activities on the upcoming Hawaiian island.

Norwegian’s Pride of America Wifi & Other Technologies: There is a cost, but you will still find wifi in the middle of the Pacific Ocean. Depending on your need, you can select the wifi internet packages ranging from basic browsing to high-speed video streaming. Norwegian Pride of America also uses state-of-the-art technologies to make life simple onboard, including restaurant reservations using your television and the handy NCL mobile app. 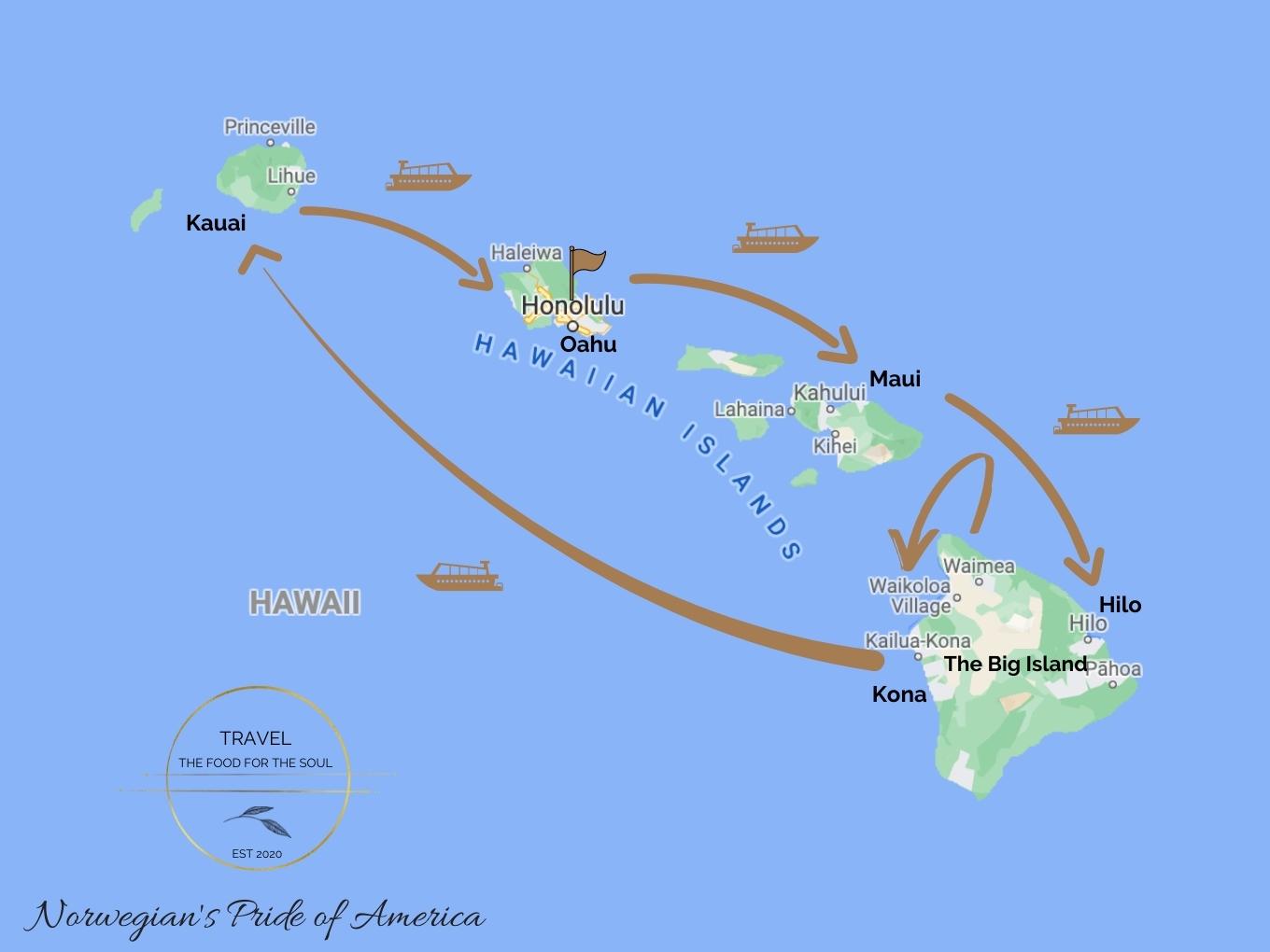 Norwegian’s Pride of America cruises the Pacific Ocean seven days a week, starting Saturday evening from Honolulu, Oahu, and then traveling to Maui, Big Island of Hawaii, Kauai, and finally making its way back to Oahu on Saturday morning. Per the itinerary, you get about two days on the island of Maui, Big Island of Hawaii, and Kauai, which is a very reasonable amount of time to explore the islands’ main attractions. Exploring Oahu, which unquestionably is a must-do, you can either arrive a couple of days early in Oahu before boarding the cruise or explore Oahu upon returning from your cruise.

Here’s the route and the Hawaiian islands covered on Norwegian’s Pride of America Cruise Seven Day Cruise, starting from Oahu and then sailing the Pacific in a clockwise direction! 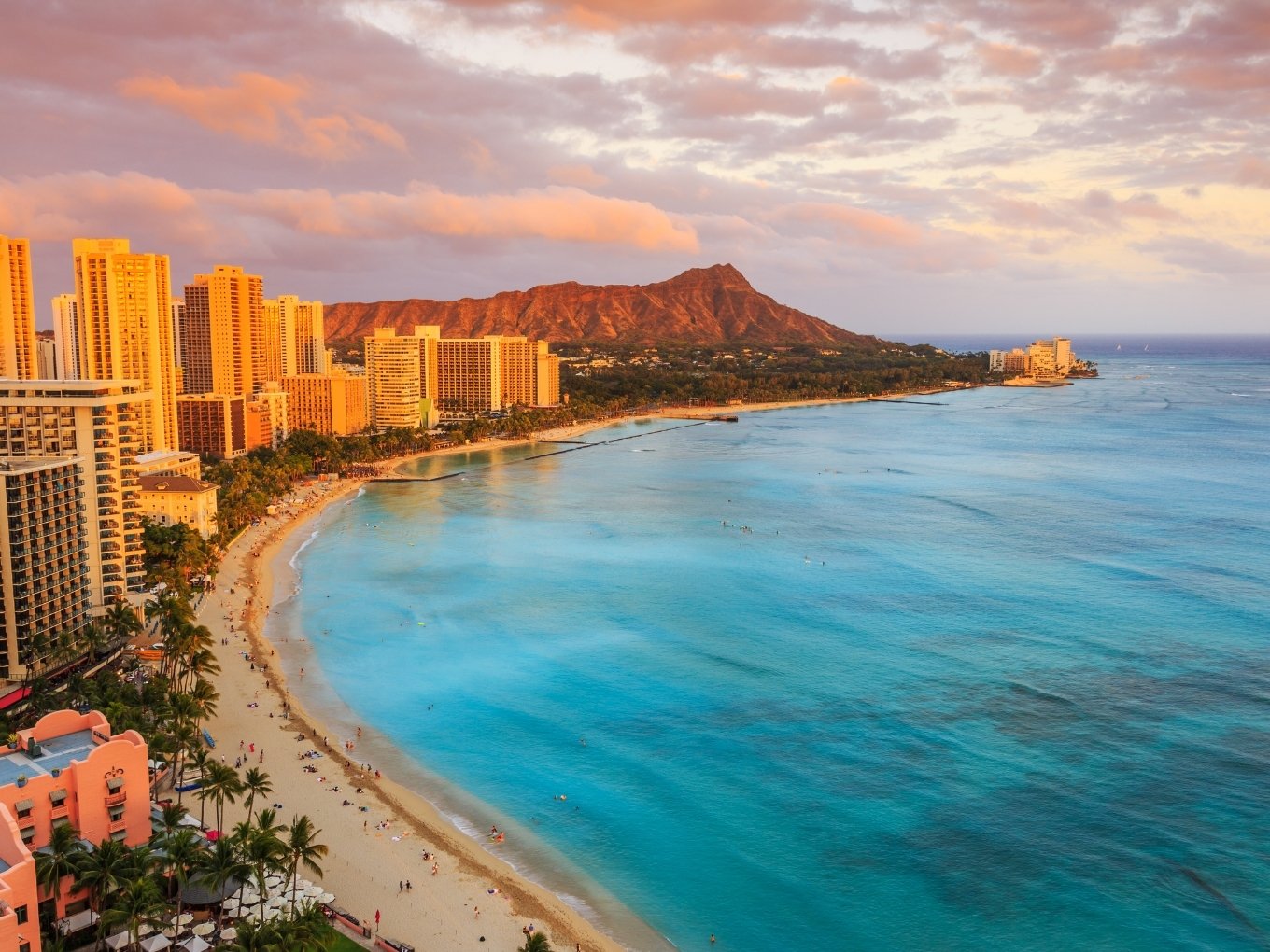 Maui, renowned the world over for its idyllic beaches, coastal vistas, & the Road to Hana, the most scenic coastal drive on the planet, is a true Eden on earth! You get two days in Maui, of which I recommend spending one day exploring West, Central, and Upcountry Maui; you can find more details in my Maui Travel Guide, and one day driving the iconic Road to Hana. 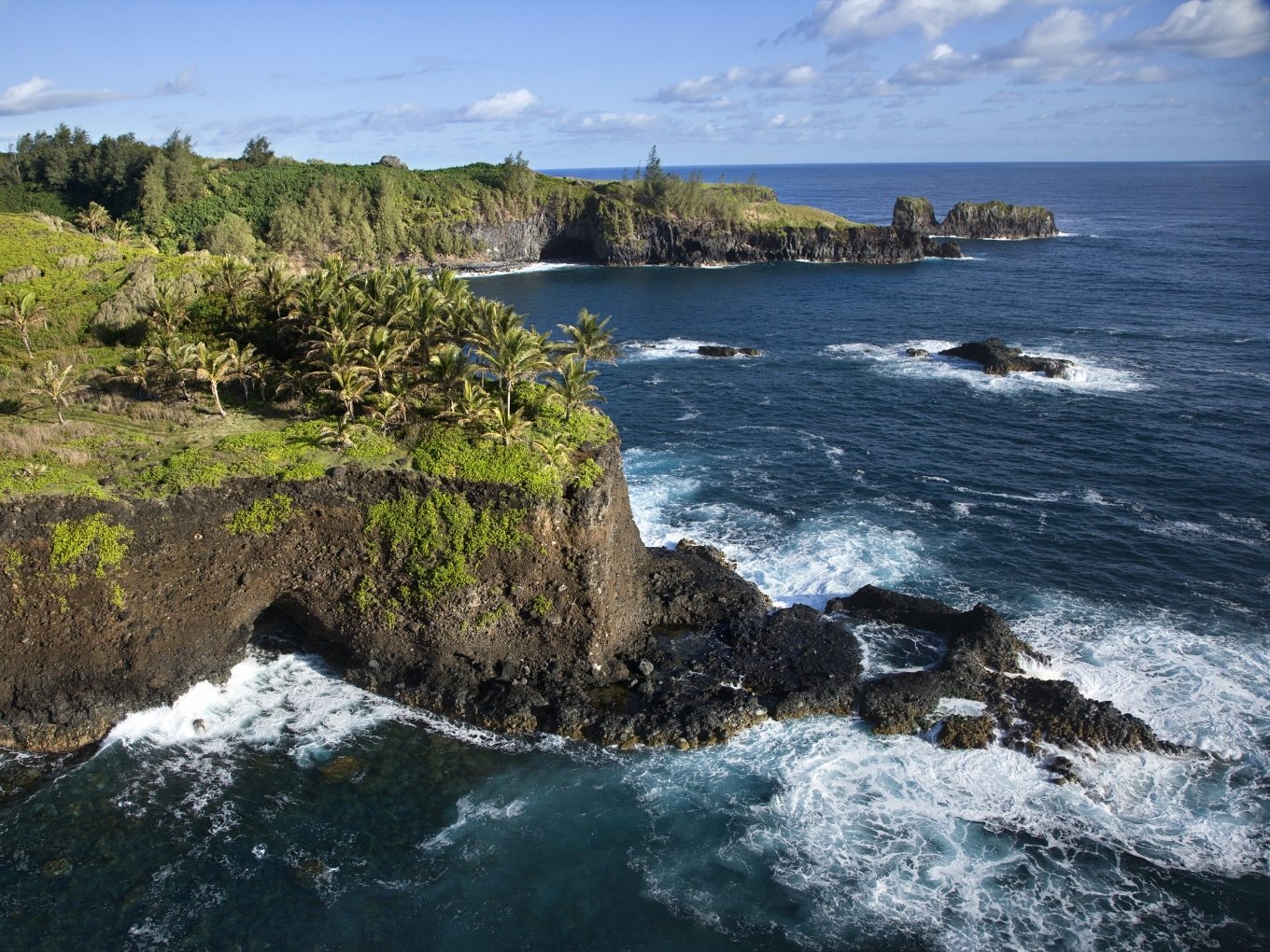 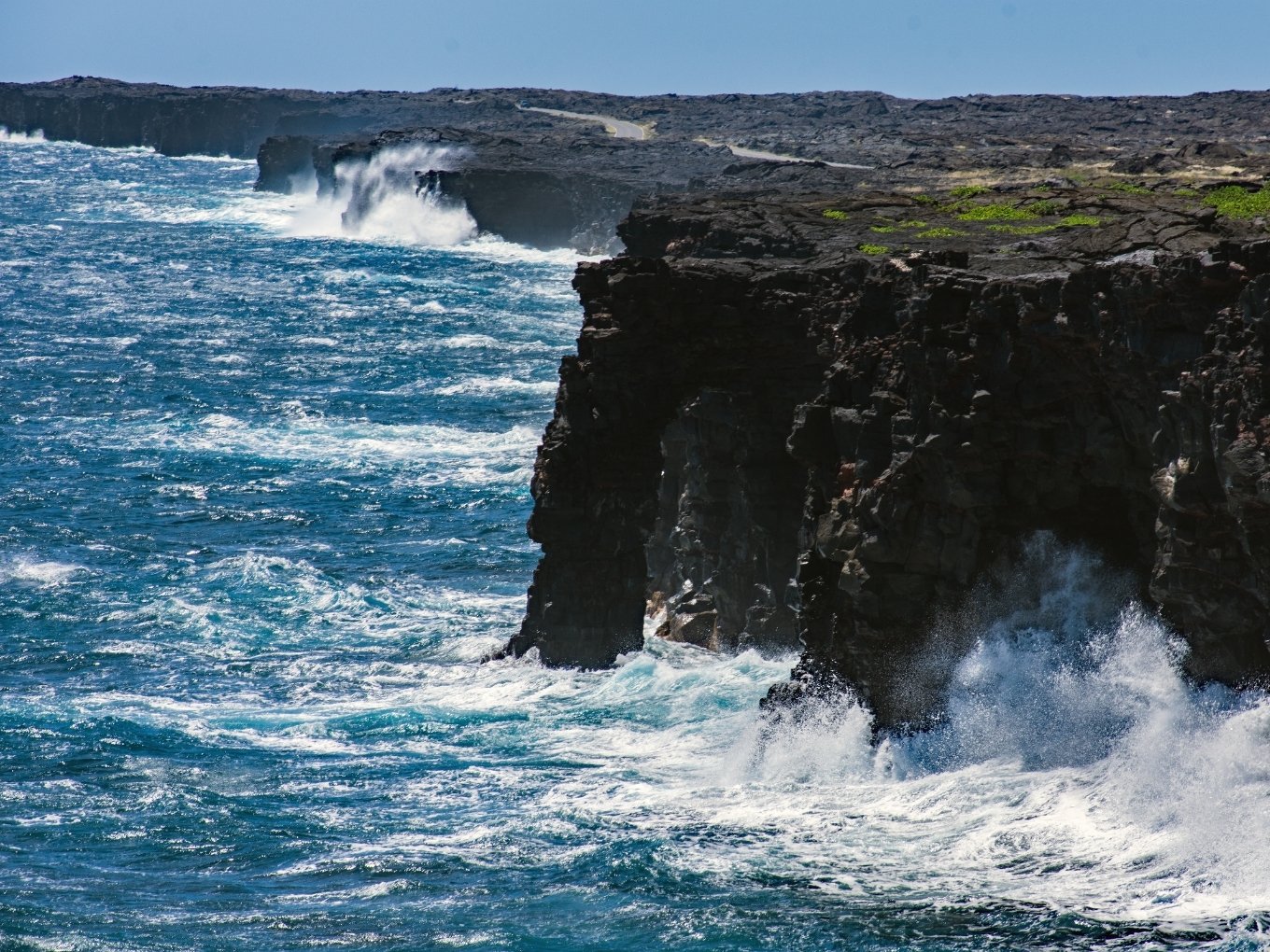 The Big Island of Hawaii, also called the “Island of Hawaii,” is the southernmost and the largest island in the Hawaiian archipelago. It’s home to a world of unfathomably beautiful nature popularly known for its Kilauea volcano, hardened & steaming lava fields, lava tubes, black sandy beaches, coastal views, rainforests, and much more – Island of Hawaii Travel Guide.

Kauai, the last stop on the cruise, is often referred to as the “Garden Isle” and is blessed with unmatched natural beauty that has intrigued several filmmakers and has been featured in several movies, including the all-time favorite – “Jurassic Park!” Kauai, popularly known for its Na Pali Coast, has a lot more to offer, including gorgeous beaches, rainforests, rivers, waterfalls – Kauai Travel Guide. 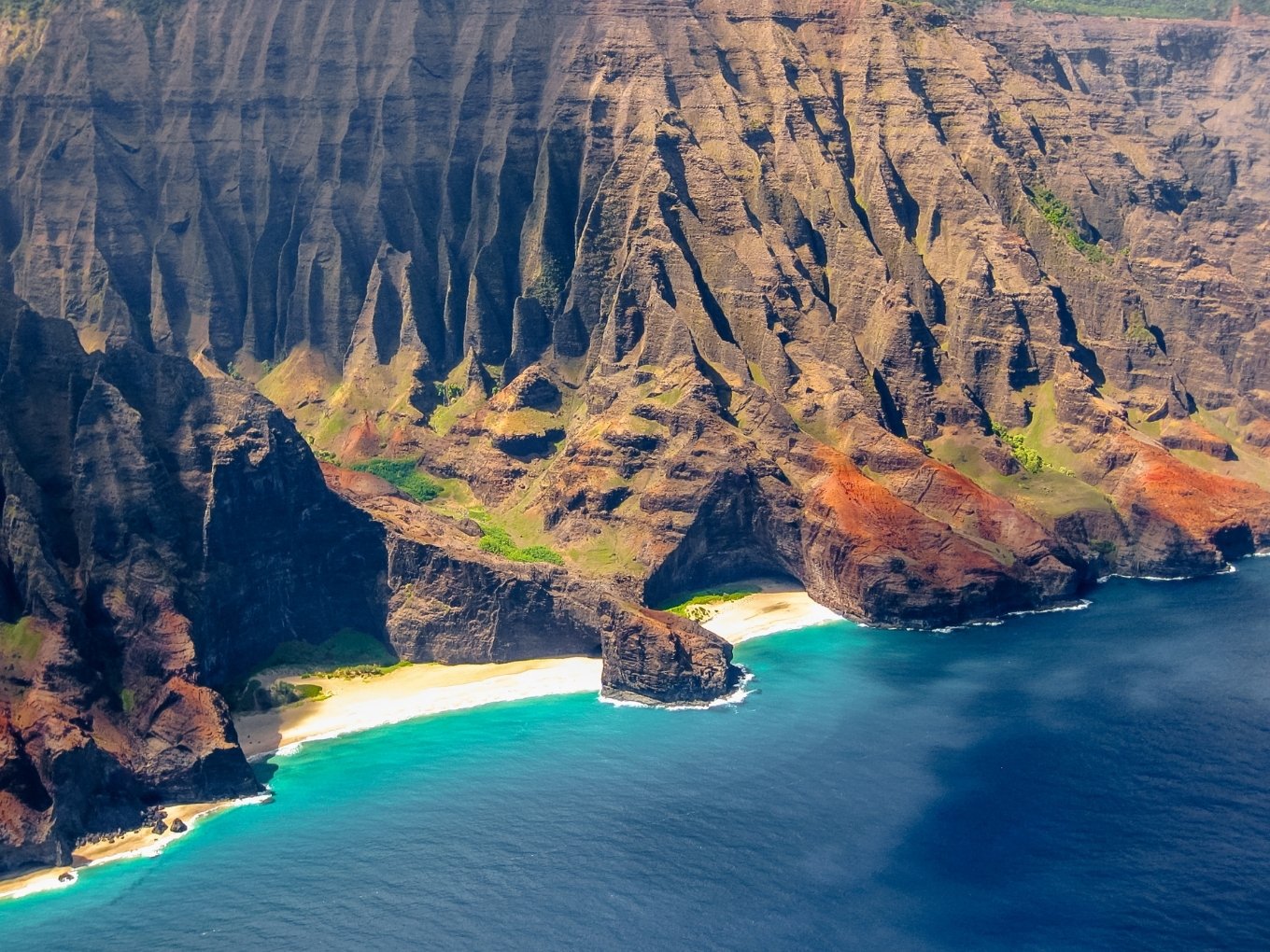 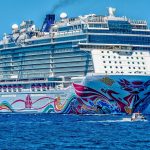