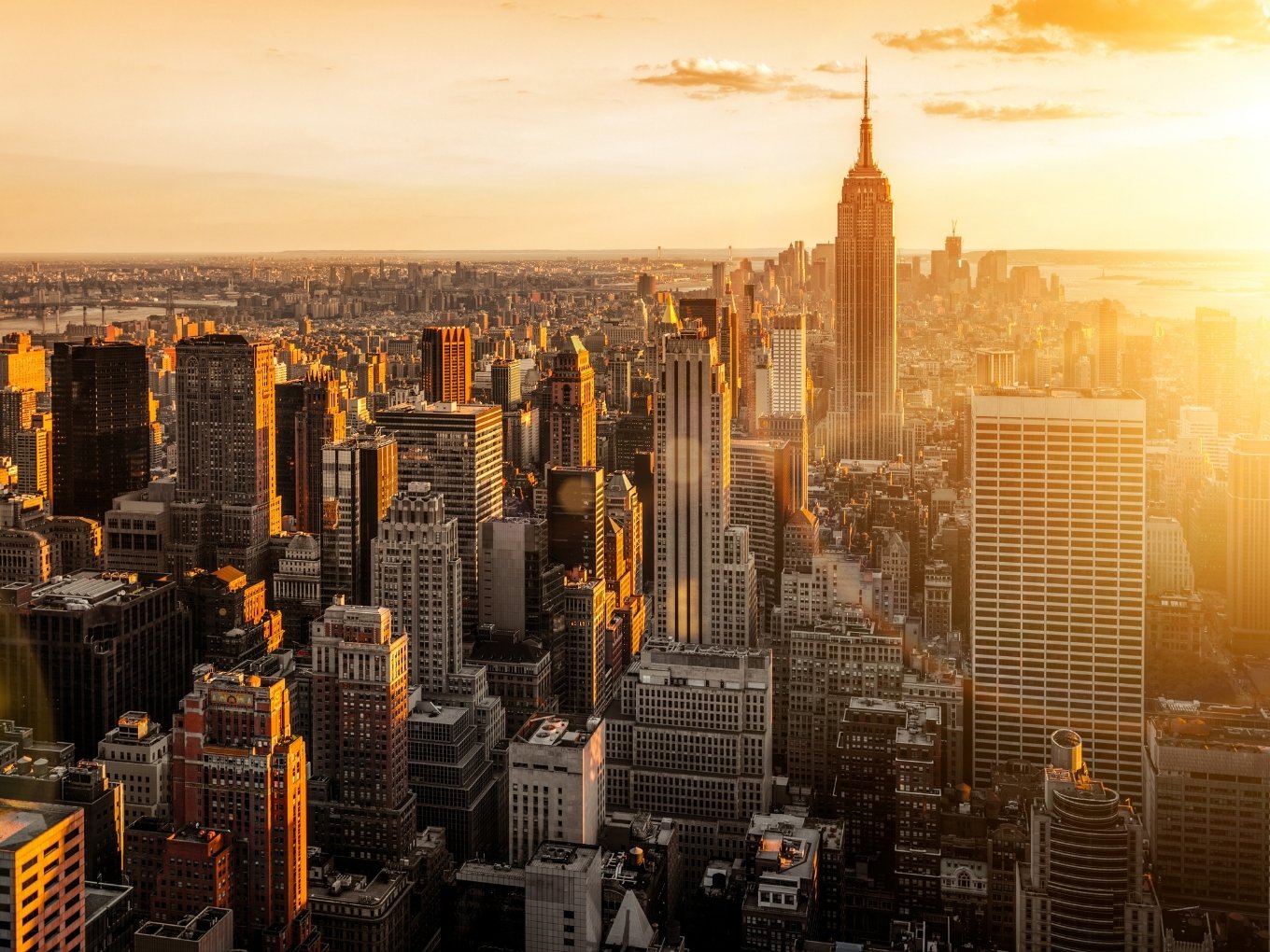 New York City, a plethora of skyscrapers & fusion of many cultures!

Renowned the world over for its several skyscrapers, flashing neon-lit streets, and pumping nightlife, New York needs no introduction! Often referred to as “The Big Apple” and “The City That Never Sleeps,” New York lives up to both its nicknames! With thousands of towering skyscrapers lining the city’s skyline, modern architecture, and the bustling and brightly lit Times Square, New York features captivating cityscapes that are hard to match!

However, it’s not just the towering buildings and nightlife, but also the well-planned city parks, historic neighborhoods, world-class museums, and inexhaustible shopping & dining options that make New York City one of the most sought-after destinations in the US! The looming Empire State Building, Charging Bull of Wall Street, One World Trade Center, and Statue of Liberty National Monument are more than just iconic landmarks of New York. They tell the tale of the city’s past, achievements, and courage to rebuild itself after some of the devastating events that took place in the city.

Once home to Native Americans followed by Dutch settlers and British, the city of New York was under British rule until the American Revolution and has witnessed several battles of the Revolutionary War. Upon opening of the Erie Canal, which led to the growth of trade and agriculture, brought several immigrants to the city, and New York soon emerged as the economic center of the US and became the Nation’s first capital. The city of New York has faced several grim events, including riots, devastating fires, and the 9/11 terrorist attack, but the city continues to grow and emerge!

Located in the southeast part of the New York State, the city of New York is situated on a harbor along the Atlantic Coast. The state and the city share the same name, so it might get confusing at time, but the city of New York is the most populous town in the state of New York and the US, comprising of several neighborhoods in its five districts / boroughs – Manhattan, Brooklyn, Bronx, Queens, and Staten Island. The city of New York is not that huge in size, but given the several attractions in the city, it’s a good idea to use local sightseeing tour companies, especially when visiting the city for the first time! 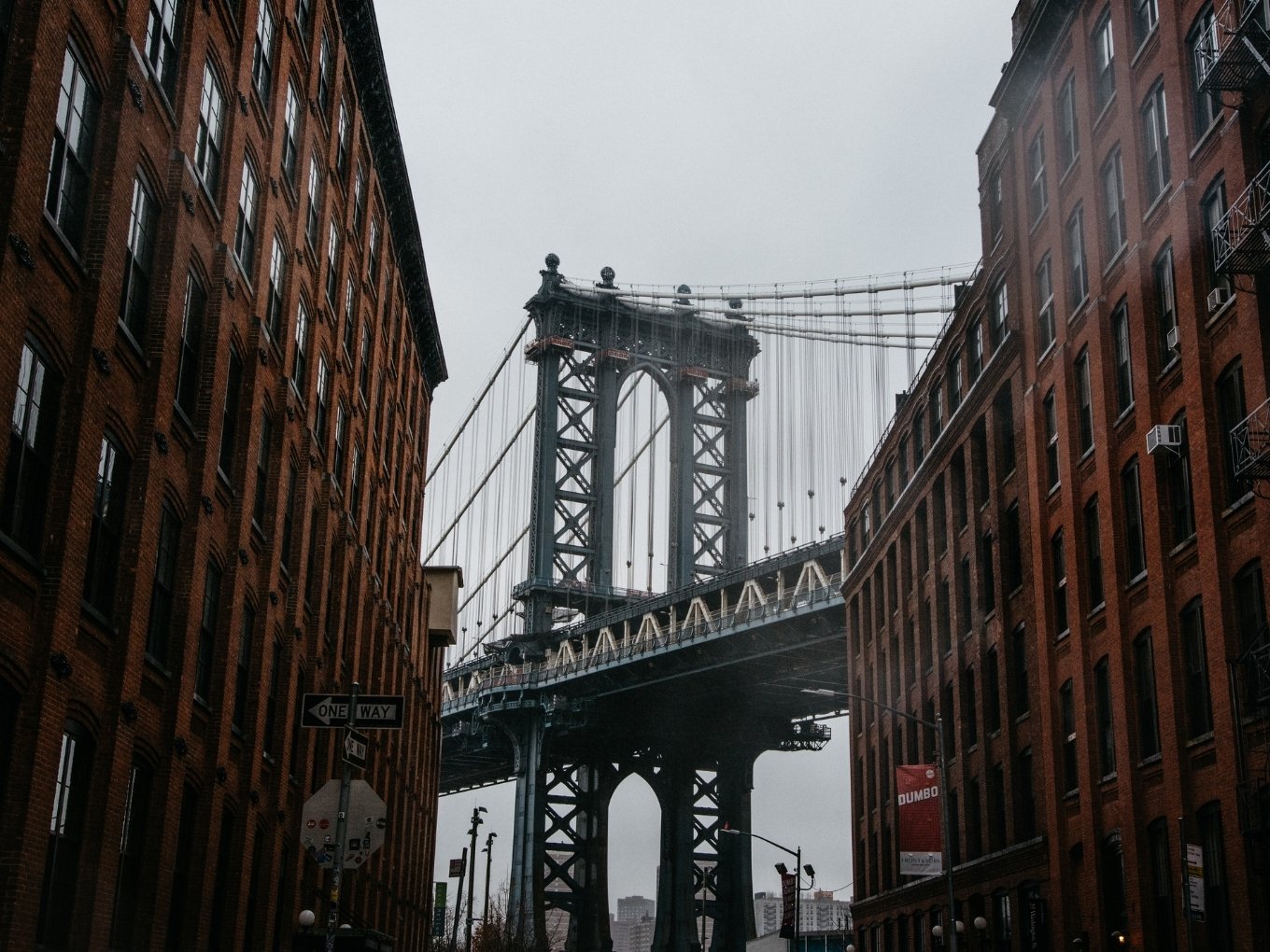 Directly flying into New York City, staying in Downtown New York, and using bus and boat tours is the best way to explore the city!

Time Required At New York City: With so much to see and do in New York City, I recommend spending a minimum of three days to see the city’s major highlights. However, if you have more time, you could spend an entire week exploring every museum, multiple neighborhoods, take various tours, enjoy some of the great shows, and of course, indulge in some of the best cuisines and restaurants in New York City.

Tours & Multi-Attraction Passes In New York City: I highly recommend using a hop-on-hop-off tour service in New York City so that you spend less time driving and finding parking and instead have more time at the attractions. The best way to explore New York City is by using the Big Bus Tours and purchasing a multi-attraction discounted pass from CityPASS or Go City. A trip to New York City is incomplete without experiencing the city’s skyline on board the Circle Line Harbor Cruise, a narrated harbor cruise highlighting several landmarks of the city.

Things To Do In New York City 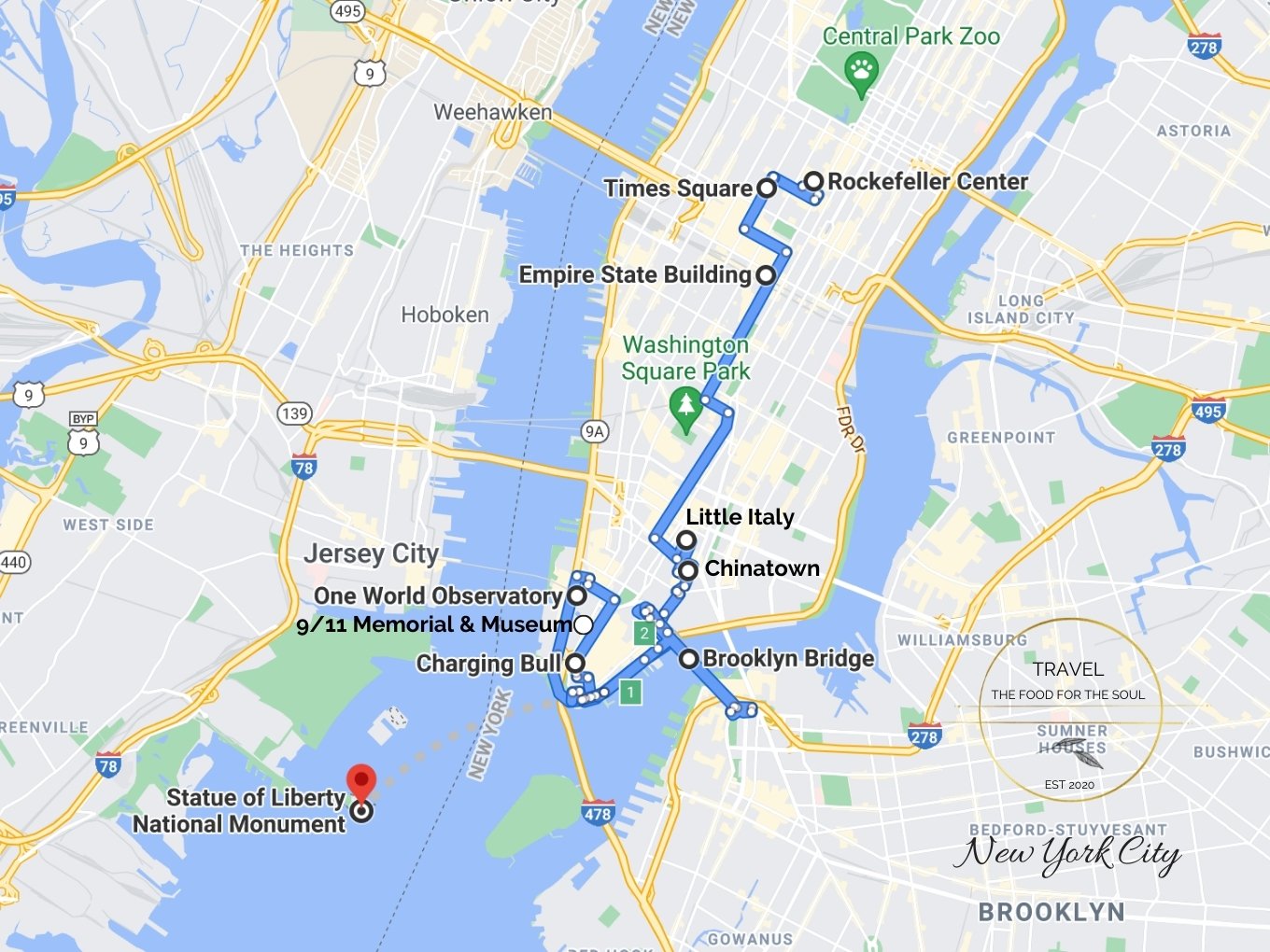 The best way to explore New York City is by using a hop-on-hop-off bus tour to get to the landmarks and museums in the city and marveling at the grandeur of skyscraping structures on-board a harbor tour!

Given the several sightseeing options, including numerous landmarks, museums, parks, and shopping districts, spread all over the city, driving and finding parking can be very time-consuming and a big challenge, especially if you’re traveling during the peak summer and early winter months. So, I highly recommend using one of the tour companies that offer hop-on-hop-off bus tours and boat tours to get the most out of your trip to New York City.

Hop-on-hop-off Bus Tours: The hop-on-hop-off narrated bus tours in New York City are a great option to learn about the city’s history and culture and easily get around the city. There are a couple of tour companies that offer hop-on-hop-off bus tours in New York City – Big Bus Tours and City Sightseeing. These companies provide quite frequent busses, and I love that Big Bus also offers a phone app using which you could track the real-time location of the next shuttle.

Multi-Attraction Passes: Buying a discounted multi-attraction pass from CityPASS or Go City can really save you money and, most importantly time, that you would otherwise spend standing in queue to purchase tickets at each attraction. 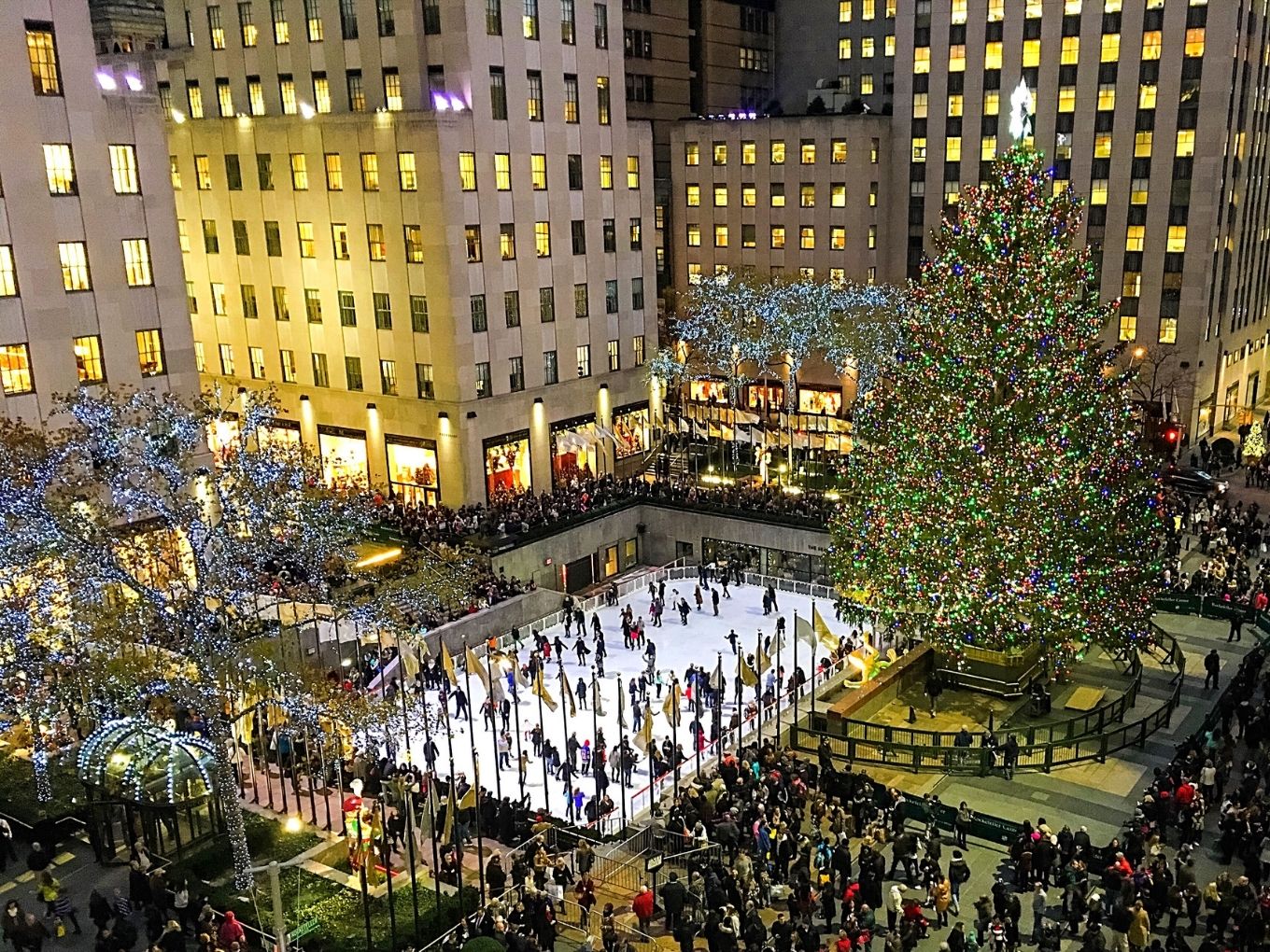 The Rockefeller Center in Midtown Manhattan is a large complex comprising several commercial buildings and several attractions, including Top of the Rock Observatory, The Rink, Channel Gardens, Radio City Music Hall, and the NBC Studios. Rockefeller Center is one of the most happening places in the town, especially during the holidays!

Times Square, an iconic landmark of New York City, is a bustling neighborhood in Midtown Manhattan, lined with bright flashing neon lights, colossal digital billboards, Broadway theaters, shops, restaurants, and street performers. It’s also home to NASDAQ, and of course, the headquarters for The New York Times, from which Times Square got its name. 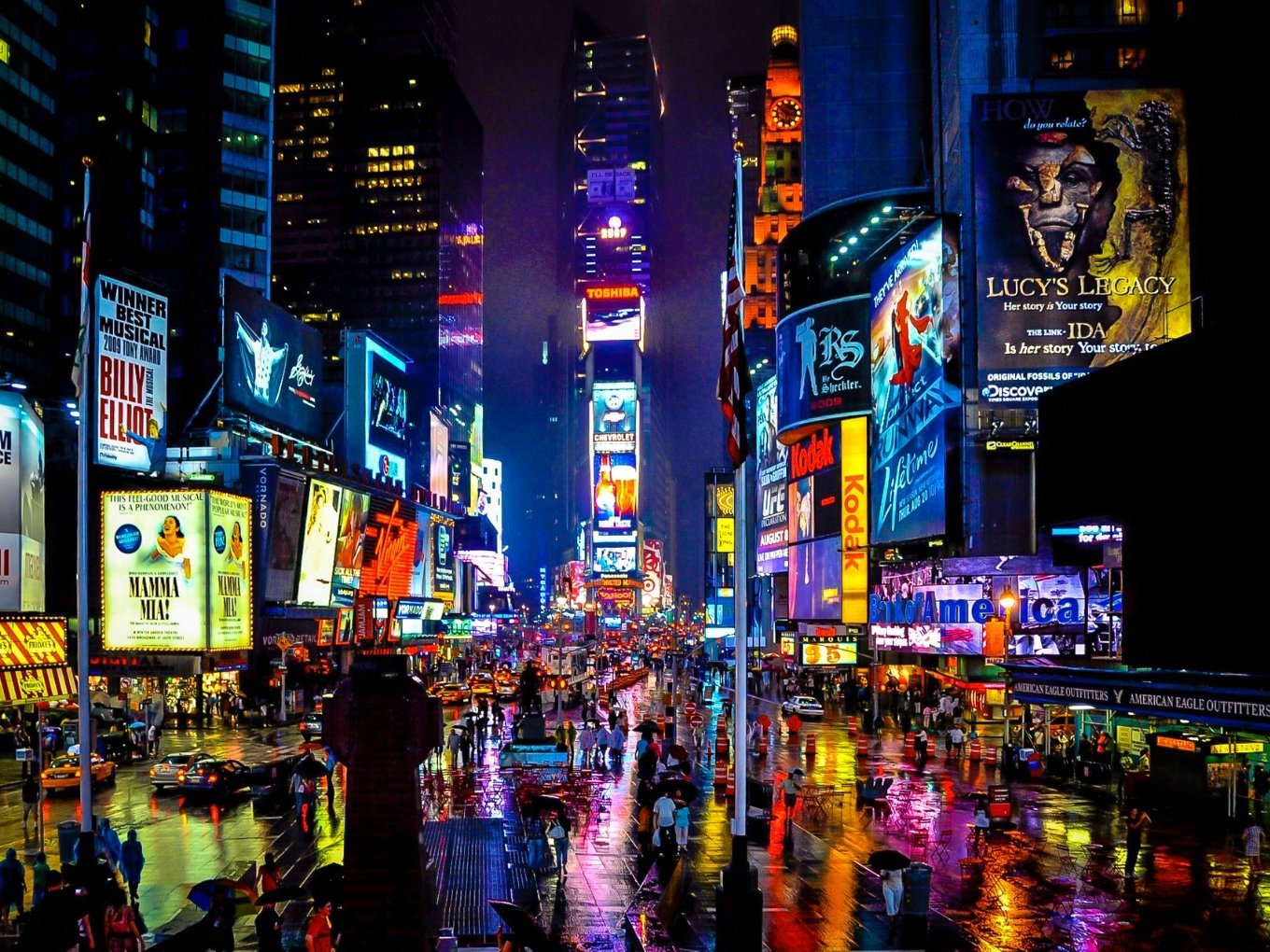 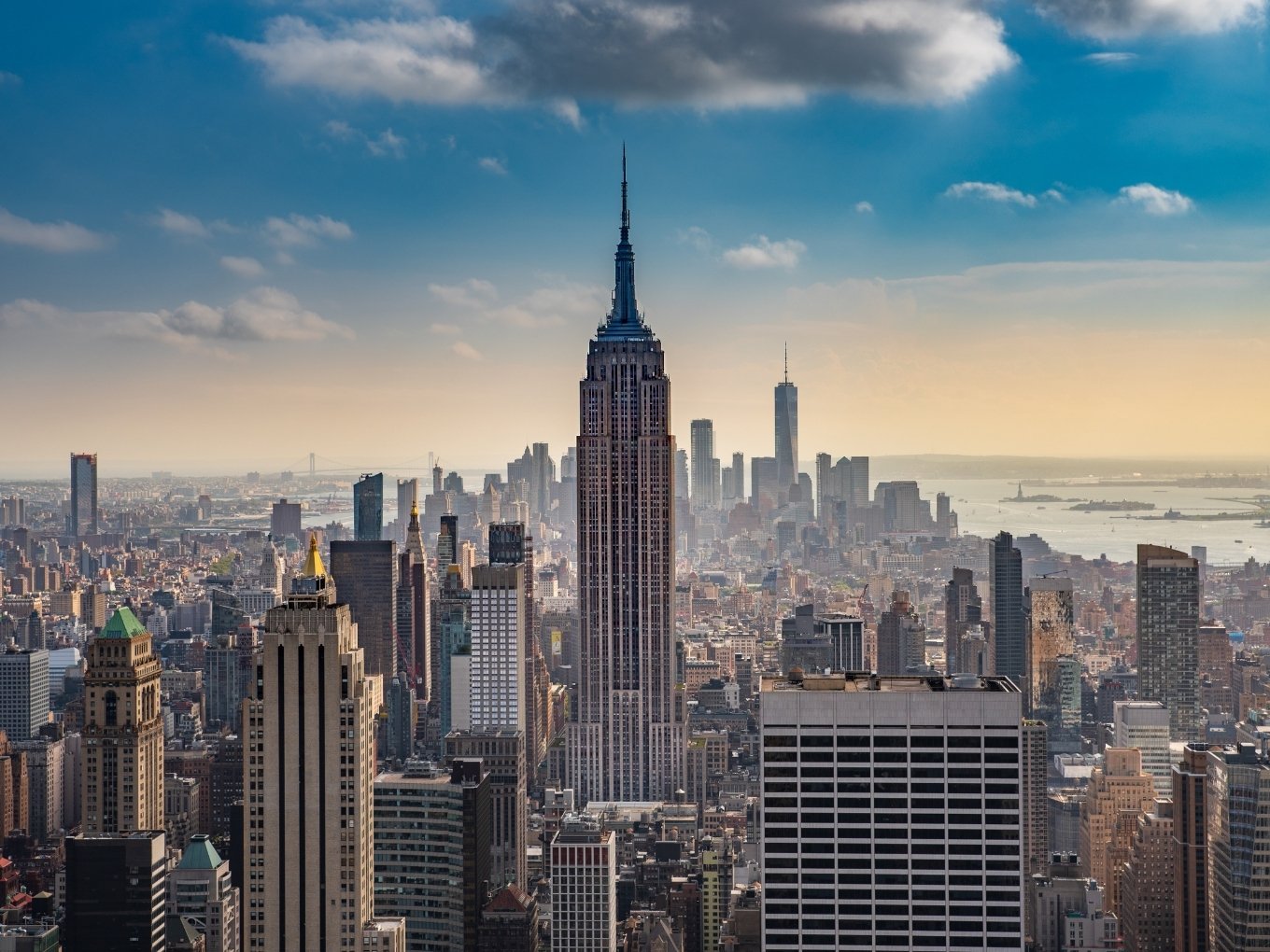 The Empire State Building, one of the skyscrapers in New York City, is a 102-story building located in the heart of Midtown Manhattan. Empire State Building features two observation decks, one on the 86th and the other on the 102nd floor, offering spectacular views of the city’s skyline, and a few restaurants and a gift shop.

Little Italy is a neighborhood in New York City that was once home to several Italian immigrants who came to New York City in the 1800s. The area still retains several original structures and Italian culture from that era and home to many traditional Italian eateries, bakeries, and souvenir shops. 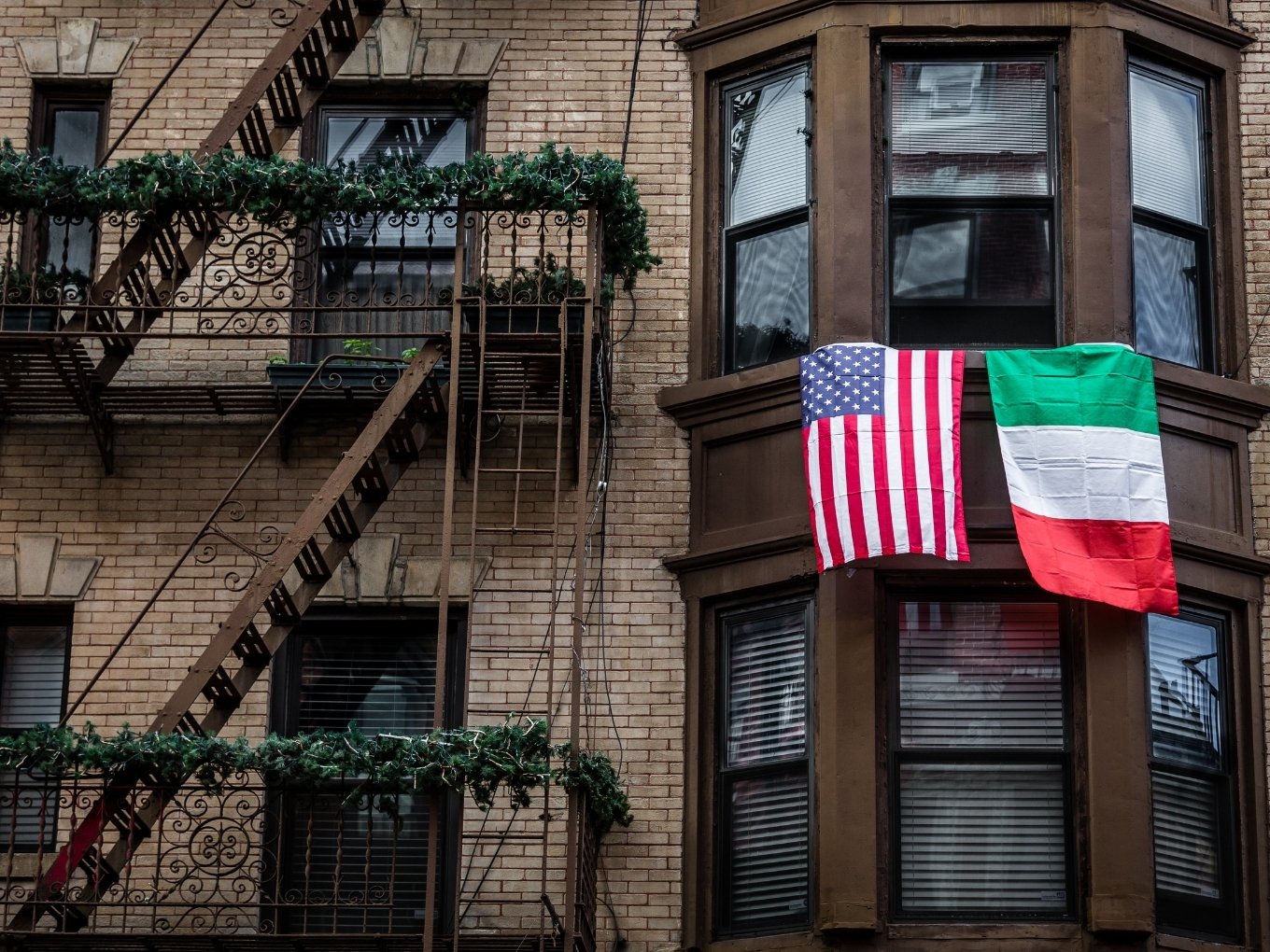 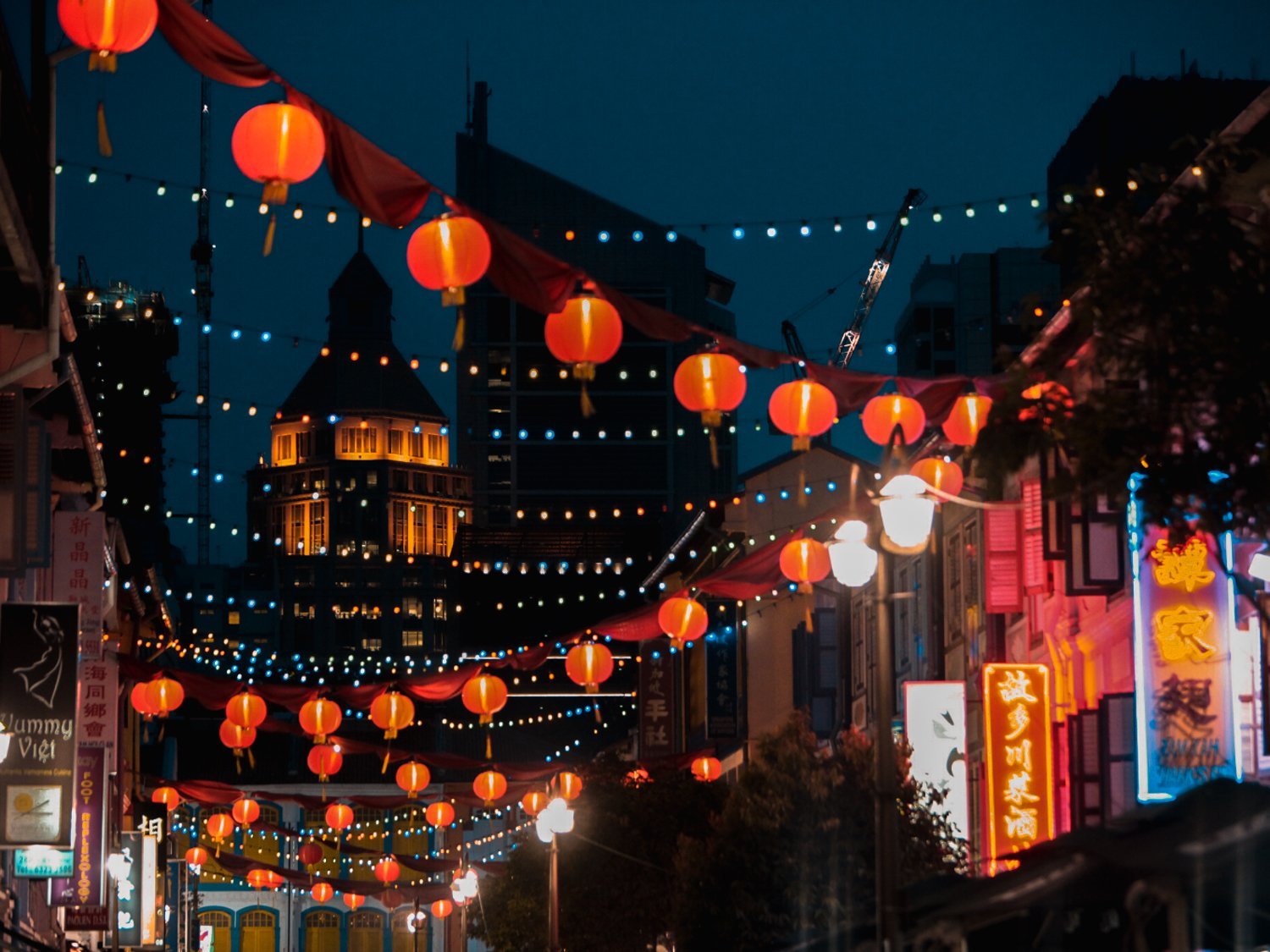 New York City’s Chinatown, home to several Asian immigrants, is a bustling neighborhood with narrow streets lined with several Chinese restaurants and shops. The Chinatown also features a statue of Lin Zexu, a renowned Chinese scholar, a pagoda-style roof, and a Buddhist temple.

Brooklyn Bridge, another iconic landmark of New York City, is a suspension bridge spanning the East River between Manhattan and Brooklyn. The Brooklyn Bridge is best explored on foot by walking along its elevated pedestrian walkway, which offers some of the best views of the city of New York. 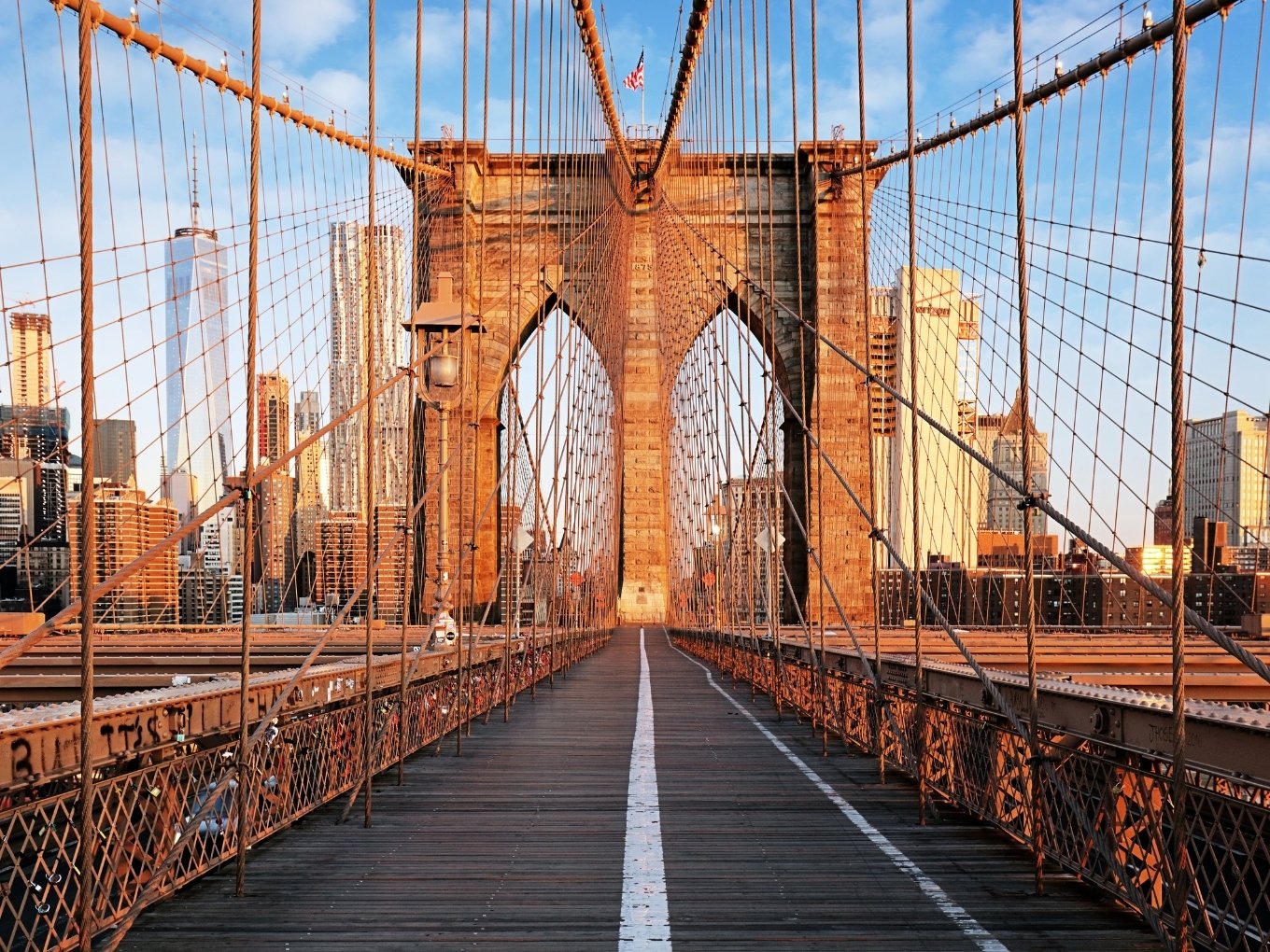 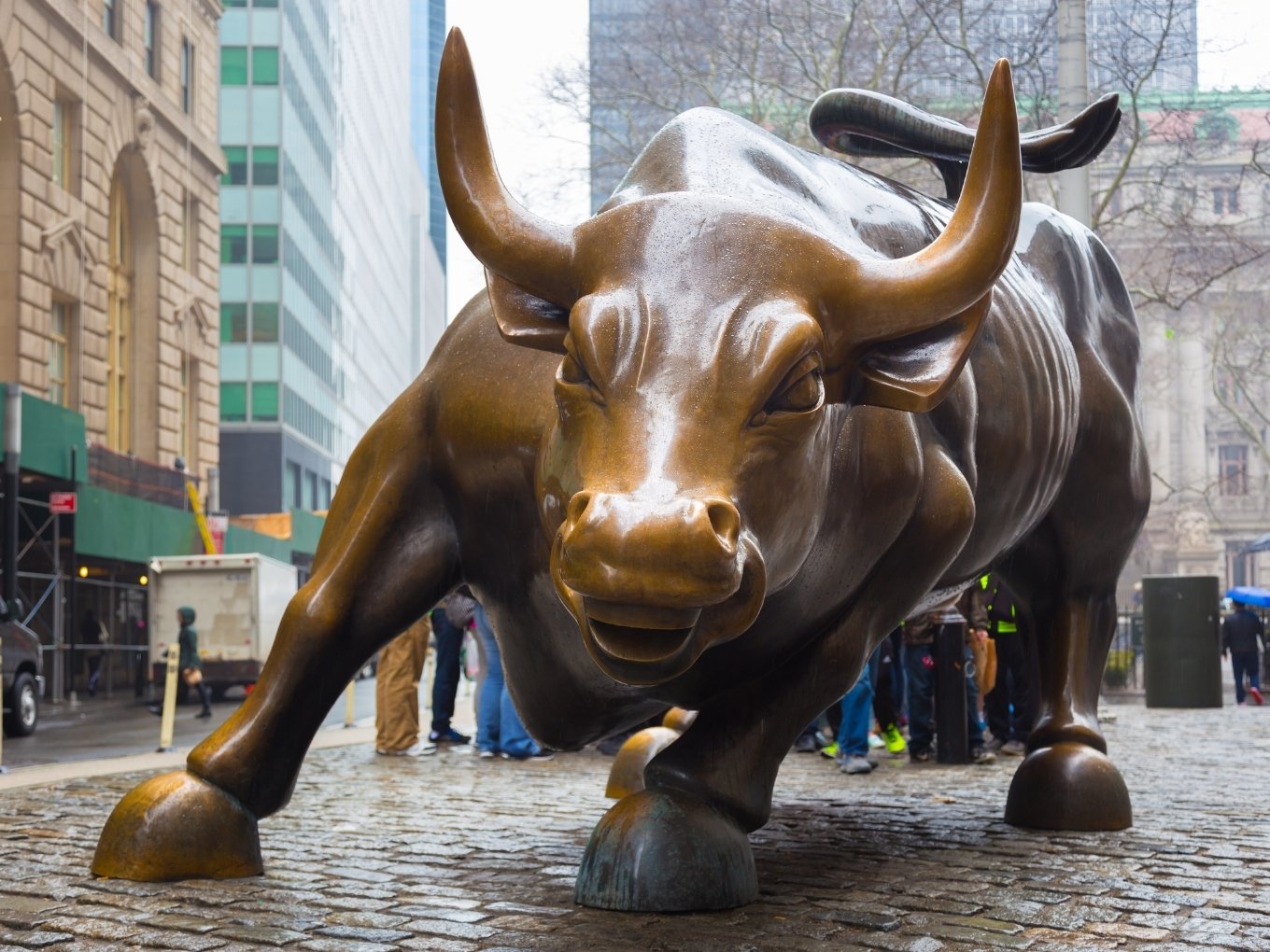 Charging Bull, also referred to as the “Wall Street Bull,” is a bronze sculpture created by a renowned Italian-American sculptor, Arturo Di Modica. Located in the Financial District of Manhattan, the Charging Bull symbolizing the American stock market is one of the most photographed and visited highlights of New York City.

Honoring the people who were killed during the September 11, 2001, and 1993 World Trade Center terrorist attacks, the National September 11 Memorial & Museum features two reflecting pools and several artifacts and multimedia displays telling the tale of the grim events, personal loss, and the courage to rebuild the city. 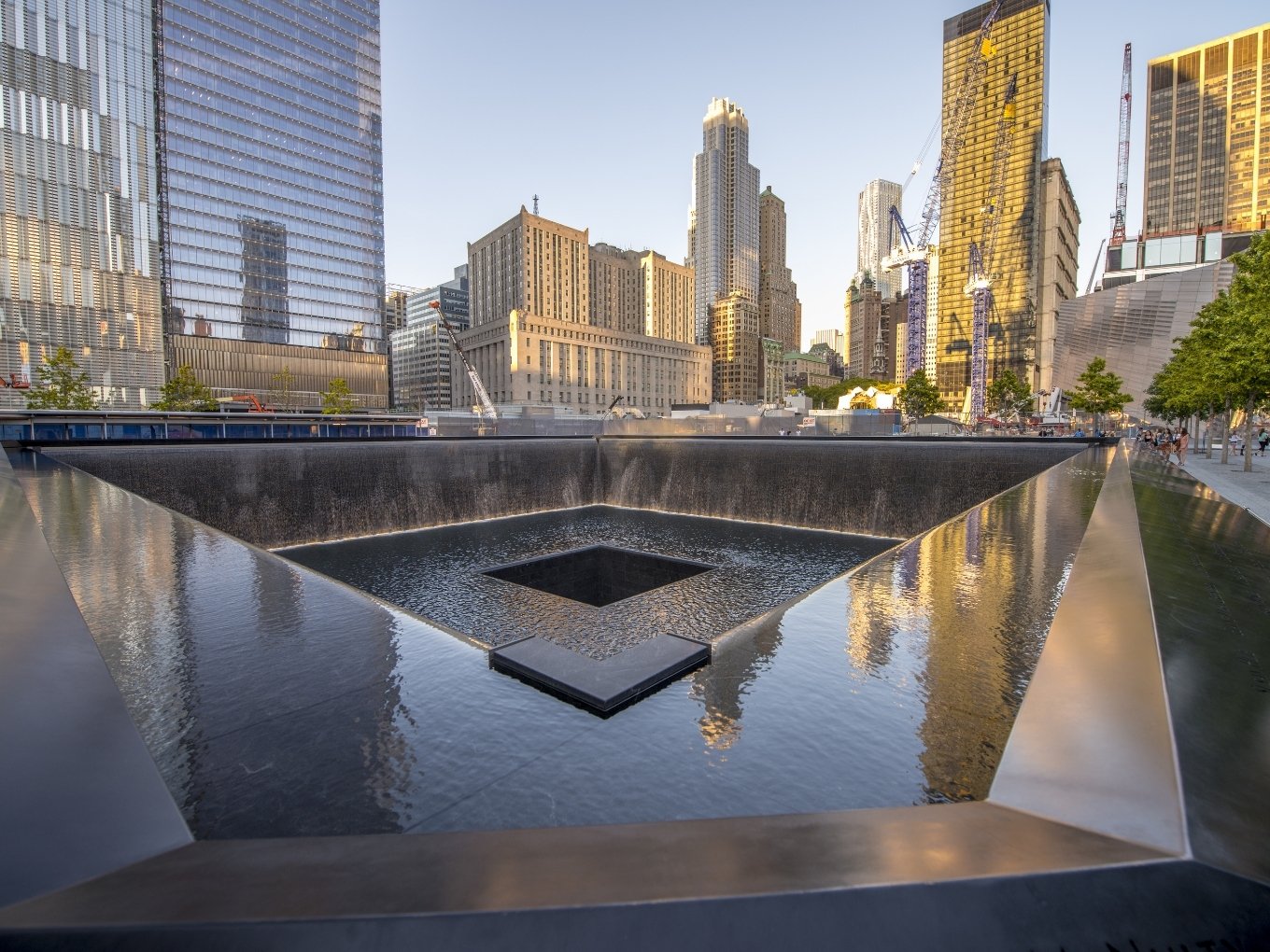 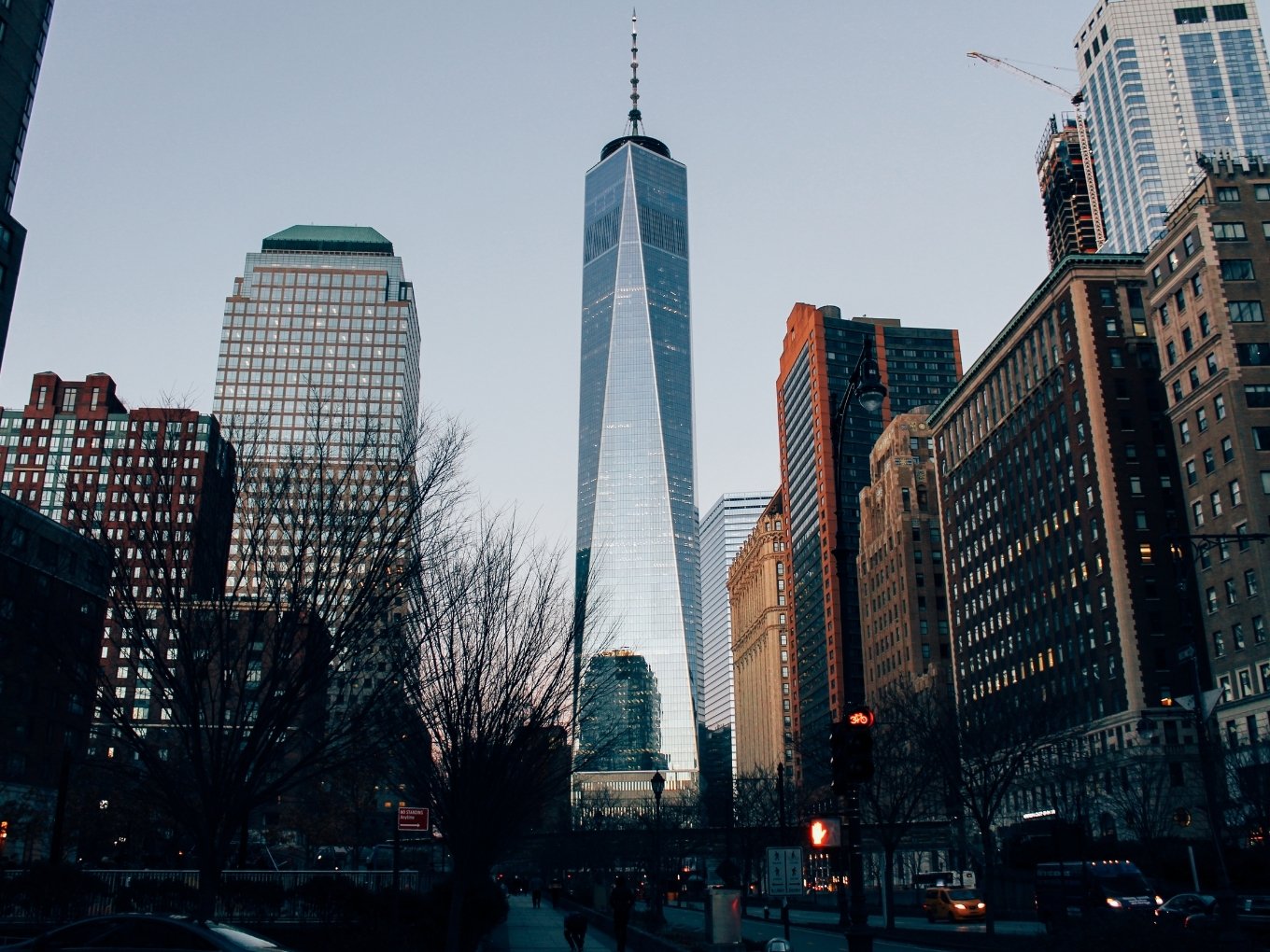 One World Observatory, an observation deck located on the 102nd floor of the One World Trade Center, the tallest building in the US and in the Western Hemisphere, features incredible views of New York City’s skyline, Brooklyn, Manhattan, and the Statue of Liberty National Monument. 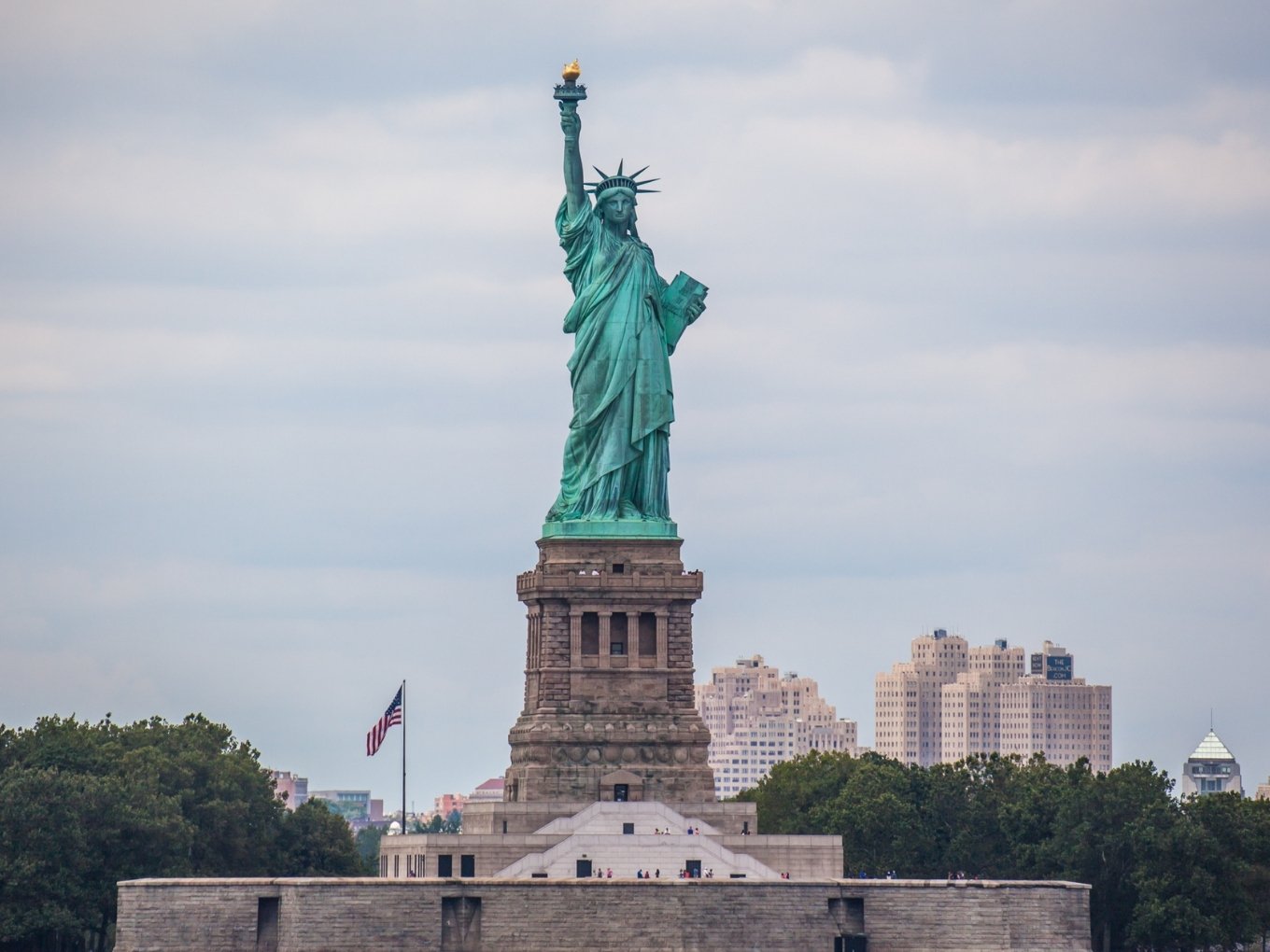 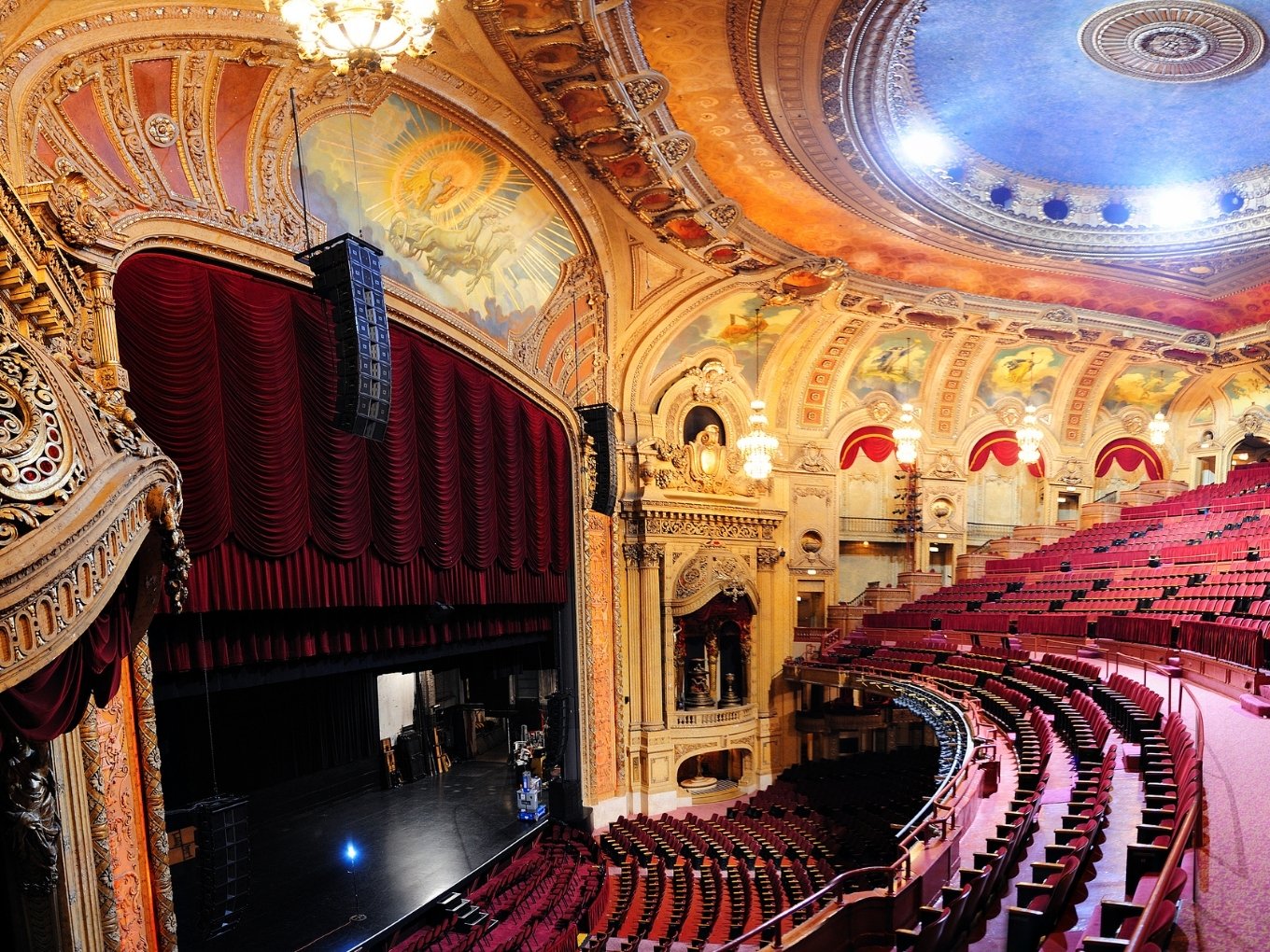 End a hectic day of sightseeing by watching a spellbinding Broadway show at one of many theaters in New York City!

New York City’s Theater District is home to numerous theaters featuring several entertaining shows, including concerts, live performances, stand-up comedies, musicals, and much more. Whether you want to see a Broadway show or a locally inspired play, you will find it in one of the theaters in the Theater District! Touring the city and marveling at the several landmarks in the daytime followed by dinner and a Broadway show is my idea of an ideal trip to New York City!

You can find the latest shows, timings and even buy your Broadway show tickets online on the Broadway website. While all Broadway shows are spectacular, here’re some of the most popular Broadway shows of all time – Aladdin, The Book of Mormon, Chicago, Hamilton, Harry Potter and the Cursed Child, The Lion King, The Phantom of the Opera, and Wicked.

I highly recommend staying in Downtown New York City / Downtown Manhattan for easy access to the attractions and an authentic New York experience!

Restaurants In New York City: The dining options in New York City can be overwhelming, ranging from fine dining to casual food trucks; you will find every cuisine in New York City! There’re so many eateries in every street of the town it’s impossible to try them all and pick one over the other. However, here’re a few dishes and joints you must try when in New York City – New York-style Pizza in NY Pizza Suprema or Joe’s Pizza, pastrami sandwiches at Katz’s Delicatessen, delicious Chicken, Gyros, and Falafel Platters at The Halal Guys, and New York-style cheesecake at Junior’s Restaurant & Bakery. 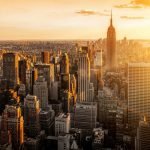 I hope you enjoyed reading the post, The Ultimate Guide To New York City, and I hope this will help you plan your trip to New York City. You can find other New York attractions in my New York Travel Guide.