The Ultimate Guide To New Orleans

The Ultimate Guide To New Orleans 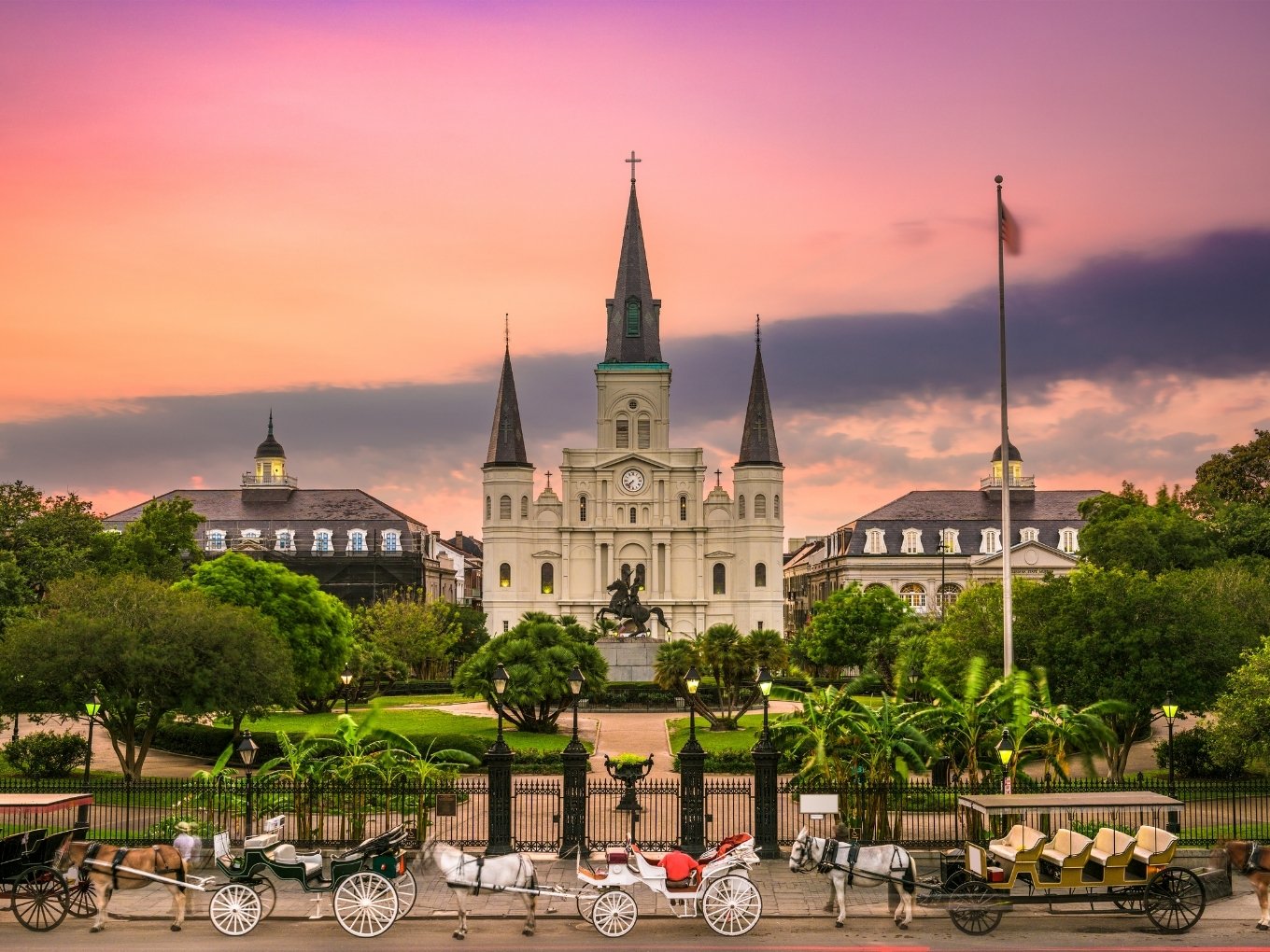 New Orleans, the most culturally diverse & enthralling city in the US!

Renowned the world over for its Mardi Gras celebrations, New Orleans is a fascinating city with rich history, vibrant cityscapes, palate indulging cuisines, lively music, and vivacious nightlife! However, the city of New Orleans shines the most when it comes to celebrations and festivities, as it’s a host to several other events besides Mardi Gras, including French Quarter Festival, Satchmo Summer Fest, Halloween parade, Creole Tomato Festival, Saint Patrick’s Day, Southern Decadence, and several others!

The city of New Orleans was originally founded by the French, then ruled by the Spanish, followed by a treaty that transferred the power over the city to France, and then finally, the town became a part of the US when France sold it to the US in 1803. The city’s port played a significant role in the economic development of New Orleans, luring several industries and settlers from all over the globe, making it a progressive and culturally diverse city. The city of New Orleans has witnessed many devastating environmental disasters, including the BP oil spill and Hurricane Katrina, but has still thrived and continues to be The Big Easy!

Often referred to as “The Big Easy” for its laidback lifestyle, Crescent City for the city’s half-moon shape, and the Birthplace of Jazz, New Orleans is the most populous city and the top tourist destination in the state of Louisiana. The busiest time in New Orleans is during the Mardi Gras celebrations, from Jan 6th leading up to Fat Tuesday, which is not the best time for sightseeing as most of the roads and attractions are closed for the celebrations. Mardi Gras in New Orleans is unquestionably a unique experience, but New Orleans offers a lot more!

Planning Your Trip To New Orleans 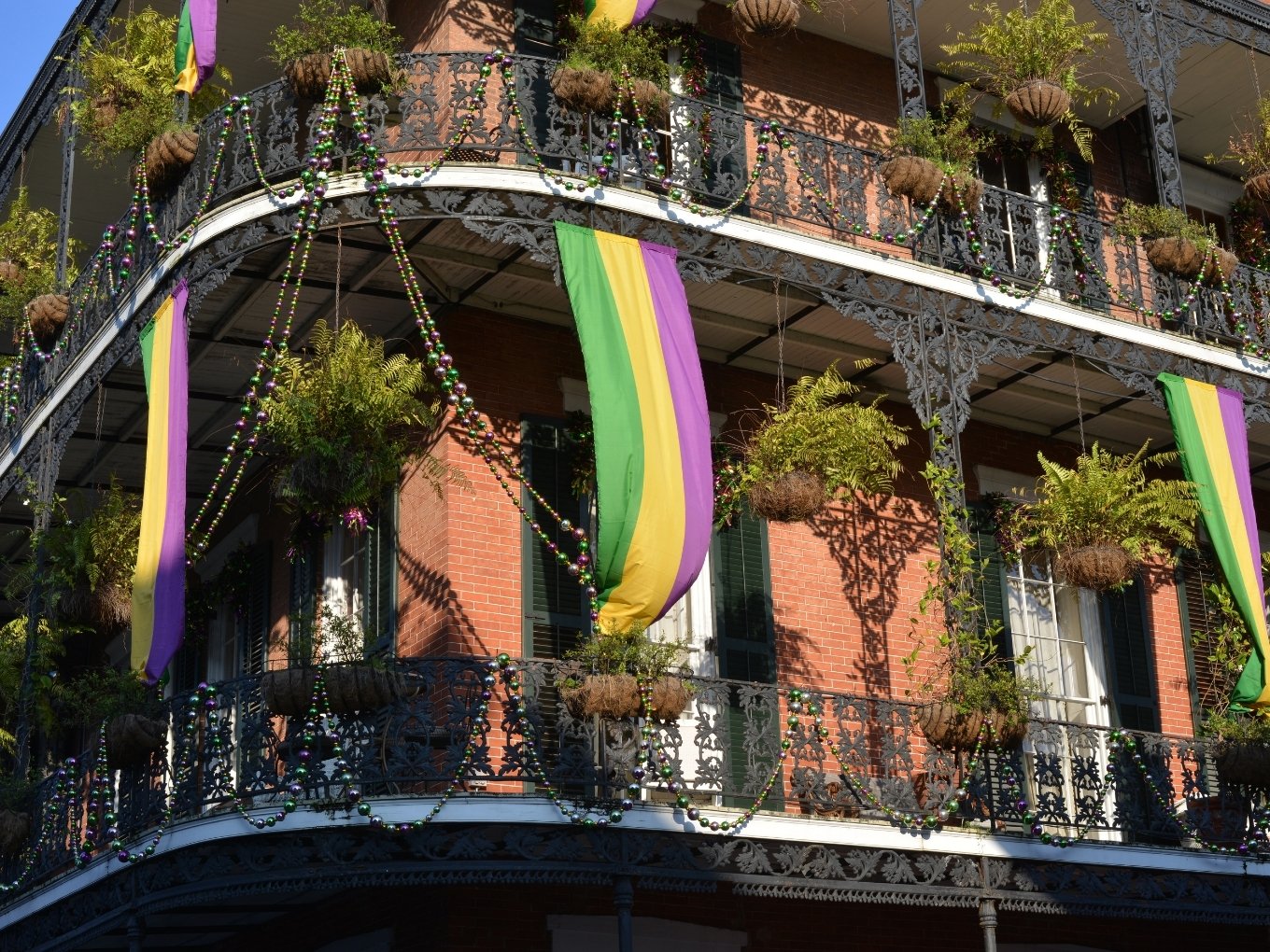 Plan and book a year in advance if going for Mardi Gras, but if sightseeing is the primary purpose, avoid summer months and the Mardi Gras season!

Best Time To Visit New Orleans: If you’re going to New Orleans for Mardi Gras celebrations or the Jazz Festival, you have to go during spring, Jan through May, which is the peak season. However, make sure you plan ahead and make your hotel reservations at least a year in advance, as during Mardi Gras, all hotels in New Orleans are often sold out.

If you’re going to New Orleans for sightseeing and exploring the city, you can travel anytime as it’s a year-round destination. However, summers are sweltering and humid in New Orleans, so I recommend visiting outside the summer months and avoiding the peak season, making September through December the best time for sightseeing in New Orleans.

Time Required At New Orleans: While it’s possible to see the city’s major highlights in just one day using a hop-on-hop-off but tours, I recommend spending a minimum of two days in New Orleans. Two days would give you enough time to leisurely explore the city and visit a couple of other nearby attractions in Louisiana.

Getting To New Orleans: The best and most comfortable way to get to New Orleans is by taking a direct flight to Louis Armstrong New Orleans International Airport, located very close to downtown New Orleans. Alternatively, you could also take an Amtrak train or a Greyhound bus to New Orleans.

Parking & Transportation In New Orleans: Most hotels and attractions in New Orleans offer onsite parking, and paid parking is available at public and private parking lots throughout the downtown area. The downtown attractions are better visited by parking at a parking lot and then using a hop-on-hop-off bus tour or public transportation offered by NORTA, including busses and streetcars to get to the points of interest, as finding parking near attractions can be challenging.

Other Attractions Near New Orleans: Though most of the significant attractions are located in the heart of the city, there’re a few other places on the outskirts of the city that are worth visiting on a trip to New Orleans – Lake Pontchartrain Causeway in Metairie, Louisiana and Steamboat NATCHEZ, a cruise along the Mississippi River featuring onboard music and dining.

Lodging & Dining In New Orleans: New Orleans has several excellent lodging options ranging from luxury hotels to bread and breakfasts located close to downtown offering easy access to the area’s attractions. If visiting during Mardi Gras, a downtown hotel with a balcony or road view is best for enjoying the parades. The dining options in New Orleans are also plentiful, with several cuisines and restaurants ranging from fine dining to casual dining. I have reviewed the lodging and dining options in New Orleans in detail in the later section of this post.

Things To Do In New Orleans 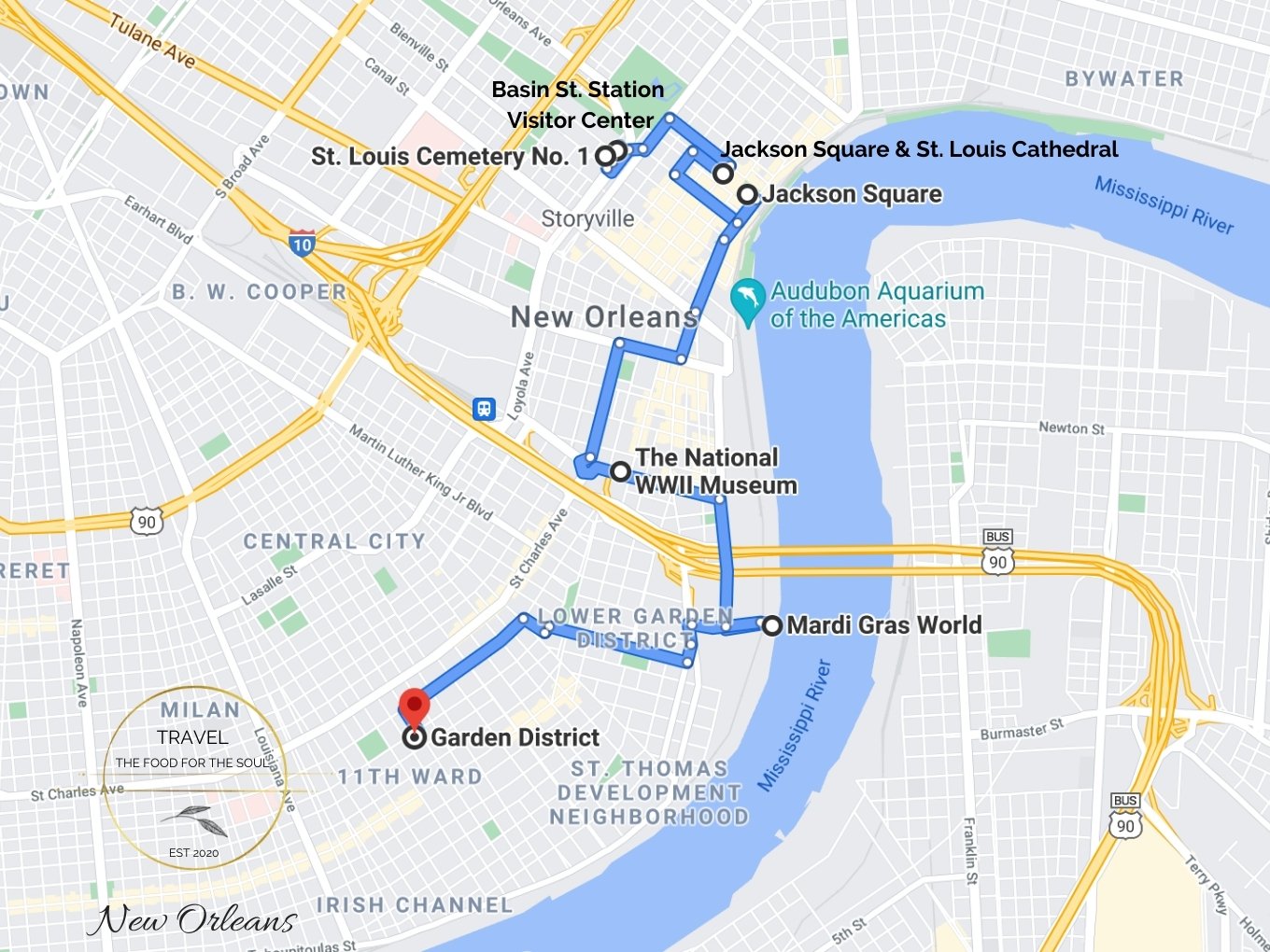 Here’re the must-see places on a trip to New Orleans, starting at the New Orleans Basin Street Station Visitor Center! 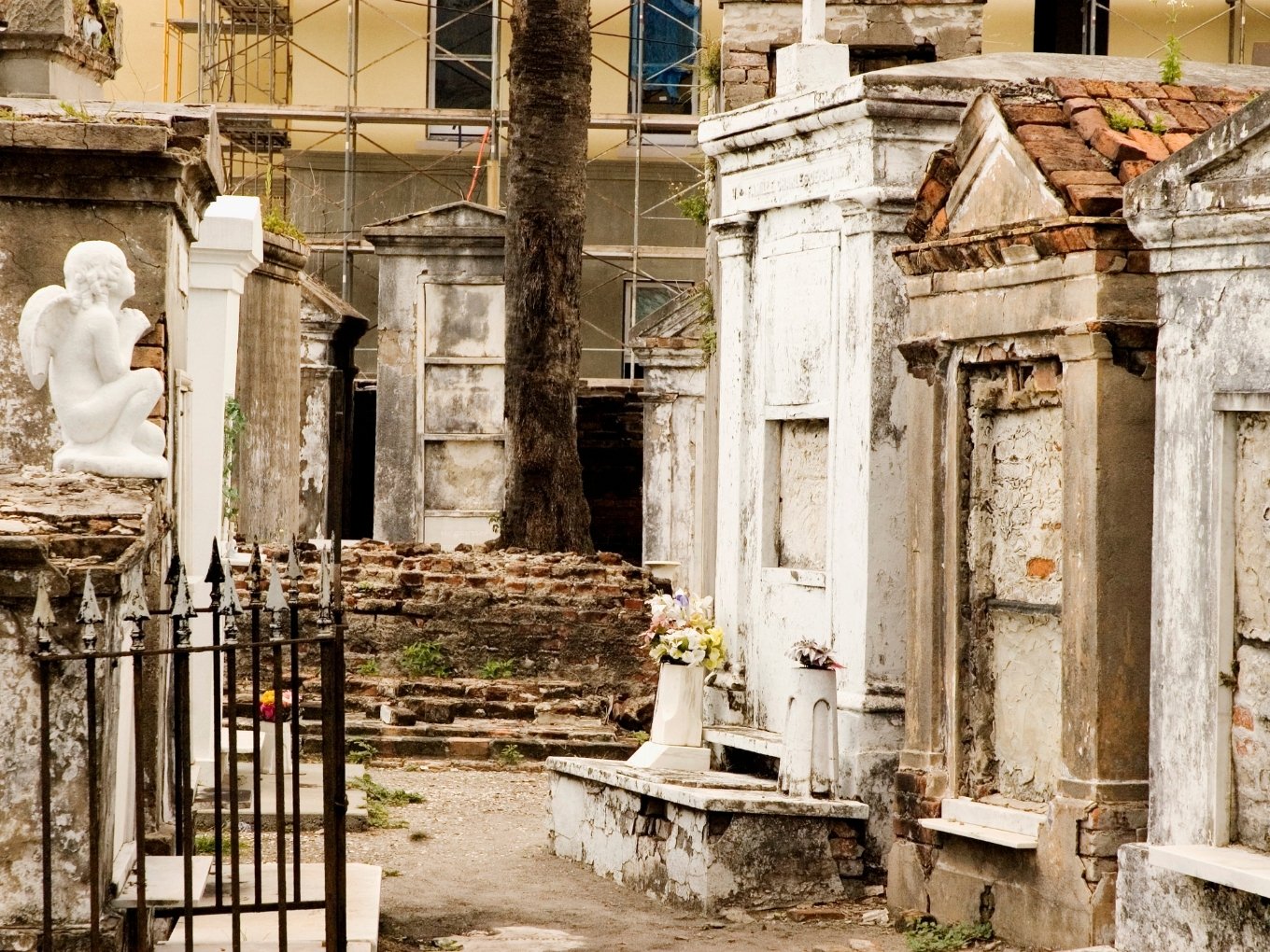 St. Louis Cemetery, visited by millions of people every year, is a unique above-ground graves cemetery built to address a practical problem of the city. Due to the city’s high water table, the underground coffins would simply float back up to the top, and so the cemetery was designed as a tombs-stack gravesite, where graves are stacked one above the other.

The French Quarter, the most popular tourist attraction in New Orleans, is the oldest neighborhood in the city and a designated National Historic Landmark. French Quarter is home to numerous historically significant buildings and an amalgam of various cultures, bustling with lively music, street performers, shops, horse-drawn carriages, and great dining options. 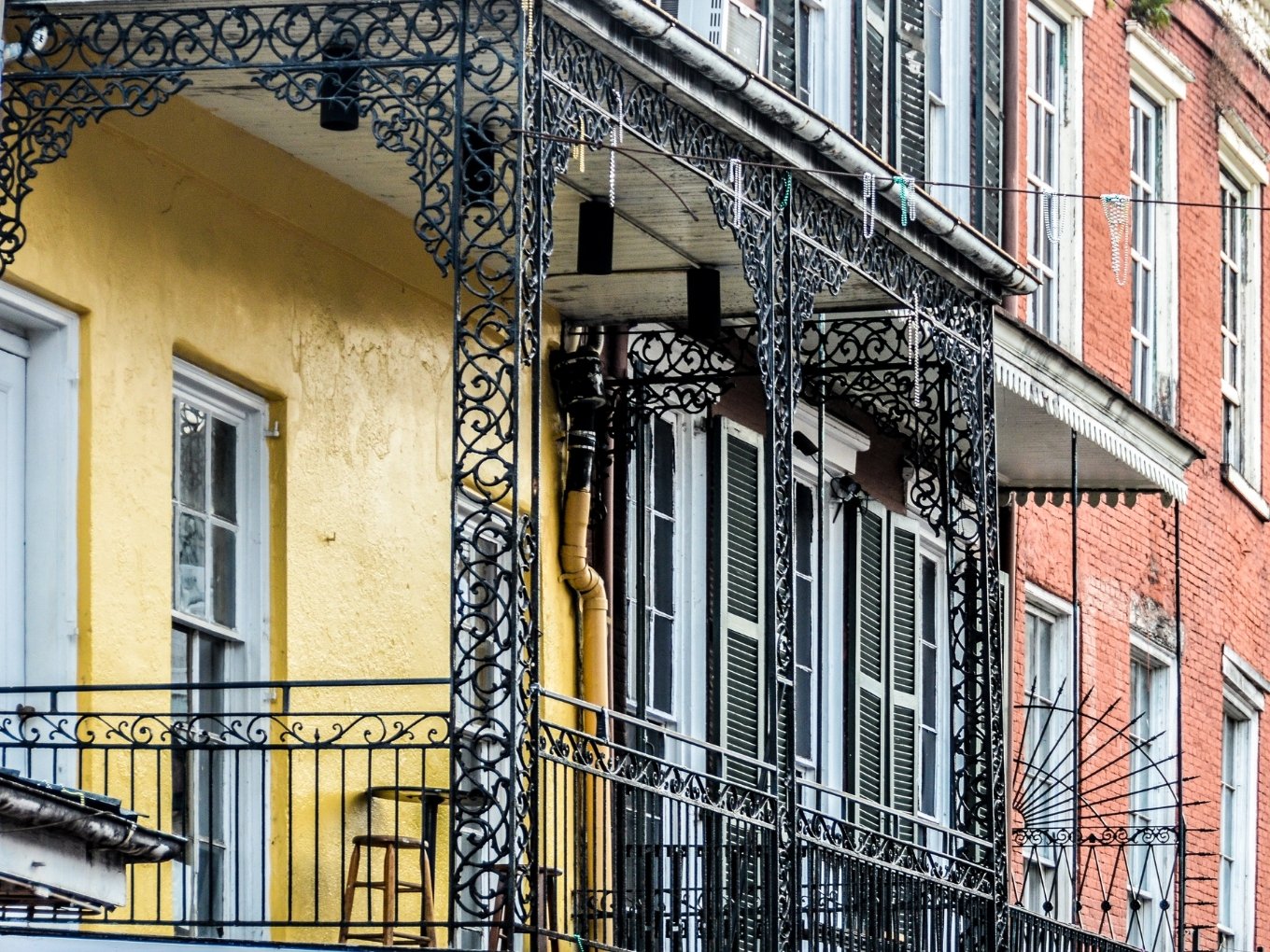 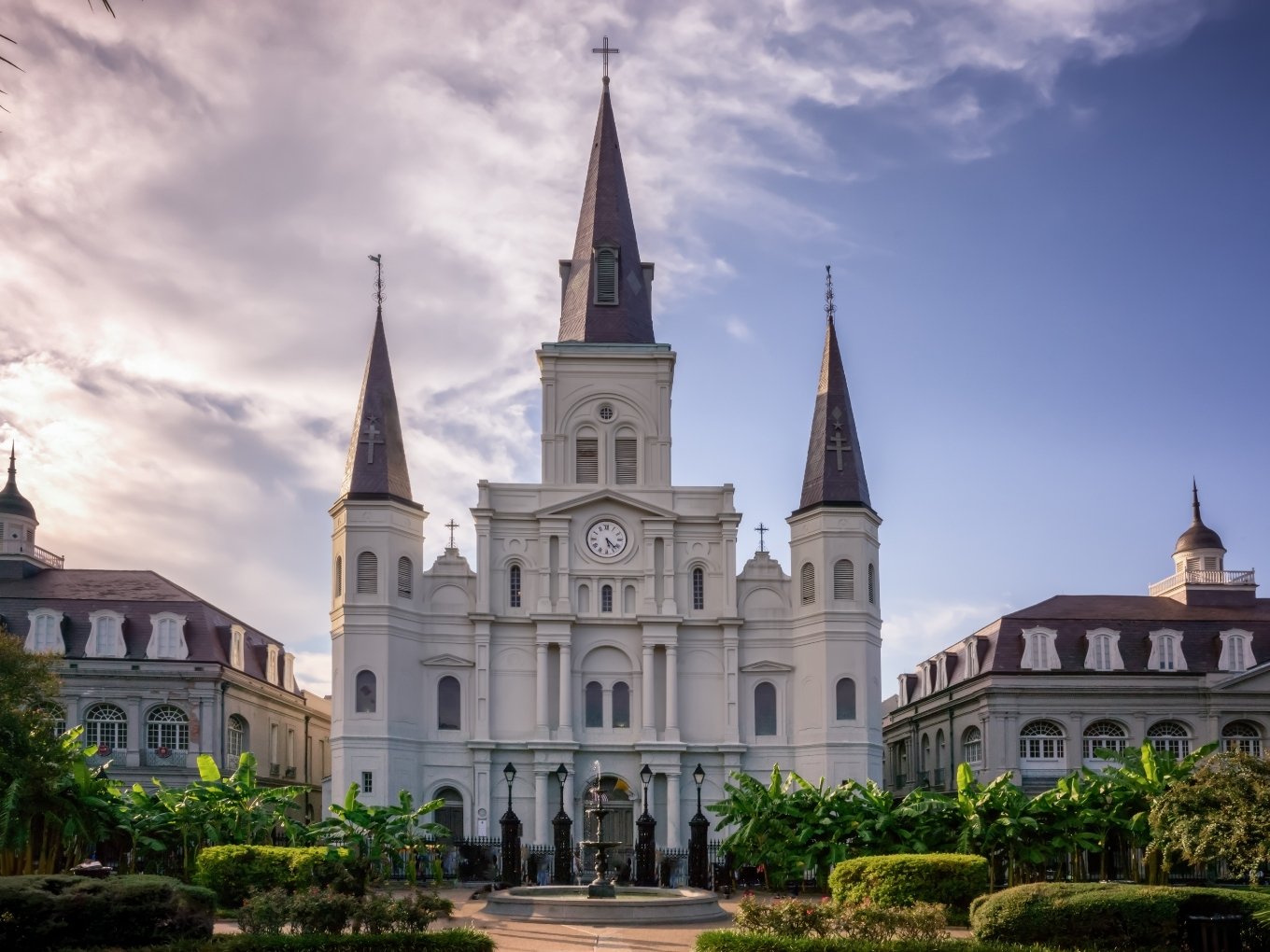 Jackson Square, a public park in the French Quarter area, is a historic site where Louisiana was declared as part of the US in 1803, following the Louisiana Purchase agreement. To the north of Jackson Square is the Saint Louis Cathedral, an iconic landmark of New Orleans, built in 1794 and is the oldest cathedral of the Nation that is in continuous use.

The National WWII Museum, also referred to as The National D-Day Museum, is a military history museum in New Orleans. The museum is home to several artifacts and engaging exhibits organized into three major sections – a section devoted to the war in the Pacific, an area dedicated to the war in Europe, and a third building that houses several WWII aircraft. 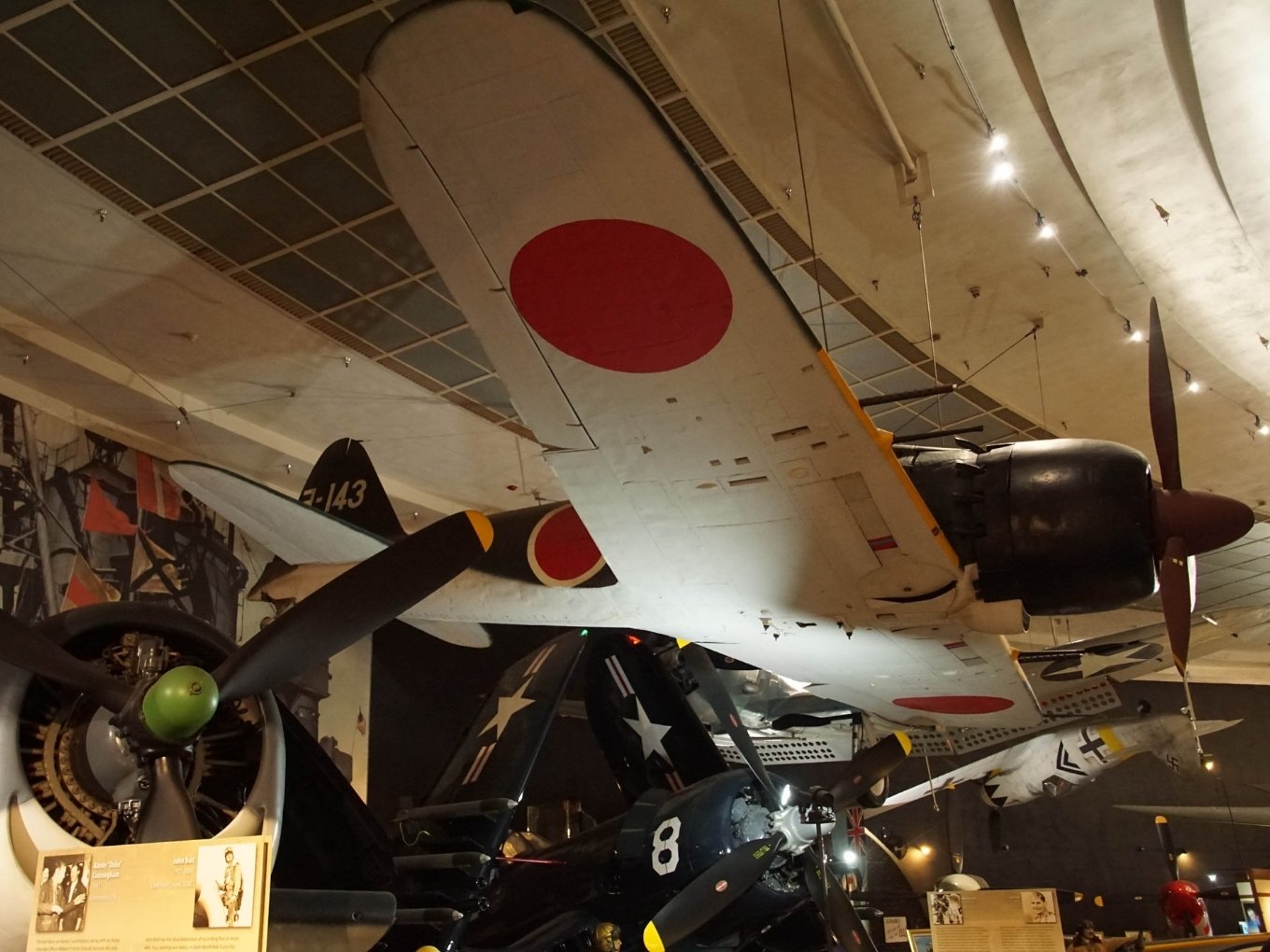 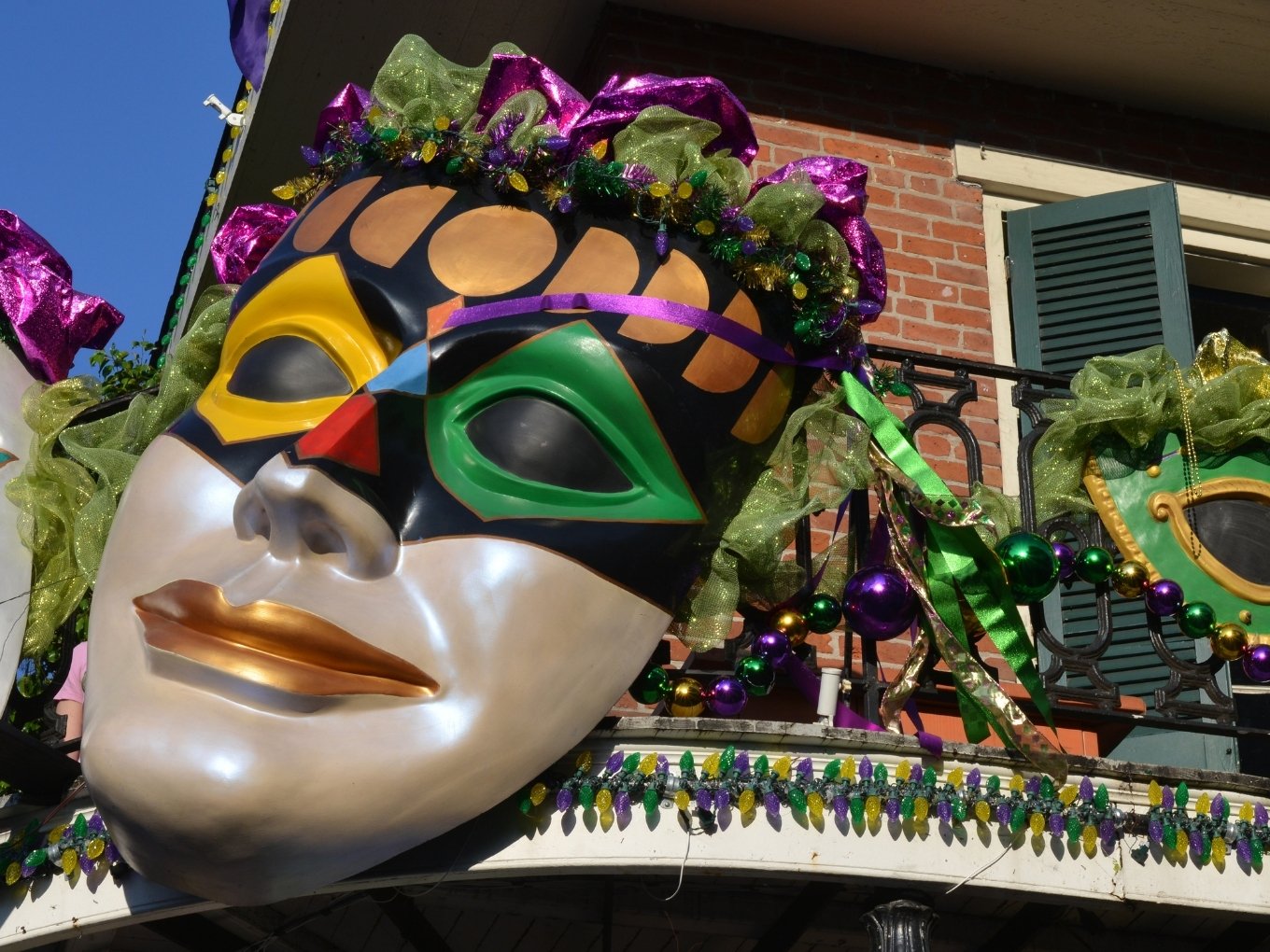 Mardi Gras celebrations are undoubtedly the best things to see in New Orleans! However, if you’re visiting outside the Mardi Gras season, you could still get a sense of Mardi Gras at the Madi Gras World. Mardi Gras World, a workshop where the floats are built, is home to spectacular floats, costumes, and props used in Mardi Gras.

The Garden District is a charming neighborhood in New Orleans lined with massive old-growth trees, lush gardens, gorgeous mansions, cafes, eateries, and a few boutique shops. The Garden District is a treat for your eyes and best enjoyed on board the City Sightseeing Tour, where a guide highlights significant buildings and many French architectural features. 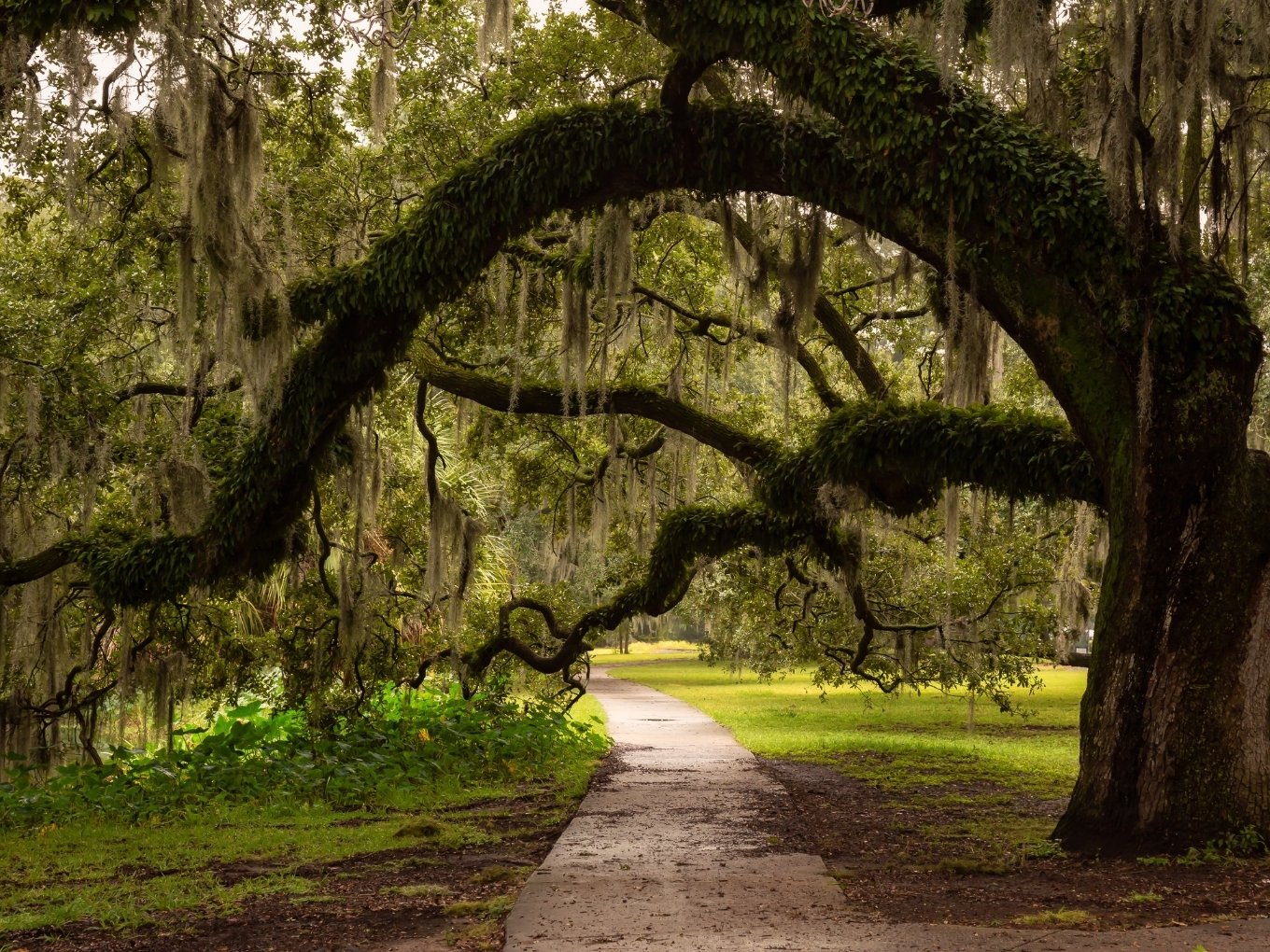 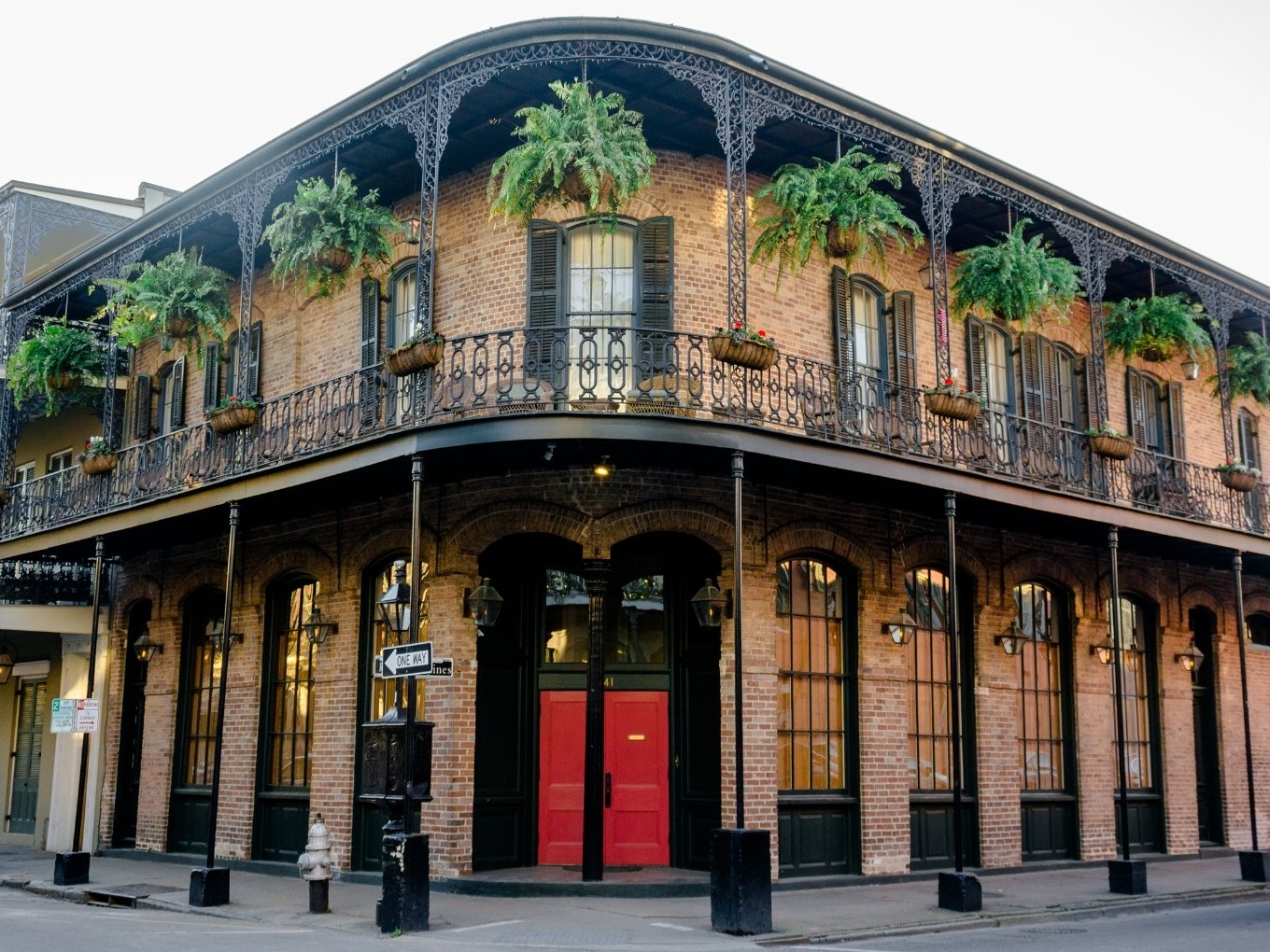 If going to New Orleans for Mardi Gras, downtown hotels with balconies and street views are the best! If visiting for sightseeing, you could stay anywhere in the city!

Hotels In New Orleans: If you’re going to New Orleans for Mardi Gras celebrations, I highly recommend staying in a hotel on Bourbon Street or Canal Street with balconies overlooking the street to enjoy the parades without having to leave your hotel! However, in order to get rooms in those hotels during Mardi Gras, you must plan and reserve at least a year in advance. If you’re going outside Mardi Gras season for sightseeing, you could stay anywhere in the city, within driving distance to the downtown. Here’re are my top picks for hotels in New Orleans

Restaurants In New Orleans: New Orleans is known for its palate indulging cuisines and myriad of eateries ranging from fine dining to locally-owned restaurants. There’re so many restaurants in New Orleans, especially in the downtown area, it’s impossible to try them all or pick one over the other. However, here’re a few dishes and joints you must try in New Orleans – Creole cuisine in Gumbo Shop or Creole House Restaurant & Oyster Bar, authentic Cajun food in Cochon Restaurant or Cajun Seafood Restaurant, Po’Boys sandwiches in NOLA Poboys, and Beignets, powdered sugar-coated French donuts in Cafe Beignet on Royal Street. 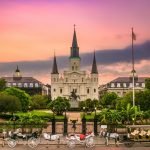 I hope you enjoyed reading the post, The Ultimate Guide To New Orleans, and I hope this will help you plan your trip to New Orleans. You can find other attractions in Louisiana in my Louisiana Travel Guide.