The Ultimate Guide To Multnomah Falls

The Ultimate Guide To Multnomah Falls 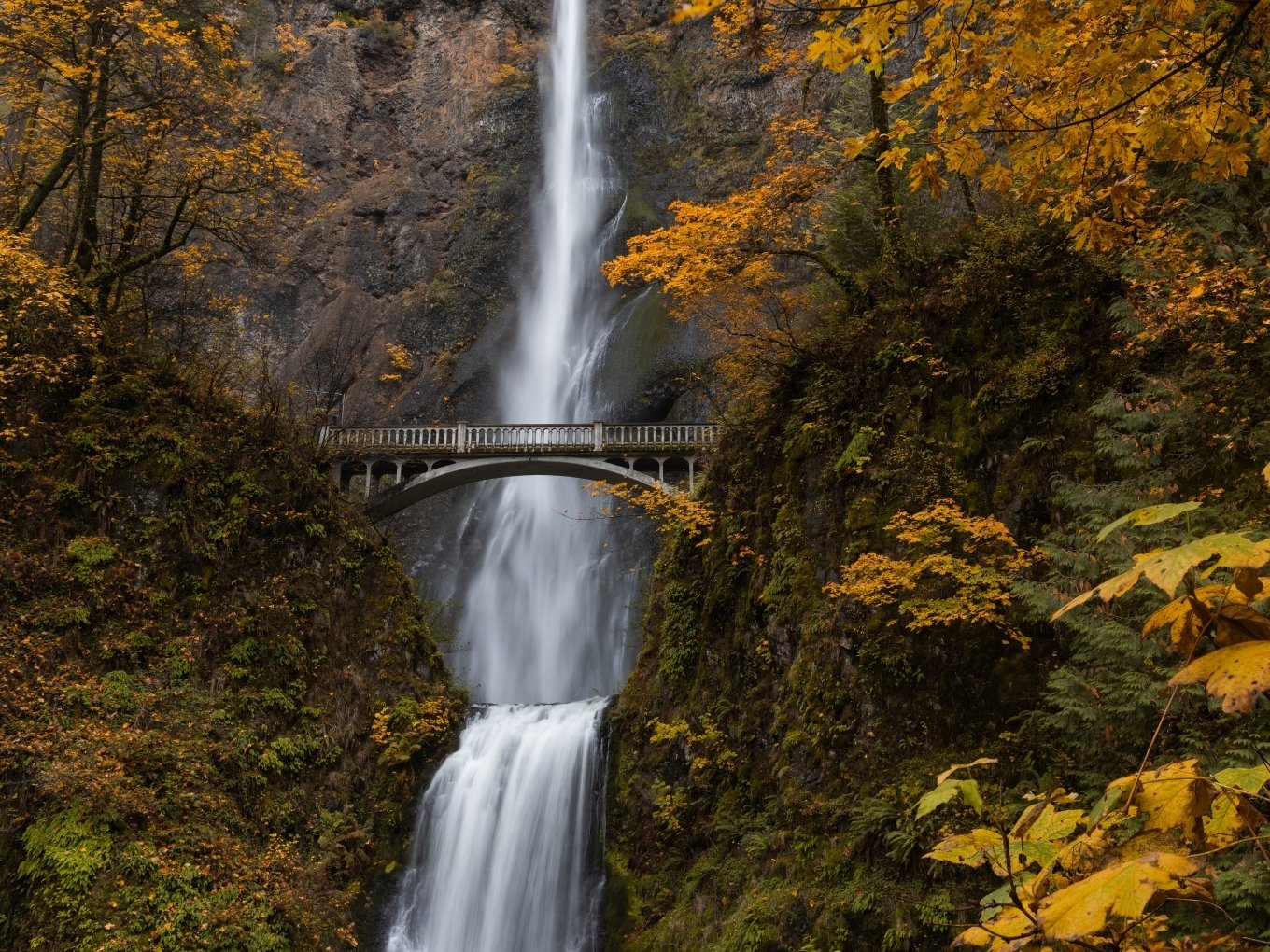 Multnomah Falls, a gorgeous cascading waterfall with a mid-way footbridge adding to its stupendous beauty!

The towering Multnomah Falls is an iconic landmark of Oregon and is one of the most accessible waterfalls in the US!

The Multnomah Falls, including both the cascades, is about 610 feet tall, with the towering upper fall measuring about 540 feet and the lower fall plunging approximately 70 feet into the lower pool. The Benson Bridge, a footbridge spanning the waterfalls between the two cascades, was constructed as an observation deck offering phenomenal up-close views of the upper falls and the upper pool and top-down views of the lower cascade.

The Multnomah Falls Lodge, located at the base of the falls, is a historic building listed on the National Register of Historic Places. The Multnomah Falls Lodge now houses an information desk, several exhibits, a gift shop, a snack & coffee bar, and a restaurant. Besides the gorgeous views and the historic lodge, you will also find a few seasonal hiking trails in Multnomah Falls that let you explore the wilderness and a few other waterfalls in the area.

Planning Your Trip To Multnomah Falls 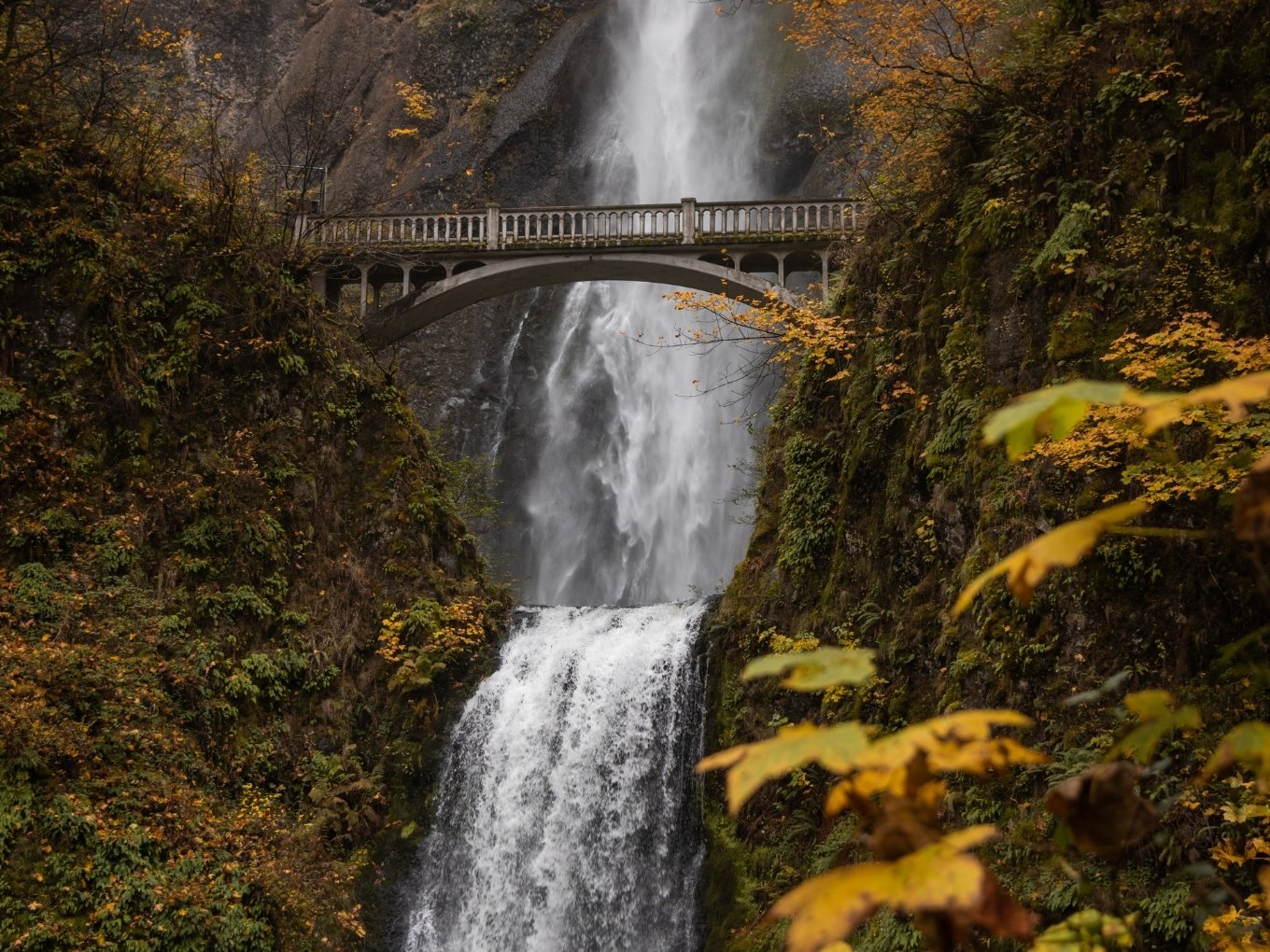 Every season offers a distinct scenery and experience at Multnomah Falls!

Best Time To Visit Multnomah Falls: Multnomah Falls is a year-round destination, spring and summer being the peak season. Nevertheless, the foliage in fall and the snow-covered mountains in winter offer some of the best views of Multnomah Falls. However, winter has some limitations; with all hiking trails being closed for the season, you won’t be able to access the footbridge or any other area in Multnomah Falls.

Parking In Multnomah Falls: There’s an onsite parking lot at Multnomah Falls located in the center of the highway but has limited parking and is often full, especially during the peak seasons. The only couple of ways to deal with this is (1) Visiting early morning or late afternoon, (2) Park at an offsite parking lot, Rooster Rock State Park, or Gateway Transit Center in Portland, and then ride the Columbia Gorge Express shuttle to Multnomah Falls.

Other Attractions Near Multnomah Falls: Multnomah Falls is located in the Columbia River Gorge, a canyon of the Colorado River between the states of Oregon and Washington, which is a designated National Scenic Area and is home to several other waterfalls, creeks, overlooks, and hiking trails. There’re a few such gems located close to Multnomah Falls that I highly recommend visiting if you have time.

Things To Do In Multnomah Falls 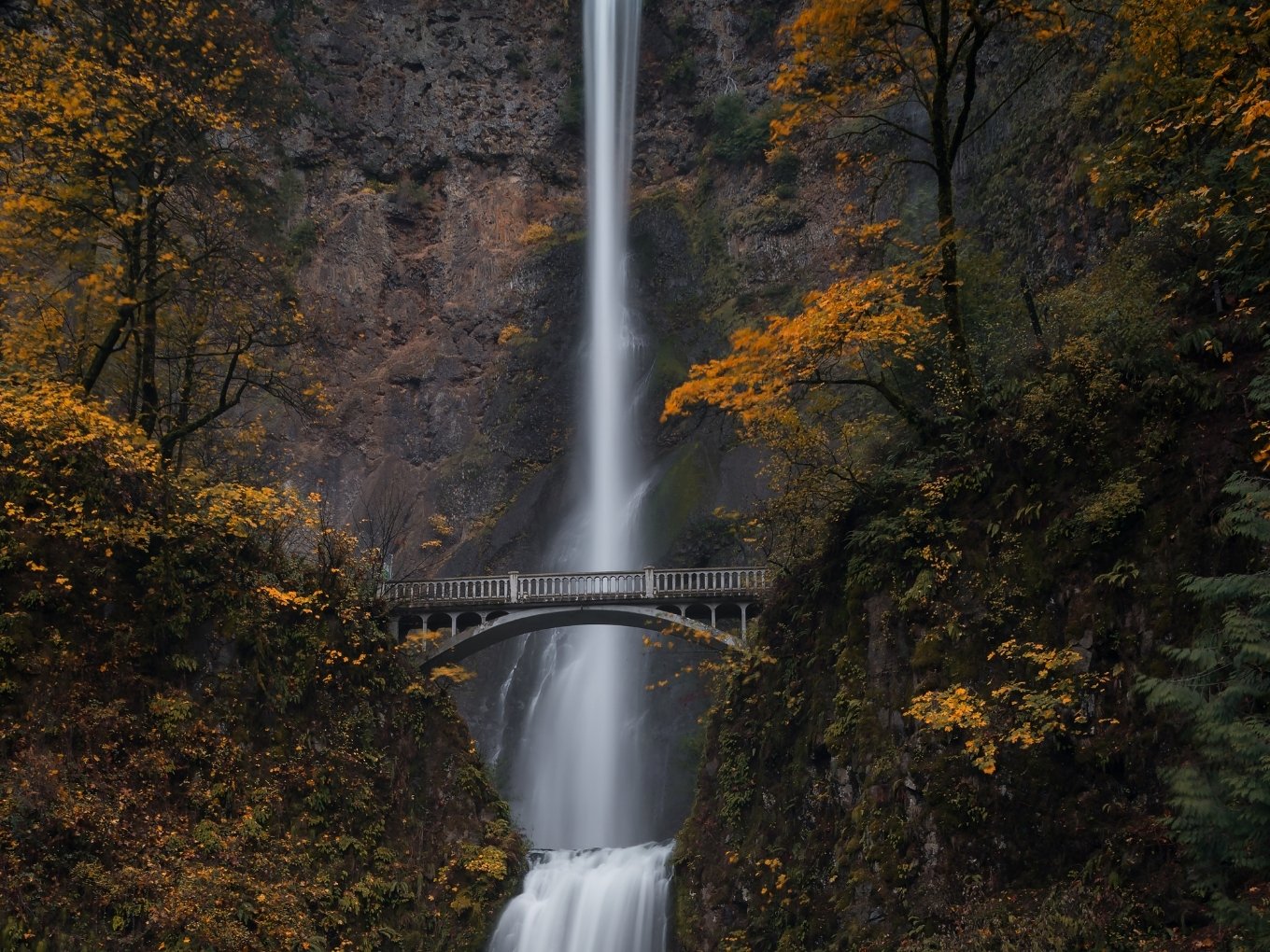 Soak up the gorgeous views, visit the historic lodge and hike some of the trails at Multnomah Falls!

Benson Bridge / Footbridge: There’s a short but steep 0.2 miles hike along the Larch Mountain Trail, starting next to the lower viewing platform, which leads to the Benson Footbridge. The views of the waterfall from the footbridge are nothing but phenomenal! On one side, you would see the towering upper cascade tumbling down the cliff into the upper pool, and on the other side, you could look down on the lower cascade plunging from the upper pool to the Multnomah Creek.

The Benson Footbridge and Upper Viewing Platform are seasonal and maybe occasionally closed due to safety reasons. So, make sure to obtain current trail conditions from the information desk before starting your hike.

The Columbia River Gorge scenic area is home to several waterfalls and hiking trails, of which a few hikes start right from the base of Multnomah Falls. There’re primarily two trails that begin from Multnomah Falls, the Larch Mountain Trail and the Wahkeena Falls Trail, but have several vista points and can be customized. 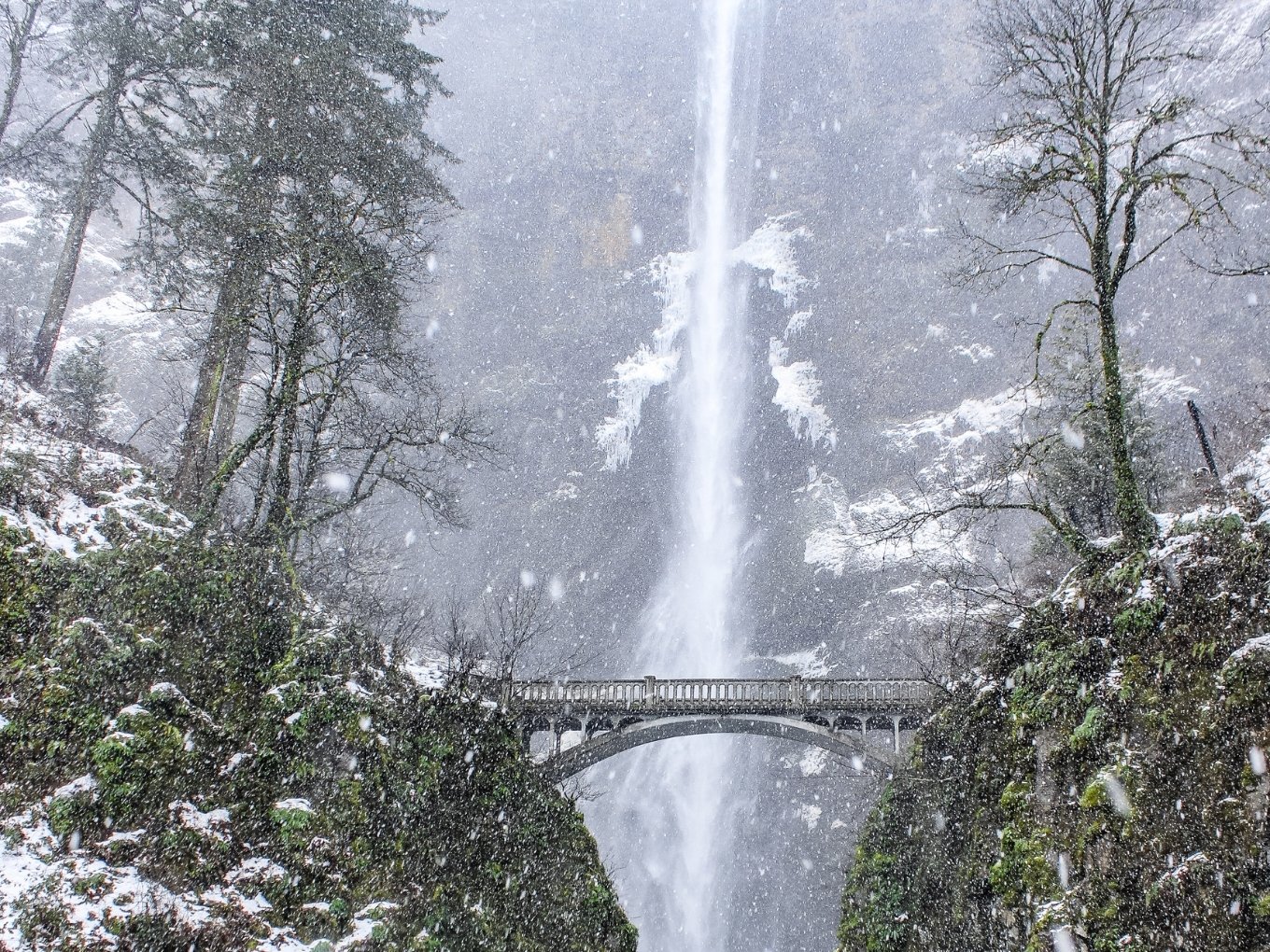 Portland is about 30 miles from Multnomah Falls and is home to several resorts, boutique hotels, and many other lodging options. However, if you’re looking to stay next to Multnomah Falls, your options may be limited to a few campgrounds, lodges, and bread and breakfasts in the nearby town of Cascade Locks and Hood River.

Campground Near Multnomah Falls: If you’re into camping, you will find several campgrounds in the Columbia River Gorge Scenic Area, and below are the campgrounds located near Multnomah Falls in the Cascade Locks area. However, these are seasonal and are always in demand, so I would recommend reserving them in advance.

Resorts & Hotels In Portland: There’re several lodging options in Portland, ranging from chain hotels to luxury boutique hotels. Given Portland’s proximity to the airport, Multnomah Falls, and other attractions in the area, I prefer staying in Portland while visiting Multnomah Falls. Here’re my top picks for hotels in Portland 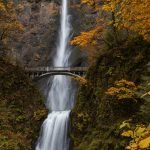 I hope you enjoyed reading the post, The Ultimate Guide To Multnomah Falls, and I hope this will help you plan your trip to Multnomah Falls. You can find other Oregon attractions in my Oregon Travel Guide.