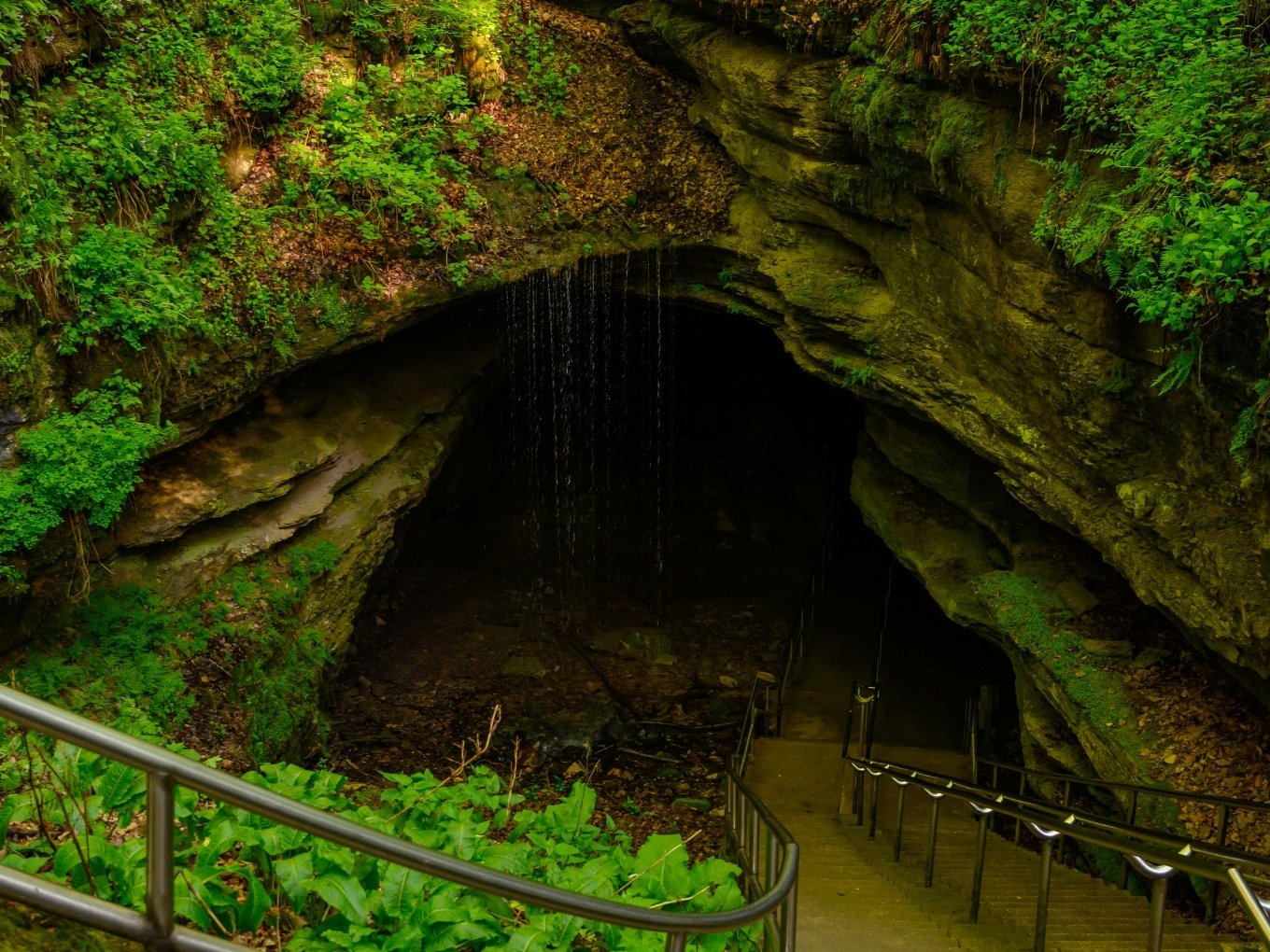 Mammoth Cave, a world of spectacular nature under the ground!

Mammoth Cave National Park, a complex and large cave system comprising several narrow passages and cave formations, is home to a fascinating slice of nature concealed under the ground!

Mammoth Cave National Park, located in south-central Kentucky about forty miles north of Kentucky – Tennessee state border, is home to the most massive cave system known to the human race! Mammoth Cave, named after its mammoth-like size, is home to more than 400 miles of explored cave systems and several unexplored areas which are still being studied and mapped. Mammoth Cave is one of the most stunning natural wonders on earth and also a designated World Heritage Site and an International Biosphere Reserve!

Mammoth Cave, sculpted and shaped by limestone erosion caused by the water flowing through the cave into the Green River, was formed several million years ago. The fossils and the remains excavated from the cave indicates human ties with the cave since prehistoric times. The first non-Indigenous exploration of Mammoth Cave ties back to a legend of a hunter chasing a wounded bear stumbles upon the entrance of Mammoth Cave. The cave’s rich mineral deposits lured several businessmen who started mining calcium nitrate and other ores from Mammoth Cave. On July 1st, 1941, the Mammoth Cave National Park was formed to protect, preserve, and study Mammoth Cave!

Mammoth Cave is a highly sought-after tourist destination globally, whose complex and multi-story cave system can be explored via ranger-led tours! 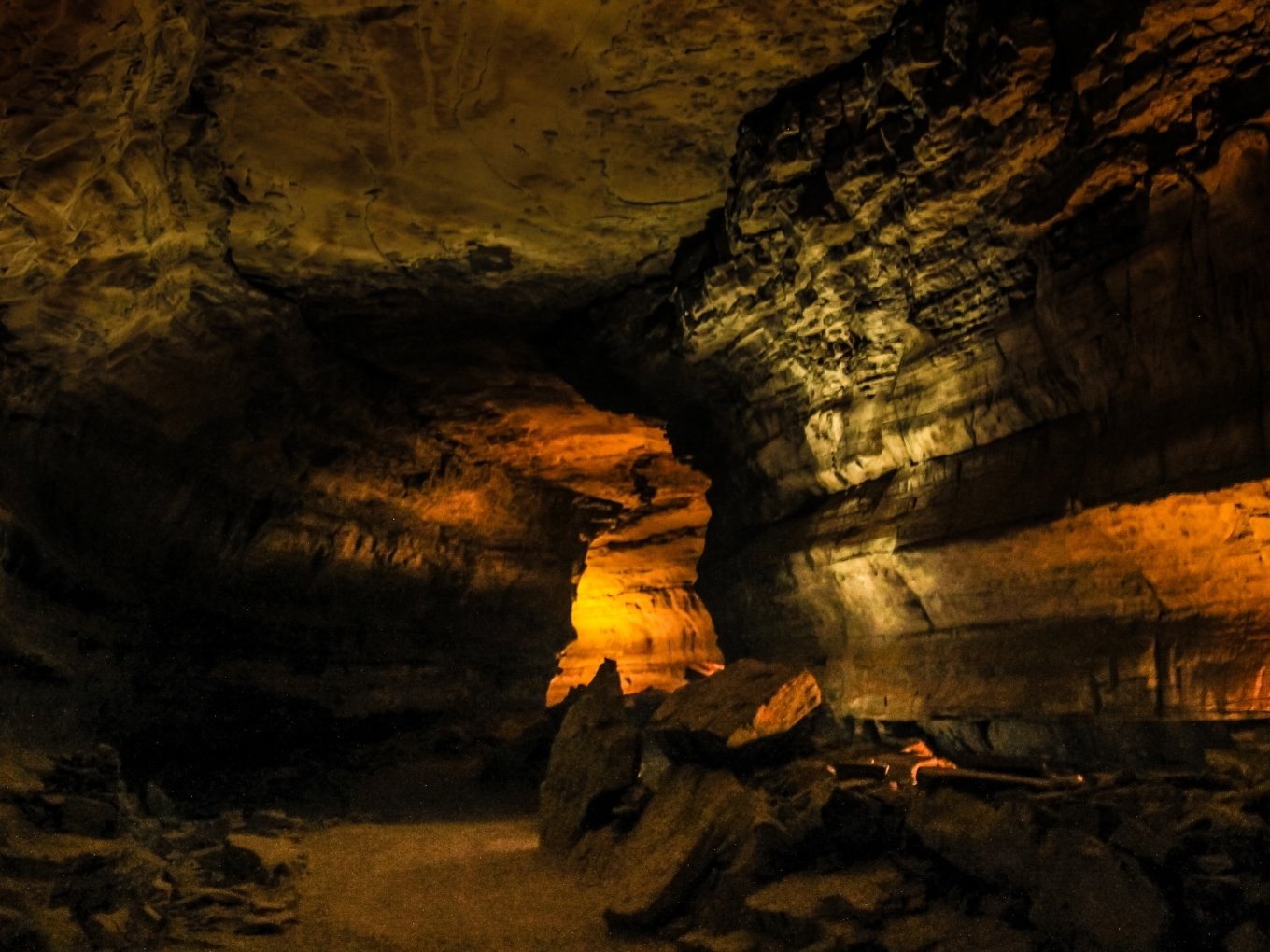 Fly into Louisville in Kentucky and then drive to Mammoth Cave, and if you’re visiting during the peak summer months or holiday weekends, make your cave tour reservations in advance!

Parking & Passes In Mammoth Cave National Park: There’s ample parking for visitors in Mammoth Cave National Park near the Park’s visitor center. Once parked, you can purchase your cave tour tickets at the ticket counter inside the visitor center, and once it’s time for your tour, you would need to form a line up behind the visitor center building and then follow your tour guide into the cave. The tour passes can also be purchased in advance online on Recreation.gov, which I highly recommend if you’re visiting during the peak summer months or on holiday weekends.

Dining Options In Mammoth Cave National Park: While the dining options inside the Park are limited to the Green River Grill and Spelunkers Cafe, both located inside the Lodge at Mammoth Cave, you will find quite a few dining options in the nearby towns of Park City and Cave City. Here’re my top picks for restaurants near Mammoth Cave National Park – Watermill Restaurant for outstanding southern cuisine, Bucky Bees BBQ for great barbecue, Cracker Barrel Old Country Store for American fare, and El Mazatlan for authentic Mexican food.

Things To Do In Mammoth Cave National Park 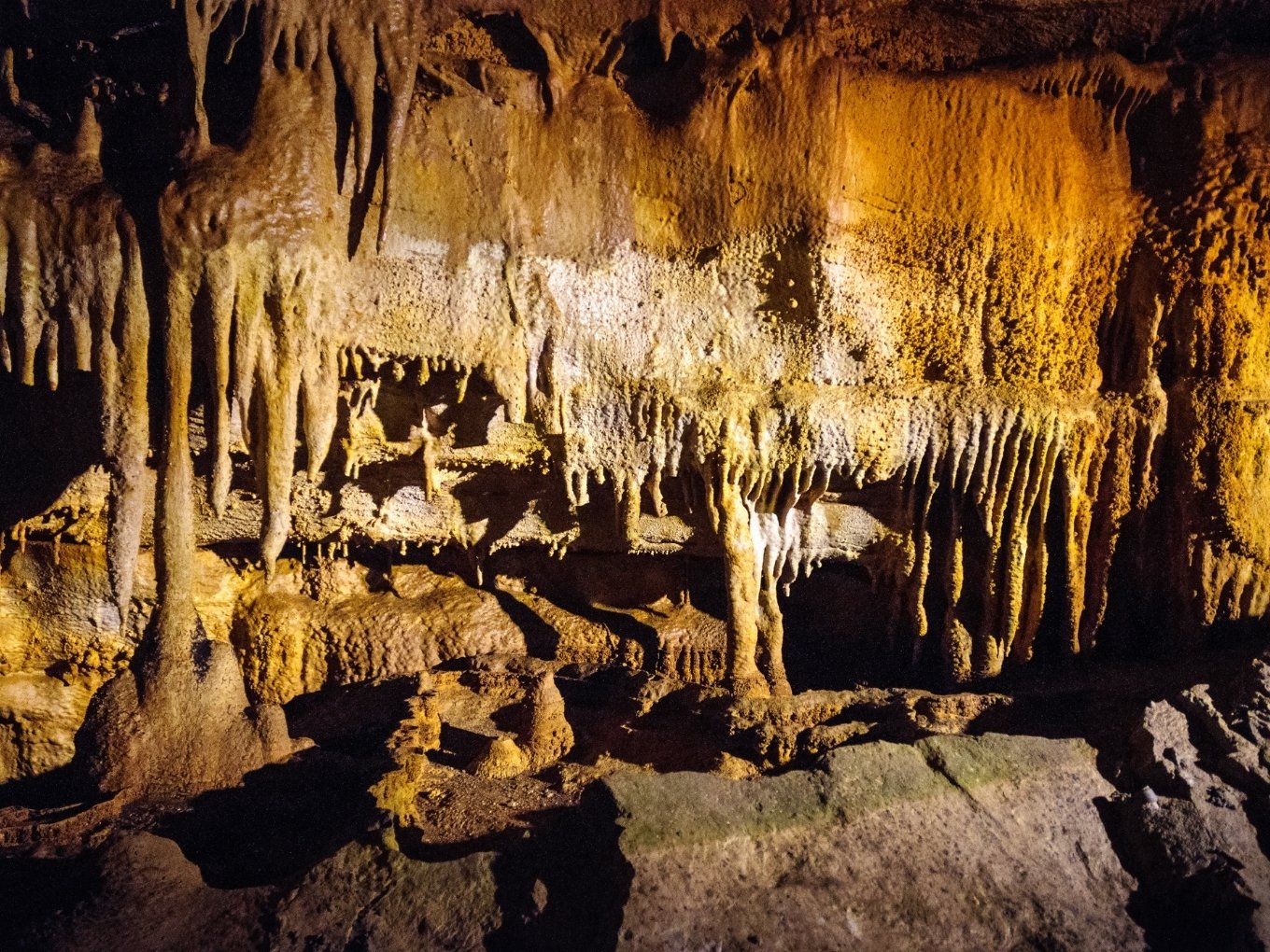 Unquestionably, the cave tours should be on top of your list of things to do in Mammoth Cave National Park, but if you have time, you could hike, bike or canoe to explore the grounds and nature above the cave!

Mammoth Cave Tours: Though Mammoth Cave National Park offers a short self-guided discovery tour of the cave, I highly recommend doing one of the ranger-led in-depth tours of Mammoth Cave. The Park offers several guided tours ranging from 1.25 hours to 6 hours, featuring different sections and features of Mammoth Cave. Though the cave tours are offered year-round, the schedule and frequencies vary based on the season. So, it’s a good idea to check for the current schedule and book your tickets online on Recreation.gov.

Hiking & Biking Trail: There’re several hiking and biking trails in Mammoth Cave National Park, including nature trails, river and pond-side walking tracks, and several miles of backcountry hiking trails for multi-day hiking and camping trips. Hiking and camping are popular activities in Mammoth Cave during the summer months, and given the easy to moderate nature of most of the hikes, everyone can enjoy hiking in the Park. Here’re some of the most popular hikes in Mammoth Cave National Park – Heritage Trail, Sinkhole Trail, and Sunset Point Trail, but you can find the complete list of hiking trails on the Park’s website.

Fishing, Kayaking & Canoeing: Mammoth Cave National Park is home to the Green and Nolin rivers, which makes it an excellent place to go fishing or kayaking. You can either bring your own canoe / kayak or rent it from authorized concessioners of the Park, including Adventures of Mammoth Cave and Green River Canoeing. 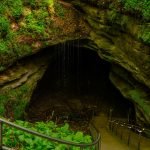