The Ultimate Guide To Incline Railway

The Ultimate Guide To Incline Railway 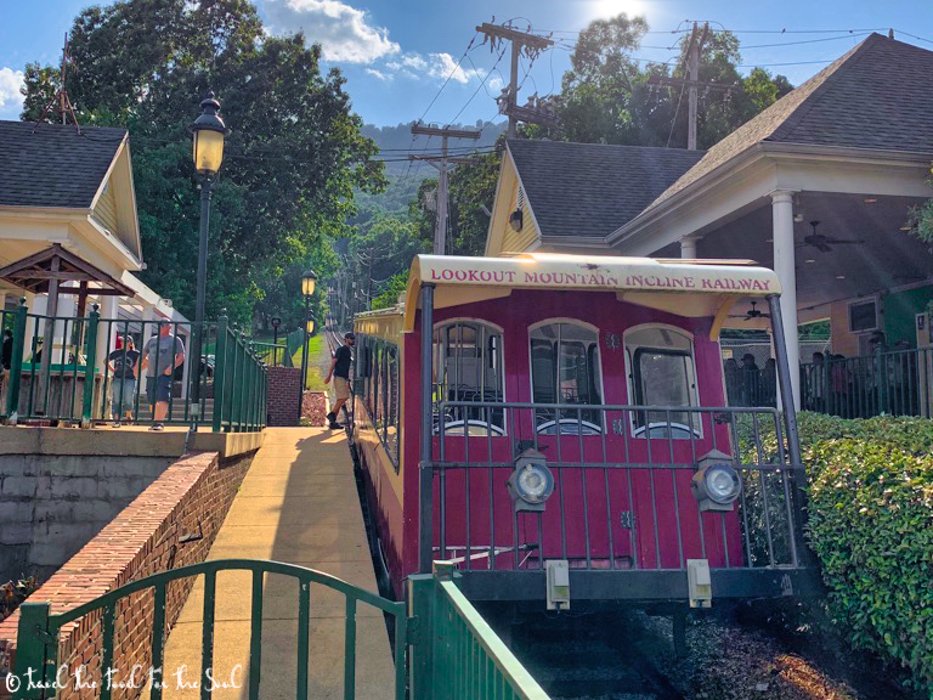 Incline Railway, one of the steepest passenger railways in the world and a masterpiece of engineering!

Lookout Mountain Incline Railway, constructed in 1895, is an exemplary piece of engineering and is a designated Historic Mechanical Engineering Landmark. The Incline Railway climbs a very steep slope, approximately 73% grade, which almost feels like a vertical climb up the mountain. To achieve this, the engineers used steel cables to pull the cars and, to make it more efficient, used two cars moving up and down the same track at the same time to counterbalance the weight. Upon reaching the point where the two cars pass each other, the track splits into two and then reunites.

The Incline Railway ride itself is remarkable, but when atop the Lookout Mountain, I recommend spending some time exploring the grandeur vistas and the Civil War historic site and museum!

The Incline Railway ride to the summit of Lookout Mountain is approximately one mile long, which is referred to as “America’s Most Amazing Mile,” and takes about 15 minutes each direction. The Incline Railway has two stations – (1) Lower Station, in St. Elmo Avenue featuring a ticket booth and ice-cream parlor, and (2) Upper Station, atop the mountain featuring an observation deck, a gift shop, Point Park, and Battles for Chattanooga Electric Map & Museum. Lookout Mountain is also home to a few other great attractions, including Ruby Falls and Rock City, located pretty close to Incline Railway and are often visited along with Incline Railway!

Here is my ultimate guide to Incline Railway, featuring essential trip-planning information, things to do, nearby attractions, and recommendations on hotels and restaurants near the Incline Railway in Chattanooga, Tennessee!

Planning Your Trip To Incline Railway 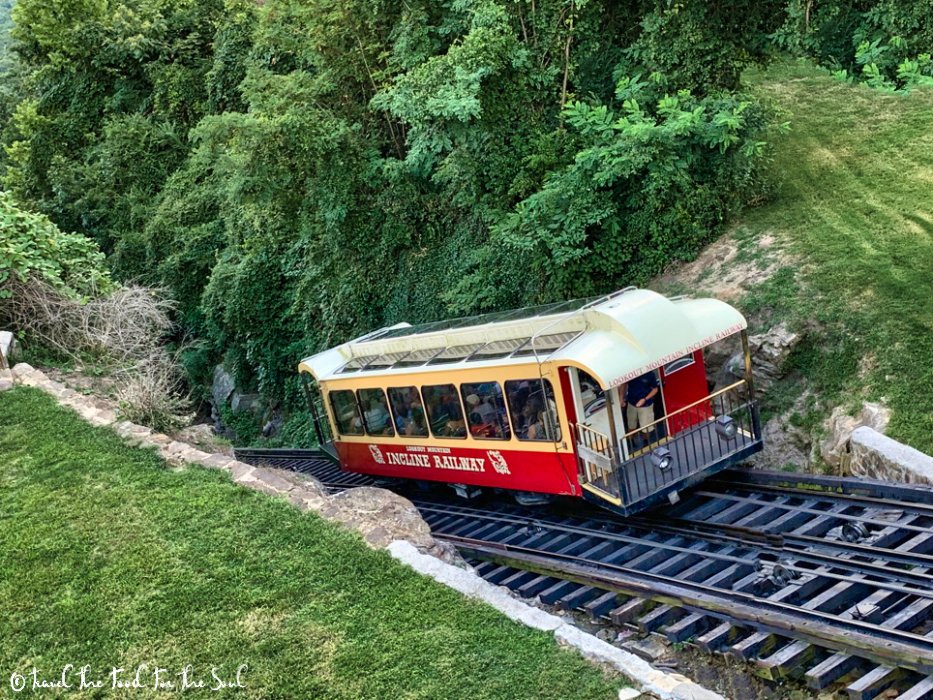 Flying into and staying in Chattanooga, Tennessee, and visiting a couple of other Lookout Mountain attractions, is the best way to get the most out of your trip to Incline Railway!

Best Time To Visit Incline Railway: Incline Railway is open throughout the year except on Thanksgiving and Christmas, and given the cars are heated, it’s a year-round destination! However, spring and fall are the peak seasons at Incline Railway and Chattanooga, when temperatures are perfect for outdoor activities and fall brings colorful foliage. Summers are pretty hot in Tennessee, but given the high altitude of the Upper Station, heat shouldn’t be a huge problem at the observation deck or during the ride, but you may feel the heat while awaiting your ride at the Lower Station. Winters are cold with some snowfall in Chattanooga, but if you don’t mind cooler temperatures and use layered clothing, visiting in winter is a great way to beat the crowds at Incline Railway.

Time Required At Incline Railway: The ride itself is just 15 – 20 minutes one-way, but given the several attractions atop Lookout Mountain, I would recommend spending 3 – 4 hours at Incline Railway. However, being a popular tourist attraction, there may be long wait times to board the Incline Railway, especially during holidays and weekends.

Tickets & Parking At Incline Railway: Incline Railway offers roundtrip ride tickets, which can be purchased online on the Incline Railway Website, or in-person at the Lower Station in St. Elmo Avenue. You also have an option to buy combo tickets that includes admission to Rock City and Ruby Falls, two other popular attractions of Lookout Mountain. There’s ample paid parking available at the St. Elmo station, or you could use the streetside meter parking spots.

Lodging Options Near Incline Railway: While the lodging options right next to Incline Railway in Lookout Mountain are limited to a couple of Bread and Breakfasts, you will find plenty of excellent hotels in Chattanooga, Tennessee. Here’re my top picks for hotels near Incline Railway

Dining Options At Incline Railway: The dining options at the Incline Railway are limited to its ice-cream parlor at the Lower Station and a small cafe serving snacks and beverages at the Upper Station. However, there are quite a few great dining options in St. Elmo Ave – 1885 Grill serving outstanding southern cuisine, The Purple Daisy Picnic Cafe for comfort food, and Crust Pizza for some delicious pizza. 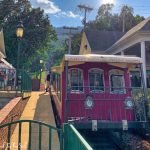 I hope you enjoyed reading the post, The Ultimate Guide To Incline Railway, and I hope this will help you plan your trip to the Incline Railway. You can find other attractions in Tennessee in my Tennessee Travel Guide.