The Ultimate Guide To Haystack Rock

The Ultimate Guide To Haystack Rock 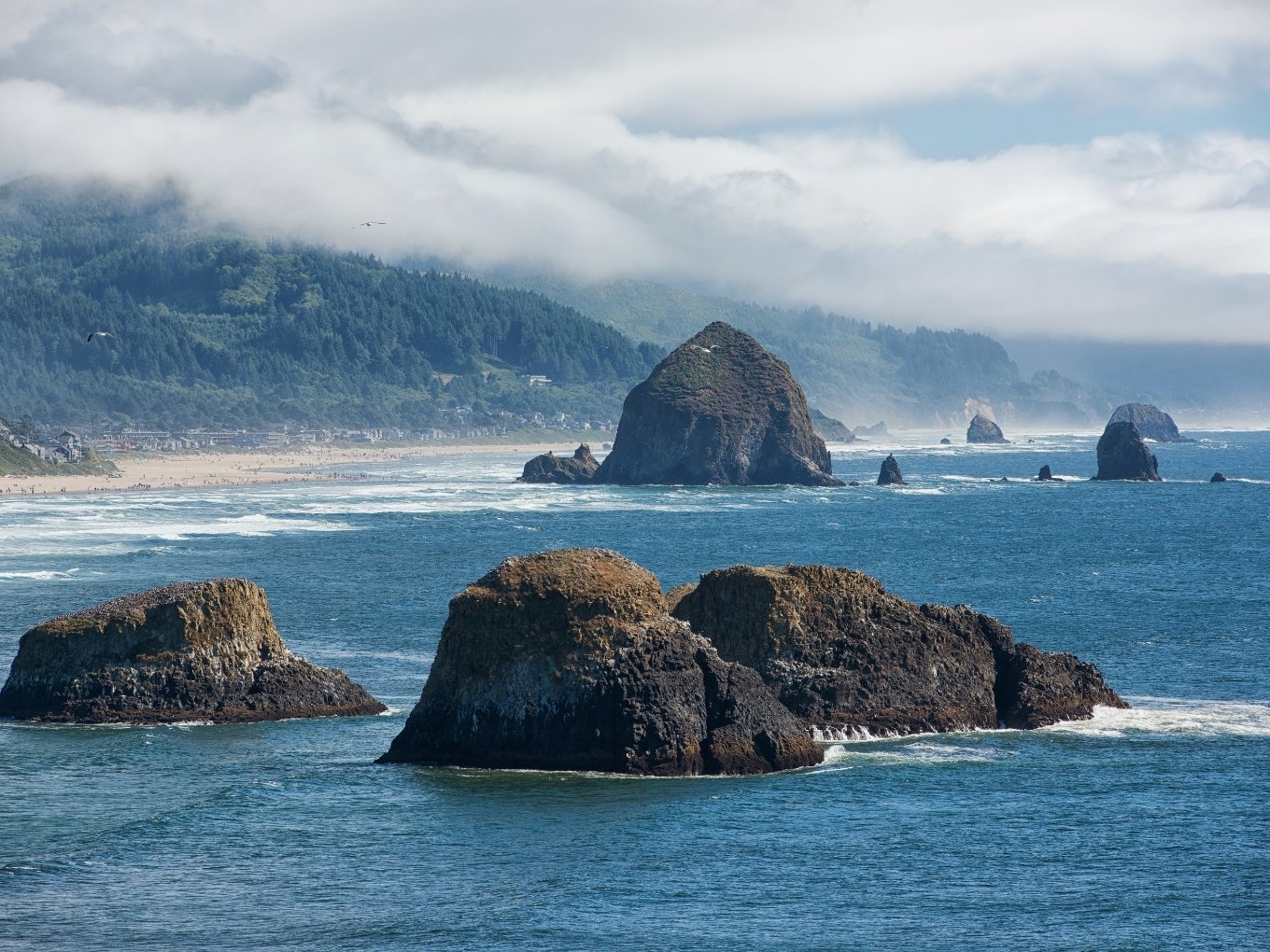 Haystack Rock is an iconic rock formation of the Pacific Coast, located in the charming coastal town of Cannon Beach, Oregon!

The massive Haystack Rock sits right at the shore of Cannon Beach, rising about 235 feet above the golden sandy pacific coast. Haystack Rock is also home to several seabirds, and its many tide pools serve as a dwelling place for several marine creatures, including colorful starfishes, crabs, aquatic snails, and others. However, Haystack Rock is a protected area and is better enjoyed from a distance, as climbing and disturbing marine life is strictly prohibited.

Located in Cannon Beach, a quaint coastal town in northwest Oregon, Haystack Rock is about 80 miles west of Portland. Besides Haystack Rock, Cannon Beach is also popularly known for its Arcadia Beach, Ecola State Park, and Hug Point State Park. With its several resorts and boutique hotels, the town of Cannon Beach also serves as an excellent stop along the Pacific Coast Highway!

Haystack Rock and the adjacent smaller rock formations are collectively known as the Needles of the Cannon Beach!

The formation of the Haystack Rock and the nearby rock structures started several million years back when tremendous lava flow from the nearby mountainous region reached the pacific coast and cooled off. Later exposed due to the receding sea level and geological upheaval, and since then, erosion continues to shape Haystack Rock.

Though there aren’t really many activities or things to do near Haystack Rock, the views of an enormous rock structure jutting out of the ocean floor and the marine life in its tidal pools make Haystack Rock an excellent stop along the Pacific Coast Highway and one of the must-see places in Oregon!

Here is my ultimate guide to Haystack Rock, featuring essential trip-planning information, nearby attractions, and recommendations on hotels and restaurants near Haystack Rock!

Planning Your Trip To Haystack Rock 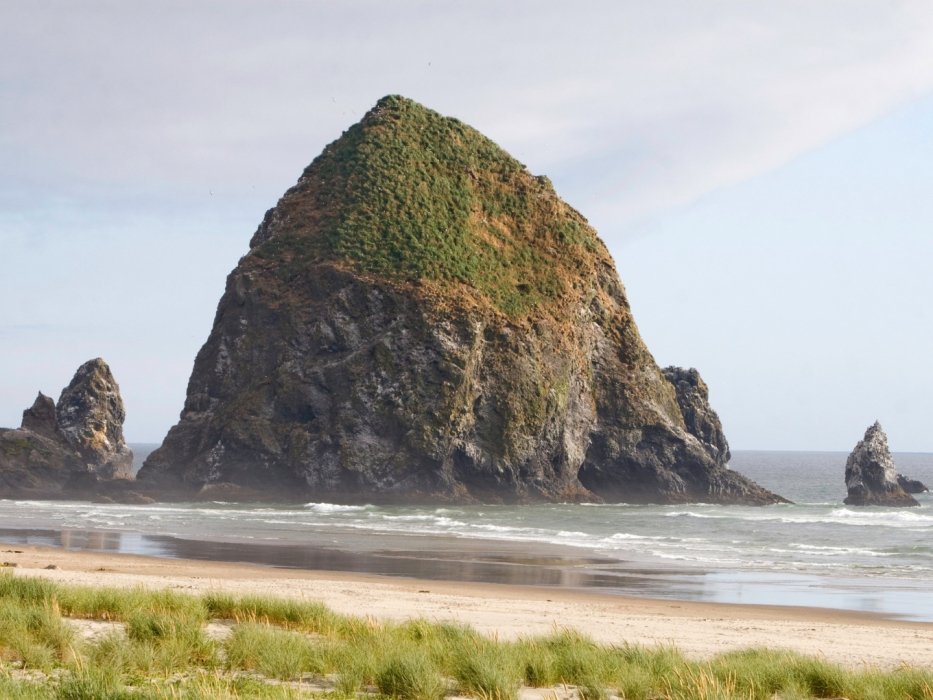 Haystack Rock is a year-round destination, spring & summer being the peak seasons, and I would recommend avoiding the weekends to beat the crowd!

Best Time To Visit Haystack Rock: Spring and Summer with pleasant temperatures is the best time to visit Haystack Rock! Winters are wet and at times snowy, but if planned according to the weather forecast, a trip to Cannon Beach in winter can be gratifying with views of snow-capped Haystack Rock, and you could have the beach to yourself. The only other recommendation is to avoid the weekends if you’re planning to photograph the Haystack Rock, as it gets really busy during the weekends, especially during the Summer months.

Other Attractions Near Haystack Rock: There’re a few other attractions near Cannon Beach that you could visit on your trip to Haystack Rock, including a couple of state parks and a beach located just a few miles south and north of Cannon Beach.

Time Required At Haystack Rock: While a couple of hours are sufficient to explore Haystack Rock and its tidal pools, you can spend the entire day exploring nearby beaches and state parks close to Cannon Beach. If you’re driving from Portland or driving along the Pacific Coast Highway, Cannon Beach, with its many resorts and hotels, is an excellent spot for an overnight stay. 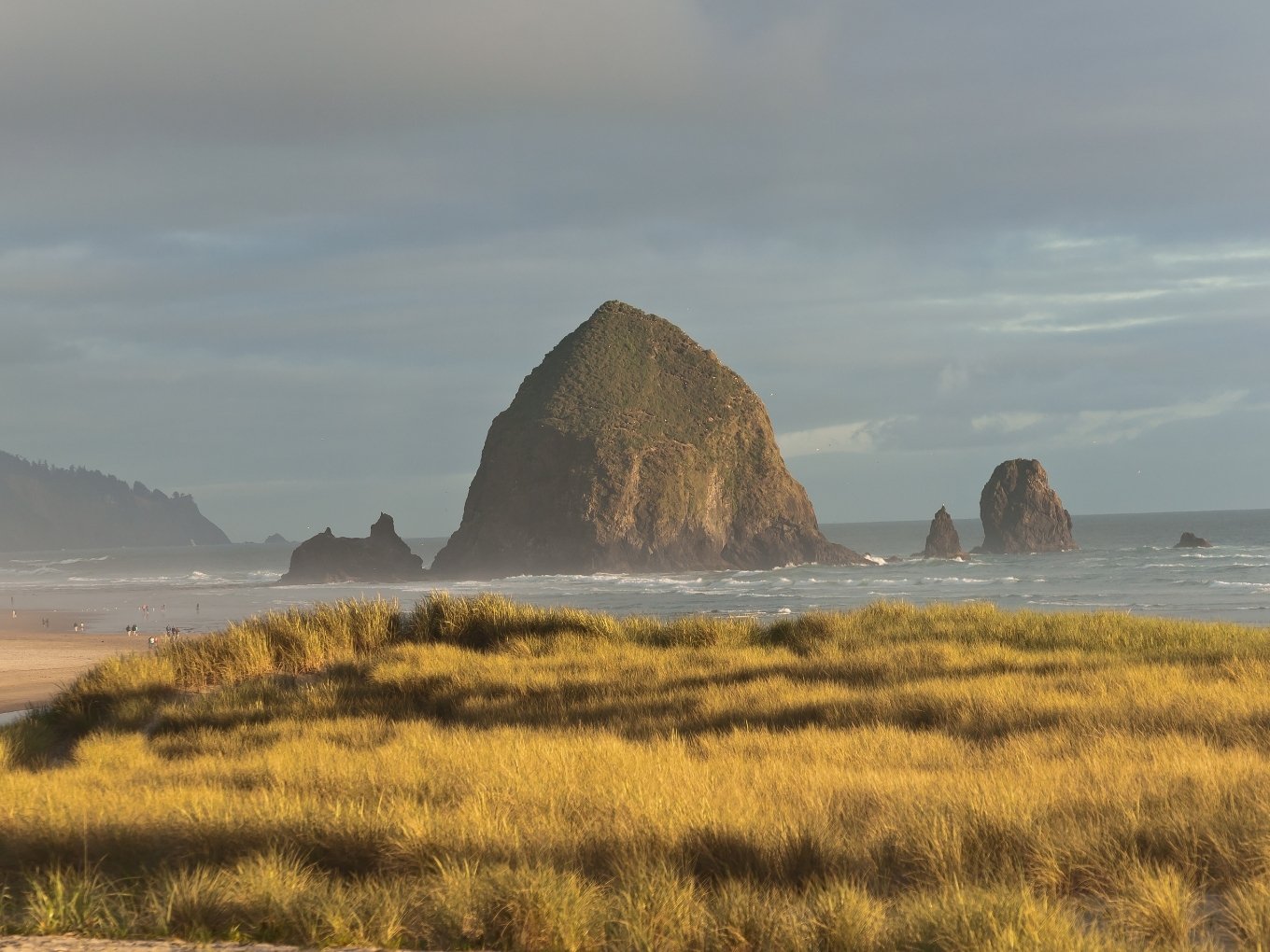 Cannon Beach, located just 90 miles from Portland, about one and half hours drive, is a perfect day-trip destination from Portland. So you could either drive back to Portland or stay overnight at one of the beachside resorts and bread and breakfasts in Cannon Beach with spectacular views of the pacific coast and beach access.

Resorts & Hotels Near Haystack Rock: There’re several lodging options in the town of Cannon Beach, ranging from luxury resorts to locally owned bread and breakfasts. I, however, recommend staying in one of the oceanfront properties with gorgeous views of the coast and Haystack Rock. Here’re my top picks for resorts and hotels near Haystack Rock in Cannon Beach.

Restaurants Near Haystack Rock: Cannon Beach is a resort town and offers a few great dining options, including oceanfront casual and fine dining, locally owned and chain restaurants, and several cafes and joints offering quick bites. Here’re my top picks for restaurants near Haystack Rock – The Wayfarer Restaurant and Lounge for seafood and great views, Pelican Brewing casual dining and patio seating, and Newmans at 988 for fine dining. 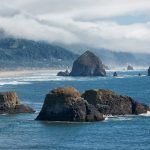 I hope you enjoyed reading the post, The Ultimate Guide To Haystack Rock, and I hope this will help you plan your trip to the Haystack Rock! You can find other Oregon attractions in my Oregon Travel Guide.