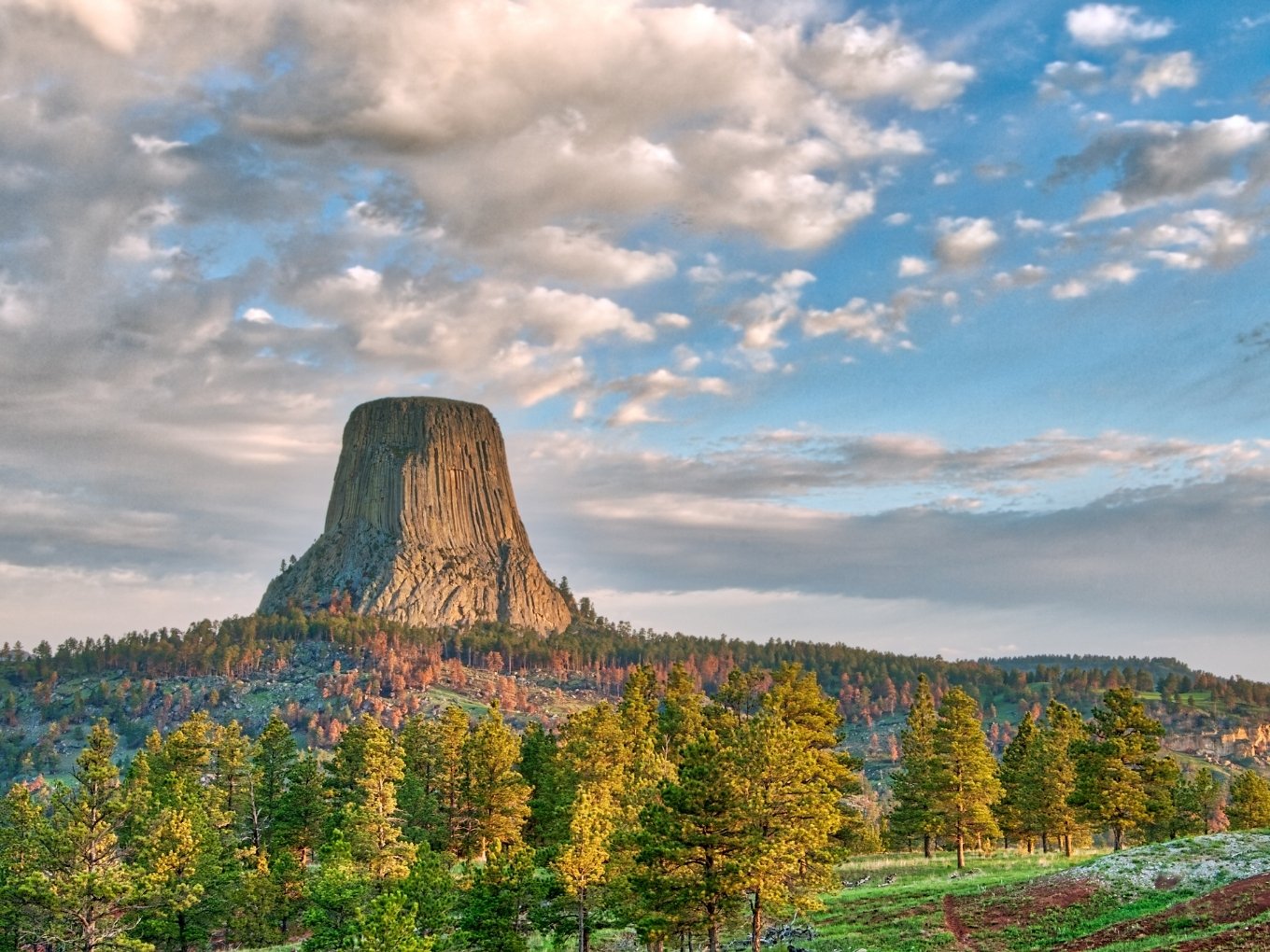 Devils Tower, a bluff standing alone amidst the lowlands with a flat top and steep columnar sides, is a remarkable geological feature composed of igneous rocks!

Devils Tower National Monument, rising 867 feet from its base and 1267 feet above the Belle Fourche River, is the first National Monument in the US! Standing alone in the prairies of Black Hills of Wyoming, Devils Tower is a unique rock formation jutting out of the ground, with steep reeded sides and a flat top. The enticing rock formation, with its columnar sides, is also a prevalent rock climbing destination in the US!

Though it’s commonly agreed that Devils Tower is composed of igneous rocks, but there’re several theories about how the magma rose several hundred feet above the ground and got its peculiar stump shape. Some geologists suggest that Devils Tower is an igneous intrusion, lava forced through the cracks on the earth’s crust that rapidly cooled. Some scientists suggest that it was formed under the ground then later pushed up due to geological upheaval, and others believe it’s a volcanic plug, the neck of an extinct volcano.

The unique structure, several scientific theories, and the native legends make Devils Tower one of the most supremely interesting landmarks in the US!

Devils Tower is a sacred place for the Native Americans and takes center stage in several legends. One of the famous legends describes the formation of the Devils Tower as God’s answer to the prayers of seven young girls trapped by bears. As they prayed to be rescued, the land began to rise, and the angry bears scratched the sides of the bluff, leaving their claw marks on the surface. 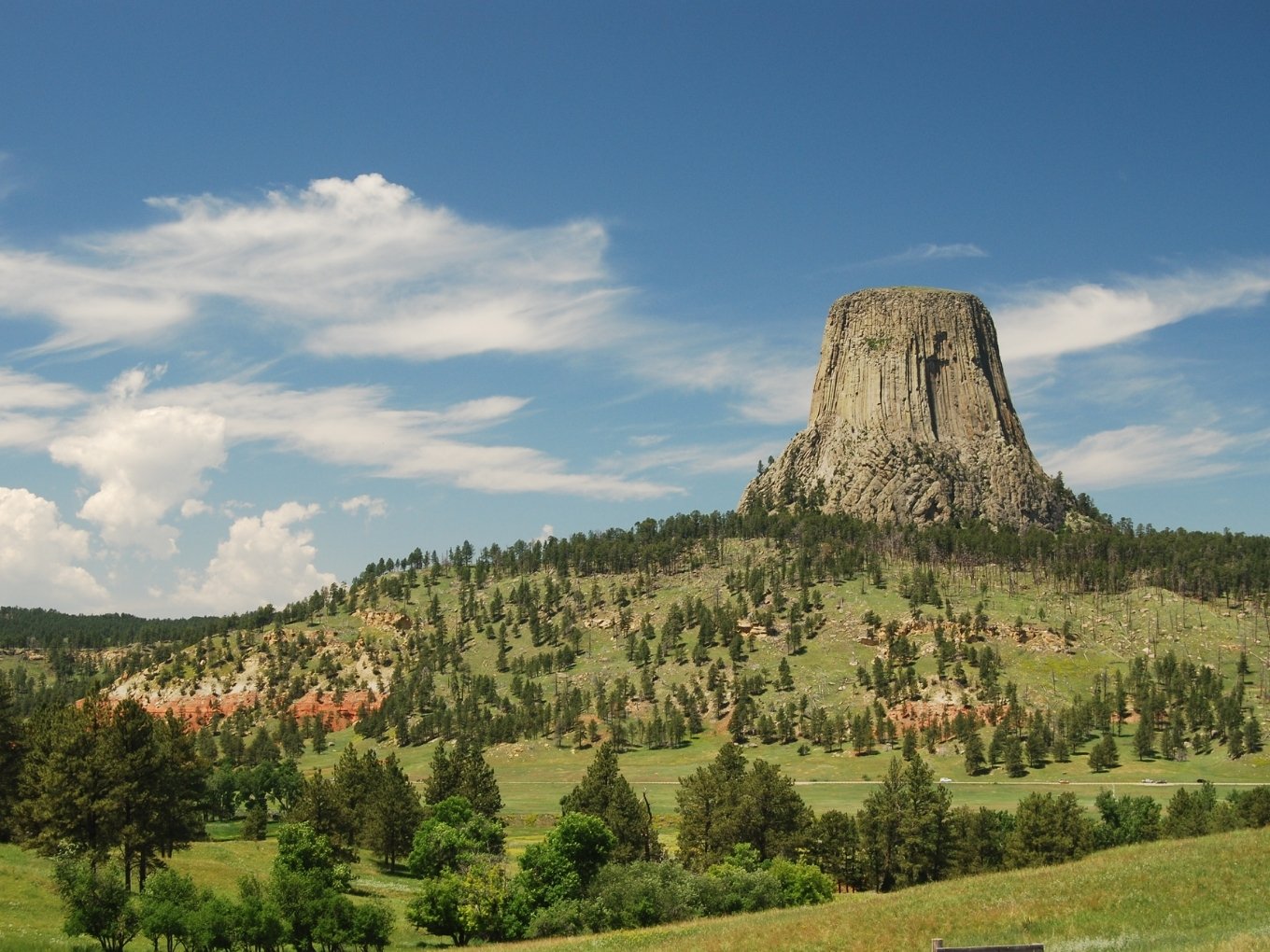 While Summer is the peak season, the shoulder seasons of Spring and Fall are a great choice to beat the crowd at Devils Tower National Monument!

Best Time To Visit Devils Tower National Monument: While Devils Tower National Monument is open year-round, the Park’s busiest months are June through August. Though summer is the peak season, if you don’t mind a little cooler weather, the shoulder months, Spring and Fall, are a great choice to beat the crowds in the Park. Winters are generally cold and snowy and hence have the lowest visitation. If you’re planning to climb the Devils Tower, you might want to avoid the month of June, as there’s a voluntary climbing closure in effect to respect the cultural beliefs and ceremonies performed by the Native American tribes throughout the month of June.

Time Required At Devils Tower National Monument: While an hour is sufficient to see the Devils Tower Monument by hiking the Tower Trail, I recommend spending half a day at Devils Tower, spending some time in the Visitor Center learning about the geology and native legends, leisurely exploring the monument, and hiking a couple of trails in the Park.

Parking & Transportation In Devils Tower National Monument: There’re three parking lots at Devils Tower, the Visitor Center Lot, the Picnic Area Lot, and the Joyner Ridge Trailhead Parking, which is a bit further away from the monument. Even with the parking lots, it can become challenging to find parking in Devils Tower during the summer months. So if you’re going in the months of June through August, considering getting an early start. The Park is small, and the monument is quite accessible, so there’s no shuttle or other means of transportation inside the Park.

Lodging Near Devils Tower National Monument: The lodging option inside the monument is limited to its only seasonal campground, Belle Fourche River Campground. However, you will find a few locally owned bread and breakfast outside the Park and in the nearby town of Hulett.

Things To Do In Devils Tower National Monument 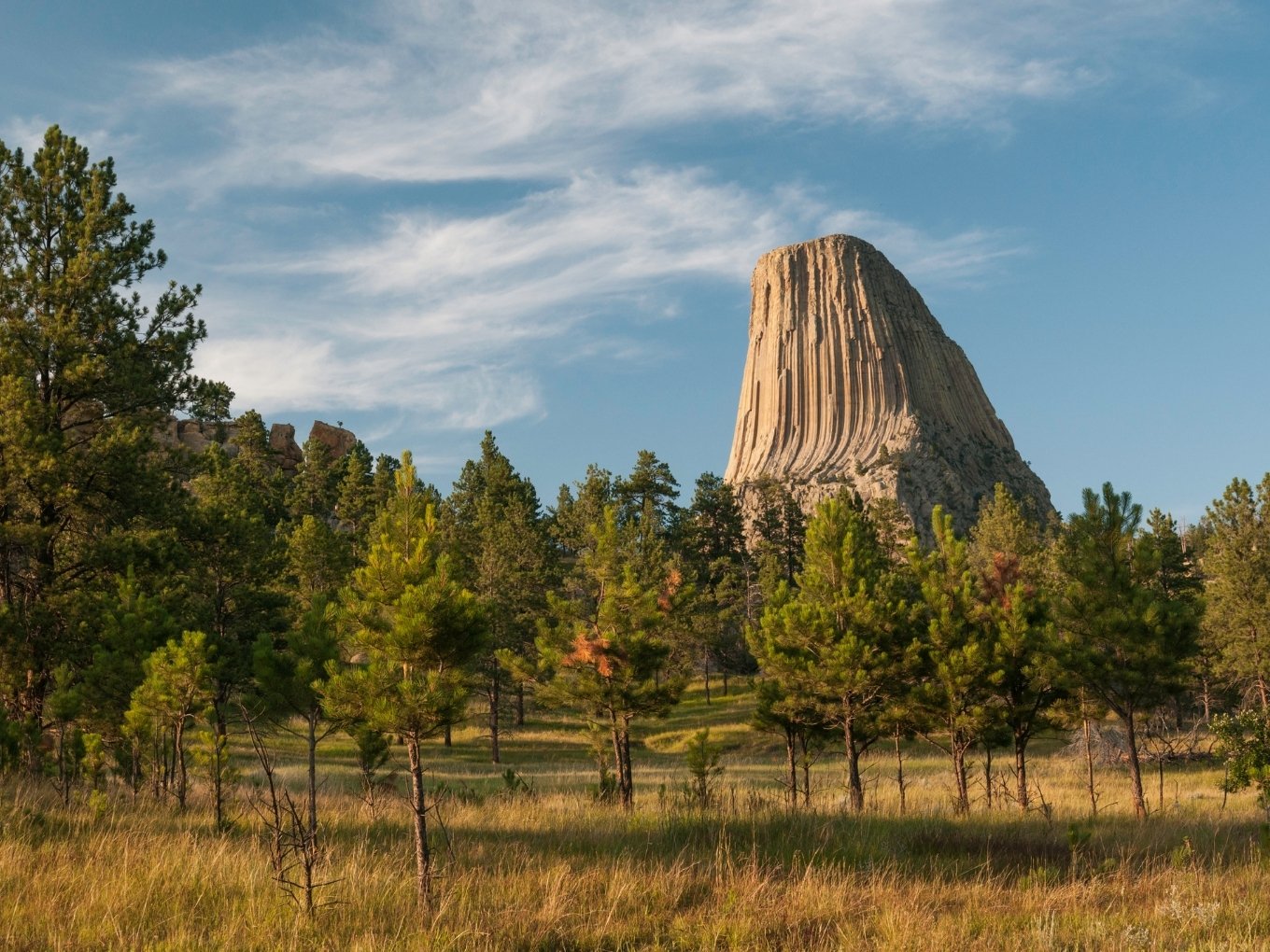 Learn about the geology and native legends at the visitor center, and hike the trails marveling at the looming Devils Tower!

You don’t need a lot of time to explore Devils Tower! If you’re really pressed for time, stop by the visitor center and hike the Tower Trail, but if you have time, there’s a ton of things to do at Devils Tower National Monument, including longer hikes, ranger programs, rock climbing, and stargazing.

Hiking In Devils Tower National Monument: There’re five trails in Devils Tower, two circling the monument and three offering valley landscapes and distant views of the Devils Tower. Though every trail offers excellent views, if you’re pressed for time, you should stick to the Tower Trail or the Red Beds hikes.

Stargazing In Devils Tower National Monument: Due to its remote location, Devils Tower offers a dark sky away from the city’s light pollution, making it a popular stargazing destination among the locals and visitors alike. You could enjoy the night sky from any trails, parking lots, or campground. However, if you’re in Devils Tower during the summer months, the best way to experience the night sky is by joining a ranger-led Night Sky Program offered by the Park. 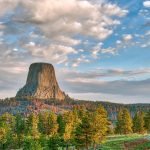