The Ultimate Guide To Dallas

The Ultimate Guide To Dallas 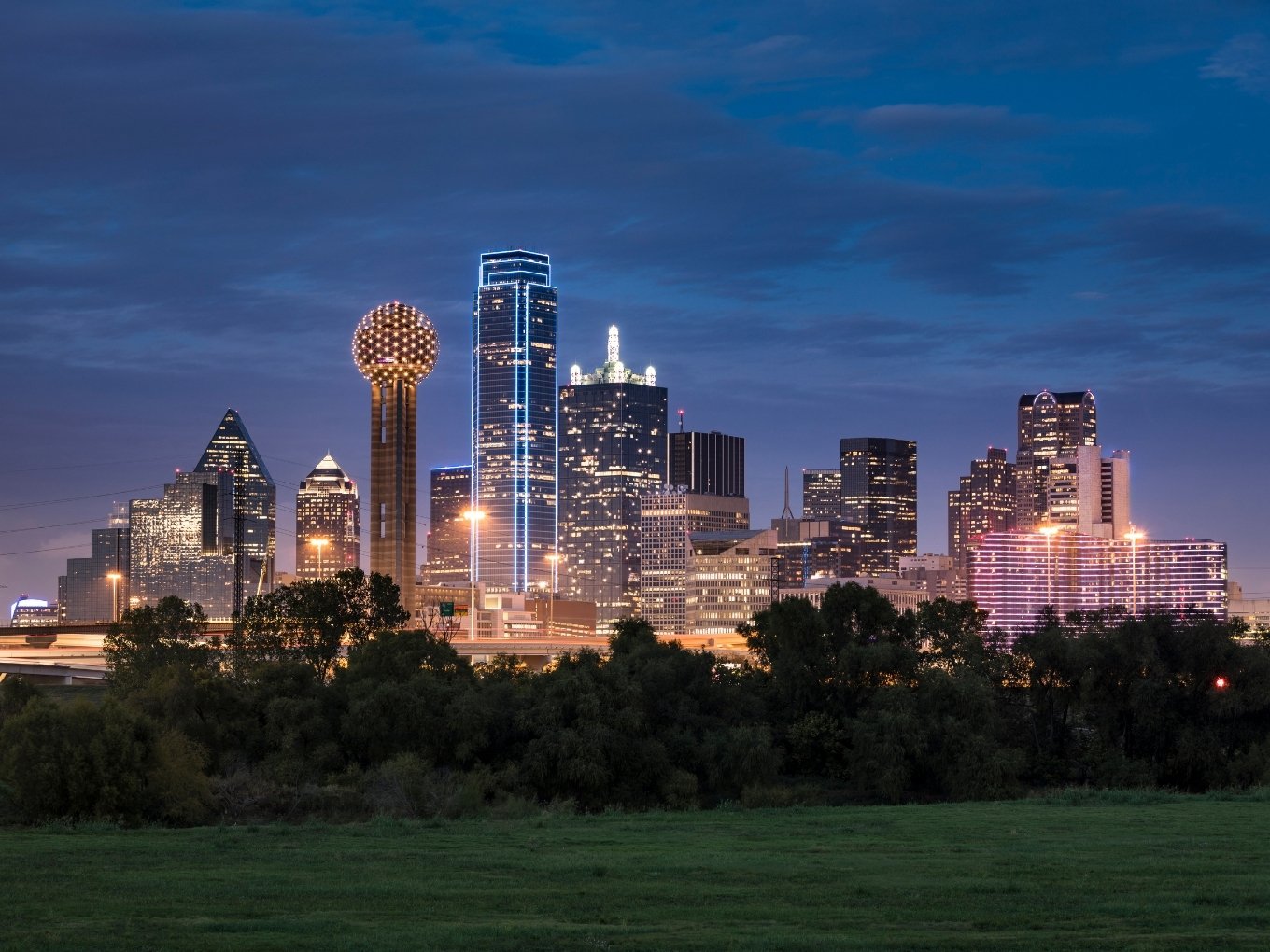 Dallas, a sprawling metropolis with a myriad of cityscapes and cultures!

Located in Northeast Texas, Dallas is one of the largest and most populous cities in the US and a significant commercial hub that’s home to several major industries, including transportation, telecommunication, defense, banking, oil, airlines, and several others. However, besides the major enterprises, Dallas is also popularly known for its southern charm and a culturally diverse city offering several entertainment options, including several skyscrapers, museums, parks, gardens, shopping malls, and vibrant neighborhoods.

The initial growth in Dallas was due to the major railroads and interstates that passed through the city, making it a prime transportation hub. Soon came several modern industries that continue to grow Dallas as a cosmopolitan city, attracting people of different religions and ethnicity. As a result, the city of Dallas today is a melting pot of several cultures and communities and home to several neighborhoods, historic districts, and museums preserving the city’s rich history.

The city of Dallas continues to charm its residents and lure visitors through its modern-day architectures, sports venues, world-class museums, some of the best shopping malls of the Nation, the famous Dallas Zoo, many public parks, and several cuisines and incredible culinary experiences. The city life after the sunset is equally fascinating in Dallas, with several live music venues, rooftop bars, evening sightseeing tours, and several nightclubs. Though you might not find many natural sceneries and wonders in Dallas, the Big D’s cityscapes and several attractions make it a must-see in Texas!

Planning Your Trip To Dallas 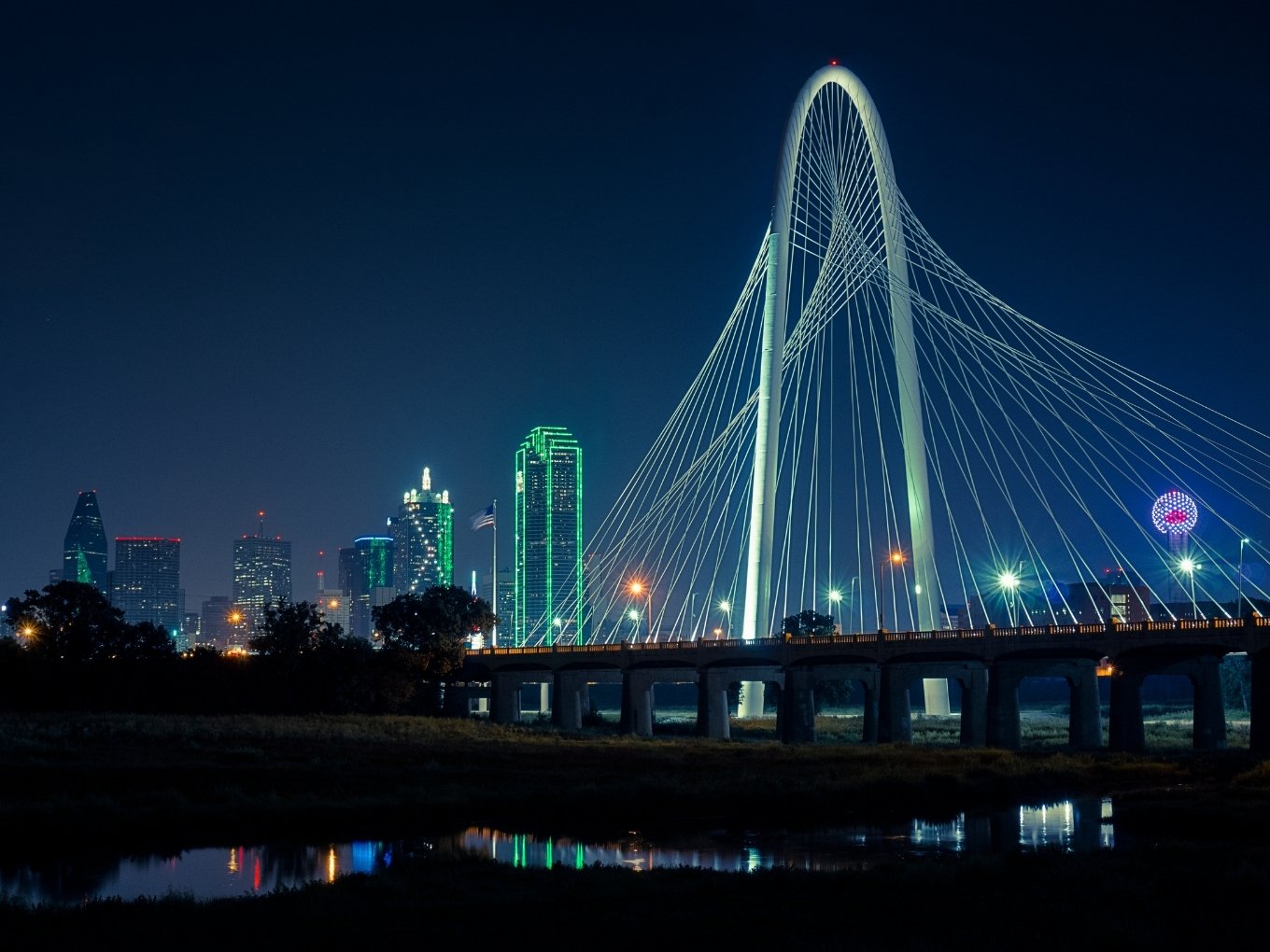 Directly flying into Dallas-Fort Worth international airport and staying close to downtown Dallas is the best way to explore the city!

Time Required At Dallas: With so much to see and do in Dallas, I recommend spending a minimum of two days to see the city’s major highlights. However, if you have more time, you could spend an entire week exploring every museum, several districts, eclectic neighborhoods, enjoy the Dallas nightlife, and of course, indulge in some of the best cuisines and restaurants in Dallas.

Getting To Dallas: The best and most comfortable way to get to Dallas is by flying into Dallas/Fort Worth International Airport, located very close to downtown Dallas. Alternatively, you could also take an Amtrak train or a Greyhound bus to Dallas.

Parking & Transportation In Dallas: Most hotels and attractions in Dallas have ample parking, and there are quite a few public parking lots in the downtown area. Though DART, Dallas Area Rapid Transit, offers bus and light rail services in Dallas, it’s a good idea to rent a car when visiting Dallas. However, be prepared for heavy traffic during the rush hours, especially on the weekdays.

Tours & Multi-Attraction Passes In Dallas: If you’re visiting Dallas or any other city in the US for the first time, I highly recommend using a hop-on-hop-off tour service and buying a discounted multi-attraction pass from CityPASS. There’re a few local tour companies that offer guided bus tours in Dallas, including Bid D Fun Tours, Dallas Super Tours, and Fun Dallas Tours.

Lodging & Dining In Dallas: Dallas is bustling with several hotels ranging from boutique hotels to bread and breakfasts located close to downtown offering easy access to several attractions. The dining options in Dallas can be overwhelming, with several different cuisines and restaurants ranging from fine dining to casual dining. However, you must try a few popular Dallas dishes, including barbecue, gourmet Mexican food, fried chicken steak, and pecan pie when visiting the town. I have reviewed the lodging and dining options in Dallas in detail in the later section of this post.

Things To Do In Dallas 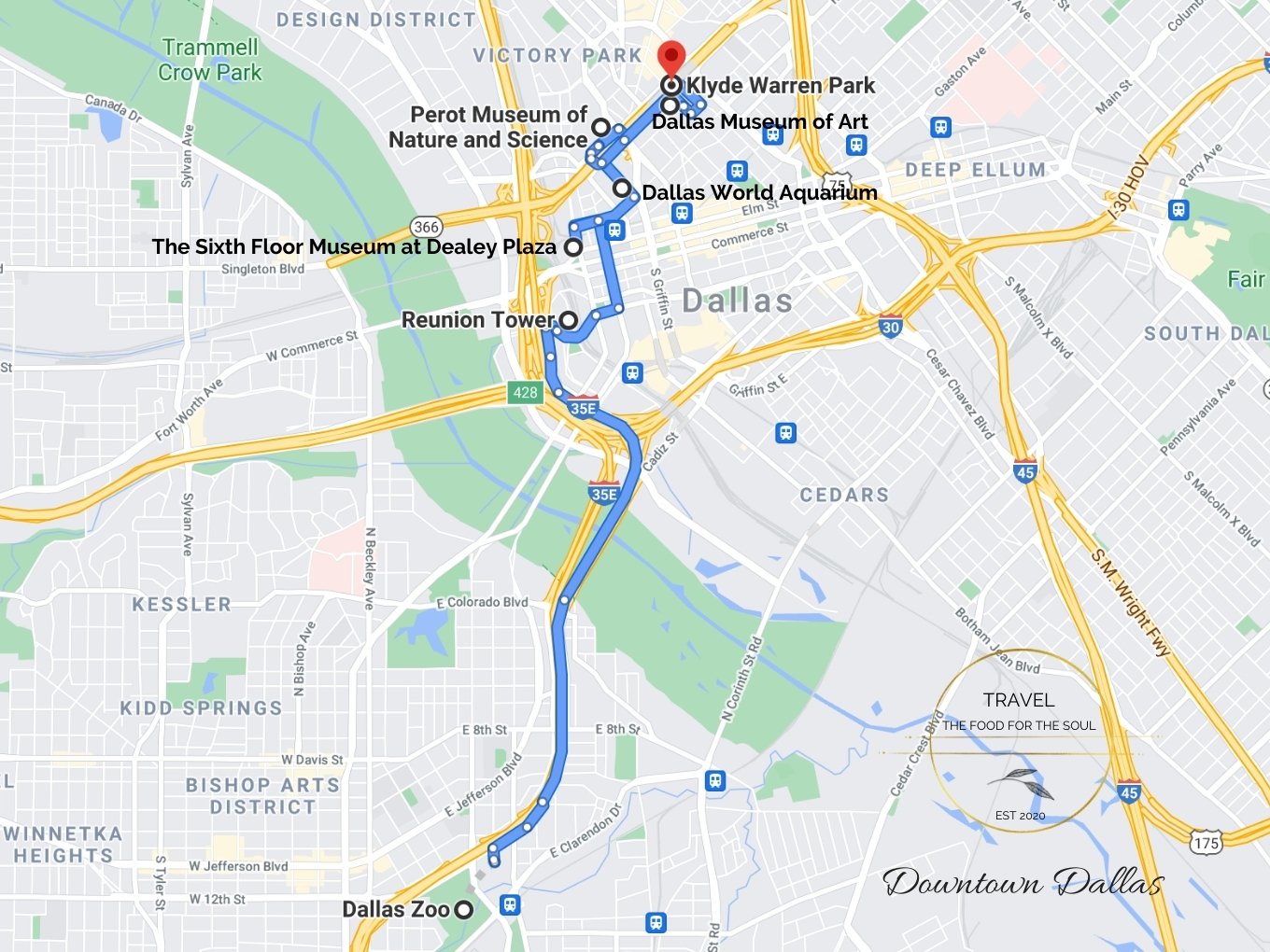 Here’re the must-see places on a trip to Dallas, listed south to north! 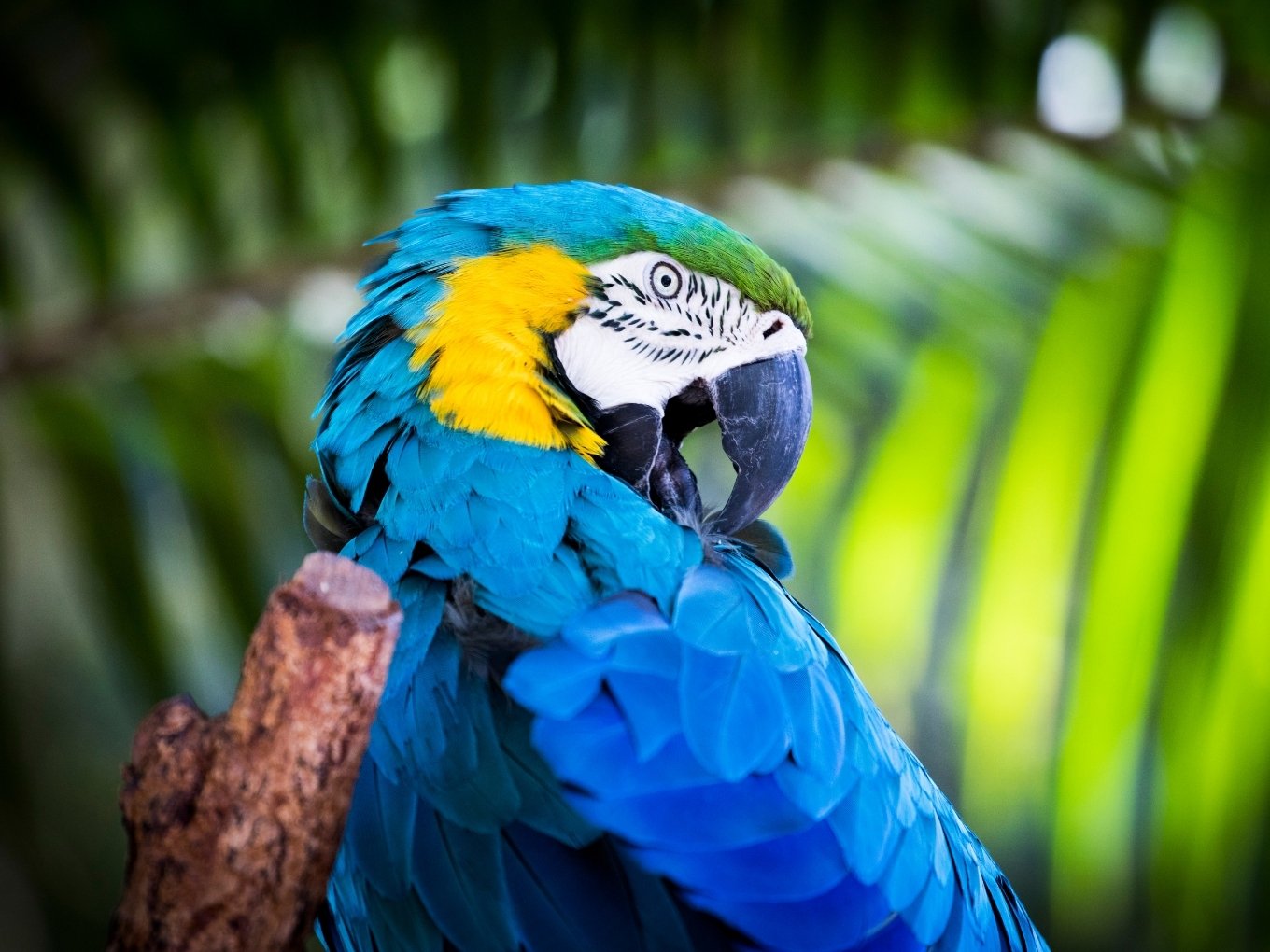 The Dallas Zoo, built in the year 1888, is one of the oldest zoos in the US. The zoo is enormous, featuring several species of animals organized in sections, including Giants of the Savanna, the Otter Outpost, the excellent Wildlife Amphitheater with its displays of birds in flight, and my favorite, the Wilds of Africa Adventure Safari monorail.

The Reunion Tower, a very prominent spherical structure looming along with the other skyscrapers in downtown Dallas, is a 560 feet tall observation tower. Reunion Tower offers some of the best views of the Dallas skyline, features a restaurant, and hosts several events. 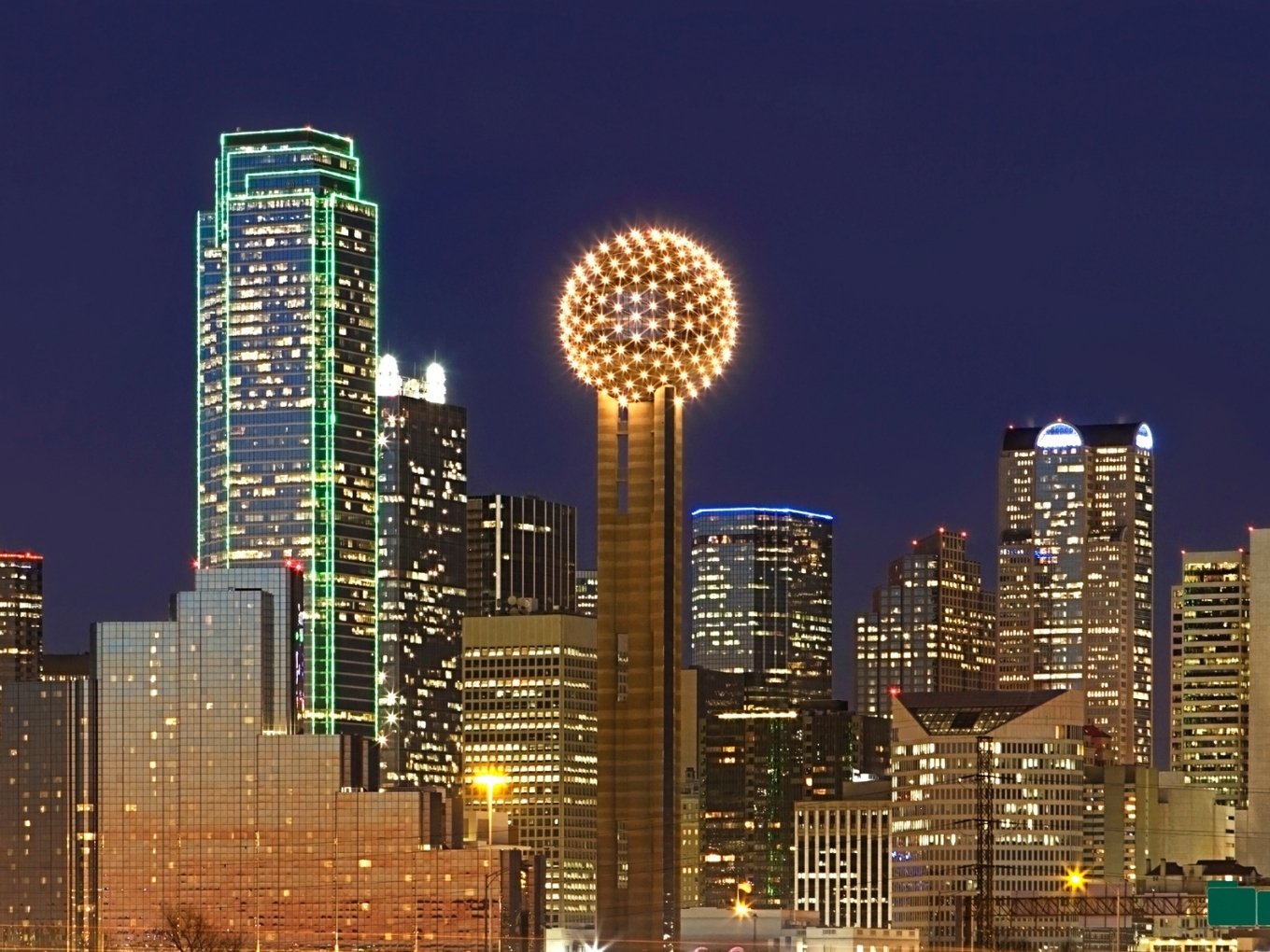 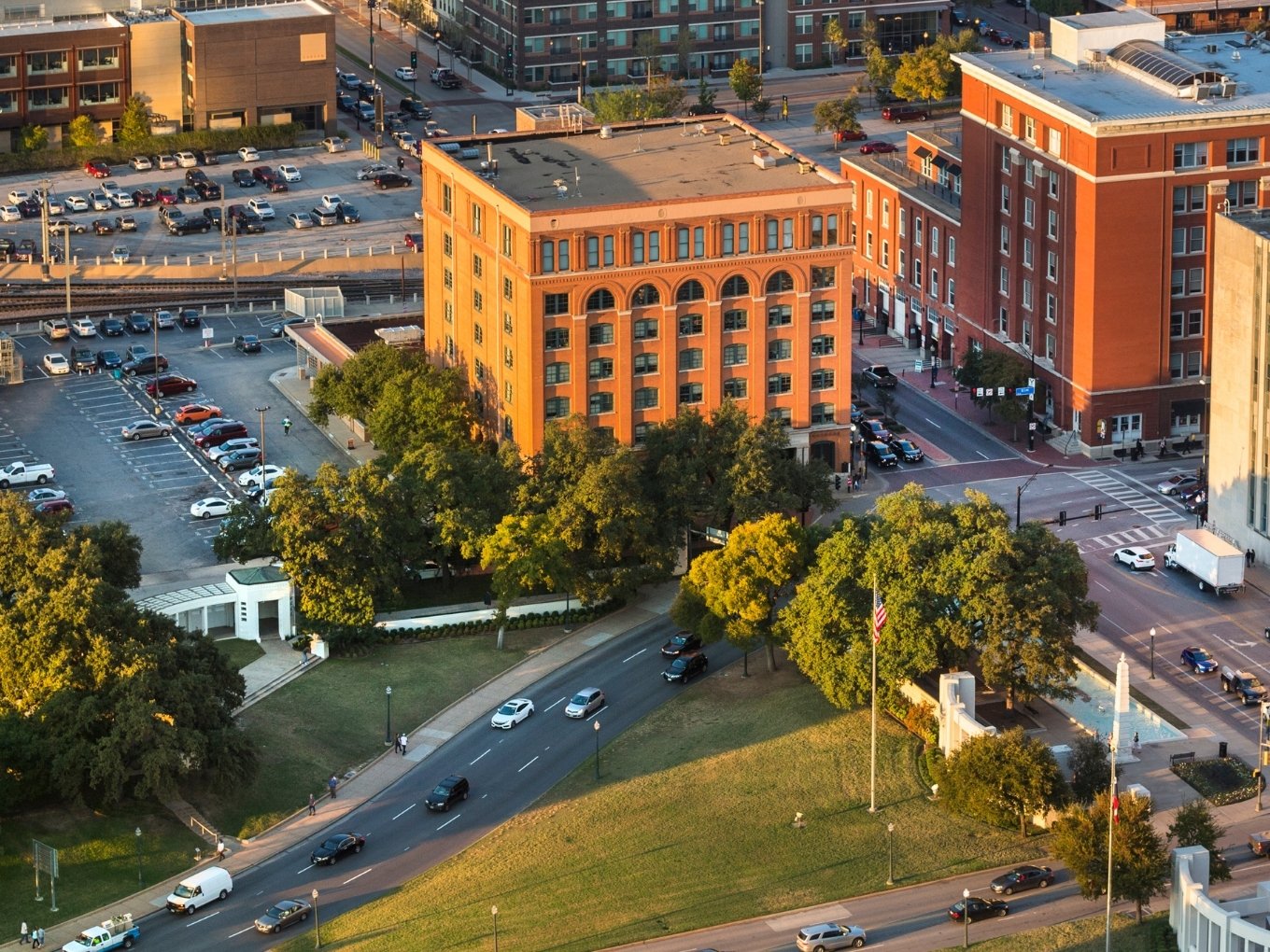 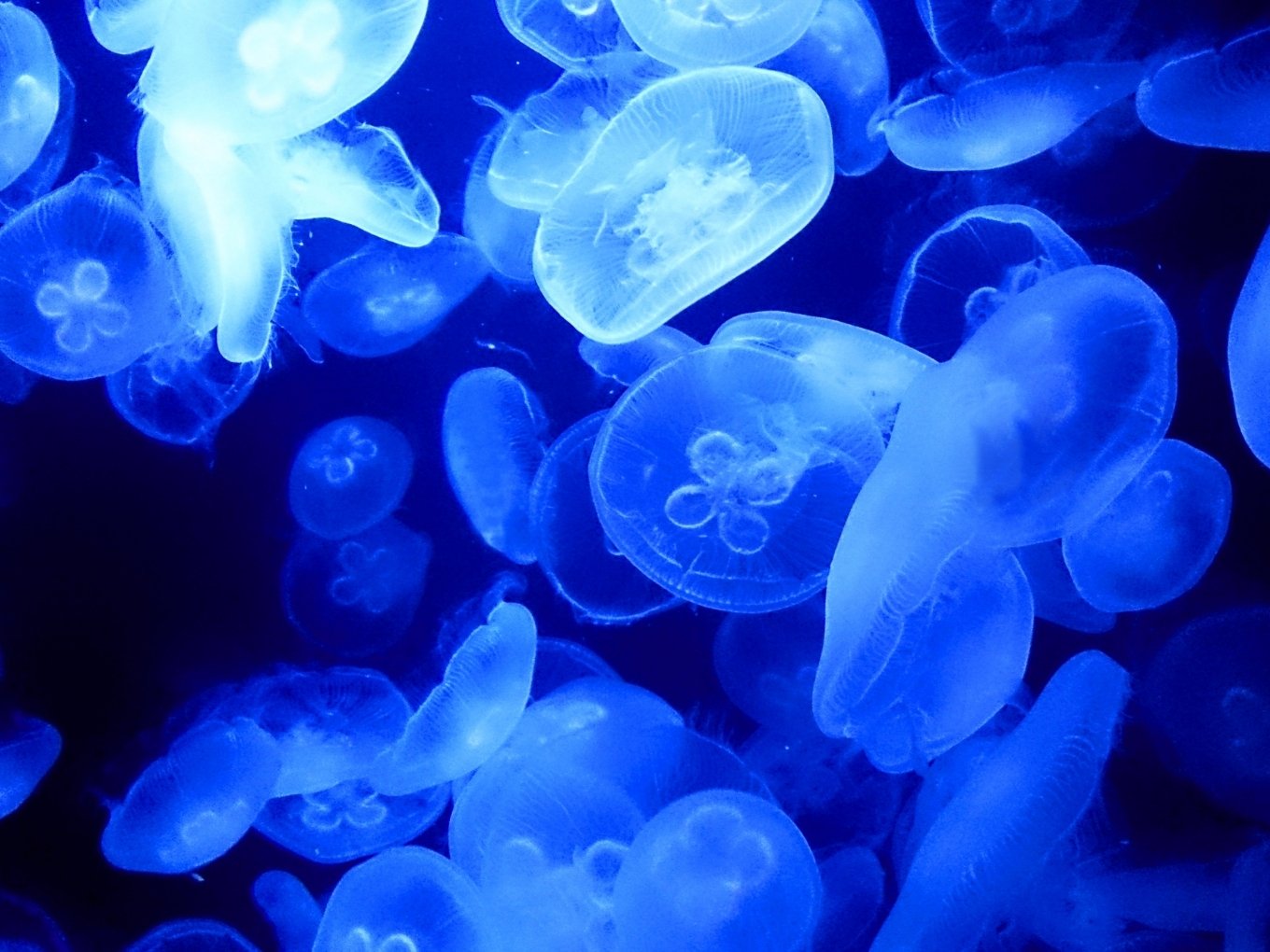 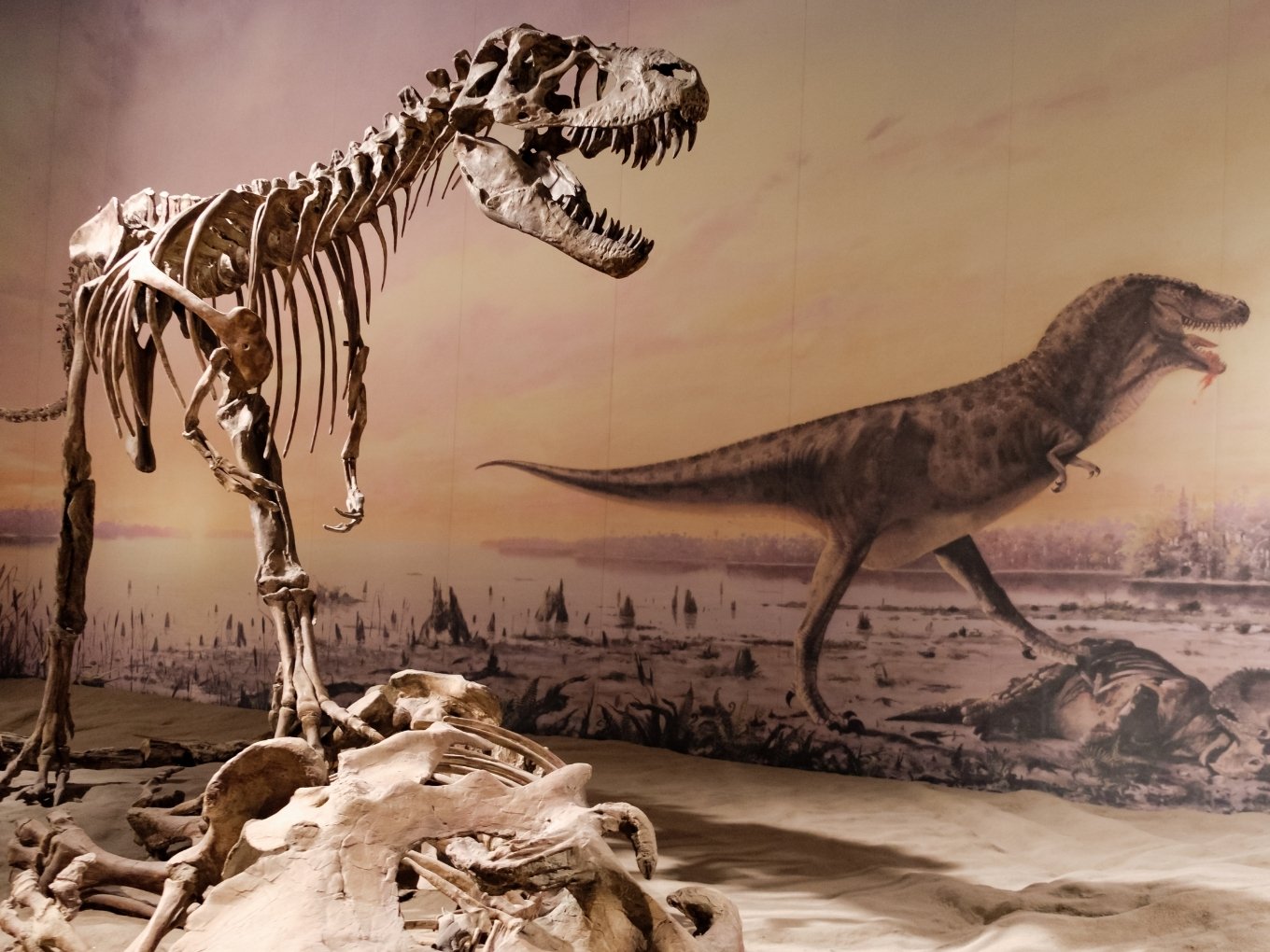 Perot Museum of Nature and Science

The Perot Museum of Nature and Science is a science and nature museum featuring several exhibits pertaining to earth sciences and the technical, scientific, and industrial achievements of modern times. The museum also features a 3D theater and is a fun place for kids and grownups alike. 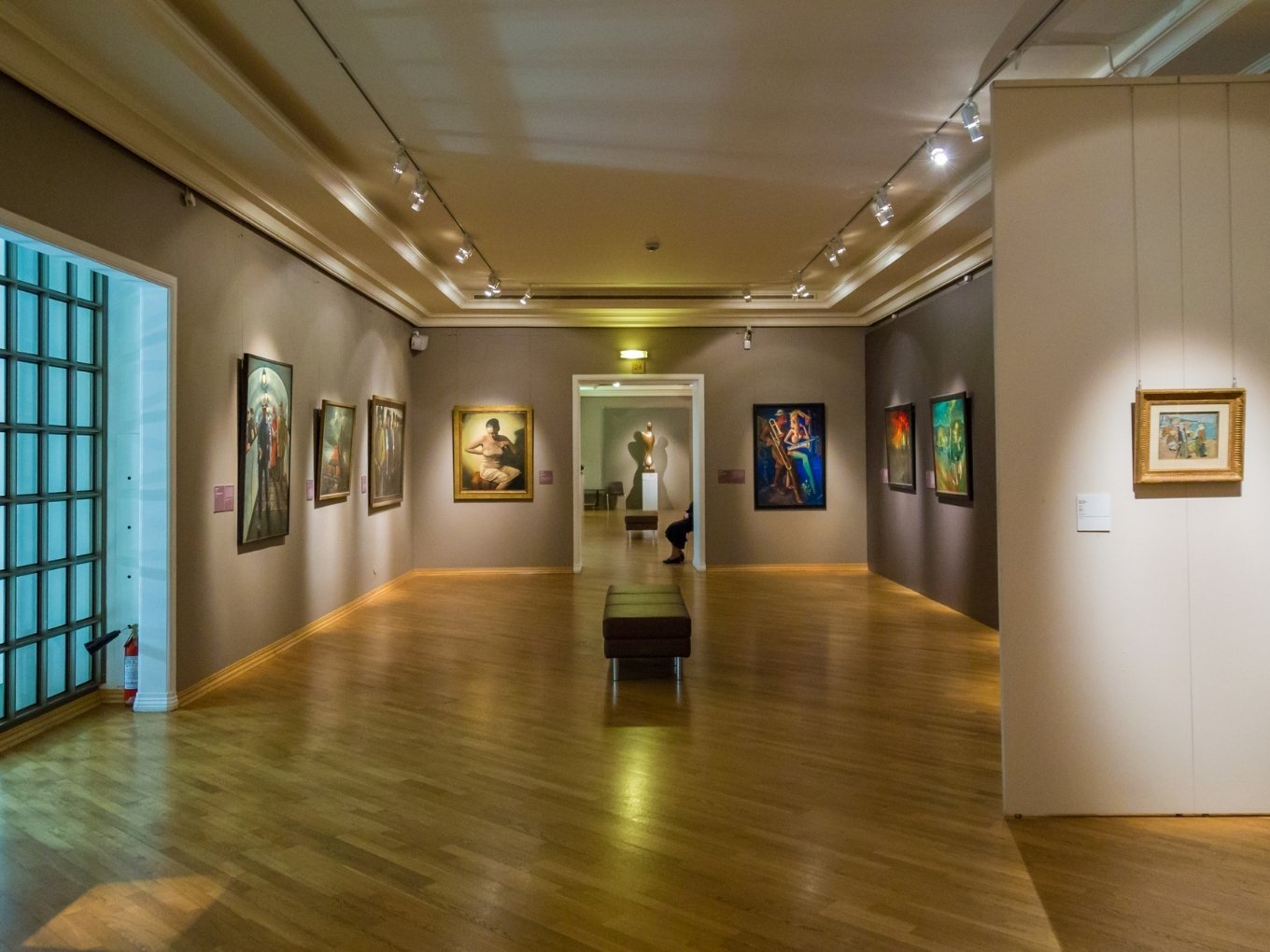 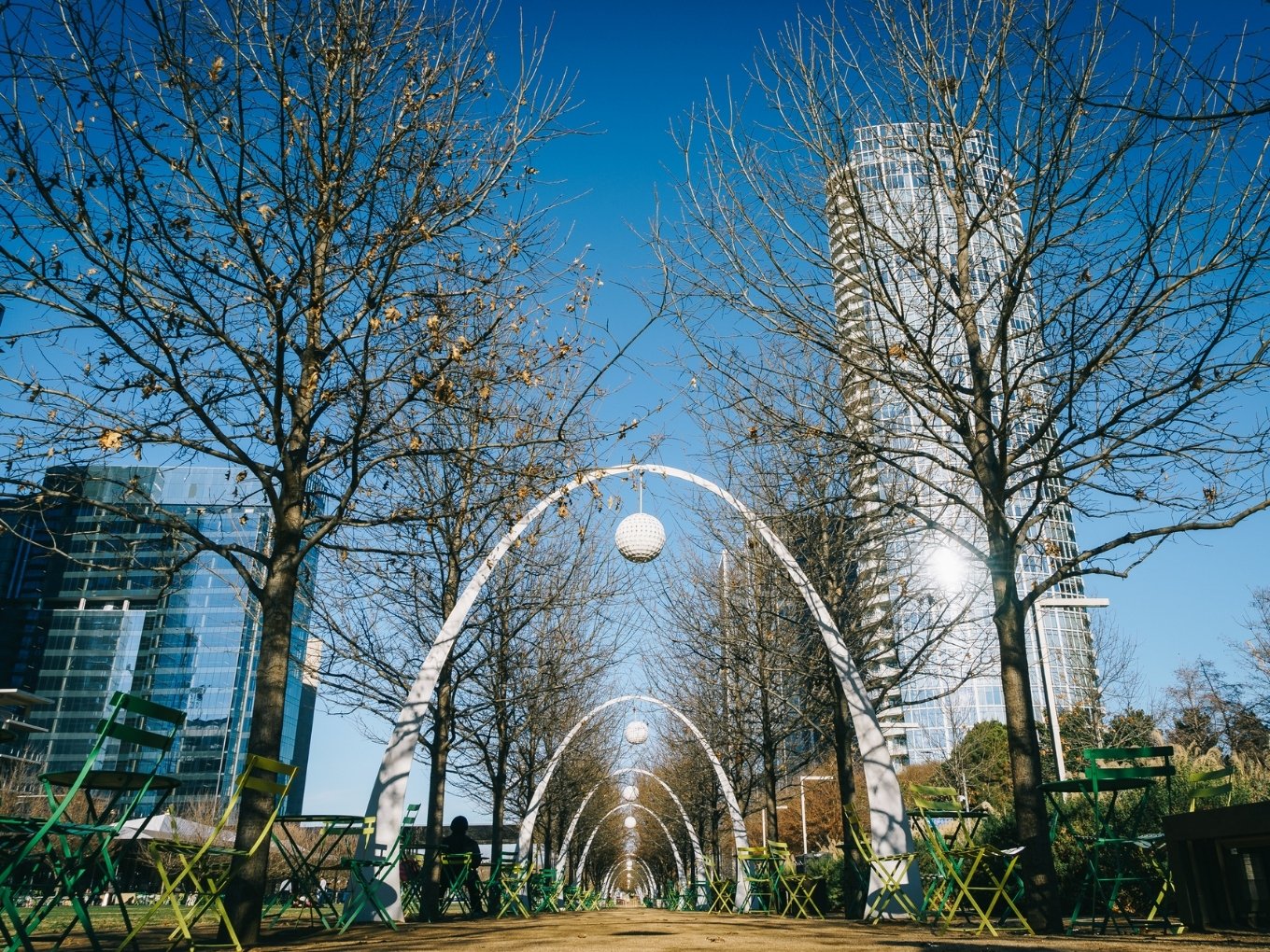 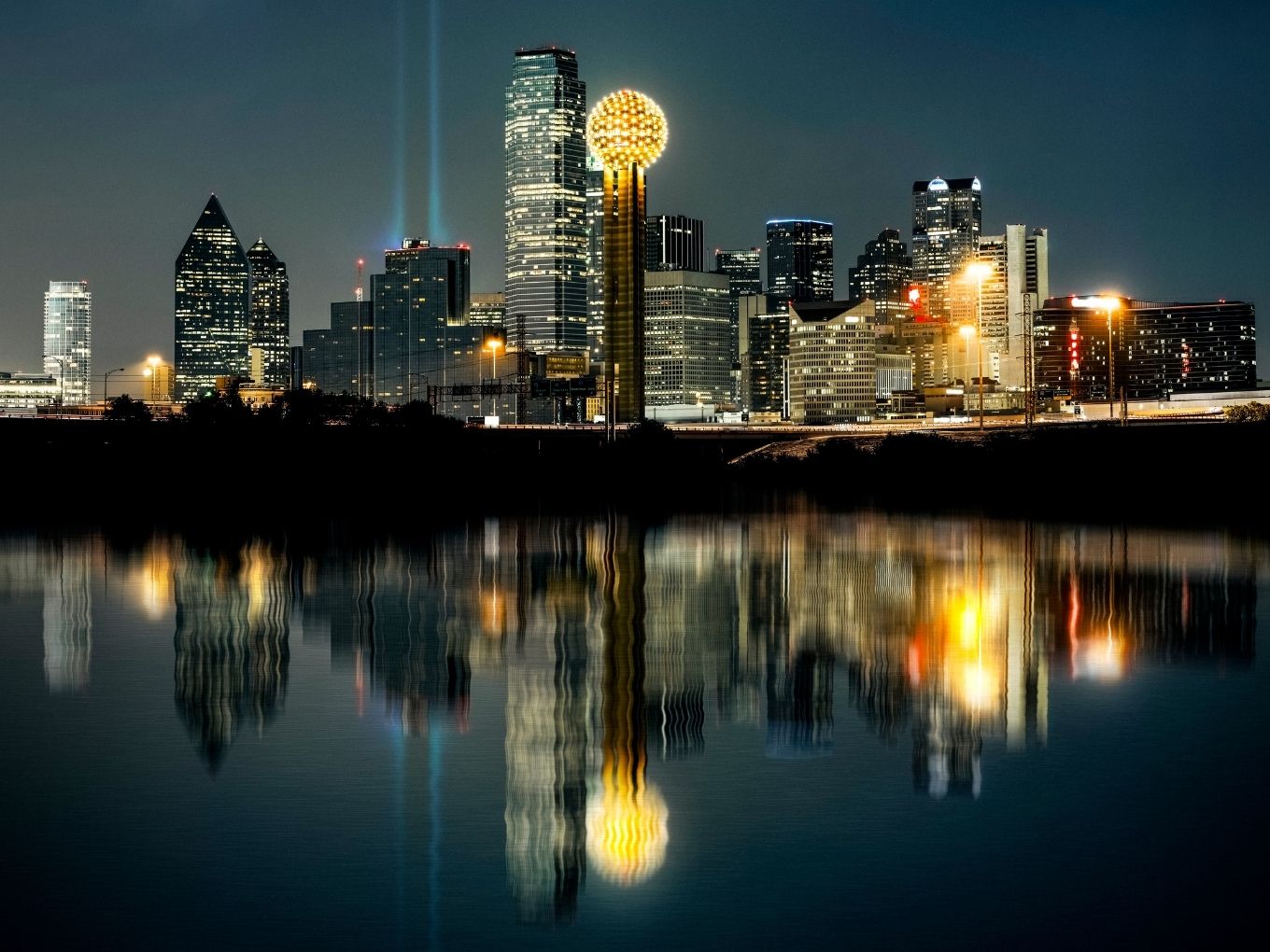 Home to several shopping malls and districts, Dallas is a popular shopping destination in Texas for locals and visitors alike!

Nightlife In Dallas: The nightlife in Dallas is equally fascinating, and I just don’t mean clubs and pubs. You will find several families and kid-friendly things to do in Dallas at night, including live performances, amazing dinner shows, and evening city tours. When it comes to nightclubs and pubs, the Big D has several options, including rooftop bars, live music venues, and lounges. Here’re some of the most popular nightclubs and lounges in Dallas – Gallery Rooftop Lounge, Midnight Rambler, Inwood Tavern, and Opening Bell Coffee.

I recommend staying close to downtown Dallas for easy access to the several attractions and an authentic Dallas experience!

Hotels In Dallas: Staying in downtown Dallas has several upsides, including easy access to several attractions and the liberty to enjoy late-night shows and nightlife. There’re several hotels in downtown Dallas, ranging from boutique hotels to bread and breakfasts. Here’re are my top picks for hotels in and near downtown Dallas.

Restaurants In Dallas: The dining options in Dallas can be overwhelming, ranging from fine dining to food trucks serving various cuisines, including Southern delicacies, Tex-Mex, Mediterranean food, and Indian cuisine. You are likely to find every cuisine in Dallas! There’re so many eateries in every street of the town it’s impossible to try them all and pick one over the other. However, here’re a few dishes and joints you must try when in Dallas – barbecue in Lockhart Smokehouse BBQ or Pecan Lodge, steak in Pappas Bros. Steakhouse or Perry’s Steakhouse & Grille, and authentic Mexican Food at Meso Maya Comida y Copas or Pappasito’s Cantina. 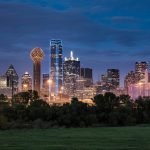 I hope you enjoyed reading the post, The Ultimate Guide To Dallas, and I hope this will help you plan your trip to Dallas. You can find other Texas attractions in my Texas Travel Guide.