The Ultimate Guide To Columbus

The Ultimate Guide To Columbus 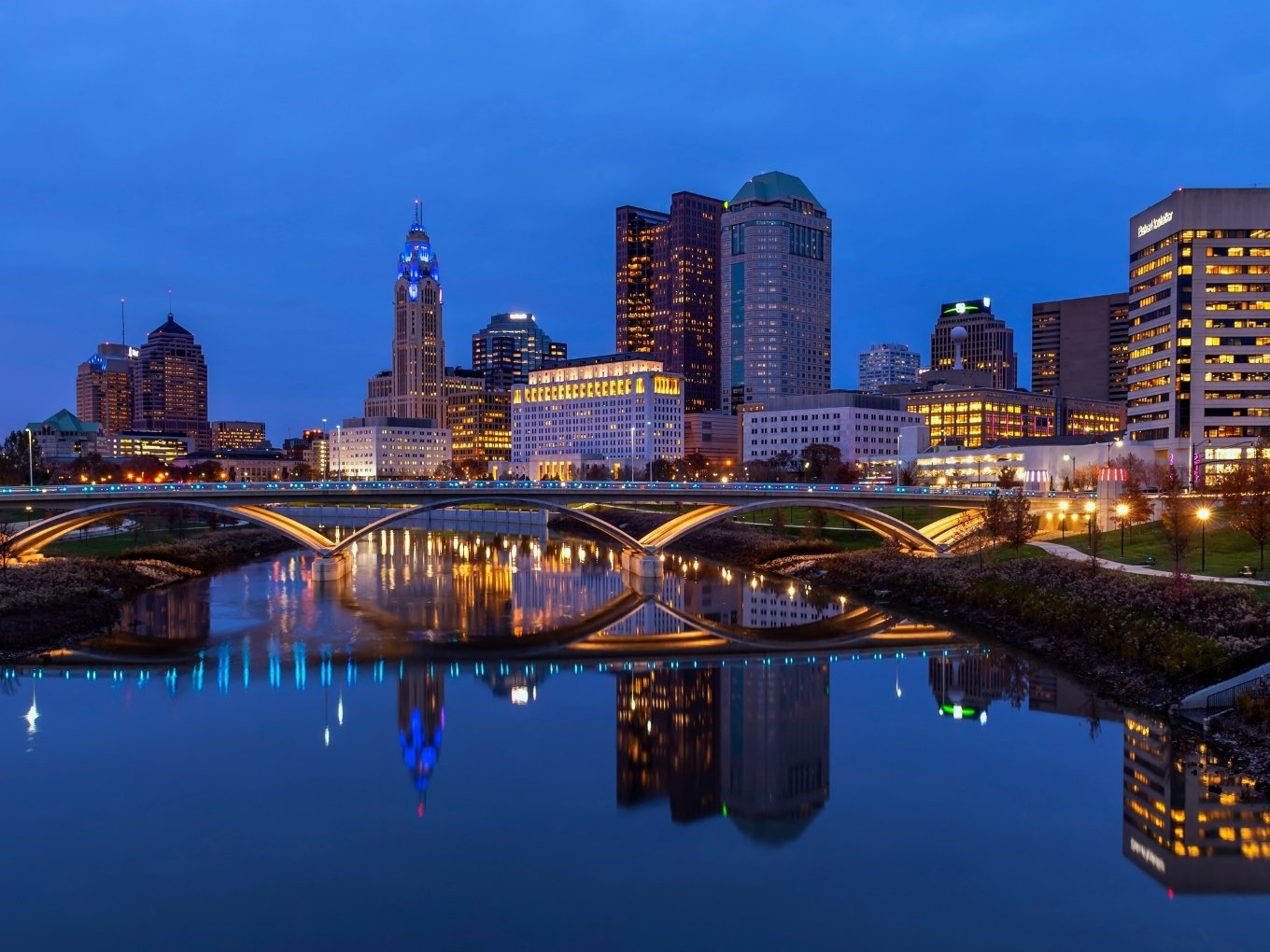 Columbus, a vibrant & culturally diverse city located in the heart of the state of Ohio!

Columbus, a sprawling metropolis of the midwest, with a myriad of cityscapes, entertainment venues, and gateway to a few spectacular parks and museums located on the outskirts of the city!

Columbus, Ohio’s capital city, is also the most populous city in the state and one of the Nation’s fastest-growing cities with several culturally and ethnically diverse neighborhoods. While the city of Columbus features several family-friendly attractions, including a few excellent museums, a lively riverfront, botanical gardens, parks, a zoo, and several shopping districts, Columbus also serves as a gateway to a few great parks and museums located in the neighboring cities – Hocking Hills State Park, The Wilds, National Museum of the US Air Force, and the Ohio State Reformatory.

The city of Columbus, named after the Italian explorer Christopher Columbus, before becoming part of the US, was home to indigenous Indians, followed by the French and European settlers, who often fought to gain control over Columbus, then known as Ohio Country. Before becoming part of the US and the city of Columbus, Ohio Country was under the British Empire and was ceded to the US after the American Revolutionary War. The National railroad and the Erie Canal sparked the initial economic growth in Columbus, and soon, the city was transformed into a commercial hub and is now home to several leading industries, including manufacturing, education, health, and transportation.

There’s a lot to see and do in Columbus, but not very far from the town are some great attractions of Ohio that you must visit on a trip to Columbus!

Columbus is home to several family-friendly attractions, including the famous Columbus Zoo, Franklin Park Conservatory and Botanical Gardens, the Scioto Mile – a lively waterfront area, Center of Science and Industry, and Columbus Museum of Art. The city also features many entertainment venues, several vibrant nightlife joints, and many shopping districts. However, the city’s proximity to several other popular attractions of Ohio, including Hocking Hills State Park, The Wilds, National Museum of the US Air Force, and the Ohio State Reformatory, make Columbus a popular tourist destination in Ohio and in the midwest!

Planning Your Trip To Columbus 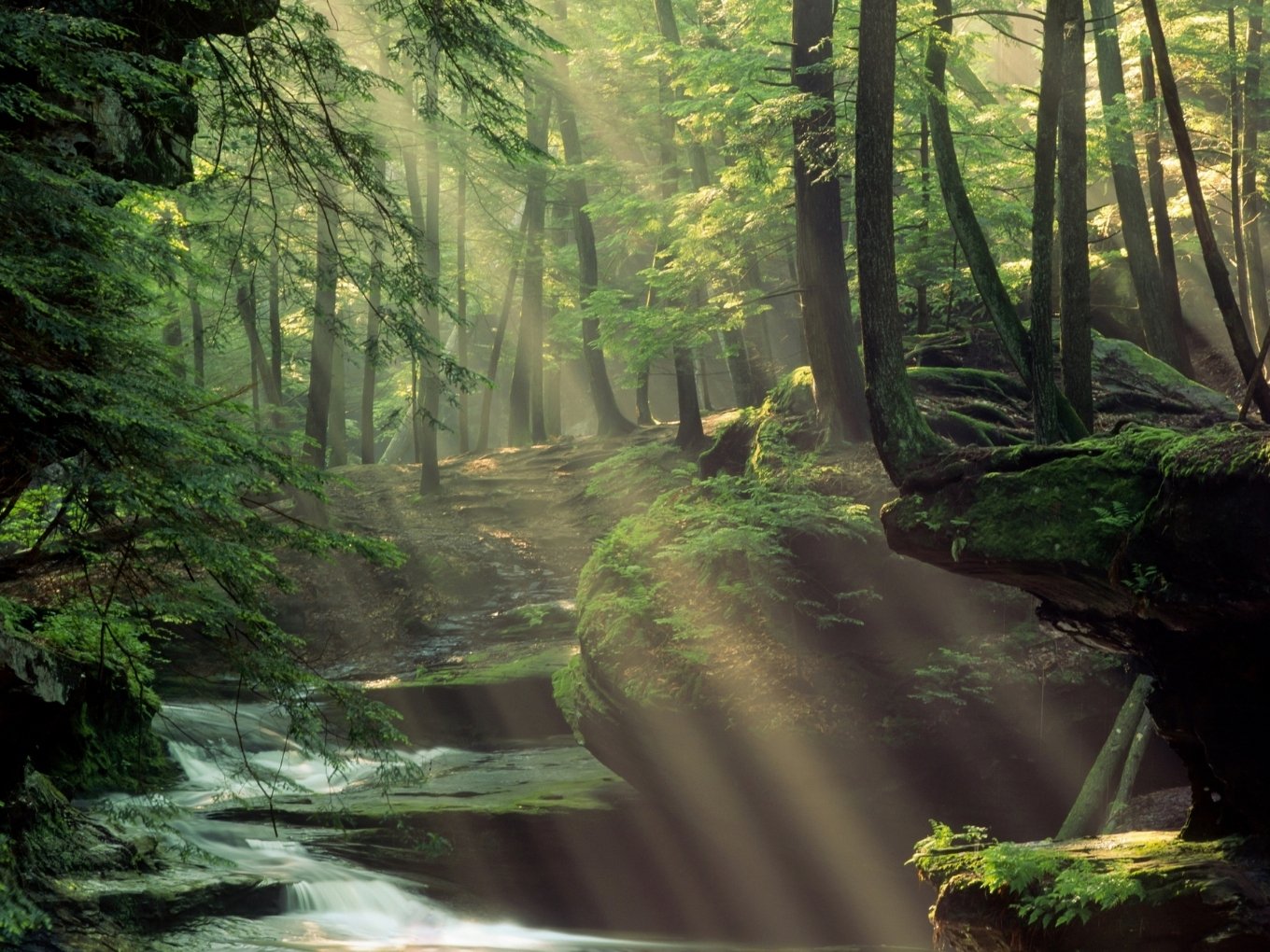 Traveling during the summer and fall months, directly flying into Columbus, and staying close to downtown is the best way to get the most out of your trip to Columbus!

Best Time To Visit Columbus: Summers and fall with warm temperatures are the best time for sightseeing and outdoor activities in Columbus. Winter and early spring are pretty cold and snowy in Columbus and not the best time if you plan on spending time outdoors exploring the city’s waterfront area and several parks. However, late spring has more pleasant temperatures and is a great time to beat the crowd at the popular attractions in Columbus.

Time Required At Columbus: With so much to see and do in Columbus, I recommend spending a minimum of two days to see the city’s major highlights. However, you would need additional time if you’re planning to visit the other popular Ohio attractions located in the neighboring towns of Columbus. Highly sought-after destinations of Ohio like Hocking Hills State Park, The Wilds, National Museum of the US Air Force are located pretty close to Columbus, but each requires almost an entire day.

Getting To Columbus: The best and most comfortable way to get to Columbus is by flying into John Glenn Columbus International Airport, located very close to downtown Columbus. Alternatively, you could also take an Amtrak train to Cincinnati or a Greyhound bus to Columbus.

Parking & Transportation In Columbus: Most hotels and attractions in Columbus have ample parking, and there are quite a few public parking lots in the downtown area. Though COTA, Central Ohio Transit Authority, offers year-round bus services in Columbus, it’s a good idea to rent a car when visiting Columbus, especially if you plan to visit the popular museums and parks located in the neighboring cities.

Lodging & Dining In Columbus: Columbus is bustling with several hotels, especially the downtown area, offering several lodging choices ranging from boutique hotels to bread and breakfasts located close to several attractions. The dining options in Columbus can be overwhelming, with several different cuisines and restaurants ranging from fine dining to casual dining, it becomes challenging to pick one over the other. I have reviewed the lodging and dining options in Columbus in detail in the later section of this post.

Things To Do In Columbus 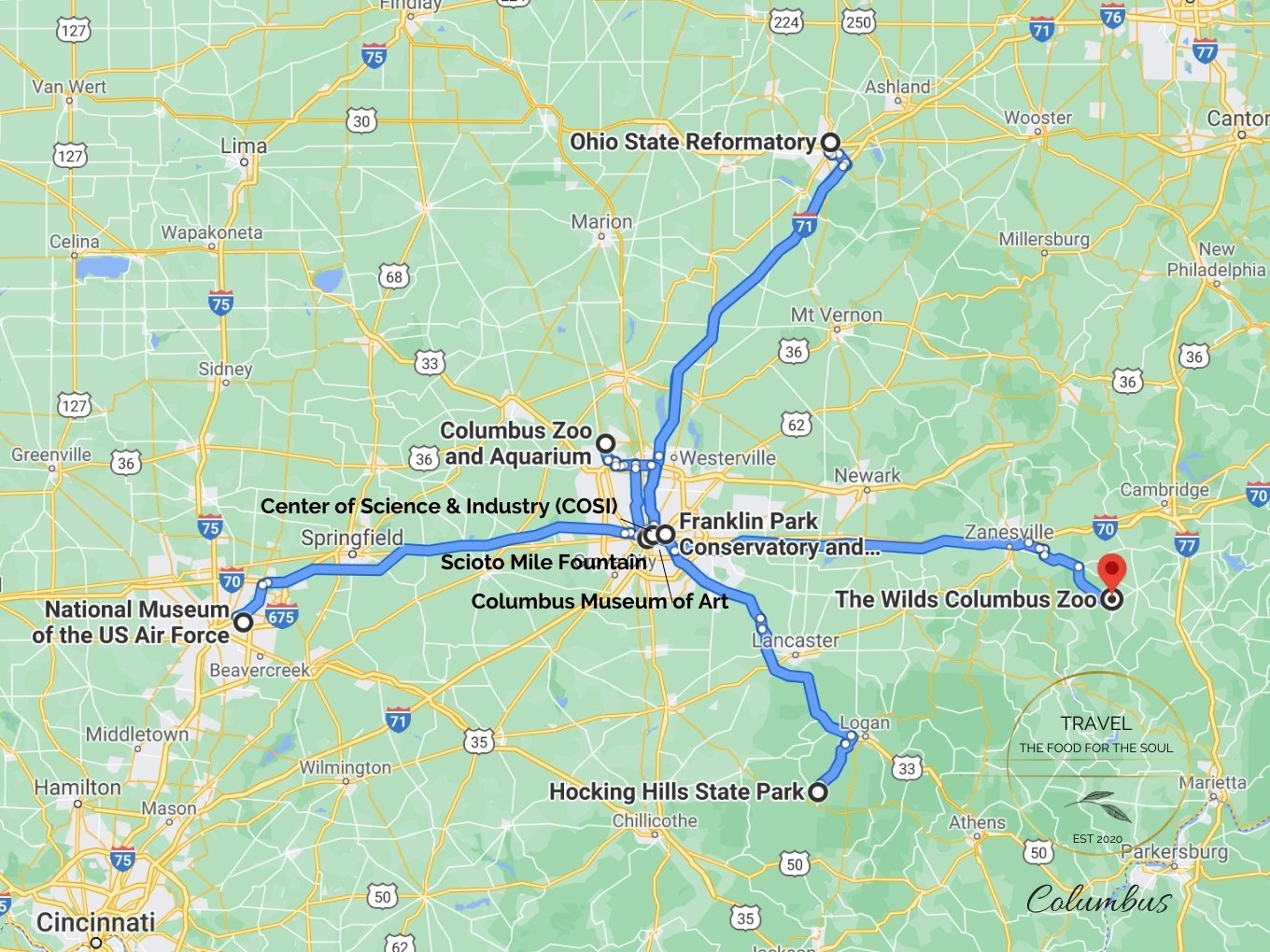 Most of the attractions within the city limit of Columbus are located close to the downtown area and are easily accessible by car or public transportation. However, the other popular Ohio attractions, including the National Museum of the US Air Force, Hocking Hills State Park, The Wilds Columbus Zoo, and Ohio State Reformatory, are not within the city limits of Columbus and requires a bit of driving, but are definitely worth visiting on a trip to Columbus.

Here’re the must-see places on a trip to Columbus, starting with the downtown attractions! 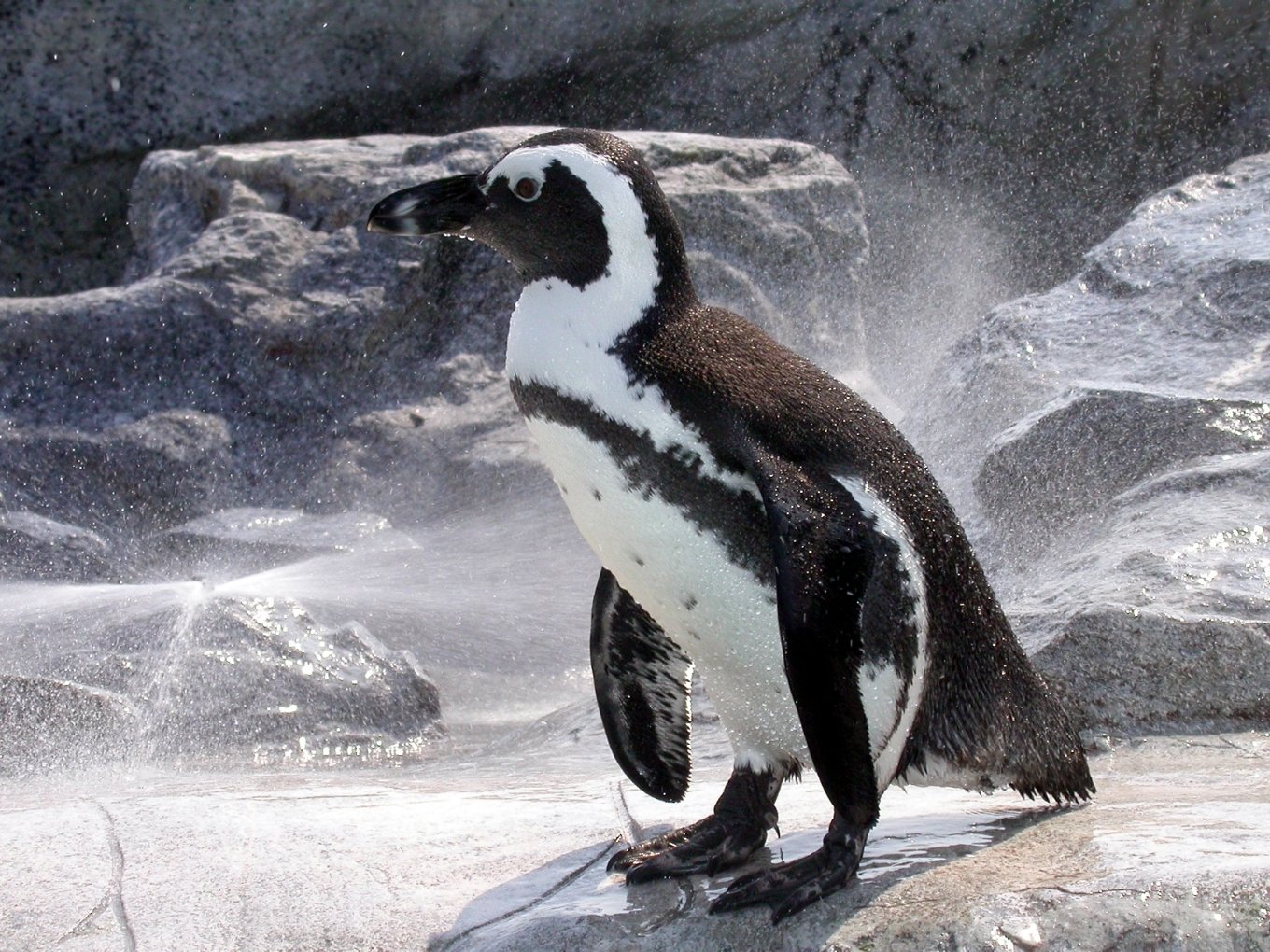 The Columbus Zoo and Aquarium, housing over six hundred different species of animals from all over the globe, is one of the most visited attractions in the town, especially very popular among families with kids. To add to the experience, the zoo also features Zoombezi Bay, a large water park, and Safari Golf Club, an 18-hole golf course.

Center of Science and Industry

Center of Science and Industry (COSI)

Center of Science and Industry, located close to downtown Columbus along the Scioto River, is one of the most acclaimed science museums in the Nation! Popularly known as COSI, the museum features a large collection of very engaging hands-on exhibits, a Dinosaur Gallery, National Geographic Giant Screen, screening 3D movies, and a planetarium. 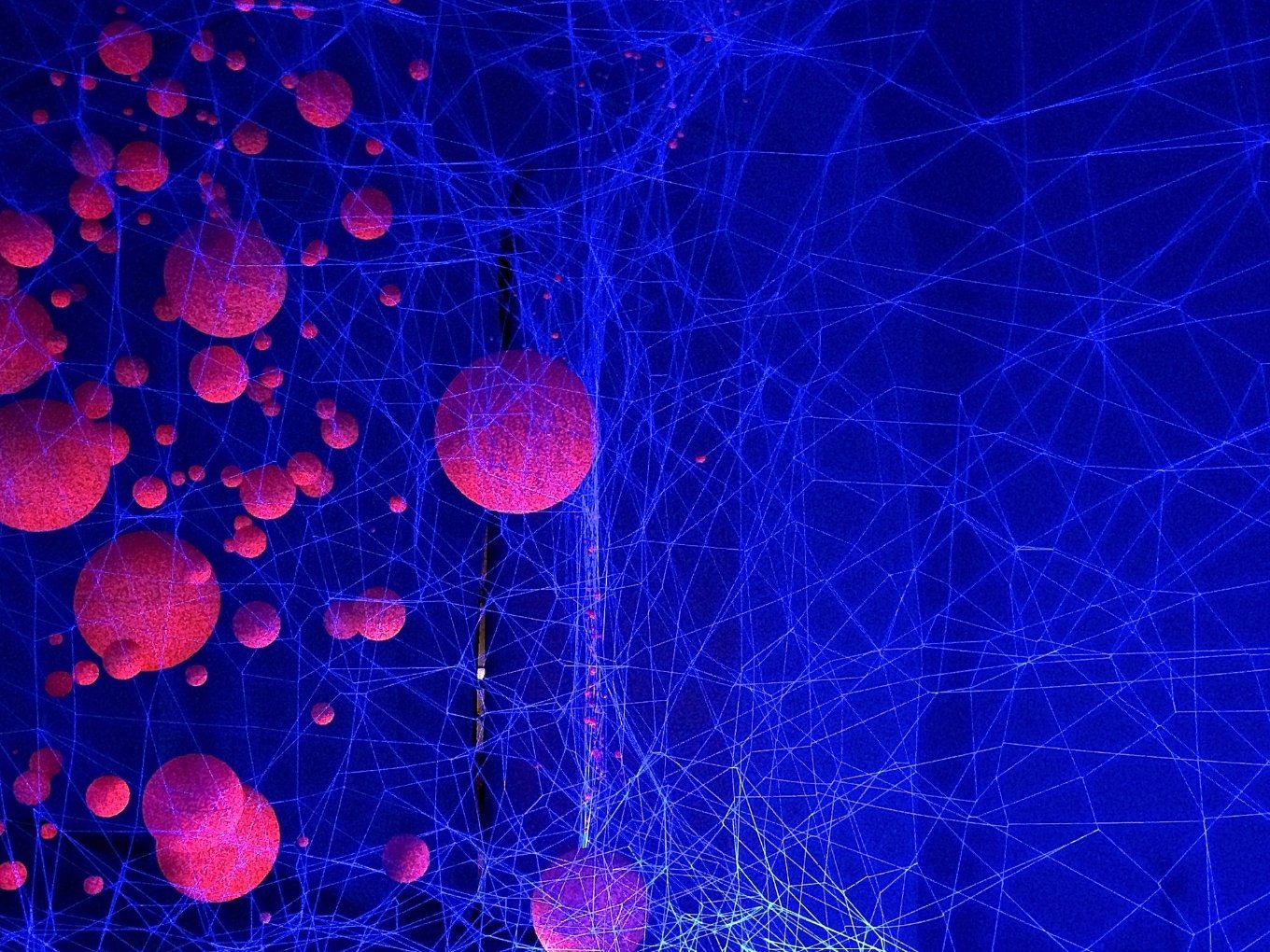 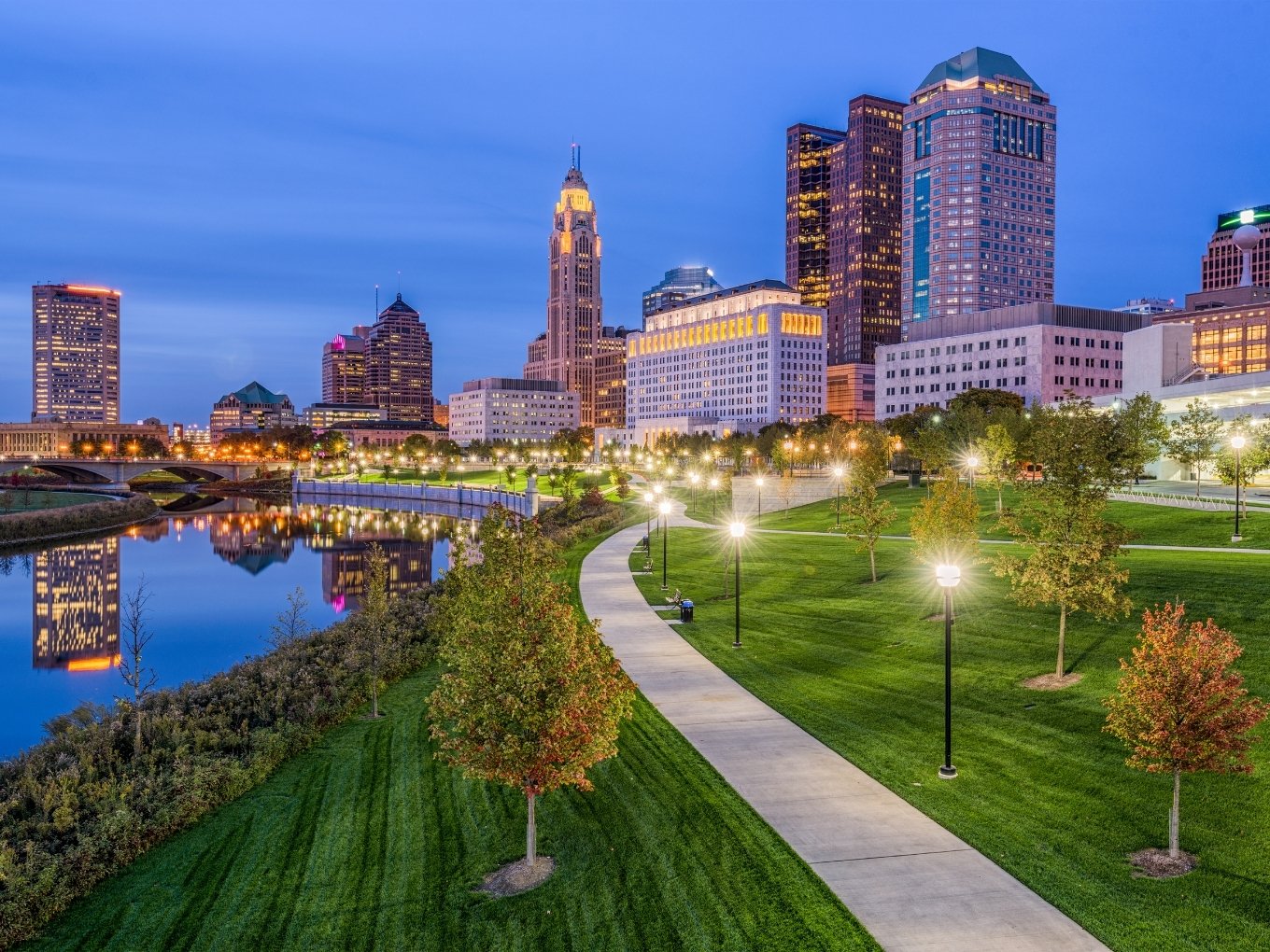 Scioto Mile, located in the heart of downtown Columbus along the Scioto River, is a beautiful waterfront park featuring walking & biking trails, an interactive fountain, kid’s play areas, restaurants, and hosts several events throughout the year. Scioto Mile is a great place to enjoy the skyline of Columbus and can be explored on foot, by bike, or on a kayak.

Columbus Museum of Art, located in downtown Columbus, features an extensive collection of fine art, modern art, and folk art from various regions of America and Europe and is a must-see for art lovers! The museum also features a store, Schokko Cafe, guided tours, and several special events and programs throughout the year.

National Museum of the US Air Force

National Museum of the US Air Force

The National Museum of the US Air Force, located in Dayton about 70 miles west of Columbus, is the official museum of the US Air Force, featuring an extensive collection of aircraft, including Early Years Gallery – aircraft dating back to the Wright brothers & World War I & II, Presidential Gallery – a collection of presidential aircraft, Missile Gallery, and Cold War Gallery. 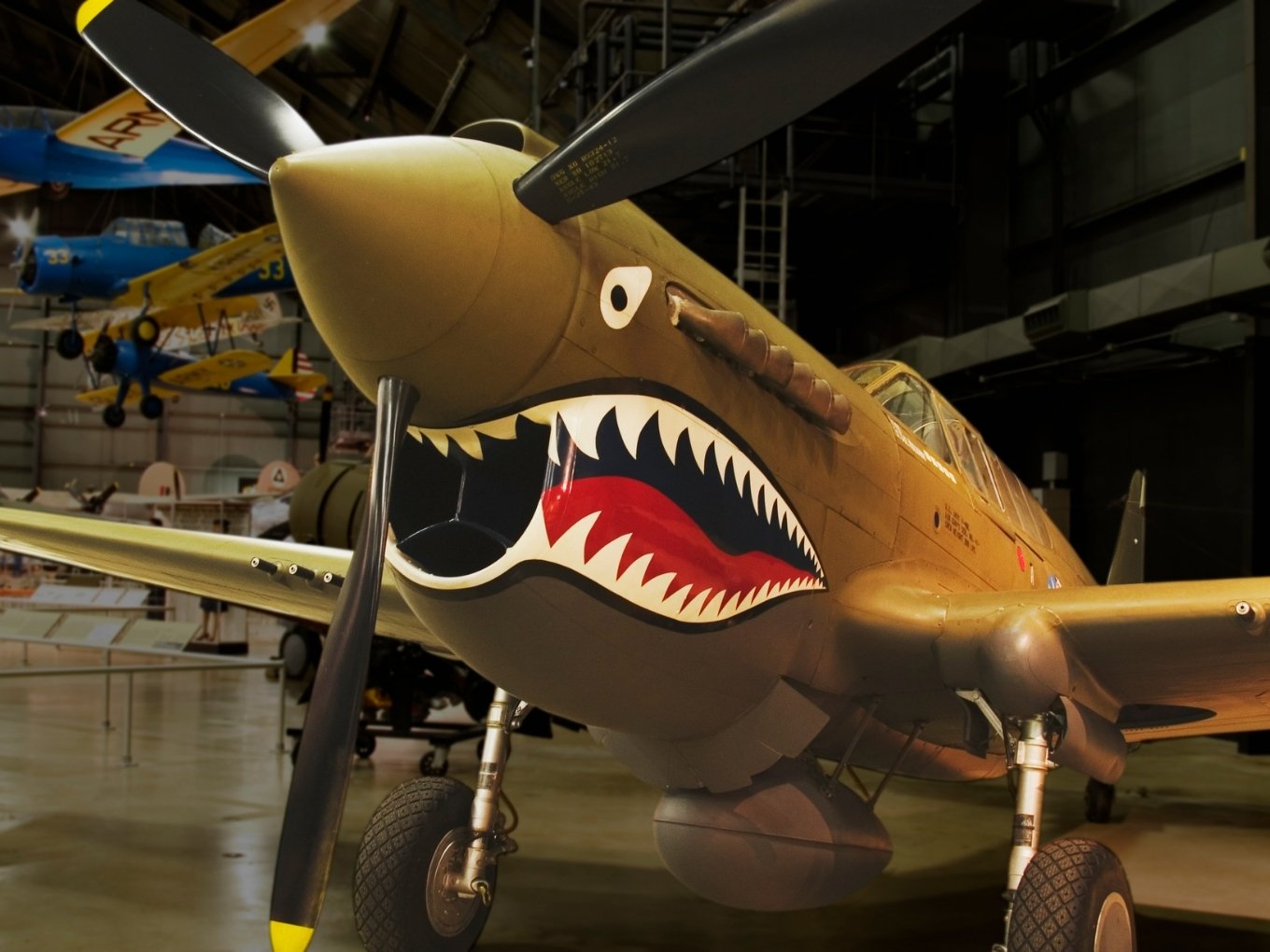 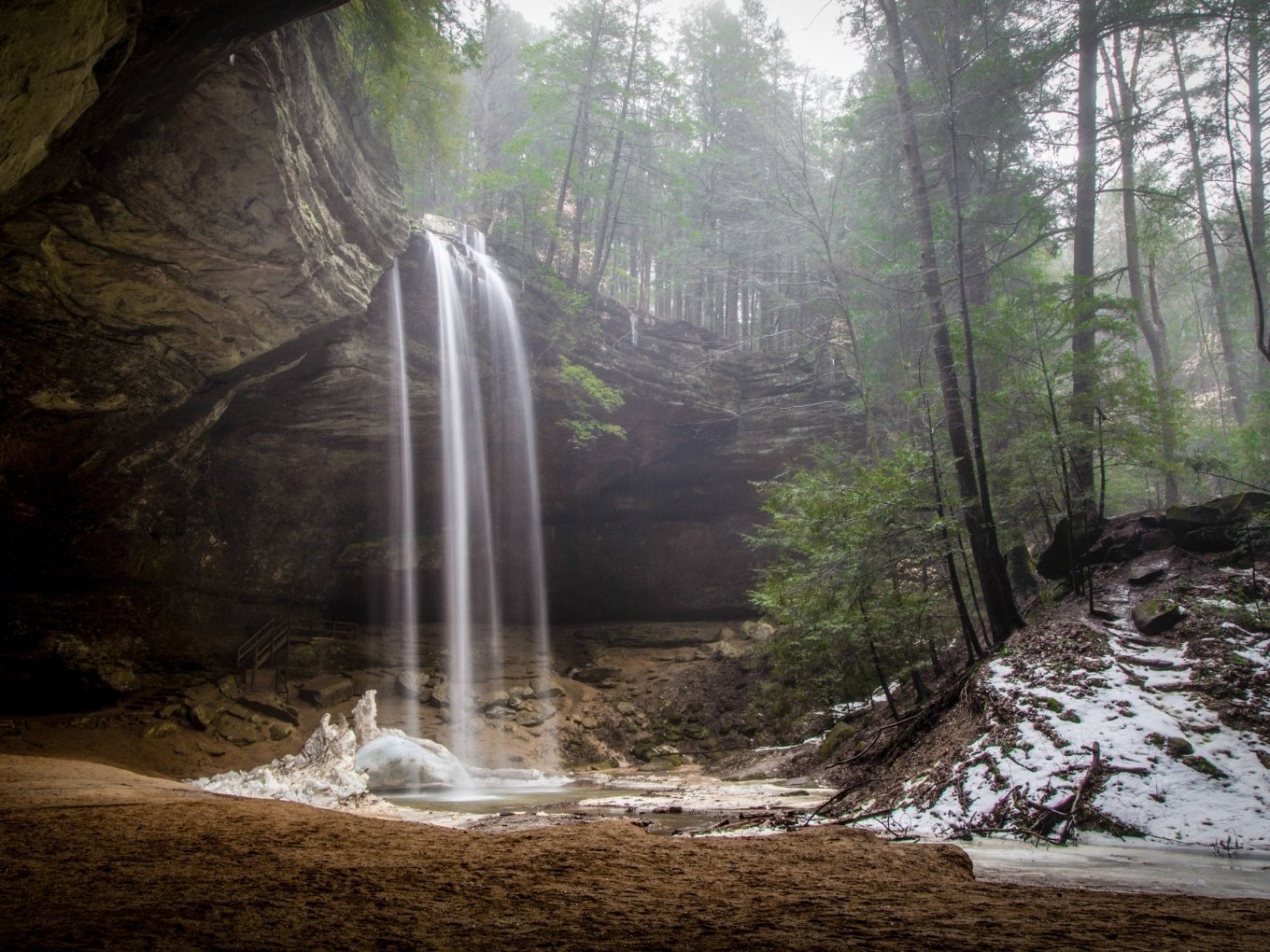 Hocking Hills State Park, located about 55 miles southeast of Columbus, is a world of beautiful nature featuring spectacular waterfalls and caves and righteously referred to as the crown jewel of Ohio! The Park features several hiking trails meandering through streams, caves, and bridges and also offers campgrounds and cabins.

The Wilds, located 75 miles east of Columbus, is a safari park housing several endangered species of animals in a large and open natural habitat! The Park offers two hours long open-air guided safari tours, a few specialty tours, zipline safari tours, and overnight stays in the middle of the wilderness in its private yurts and luxury cabins. 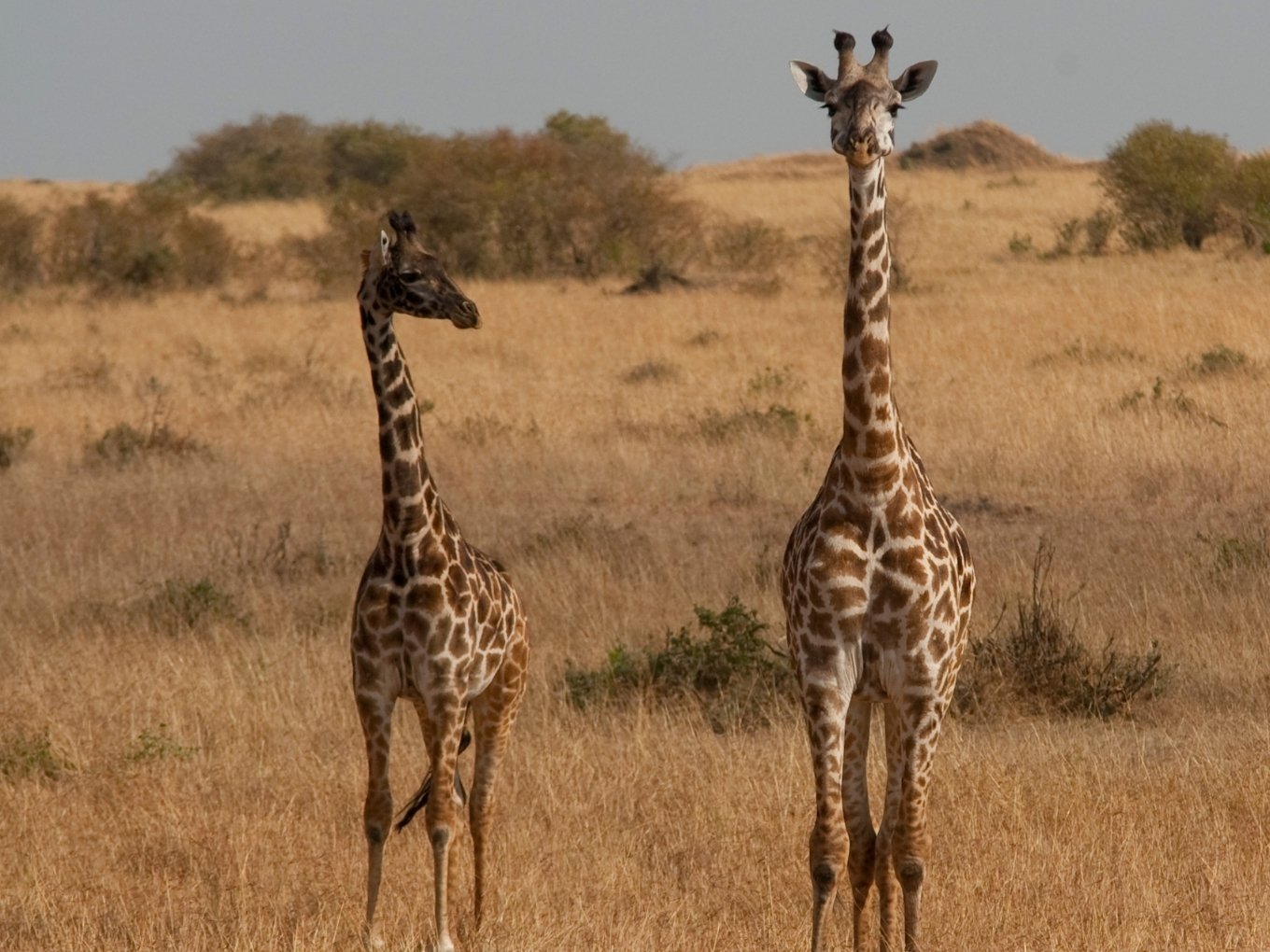 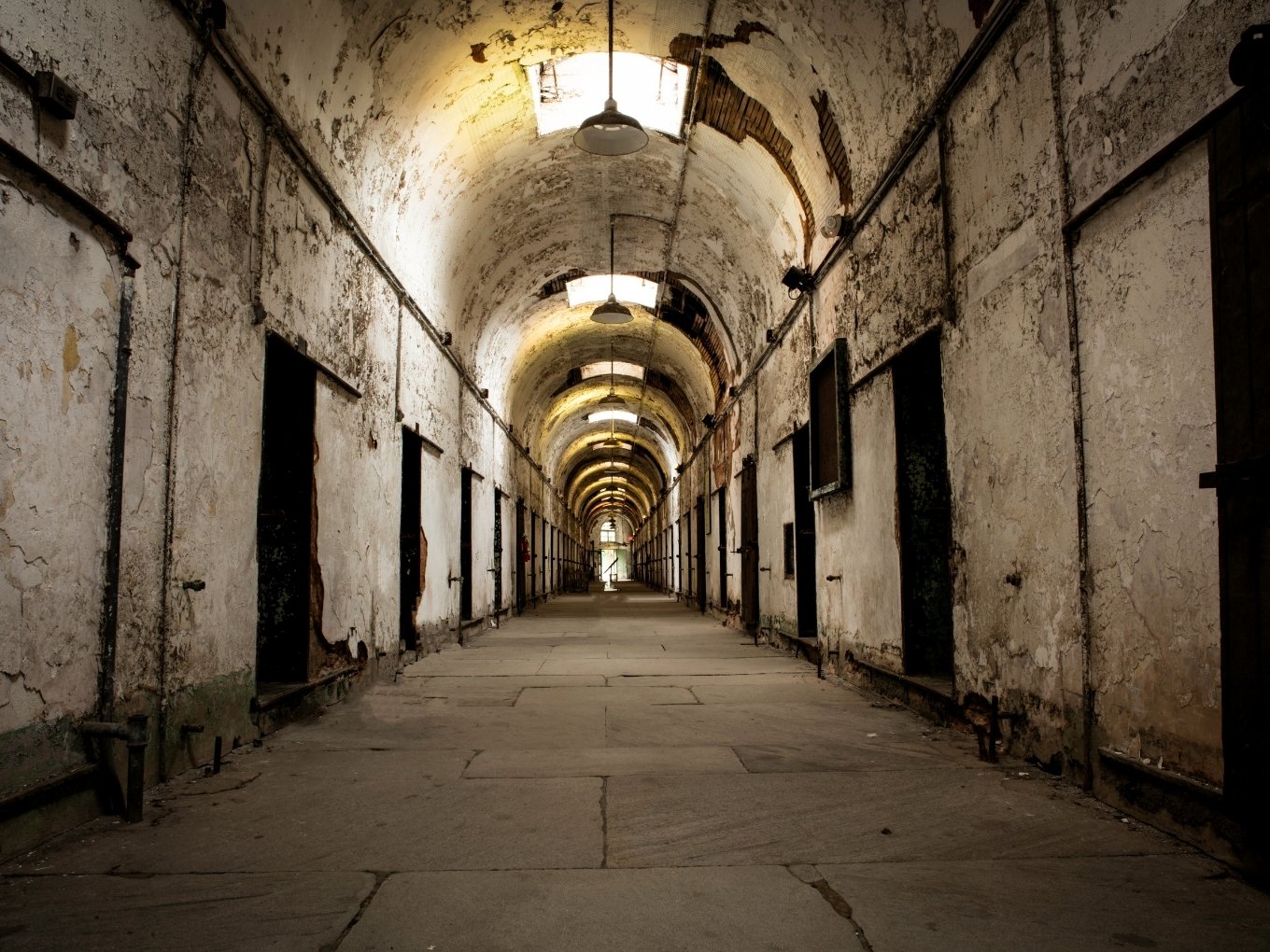 Ohio State Reformatory, located 70 miles north of Columbus, is a historic penitentiary that housed some of the Nation’s most notorious inmates until 1990. The prison is now open to the public, offering tours, and popular among ghost hunters & filmmakers. Several famous movies, including The Shawshank Redemption and Air Force One, were filed here. 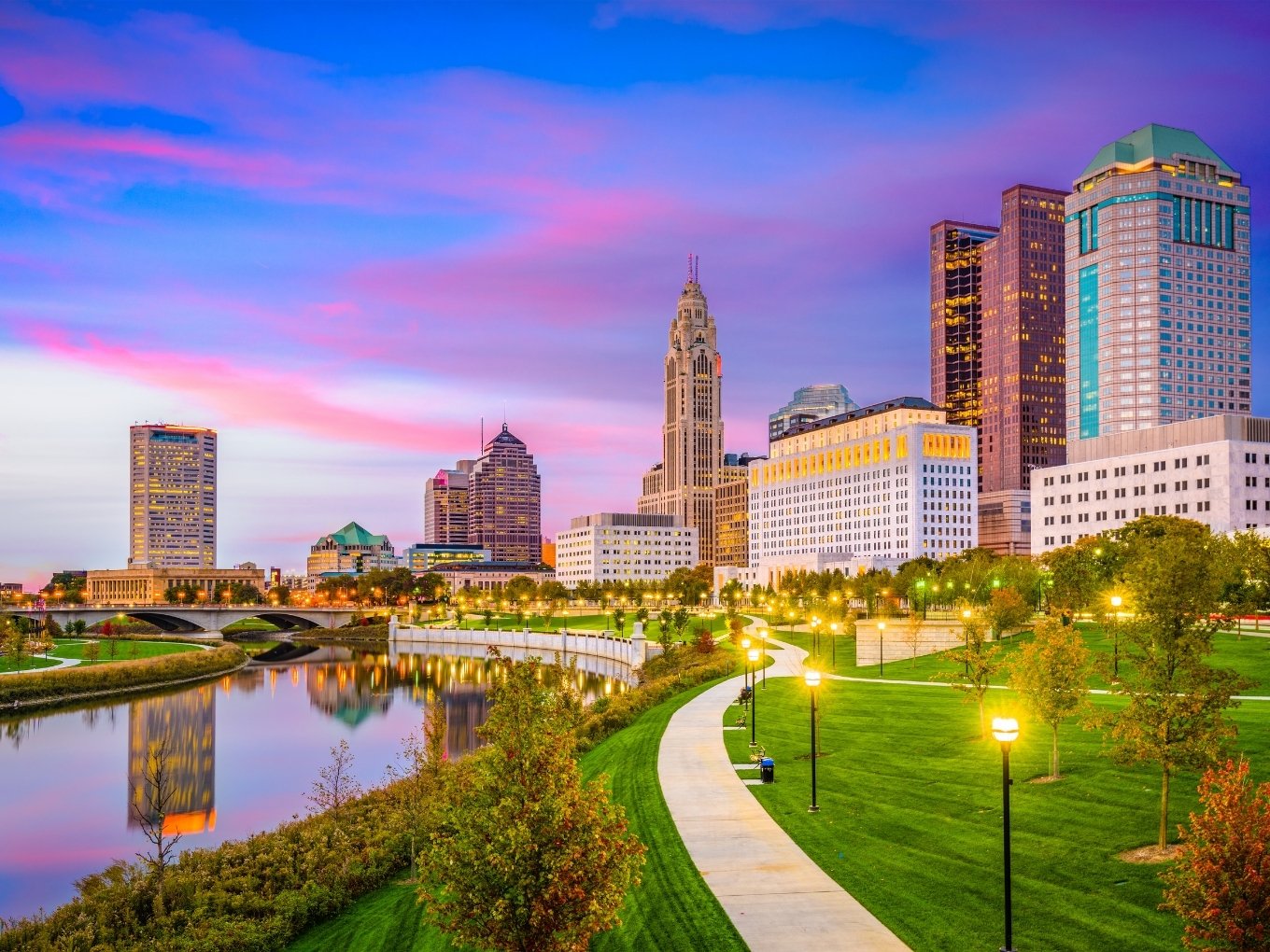 Downtown Columbus serves as an excellent base for exploring the city and also the nearby popular attractions of Ohio!

Hotels In Columbus: Columbus features various lodging options, especially the downtown area, including luxury resorts, hotels, and bread and breakfasts. Whether you’re visiting just the city’s attractions or planning to drive to the famous parks and museums located in the neighboring towns, I recommend staying in downtown Columbus, where you will find several excellent lodging options. Here’re are my top picks for hotels and resorts in Columbus –

Restaurants In Columbus: There’re endless dining options in Columbus, ranging from fine dining to local eateries serving various cuisines. There’re so many eateries in every street, especially in downtown Columbus, it’s impossible to try them all or pick one over the other. However, here’re a few dishes and joints you must try when in Columbus – definitely try a few of the local eateries in North Market in Short North, Buckeye donuts in OSU campus North High Street, Brassica for great Mexican food, and Marcella’s for some great pizzas and Italian fare. 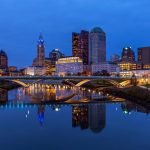 I hope you enjoyed reading the post, The Ultimate Guide To Columbus, and I hope this will help you plan your trip to Columbus. You can find other Ohio attractions in my Ohio Travel Guide.