The Ultimate Guide To Cleveland

The Ultimate Guide To Cleveland 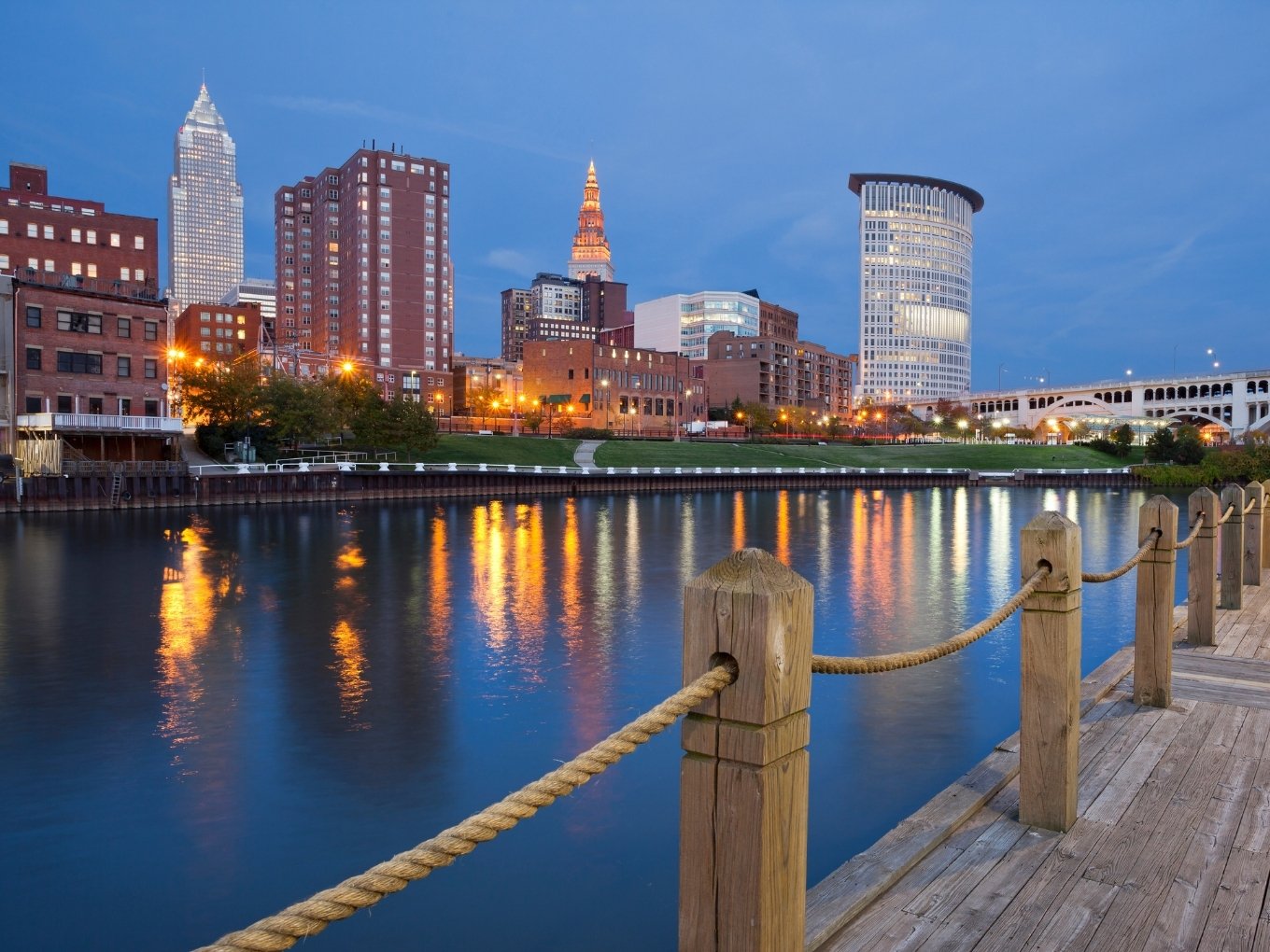 Cleveland, a metropolitan city of Ohio along the shores of Lake Erie!

Cleveland, popularly known for its Rock and Roll Hall of Fame, is a city with vibrant neighborhoods, art and theater districts, and world-class museums!

Cleveland, located in northeast Ohio along the southern shore of Lake Erie, is one of the Nation’s major industrial and commercial hubs and home to several culturally and ethnically diverse communities. While the city of Cleveland is popularly known for its two world-class museums – Rock and Roll Hall of Fame and Cleveland Museum of Art, the city also features a few other family-friendly attractions, including a few gardens, a zoo, sports venues, a natural history museum, a theater district, and a lively downtown.

Cleveland, established in 1796 and named after its founder General Moses Cleaveland a surveyor from Connecticut Land Company, due to its location, on the shore of Lake Erie, soon evolved as a major transportation and commercial hub of the midwest. The construction of the Erie Canal and the growth of steel and railroad industries sparked the initial economic growth in Cleveland, which was then followed by several other sectors, including healthcare, manufacturing, and automotive. The industrialization and growth attracted several settlers from different parts of the globe, making Cleveland a culturally diverse metropolitan city.

There are quite a few attractions in Cleveland, but it’s a good idea to extend your Cleveland trip to Sandusky, which is home to some of the best amusement parks and resorts in the US!

While there are several things to see and do in Cleveland, including Rock & Roll Hall of Fame, Cleveland Museum of Art, Cleveland Botanical Garden, West Side Market, Cleveland Metroparks Zoo, Cleveland Museum of Natural History, Great Lakes Science Center, and a bustling downtown, a lot of people add Sandusky to their itinerary when visiting the Cleveland. Sandusky, located approximately 60 miles west of Cleveland, is home to Cedar Point, one of the most sought-after amusement parks in the midwest, and Kalahari Resorts, the largest indoor water park in the Nation!

Planning Your Trip To Cleveland 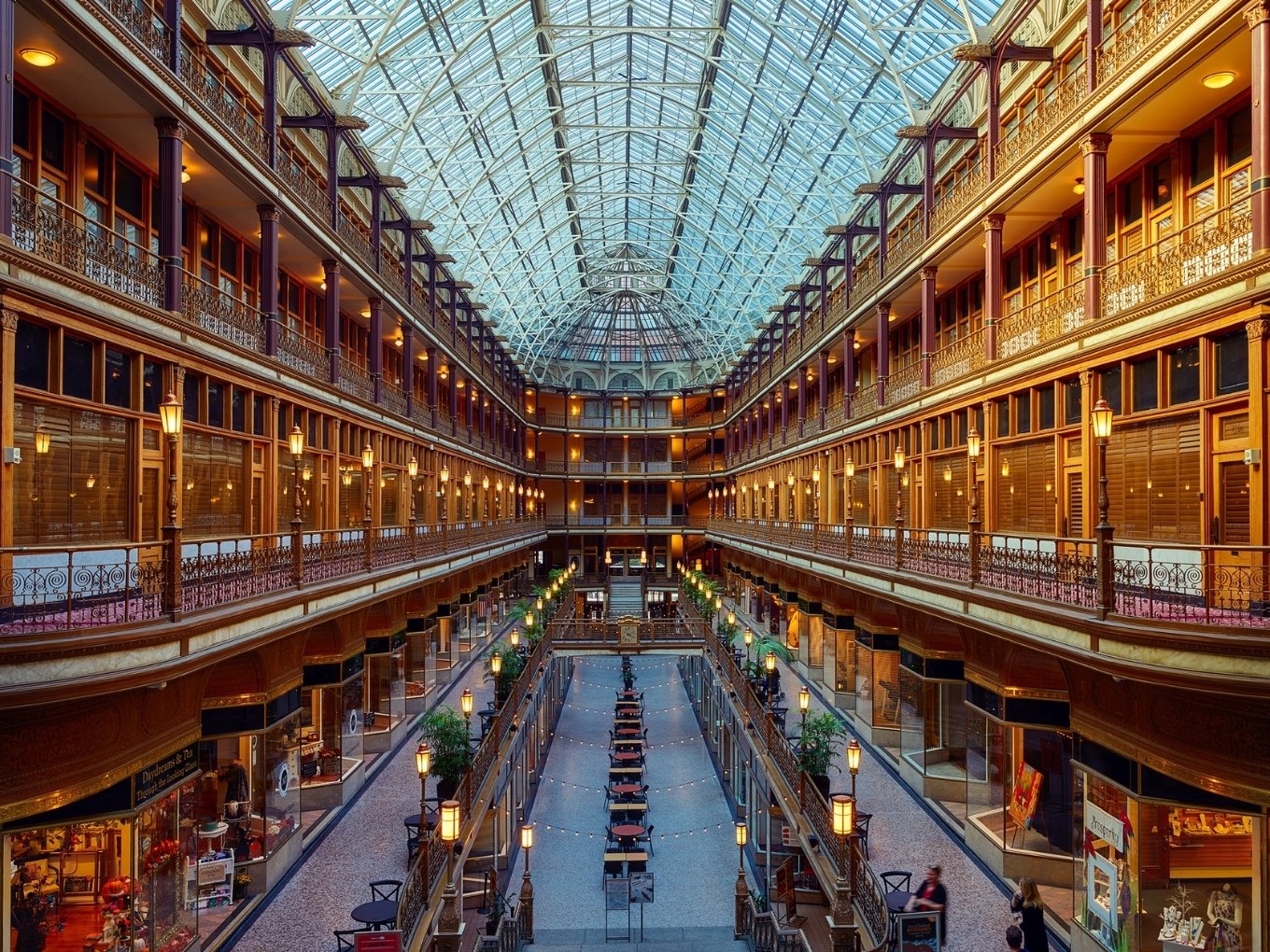 Traveling during the summer and fall months, directly flying into Cleveland, and staying close to the downtown is the best way to get the most out of your trip to Cleveland!

Time Required At Cleveland: With several excellent museums and a bustling downtown, I recommend spending a minimum of two days in Cleveland to explore the city’s major attractions. However, you will need additional time if you’re planning to visit the great amusement parks in Sandusky, which I highly recommend doing on a trip to Cleveland.

Getting To Cleveland: The best and most comfortable way to get to Cleveland is by flying into Cleveland International Airport, located just a few miles west of Downtown Cleveland. Alternatively, you could also take an Amtrak train or a Greyhound bus to Cleveland.

Parking & Transportation In Cleveland: Most hotels and attractions in Cleveland have ample parking, and there are quite a few public parking lots in the downtown area. Though RTA, Cleveland Regional Transit Authority, offers year-round bus services and trolleys in downtown Cleveland, it’s a good idea to rent a car when visiting Cleveland.

Lodging & Dining In Columbus: Cleveland offers several lodging options, ranging from luxury hotels to bread and breakfasts, especially in the downtown area, which is bustling with several excellent hotels. The dining options in Cleveland can be overwhelming, with several different cuisines and restaurants ranging from fine dining to casual dining, it becomes challenging to pick one over the other. However, I have tried to narrow down a list and reviewed several lodging and dining options in Cleveland in detail in the later section of this post.

Things To Do In Cleveland 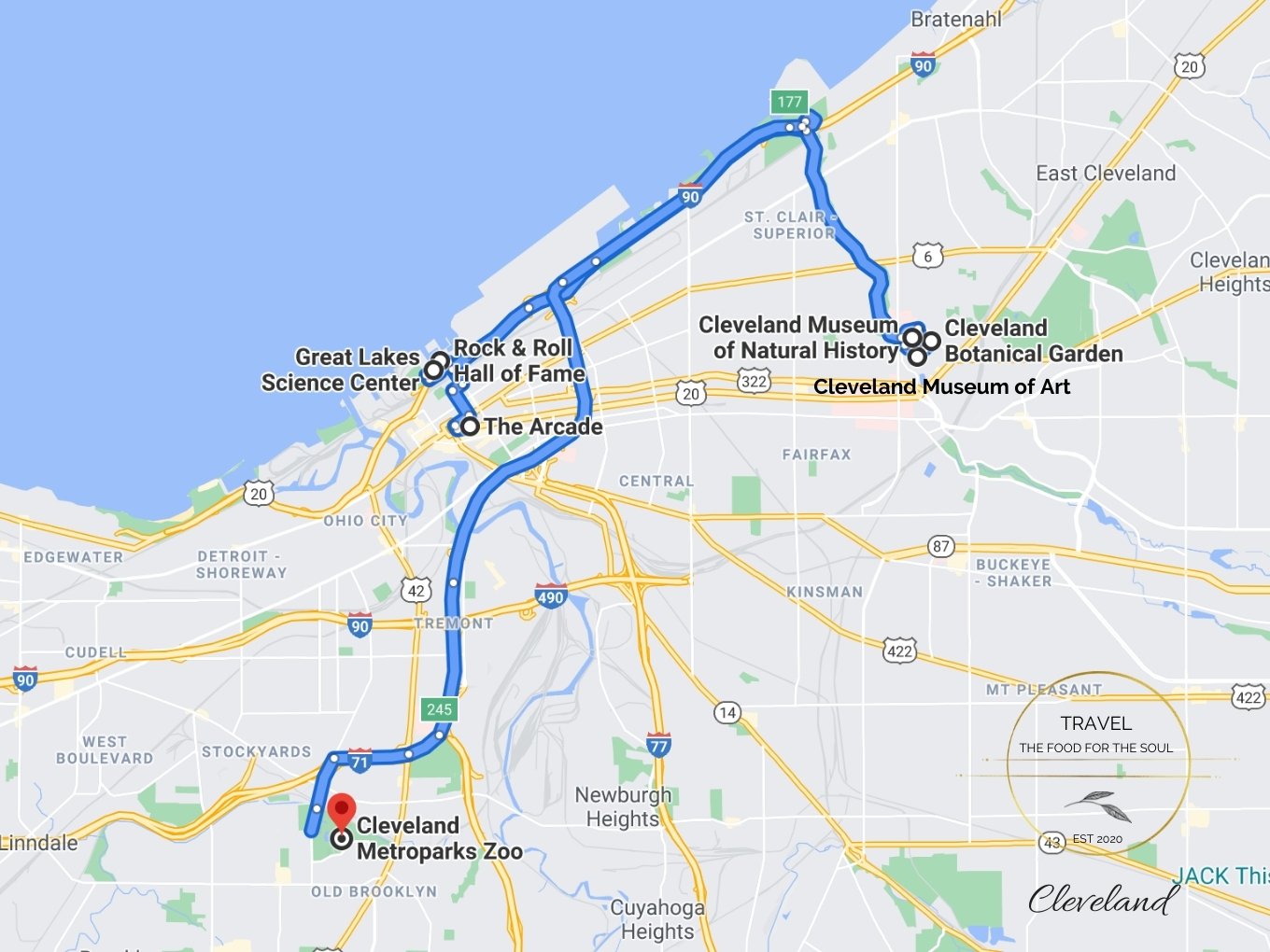 Most of the attractions in Cleveland, except the Cleveland Zoo, are located pretty close to the downtown area and are easily accessible by car or public transportation. The Cleveland Metroparks Zoo is located on the city’s outskirts, approximately 6 miles southeast of Downtown Cleveland. I highly recommend visiting the town of Sandusky on a trip to Cleveland, where you could enjoy some of the best amusement and water parks in the US. However, visiting Sandusky definitely requires more time and some planning, but it’s definitely worth it, and if you’re interested, you could use my Sandusky Travel Guide to add a few Sandusky attractions to your Cleveland trip itinerary.

Here’re the must-see places on a trip to Cleveland, starting with the downtown attractions! 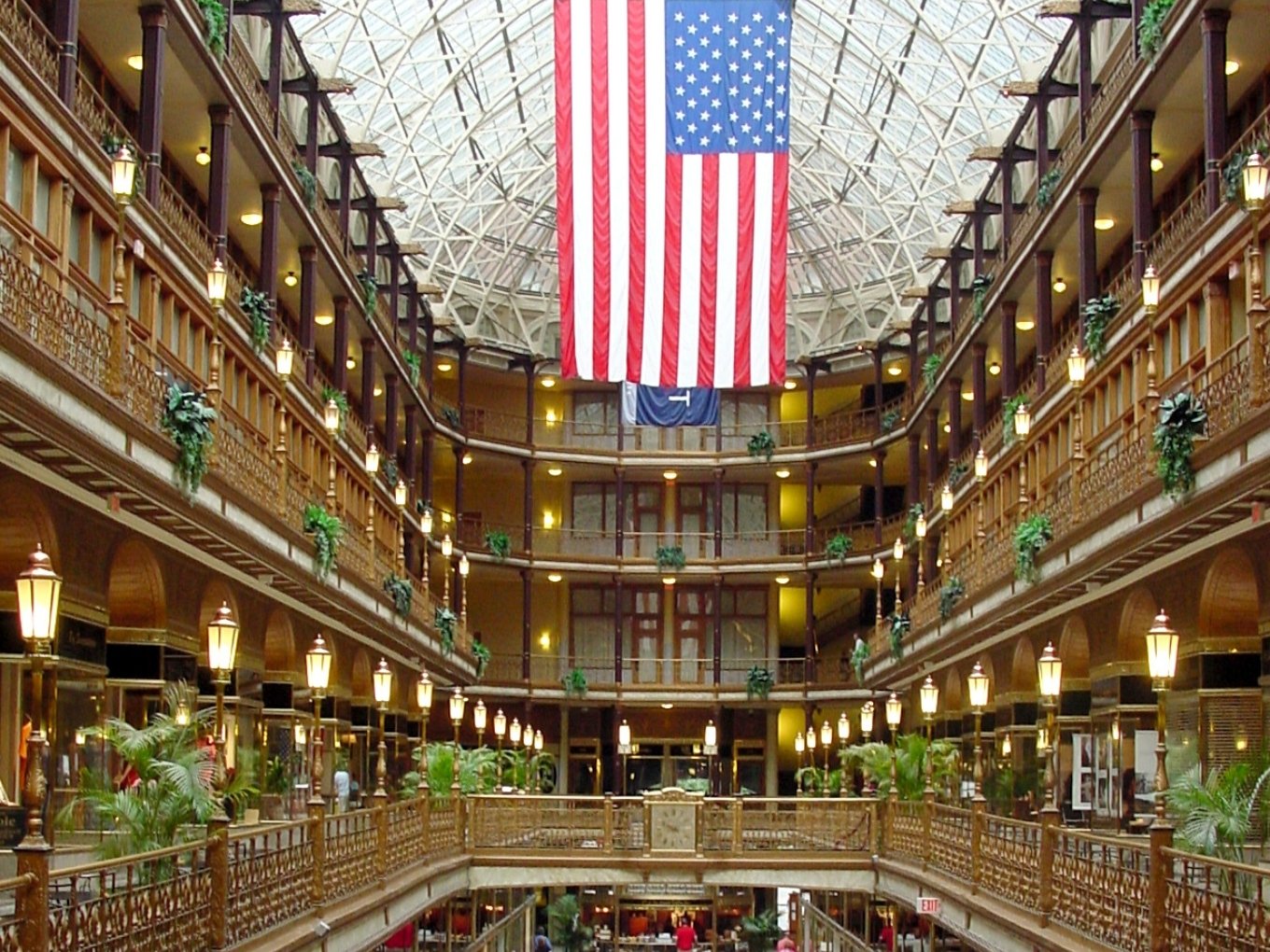 The Arcade, built in 1890 and then known as Cleveland’s Crystal Palace, was the first indoor shopping mall in the US and also the first place in Cleveland to be listed in the National Register of Historic Places. It features two gorgeous nine-story Victorian-style buildings connected via a passageway with a glass ceiling and several shops & eateries.

The Rock & Roll Hall of Fame, a museum located in Downtown Cleveland along the shores of Lake Erie, is the most sought-after attraction in Cleveland, featuring several exhibits related to the history of Rock music, including the Long Live Rock sign, Elvis Presley’s Motorcycle, Michael Jackson’s Grammy Jacket & Glove, and a lot more! 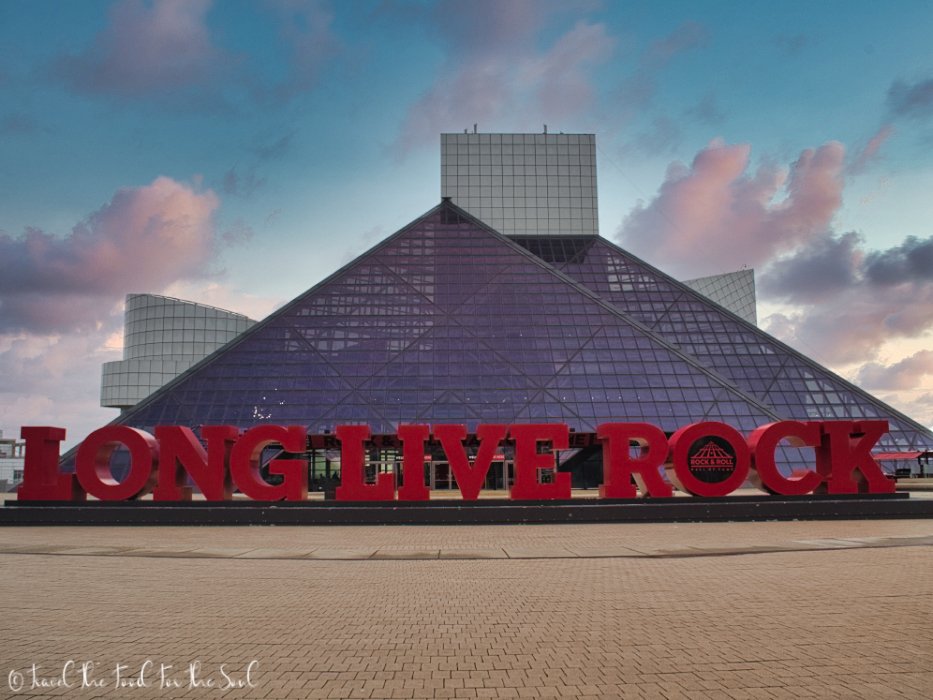 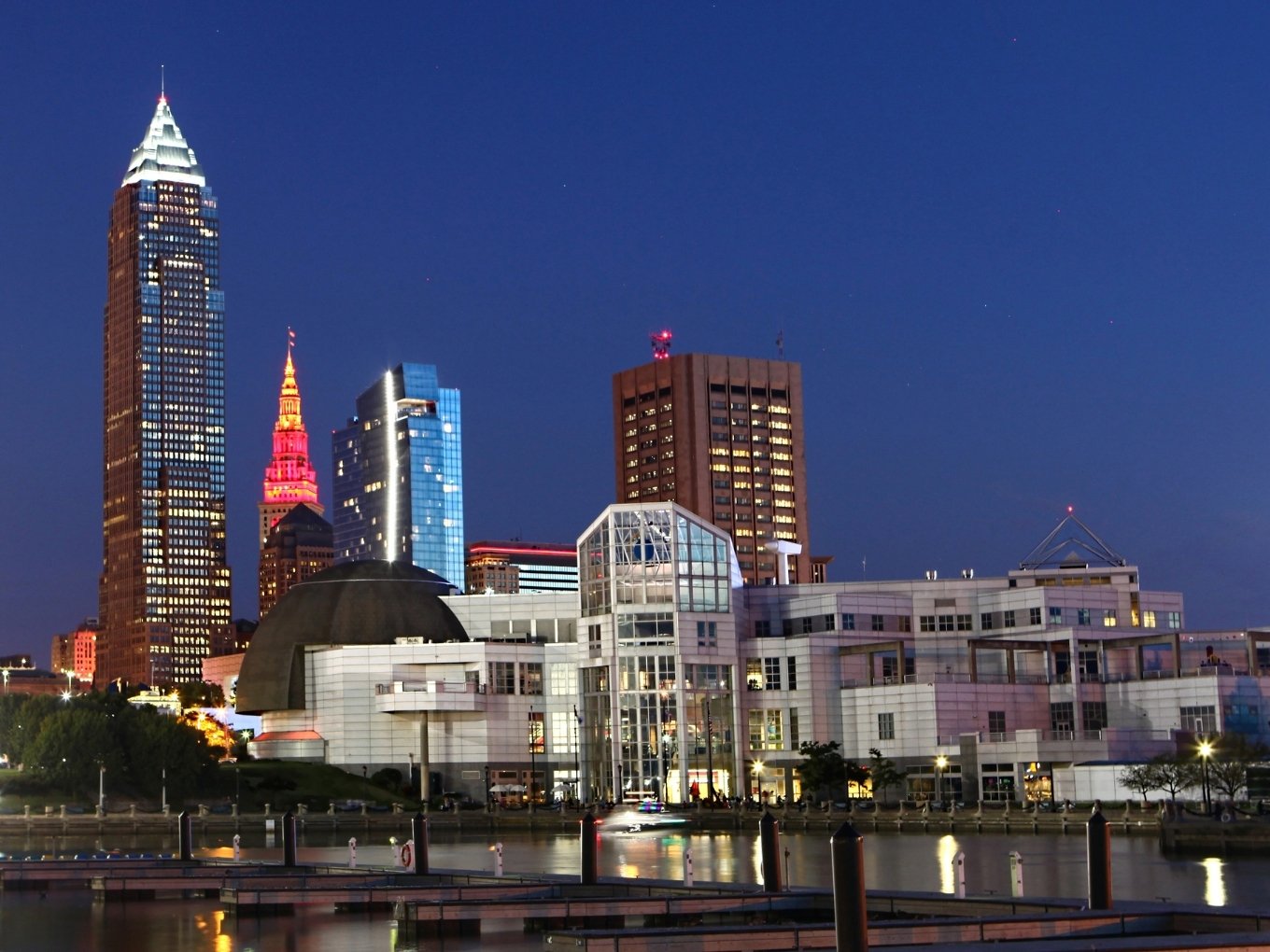 Great Lakes Science Center, located next to the Rock & Roll Hall of Fame along the shores of Lake Erie, is a science museum and home to NASA’s Glenn Visitor Center, opening up the doors to explore several interactive science exhibits & displays related to space exploration! The museum also features a dome theater, summer camps, and year-round educational events.

Cleveland Museum of Natural History, located about 4 miles east of downtown Cleveland, is a museum featuring several world-class exhibits related to the earth’s evolution, natural history, and scientific advancements. The museum is organized into multiple sections, including a wildlife center, a planetarium, Human Origins Gallery, and several others. 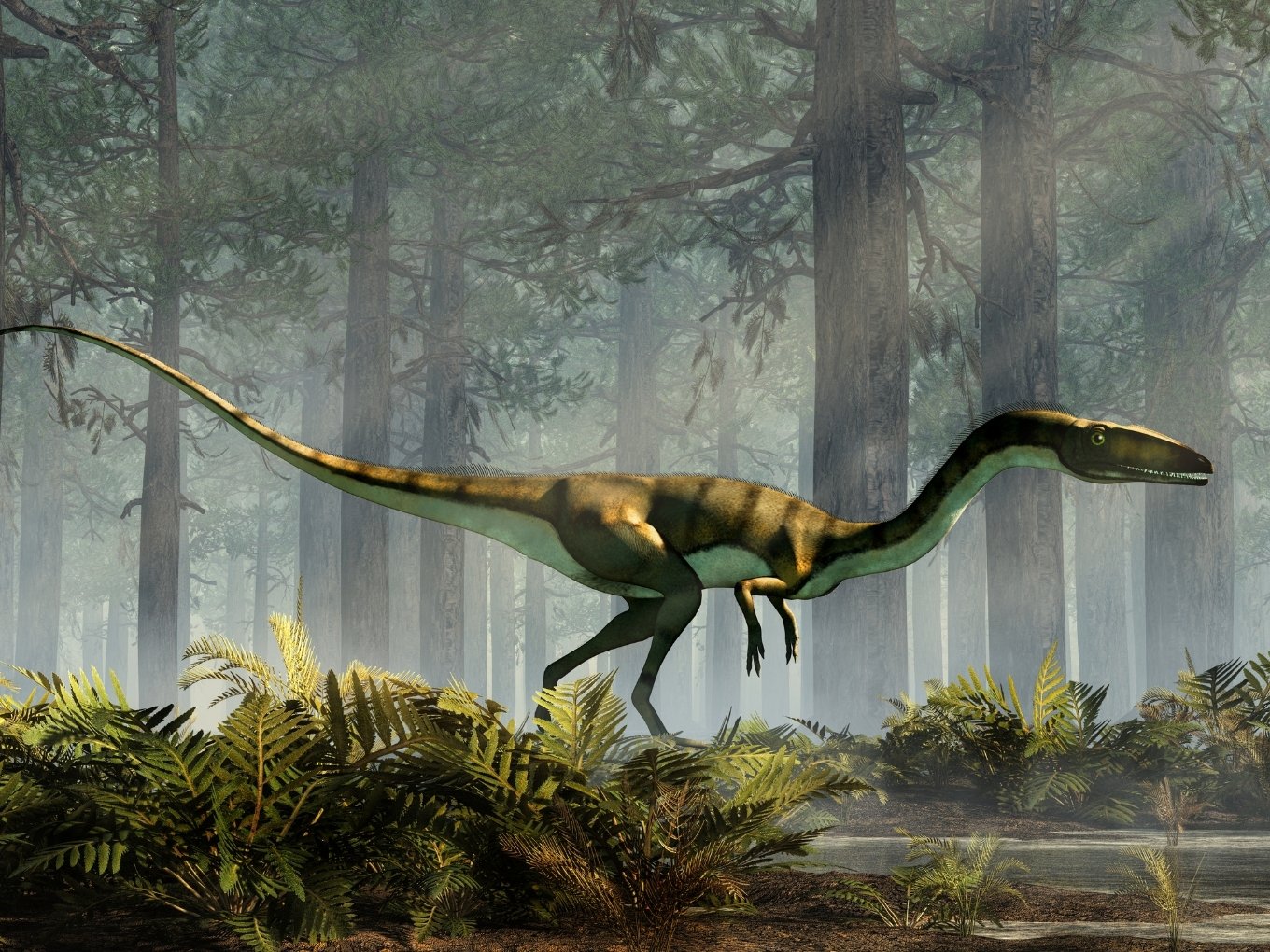 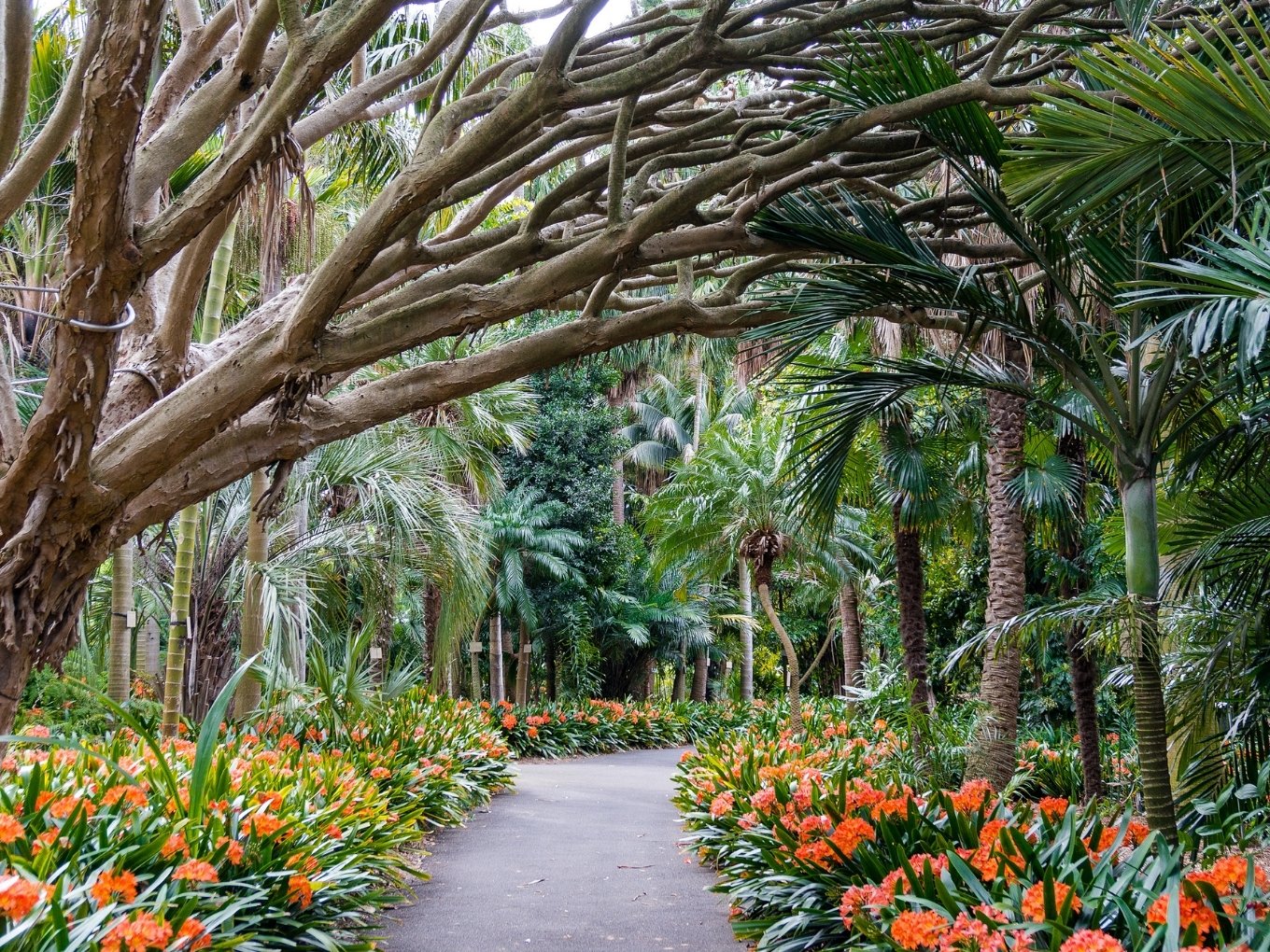 Cleveland Botanical Garden, located right next to the Cleveland Museum of Natural History in University Circle, is a botanical garden and conservatory featuring several species of plants from all over the globe in its manicured gardens and glasshouses, including Woodland Garden, Topiary Garden, Rose Garden, Costa Rica Glasshouse, Madagascar Glasshouse, & more.

The Cleveland Museum of Art, located in University Circle adjacent to the Museum of Natural History & Botanical Garden, is one of the most acclaimed art museums in the Nation! Since its opening in 1916, the museum has been focused on collecting & showcasing artwork from different periods & parts of the globe, promoting the unity of diverse cultures. 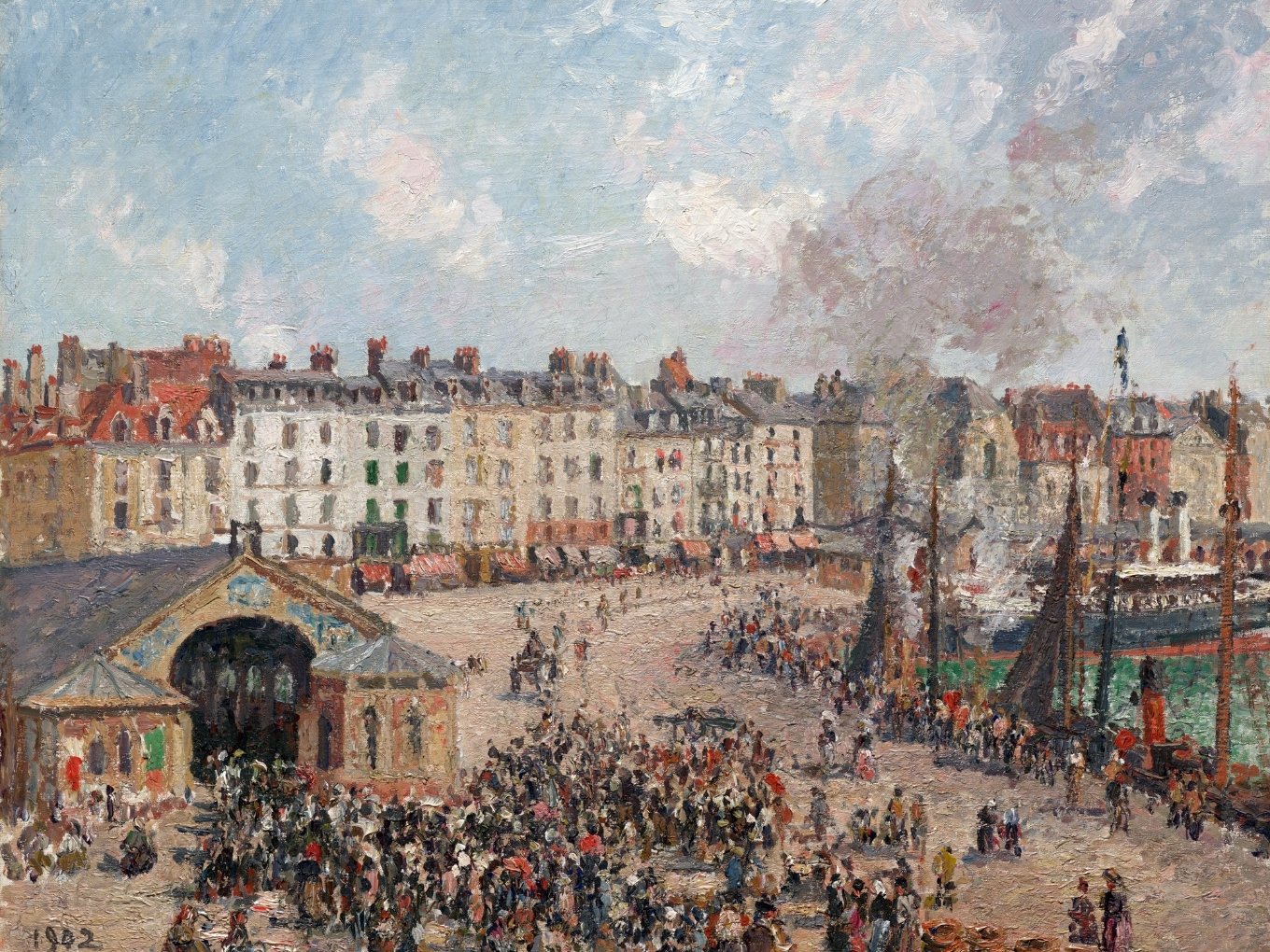 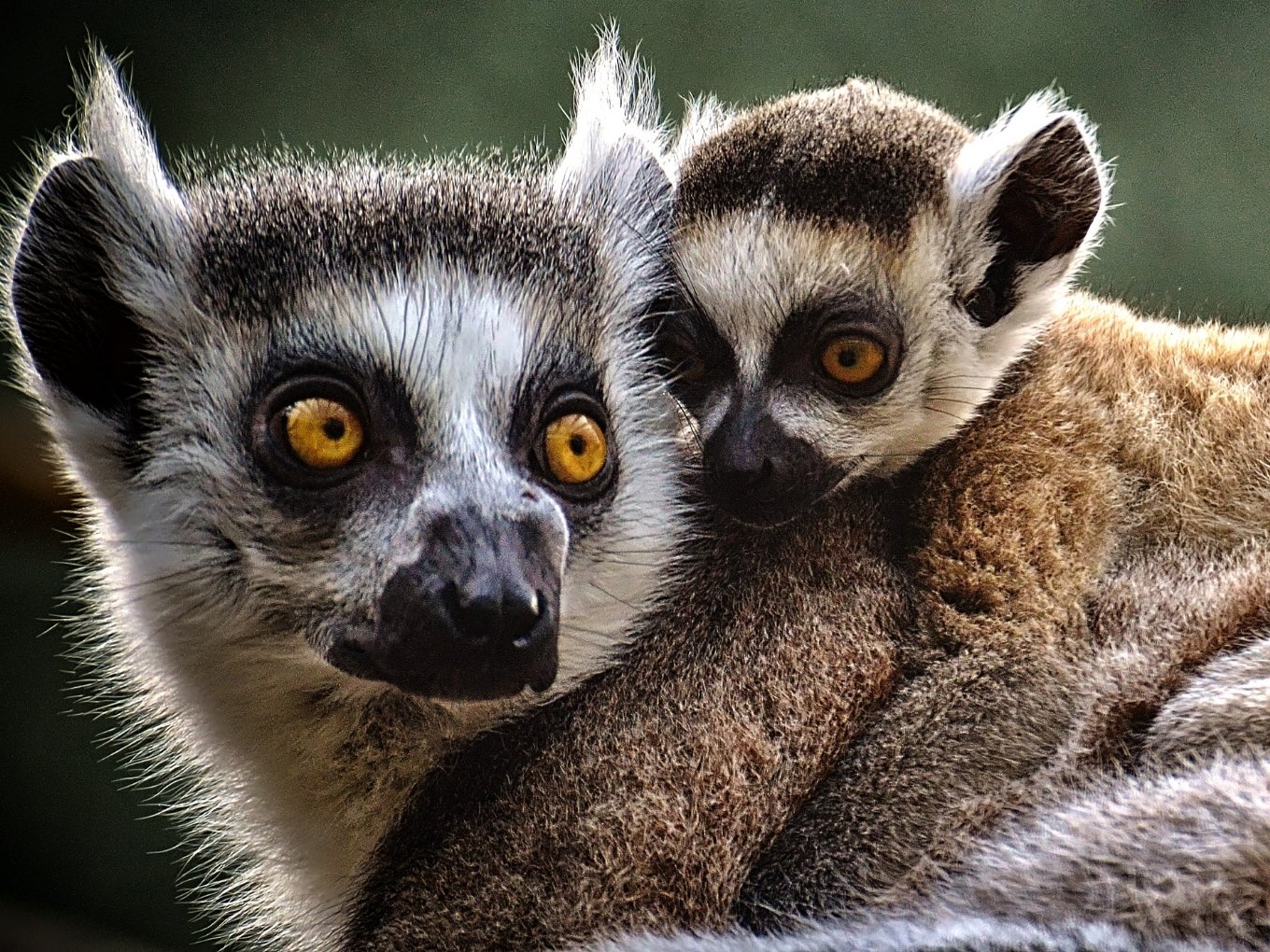 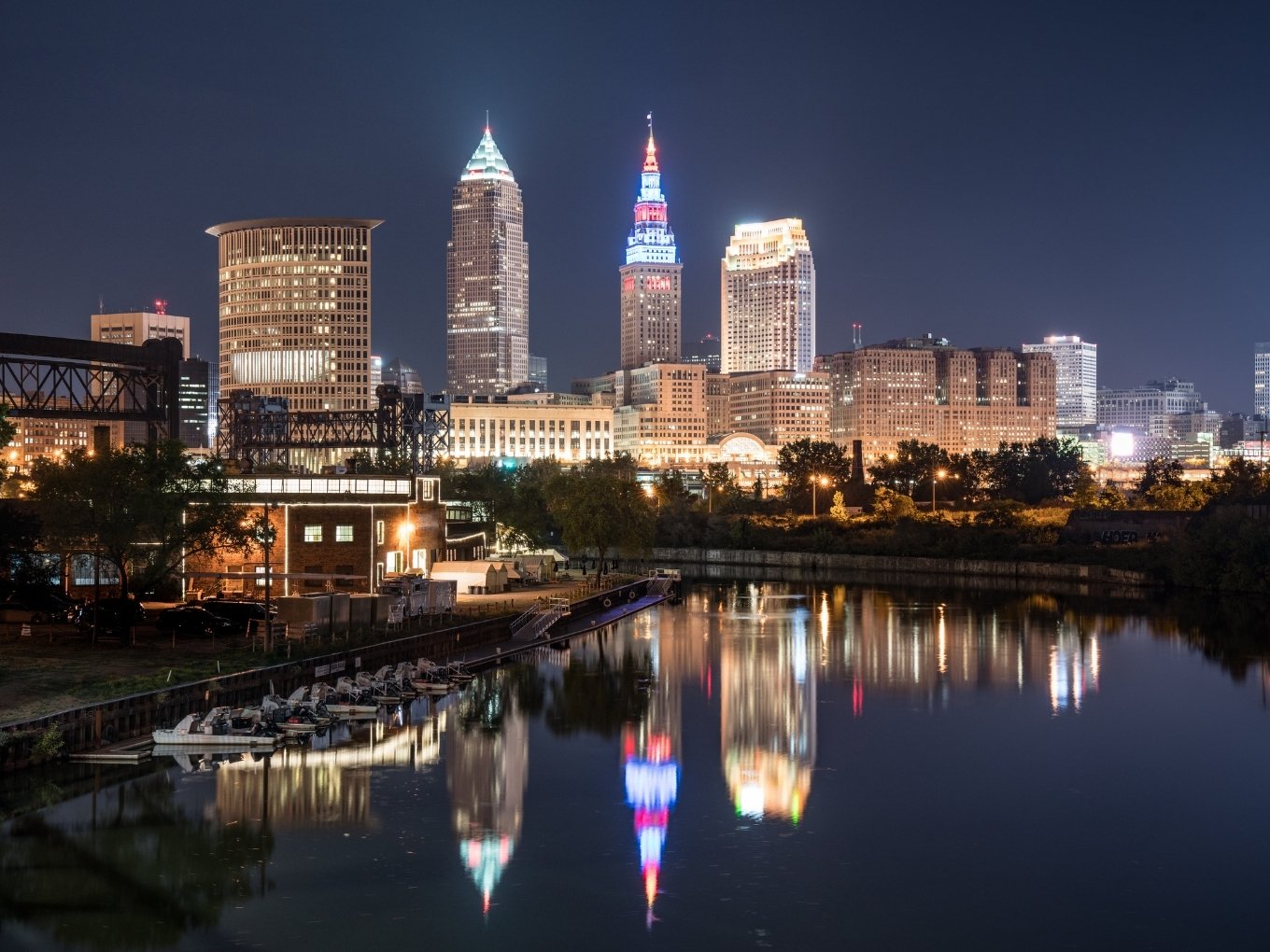 With several lodging and dining options, Downtown Cleveland serves as an excellent base for exploring the city’s several attractions!

Restaurants In Cleveland: There’re various dining options in Cleveland, ranging from fine dining to local eateries serving multiple cuisines. There’re so many eateries in every street, especially in downtown Cleveland, it’s impossible to try them all or pick one over the other. However, here’re a few dishes and joints you must try when in Cleveland – Polish Boy sausage sandwiches at Mabel’s BBQ or Ohio City BBQ, Gusto’s Seafood & Chicken for delicious seafood and chicken dishes, Pierogi at Hofbräuhaus Cleveland & Der Braumeister Restaurant, and authentic chicken paprikash at Balaton Restaurant. 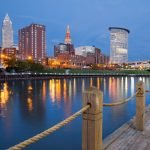 I hope you enjoyed reading the post, The Ultimate Guide To Cleveland, and I hope this will help you plan your trip to Cleveland. You can find other Ohio attractions in my Ohio Travel Guide.