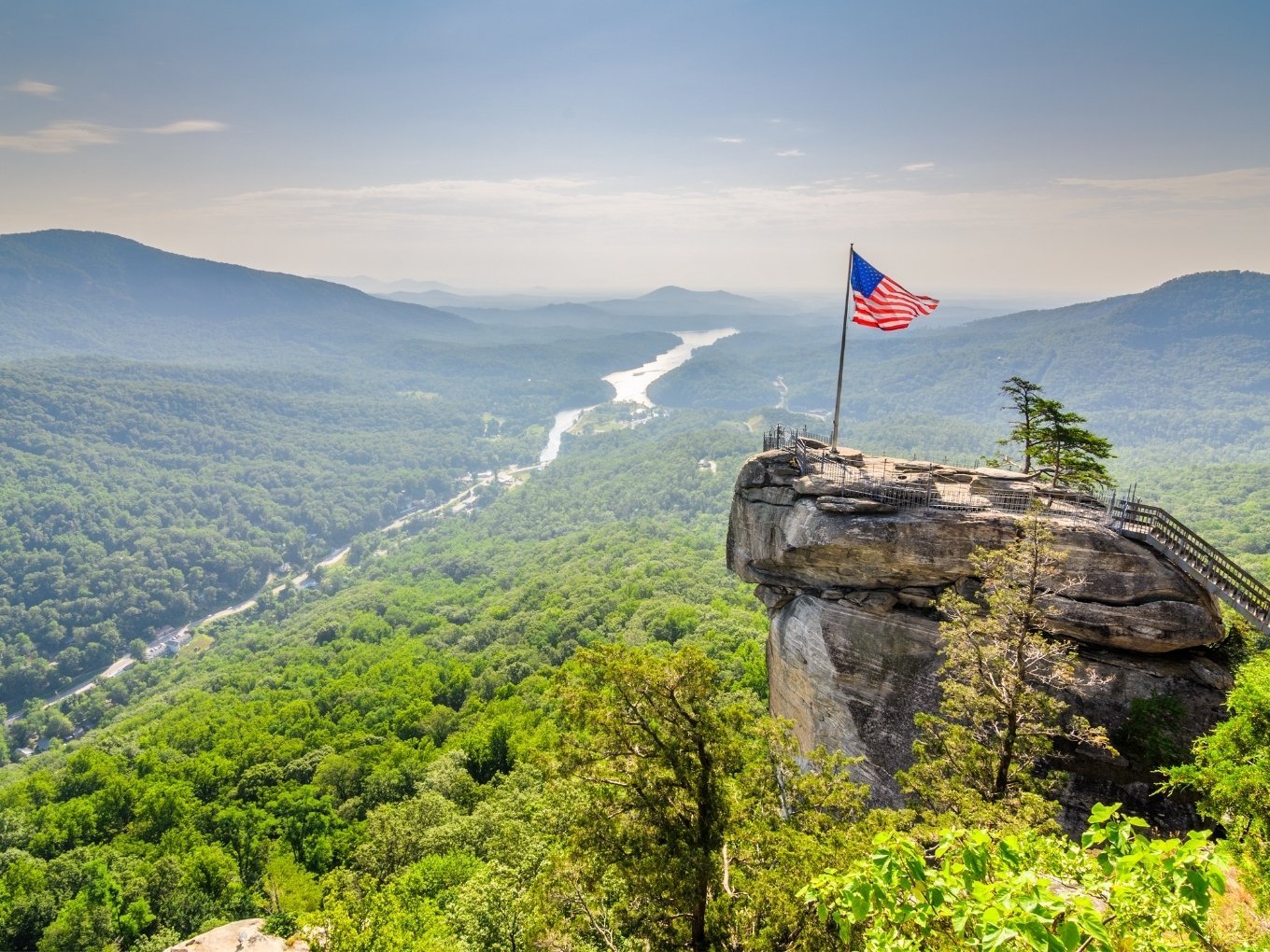 Chimney Rock State Park, one of the most popular state parks of North Carolina, features spectacular mountain vistas atop a towering granite spire, a few hiking trails, and a gorgeous waterfall!

Named after its iconic Chimney Rock, an ancient 315 feet tall granite spire extending out from the mountains forming a natural observation tower featuring spectacular views of the neighboring mountains, lush valleys, and Lake Lure, Chimney Rock State Park is one of the most popular and iconic sites of North Carolina! Unquestionably, the Chimney Rock takes center stage in the Park, but Chimney Rock State Park also features quite a few hiking trails, a gorgeous waterfall, rock climbing, and a diverse species of flora and fauna.

Chimney Rock State Park, located in southwest North Carolina in the mountain town of Chimney Rock, is part of the Hickory Nut Gorge, a deep valley of the Blue Ridge Mountains. The Chimney Rock village, also named after the monolith, is a small quaint town with rustic shops, eateries, and a few bread and breakfasts. With its proximity to major cities in North and South Carolina, Chimney Rock State Park is a popular day-trip destination and often visited along with the Great Smoky Mountains National Park.

You could either ride a mountain elevator or take a stairway of five hundred steps to the top of Chimney Rock, where the real venture begins! 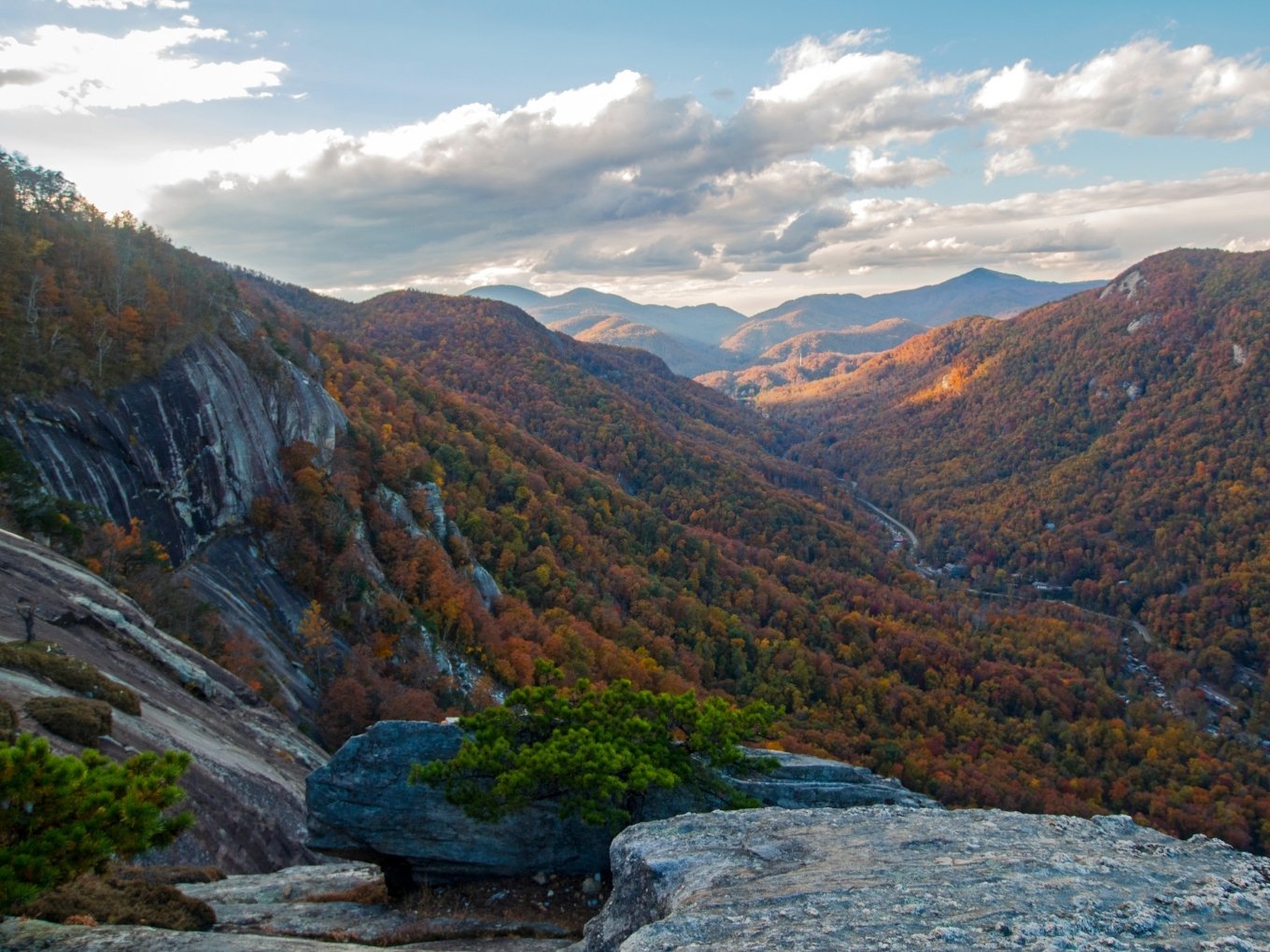 Flying into Asheville or Greenville Regional Airport and staying close to the Park in one of the rustic lodges is the best way to get the most out of your trip to Chimney Rock State Park!

Dining Options In Chimney Rock State Park: The only dining option in Chimney Rock State Park is its only cafe, the Sky Lounge Deli, located atop the mountain featuring snacks and beverages, and patio seating with spectacular views. There’re a few other eateries in the town of Chimney Rock that are located pretty close to the Park, including Riverwatch Bar & Grill, popularly known for their burgers, La Montaña Mexican Restaurant serving authentic Mexican food, and the Old Rock Cafe of American classics.

Things To Do In Chimney Rock State Park 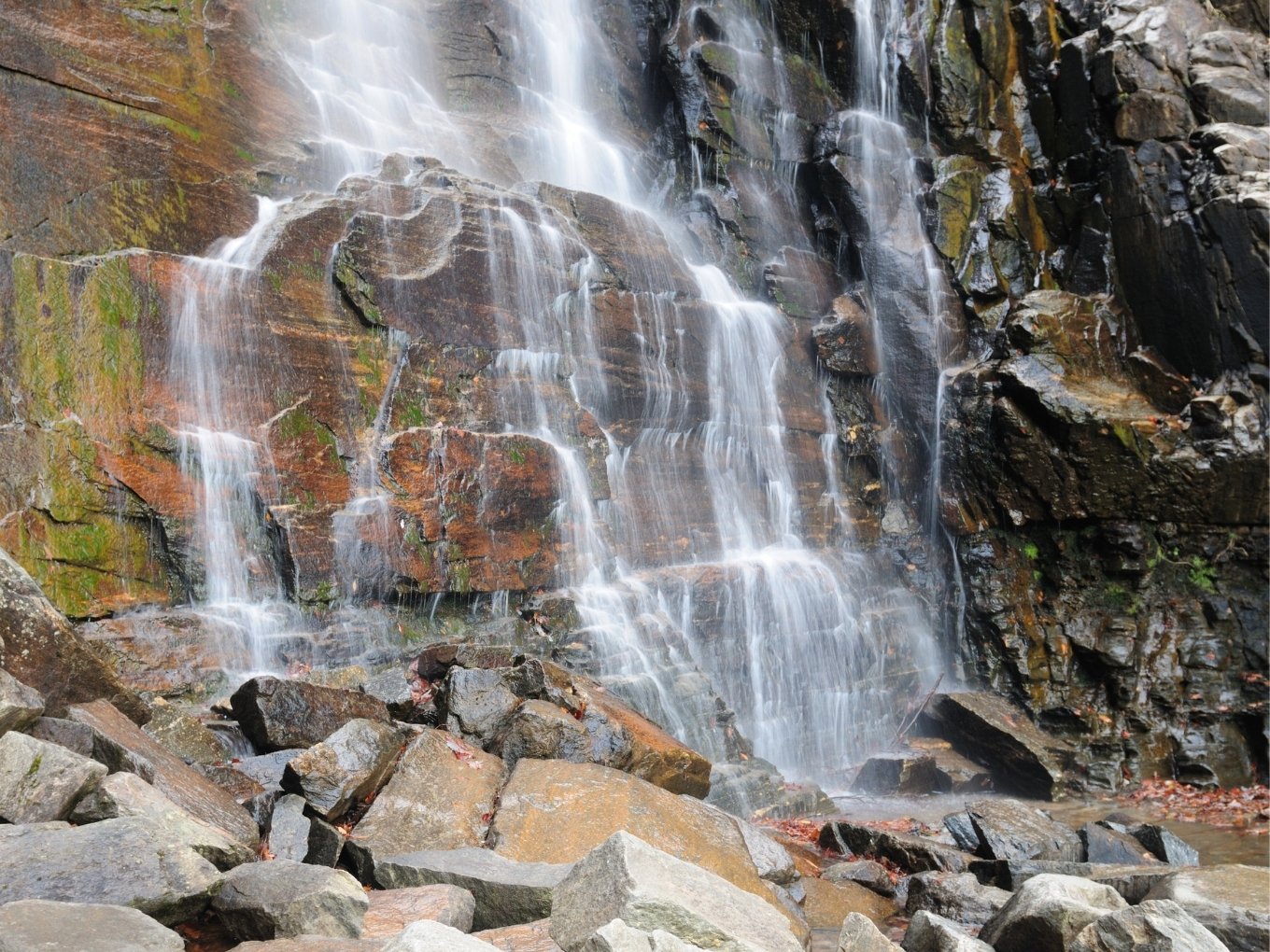 Animal Discovery Den: Located near the lower parking lot at Chimney Rock State Park, the Animal Discovery Den features a nature trail with several exhibits and display stations, including various live animals. This is a very short and easy hiking trail, about 0.5 miles, and an excellent choice for families with kids. 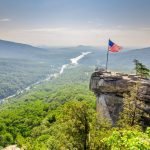