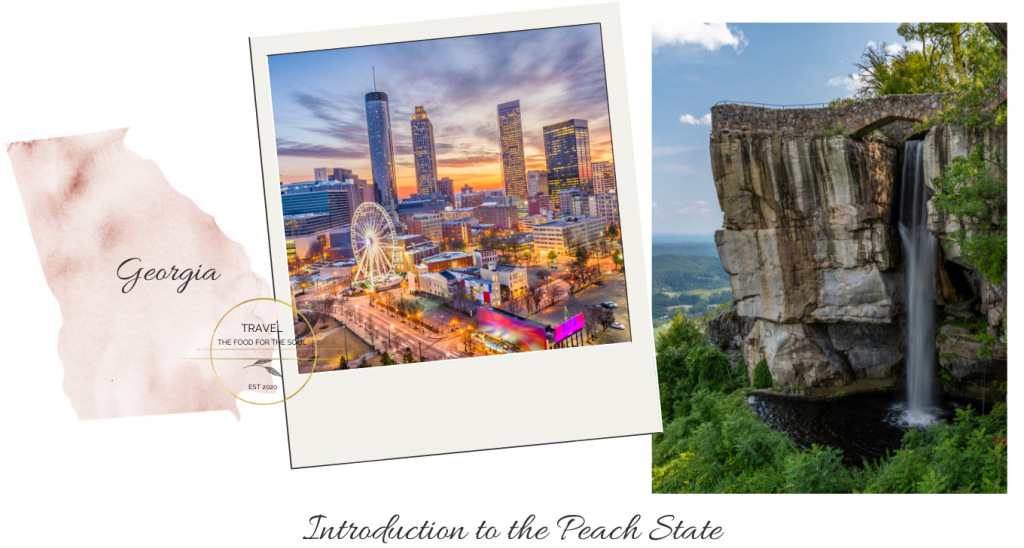 Georgia: Bustling downtown with several attractions, beautiful gardens and parks, and my favorite, the World of Coca-Cola. Georgia has something for all age groups! Here is my Georgia travel guide outlining major Georgia attractions!

To make it easy for you to navigate the content, I have organized my Georgia travel guide into two sections. (1) A brief introduction to Georgia, a little history, some geography, commute, and weather. (2) Major Georgia attractions, if you wish, you can skip the introduction and move on to the next section, Georgia Attractions.

History: Georgia was admitted to the union as the 4th state on January 2, 1788. The state was named after England’s King George II and got its nickname, the Peach State, from the high qualities peaches that are grown in the state. Georgia is the nation’s leading producer of peanuts, pecans, and pimiento peppers.

Drive: If you live in any of the neighboring or southeastern states, you could drive to Georgia. 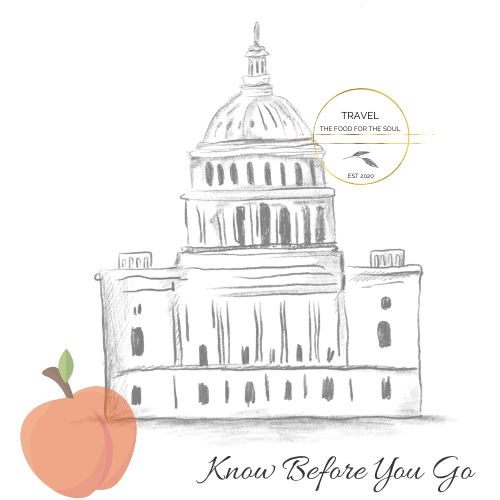 Getting around: I recommend renting a car, but there are few other options – MARTA, when traveling in Atlanta Metro area, CAT – in Savannah area and GRTA – Georgia Regional Transit Authority, connecting some other regions of Georgia.

Best Places To Visit in Georgia 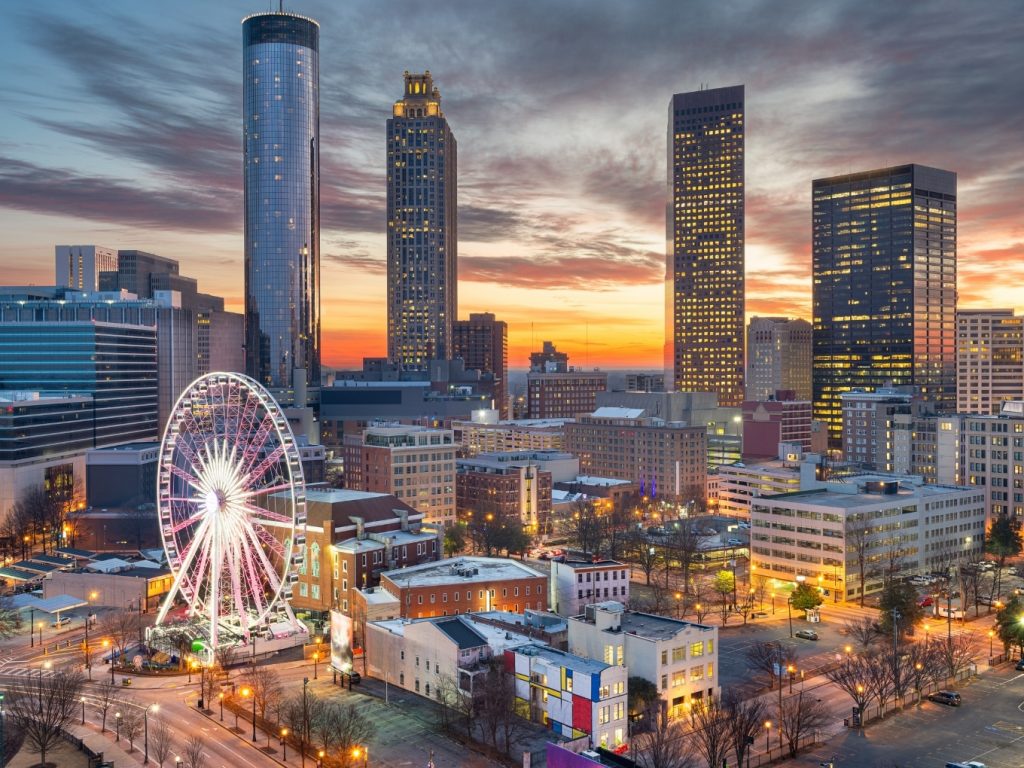 The downtown is the city’s busy central business district and home to some major attractions: the Georgia Aquarium, the World of Coca-Cola, the CNN Studio, the College Football Hall of Fame and restaurants. 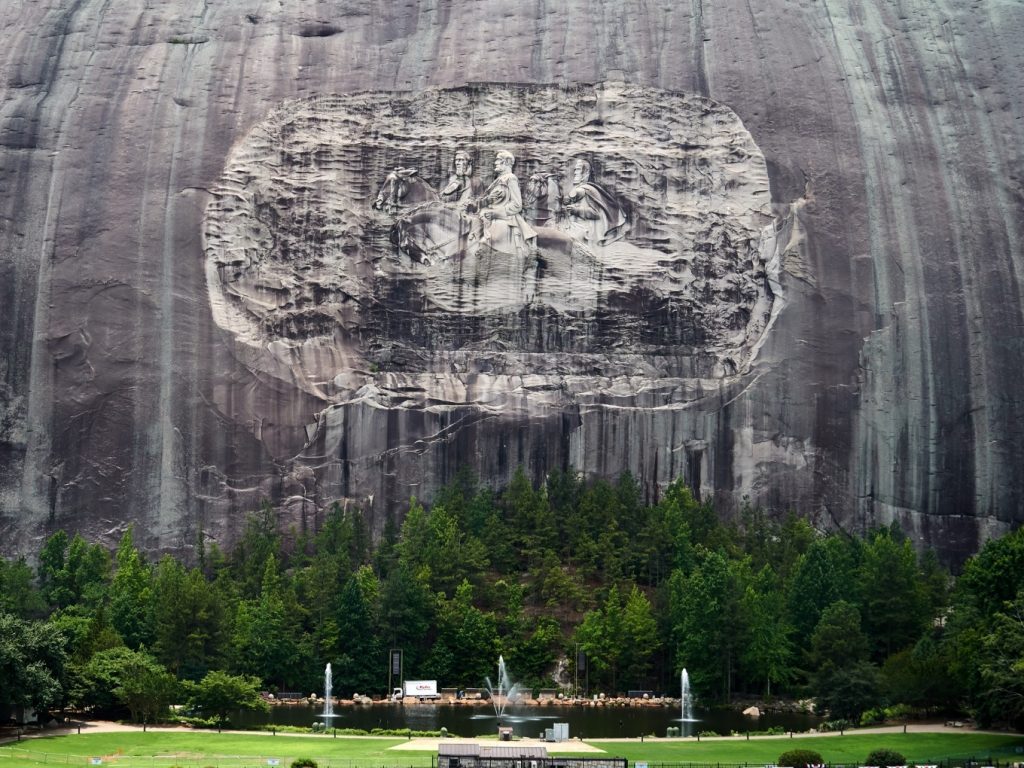 Is home to several attractions, including Sky Hike, Scenic Railroad, 4D movie, the world’s longest running lasershow and the largest high relief sculpture in the world, the Confederate Memorial Carving. 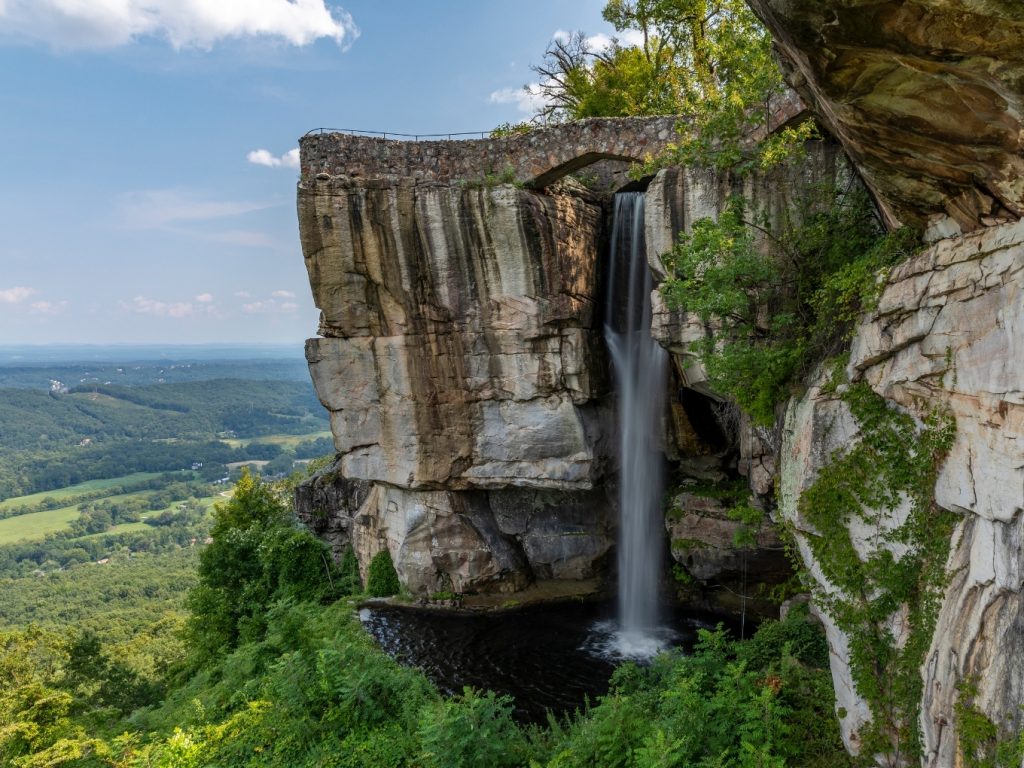