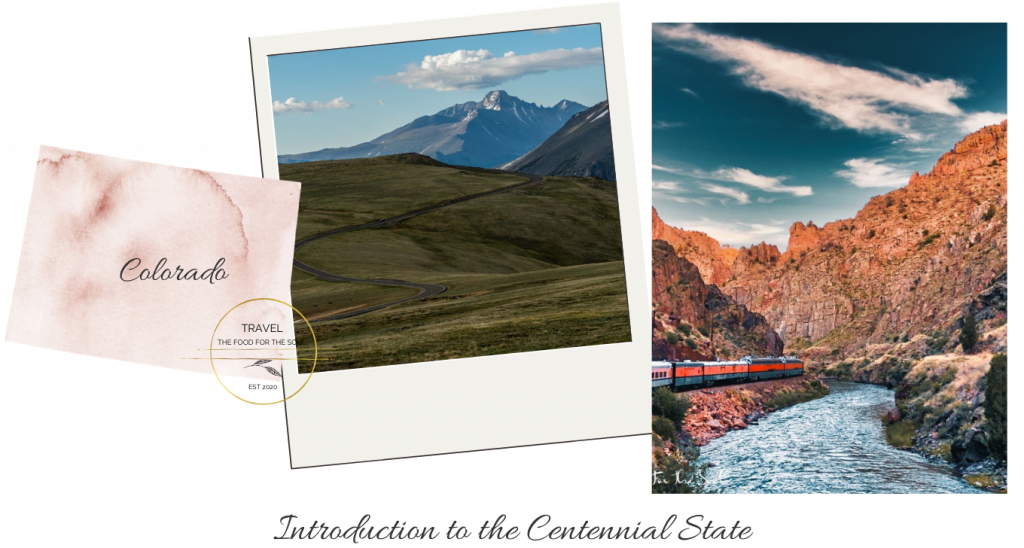 Colorado: There is so much to do and see in Colorado that you will need multiple trips to explore everything! Besides the popular attractions like the Rocky Mountains, Pikes Peak, Garden of Gods, etc. Colorado has several other hidden gems that you must-see, like the Royal Gorge Route Railroad, Royal Gorge Bridge Park, Broadmoor Seven Falls, and a lot more. Here is my Colorado travel guide outlining major Colorado attractions!

To make it easy for you to navigate the content, I have organized my Colorado travel guide into two sections. (1) A brief introduction to Colorado, a little history, some geography, commute, and weather. (2) Major Colorado attractions, if you wish, you can skip the introduction and move on to the next section, Colorado Attractions.

History: The area, today called Colorado, was ceded to the United States in 1848 with the Treaty of Guadalupe Hidalgo that ended the Mexican-American War (1846-48). Later in 1876, Colorado joined the union as the 38th state. Colorado is the highest state and has mountains reaching 14,000 feet. It’s also home to the  Grand Mesa, the world’s most extensive flat-top plateau. Colorado got its nickname, the Centennial State because it entered the union in 1876, 100 years after the signing of the Declaration of Independence. The Colorado State is a leader in the manufacturing of scientific and medical instruments and is also a primarily agricultural and mining state.

Geography: Colorado is bordered by Wyoming and Nebraska in the north. To the south is New Mexico and Oklahoma. In the east, it’s bordered by Nebraska and Kansas and to the west by Utah. The highest point in Colorado, and the entire Rocky Mountains, is Mt. Elbert at 14,440 feet above sea level. Colorado is the highest state and has mountains reaching 14,000 feet. It’s also home to the  Grand Mesa, the world’s most extensive flat-top plateau.

Flight: Denver International Airport (DEN) is the most popular and busiest airport in Colorado. However, there are few other regional airports, including Colorado Springs Municipal Airport (COS) and Montrose Regional Airport (MTJ).

Drive: If you live in any of the neighboring states, you could drive to Colorado.

Climate: Colorado has very diverse climate types: tundra, subarctic, continental, subtropical, semi-arid, and cold desert in the various regions of the state. On average, Summers are hot with high temperatures regularly crossing 95°F, and winters are severely cold with temperature dropping below -10°F. The best time to visit Colorado for sightseeing activities is May – October, winter months are mainly for skiing. Check current weather conditions in Colorado.

Getting around: There is so much to see in Colorado, I highly recommend renting a car, but if you’re planning to stay within the city of Denver or Boulder you could use the light rail and bus service offered by RTD. I also recommend purchasing a multi-attraction discounted pass from CityPASS that would cover all major Denver attractions.

Best Places To Visit in Colorado 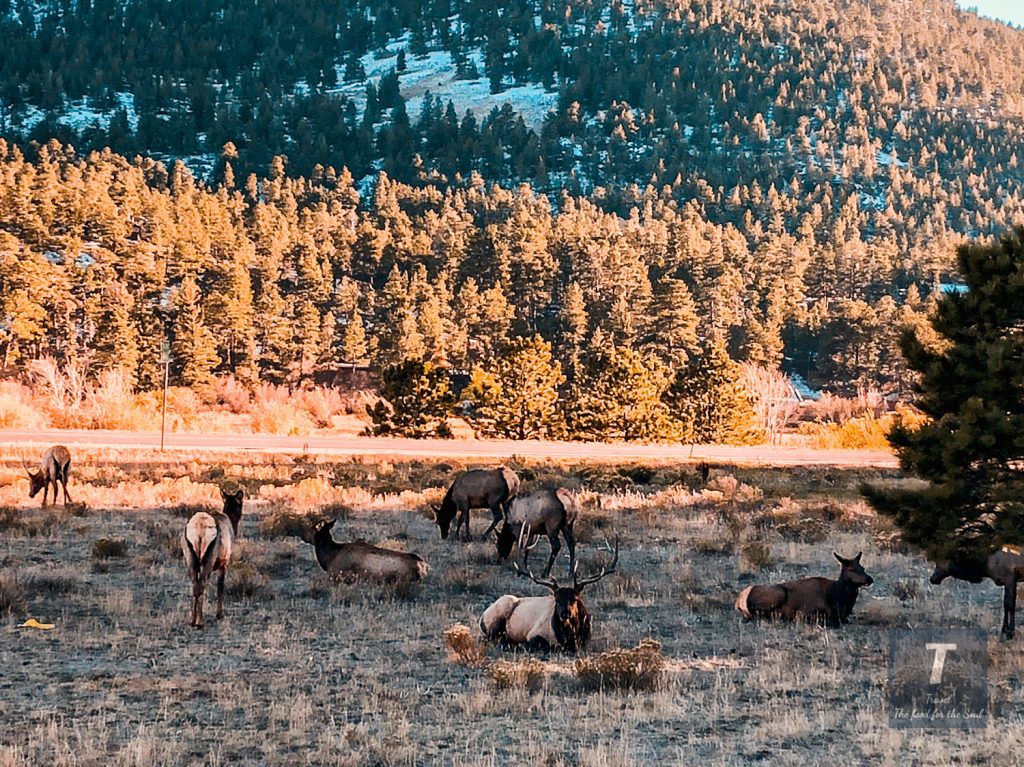 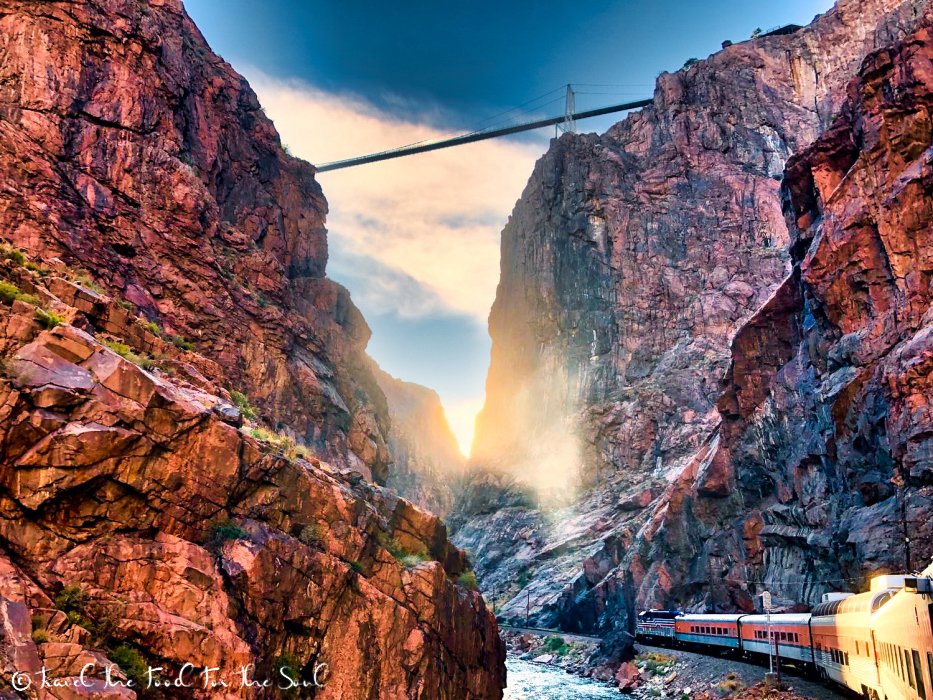 America’s most spectacular rail journey, once described by President Teddy Roosevelt as “the trip that bankrupts the English language!” is an extraordinary train ride and a must-do. 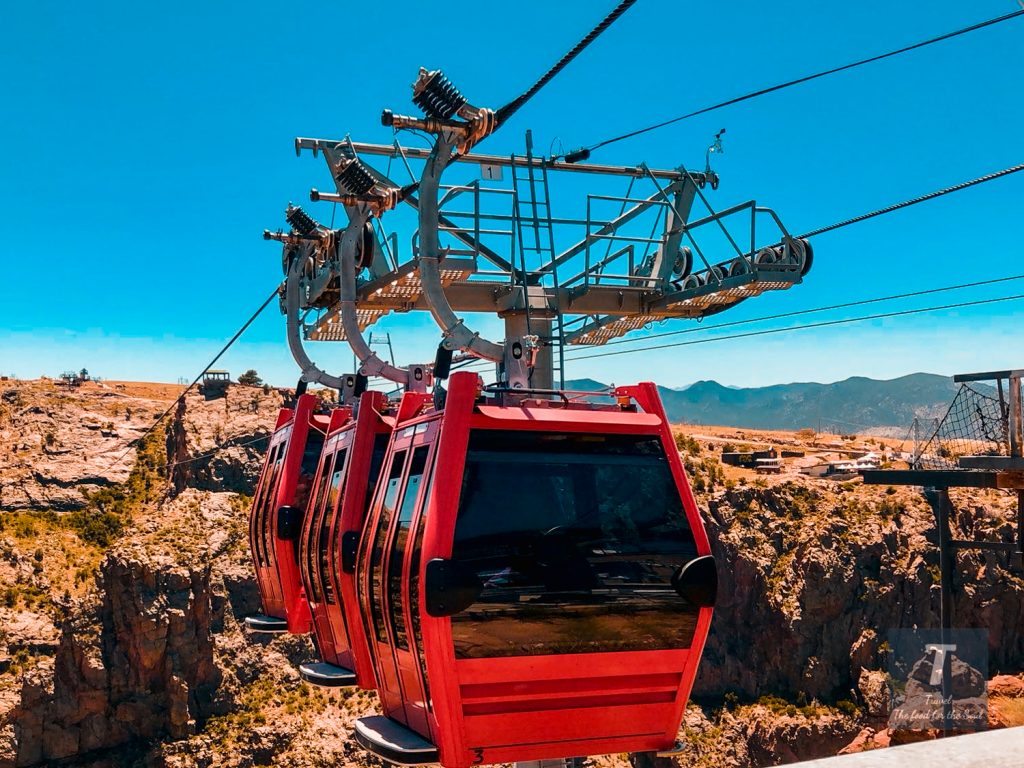 The Park is a popular attraction near Cañon City, Colorado, home to America’s highest suspension bridge, a Zipline, and packed with several thrill rides along the edge of the Royal Gorge. 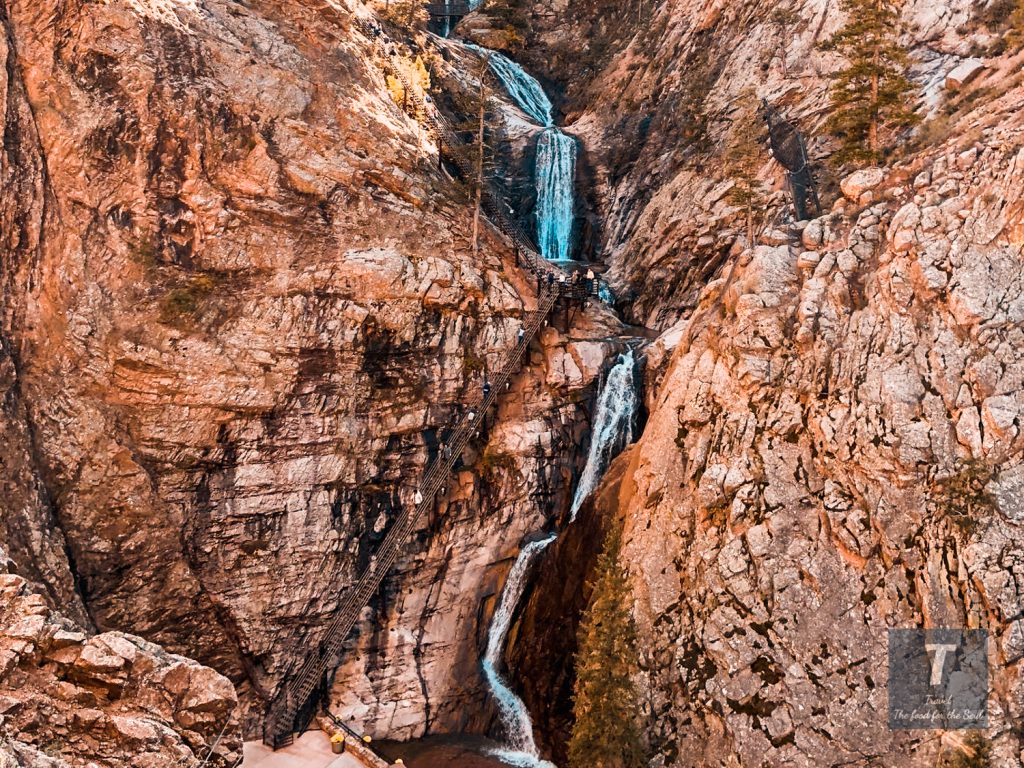 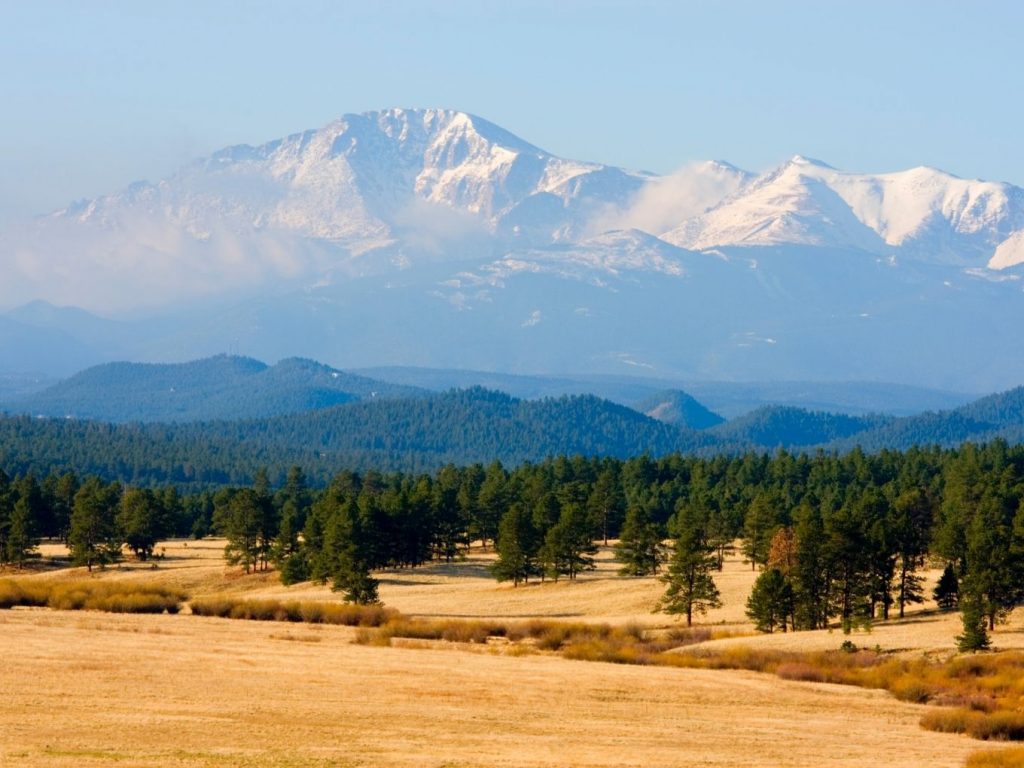 Pikes Peak, located in the Pike National Forest, Colorado, is the highest summit of the Southern Range of the Rocky Mountains. The summit offers some breathtaking sweeping views of Colorado. 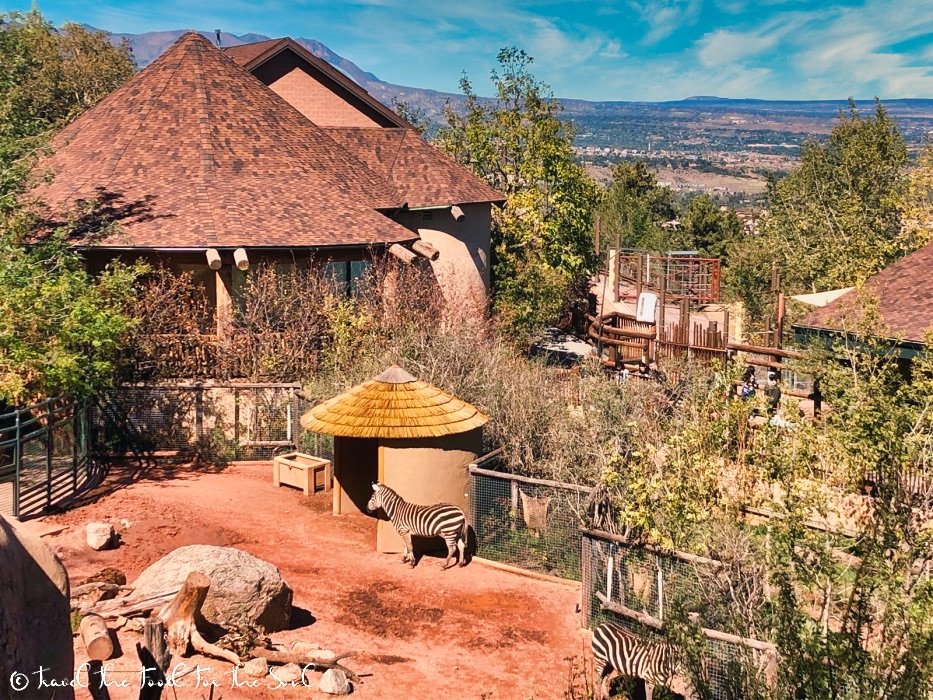 Located in Colorado Springs, is America’s only mountain zoo, at an elevation of 6,800 feet above sea level, it offers a unique combination of breathtaking views of the city and its collection of animals. 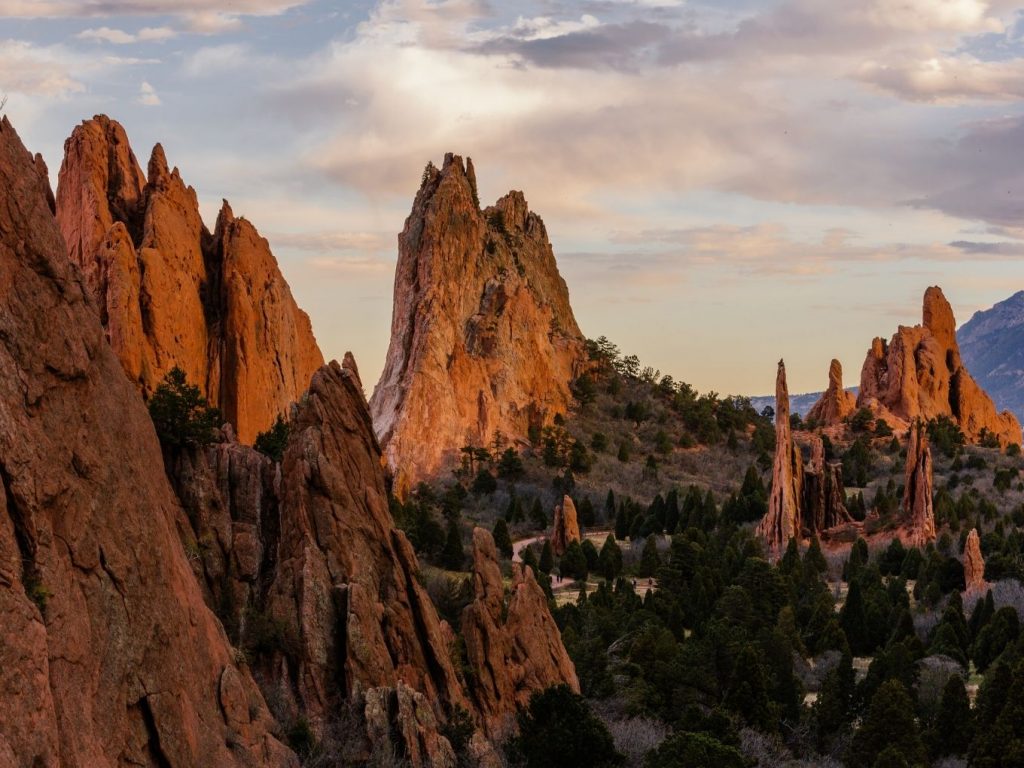 Garden of the Gods

Garden of the Gods Park, located in Colorado Springs, is a National Natural Landmark, offering dramatic views of tall red sandstone formations, it’s so beautiful that it’s considered the meeting point for Gods. 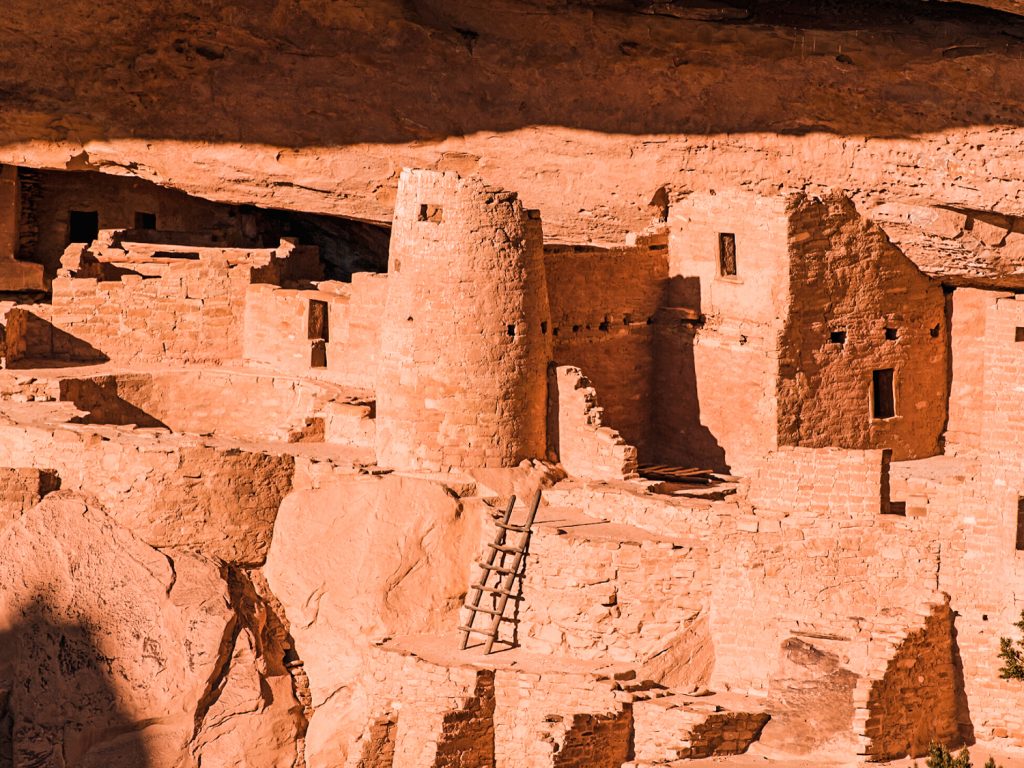 Mesa Verde National Park, in Montezuma County, Colorado, is a UNESCO World Heritage Site. The park protects some of the best-preserved Ancestral Puebloan archaeological sites in the US.